The Prime Minister already has a reputation for being chaotic (Picture: Getty)

Boris Johnson has been accused of leaving top secret government papers lying around ‘where it could be read by any visitor’, sparking major security concerns.

The Prime Minister left highly classified intelligence documents unattended in his family flat and at Chequers, according to an account in The Sunday Times.

Mr Cummings is believed to have stepped in after finding the highly classified material at one of Mr Johnson’s properties and in the upstairs part of the PM’s official retreat, Chequers.

Ex PM Theresa May’s former chief adviser Nick Timothy said that Strap papers – which are identifiable because they are printed in pink – would put lives at risk if they fell into the wrong hands.

‘For those making light of STRAP material, it’s classified that way because it often depends on covert human intelligence sources’ he tweeted.

‘(That) means if you’re indiscreet with the information, you’re putting the source’s life in danger.’ 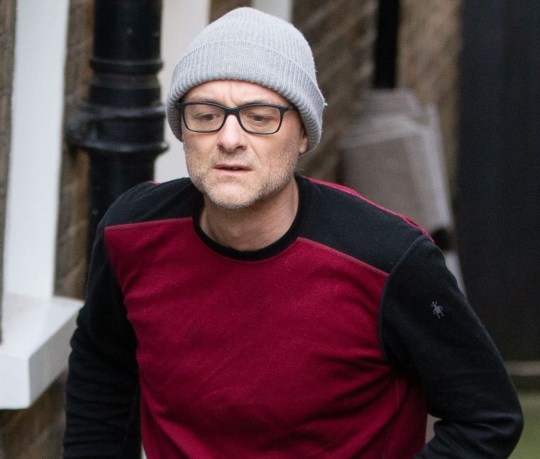 The revelations come with the PM facing continued pressure over lockdown-busting parties at Downing Street.

The Sue Gray report into the various incidents at Number 10 is expected to be published on Monday with heavy redactions, amid an ongoing police investigation into partygate.

The PM’s future remains in doubt but the mood among Tory MPs is said to be shifting away from the idea of ousting him in a vote of no confidence.

However, more letters could go in at any point and if 54 of Conservatives do so then there will be a vote on Mr Johnson’s leadership.

After discovering the papers, Mr Cummings is said to have agreed with Martin Reynolds, the PM’s under-fire principal private secretary, that Mr Johnson should only be given sensitive documents in his office or downstairs in his Downing Street home or Chequers, a Number 10 source told the Sunday Times.

For those making light of STRAP material, it’s classified that way because it often depends on covert human intelligence sources. Which means if you’re indiscreet with the information, you’re putting the source’s life in danger.

Mr Johnson is known for his chaotic style, with Conservative MPs referencing an apparently poor grasp of detail and administration as major issues with his premiership.

A third source told the paper that the PM’s red box was regularly left outside the door of the flat on Saturdays.

‘He wouldn’t have touched it.’

Hunter collaborates with Killing Eve for their newest range of boots