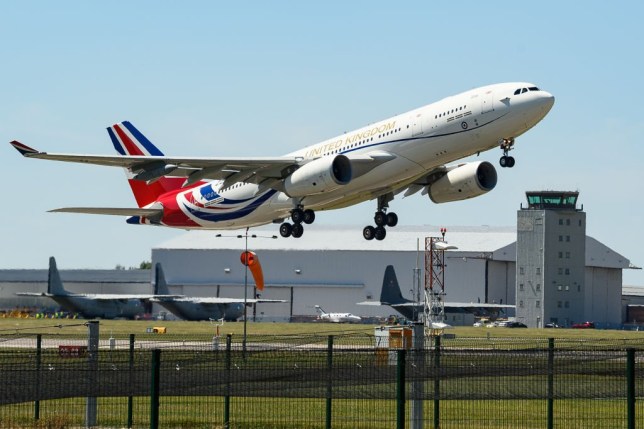 The Government has acquired a second ‘Brexit jet’ with the Union flag painted onto its tail.

Last year Boris Johnson had his main plane, the RAF Voyager, repainted with red, white and blue artwork. He drew criticism over the paintjob, which was estimated to have cost taxpayers £900,000.

It has now been revealed that a second plane, the Airbus A321, has been painted with the Union flag, the words ‘United Kingdom’ written in gold font, and also features ‘sharklet’ wingtips.

It is understood that the Prime Minister, cabinet ministers and members of the Royal Family will use the A321 for smaller trips to Europe or even the US East Coast. Mr Johnson’s first plane, the A330, will be used for longer trips.

The A321 arrived in Stansted Airport, from Norwich, on Friday evening and pictures of the plane’s new paintwork were shared on social media on Sunday.

The Government is leasing the A321 Airbus, the type of plane used for many commercial flights, from Titan Airways, The Independent reports. 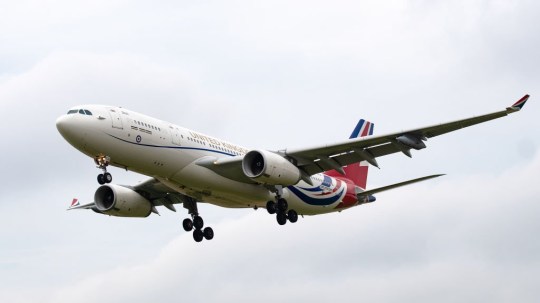 The planes have the Union flag painted on their tails and ‘United Kingdom’ painted in a gold font (Picture: Getty Images)

A spokesperson said that whilst commercial flights were always the ‘preferred option’, having these planes worked out to be ‘value for money compared to the ad-hoc hire of private planes’ when senior figures do need non-commercial air travel. They said the costs of the plane would be revealed later on.

The planes have drawn criticism from opposition ministers, including the former shadow minister for climate change Labour MP Clive Lewis. Mr Lewis said: ‘Why does he need two planes?


‘This is all about “Global Britain”, it is about the projection of influence and power, and there are better ways to show leadership in the world than having a carbon footprint the size of a Yeti.’

Other MPs have urged the Government to be more transparent about the cost to public money.

Stewart Hosie, the SNP’s shadow cabinet office minister, said the planes spoke ‘volumes in terms of the Tories’ priorities’ and criticised the Government for spending money on the jet while imposing pay freezes and Universal Credit cuts.

He added: ‘The Tory government must come clean over how much public money it has spent on this second private plane – given it is not long after it splurged nearly £1m of taxpayers’ cash on its first private plane – in the middle of a pandemic.’