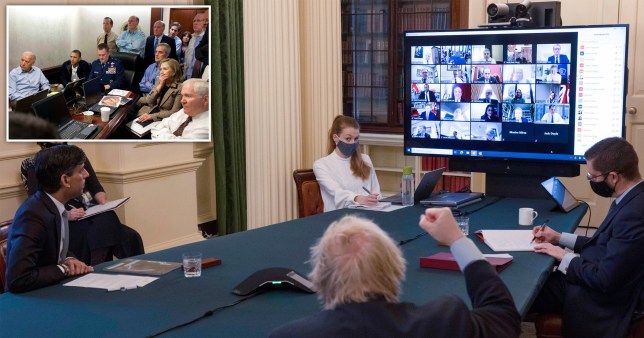 Boris Johnson is building a White House-style situation room beneath Whitehall for national emergencies, such as terrorist attacks, it has been reported.

The Situation Centre, also dubbed the ‘SitCen’, will cost more than £9 million to build, and will allow for the PM to meet with senior ministers and officials in the event of a crisis.

It is expected to open this summer, and will have a direct connection to Downing Street through a series of subterranean tunnels. The layout is likely to be similar to White House Situation Room used by US presidents.

Staff from the National Security Secretariat will watch over the room and use data analysis for ‘horizon scanning’ in a bid to identify threats, it was reported.

A source said the room would be filled with hi-tech gadgets such as heat maps, geostationary visualisations and interactive dashboards.

They told The Sunday Times: ‘At key moments we still get analogue government with no maps and PowerPoint presentations. 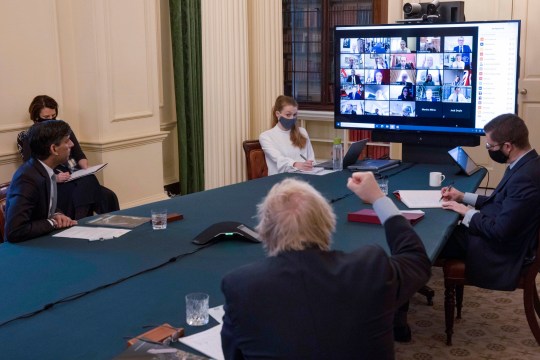 The Prime Minister is set to unveil his review of defence, security and foreign policy on March 16 (Picture: No10 Downing Street)

‘Coronavirus has shown that we need this. It will support a greater speed of decision-making.’

Another source said: ‘The time taken to collate data, brief ministers, understand situations and act on them will be reduced from weeks to minutes.’

A senior official told the Mirror the bunker was ‘just a room with some TV screens and a big table’, but also emphasised that it was ‘f**king cool, though’.

The focus on the bunker-type room comes as part of the Government’s first post-Brexit review of defence, security and foreign policy, which is due to be unveiled on March 16. 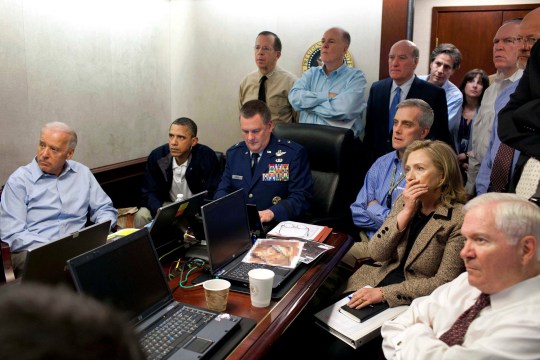 Presidents use a Situation Room for national emergencies in the United States (Picture: AP)

The document, known as the ‘integrated review’, was previously described by Johnson as the ‘biggest review of our foreign, defence, security and development policy since the end of the Cold War’.

It will then be followed by defence-specific papers setting out plans for the modernisation of Britain’s armed forces on March 22.