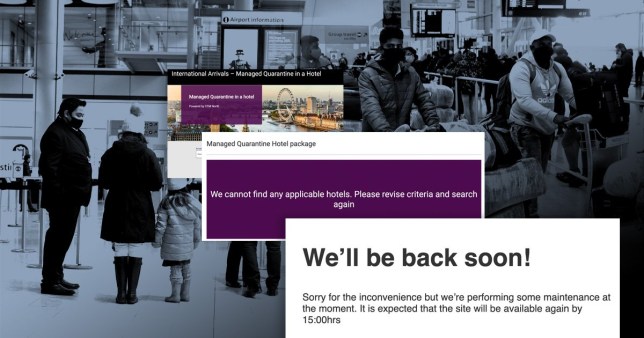 People were being told there were no hotels available for the first two days of the new rules (Picture: W8media)

The website where travellers need to book their stay in a quarantine hotel has crashed, with a message saying it is down for maintenance.

It comes after the site told people booking that there were no hotels available for the first two days of the new restrictions.

From February 15, people arriving into the UK from countries on a ‘red list’ deemed high risk for coronavirus will need to pay £1,750 for a hotel stay at a government-approved location.

The fee will cover transfer from the airport, food, board, security, and coronavirus testing.

However, anyone seeking to book a stay beginning on February 15 or 16 was told there were no rooms available. Dates after February 17 said that stays can be booked.

The Department for Health said: ‘Rooms are available from Monday 15 February and travellers will be able to book through the site imminently. The website is undergoing maintenance to correct a minor technical issue.’ 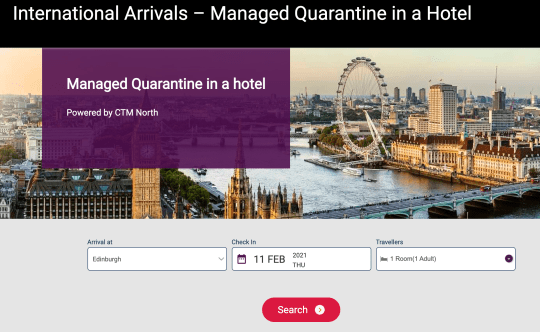 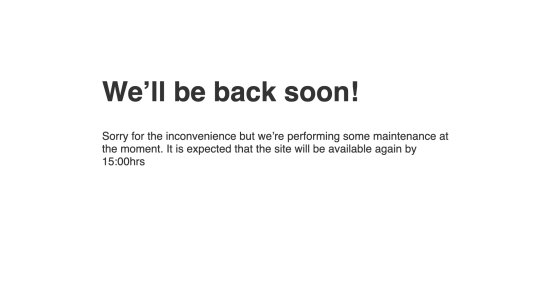 A message on the site says that it should be working again by 3pm.

Transport Secretary Grant Shapps said on Wednesday that the number of people currently travelling to the UK from red list countries ‘probably comes to less than 1,000 a day’.

Only UK nationals and residents are allowed to travel back from these countries, with holiday travel banned.

The rules apply to people who have been in ‘red list’ countries within the previous ten days.

Failing to quarantine in a hotel can lead to a fine of up to £10,000, and the government has threatened up to 10 years in prison for people who try to hide they have been in red list countries.

Labour leader Keir Starmer has criticised the government’s approach, saying the plan is destined to fail. 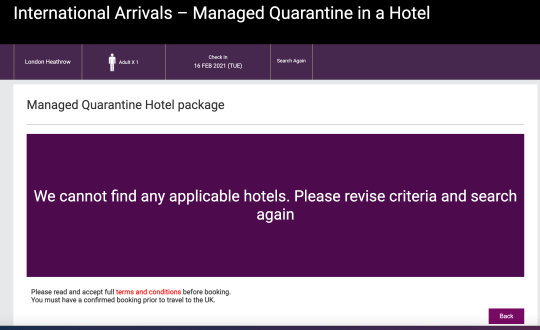 No hotels were available on the first and second days of the new rules (Picture: UK Government) 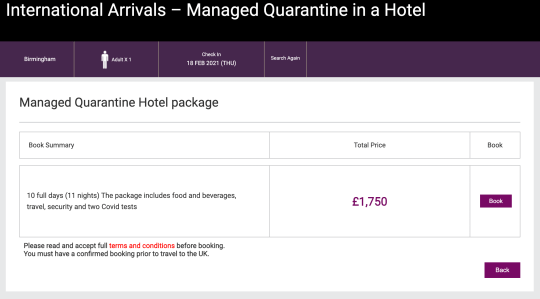 He said that around 10,000 travellers arriving in the UK from ‘higher-risk countries’ that are not in the red list every day will not have to quarantine in hotels.

The Labour analysis is based on the number of people travelling from countries where the South African or Brazilian coronavirus variants are circulating but which are not on the Government’s red list.

This includes locations such as France, Germany, Spain and the Netherlands.

Sir Keir called for the requirements in England to match those planned for Scotland, which will require all international arrivals to self-isolate in hotels.

The Labour leader, who visited Heathrow Airport to speak to staff there, told reporters: ‘Our concern is that we now know that there are variants in countries that aren’t on the red list.

‘So this partial approach by the Government isn’t going to work.

‘We are at this crucial stage now where it’s a race between the vaccine and variants, and the only way through this is to buy time by having a comprehensive system of quarantine in hotels, wherever you come from.’