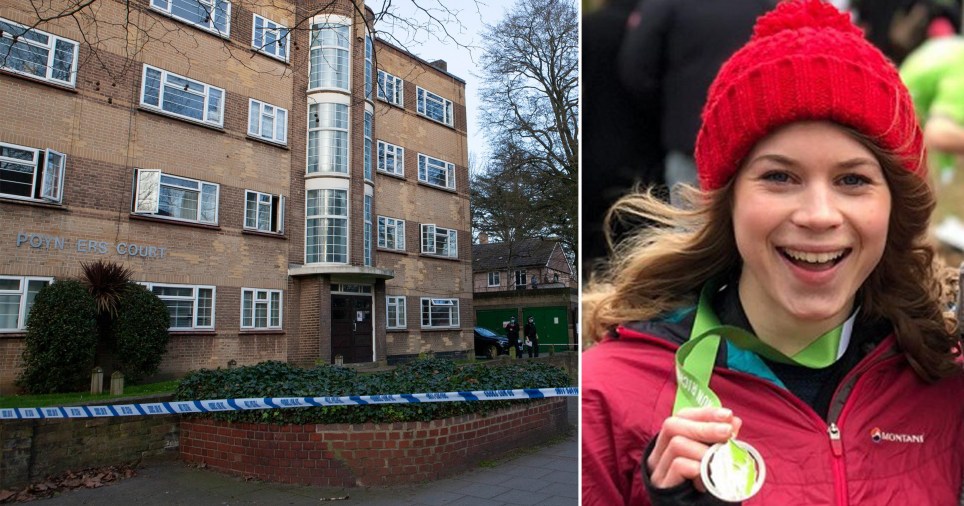 Detectives investigating the disappearance of Sarah Everard are now centring their search on the block of flats where she was last seen.

The 33-year-old marketing executive vanished after leaving a friend’s home in Clapham, south London, at around 9pm on Wednesday last week.

Footage from a doorbell camera shows her walking along the A205 Poynders Road towards Tulse Hill, south of Brixton, at around 9.30pm that night.

This evening the Metropolitan Police cordoned off the block of flats she left and have released fresh images of her to hep their search.

Officers are still searching a number of other areas and have been using sniffer dogs to search the drains running along the road she walked along.

At around 6:30pm this evening police in forensic suits began photographing the road and pavement outside Poynters Court, as onlookers remained on either side of the cordon. 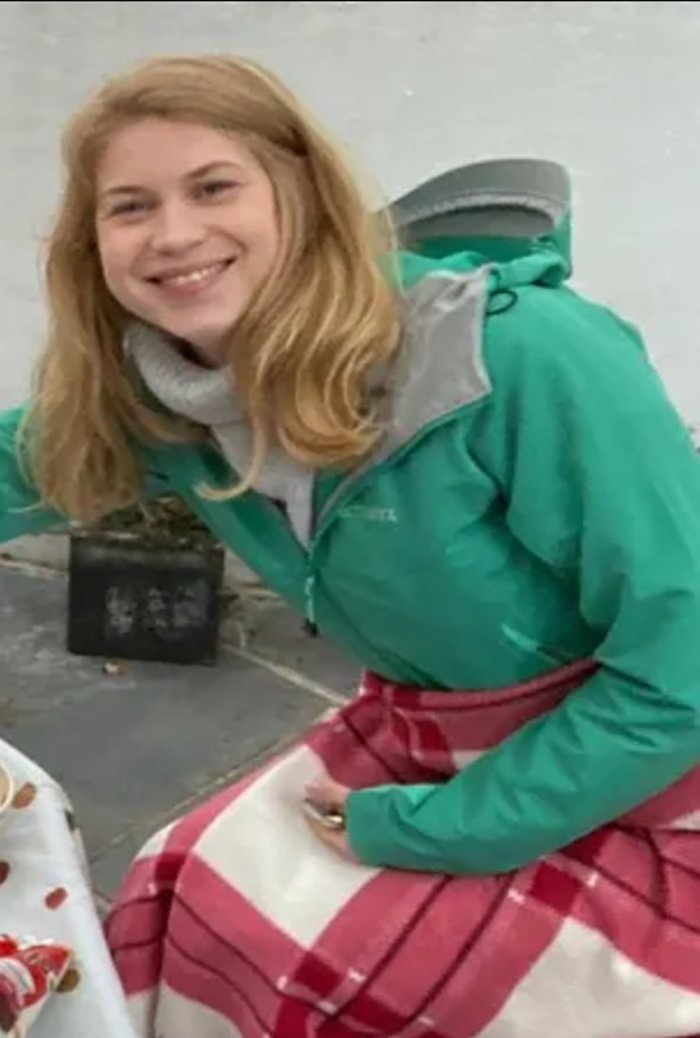 Officers stationed outside of the cordon told members of the public that the tape would remain in place across the road for at least another few hours.

One mother-of-three who lives in Poynters Gardens opposite said helicopters had been hovering around the area in the morning.

She said: ‘I was just coming back with my children. It’s terrifying.

‘I have children who get up early and head to school when it’s dark still sometimes. There’s lots of primary schools in the area. It’s quite frightening. 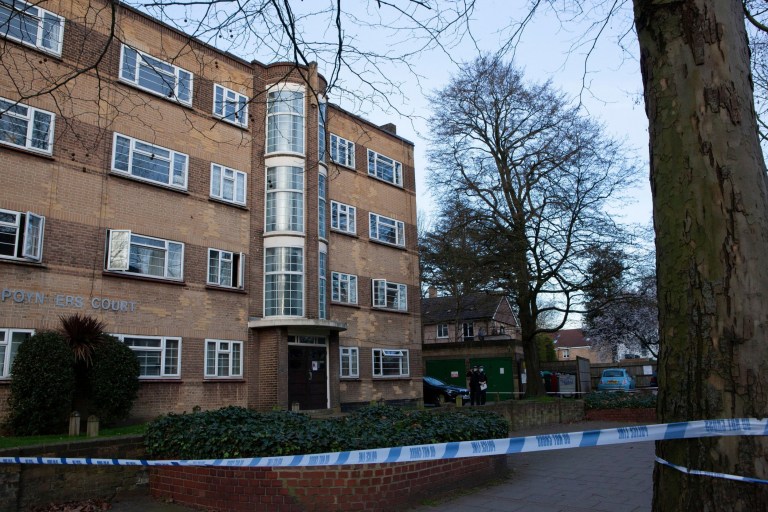 Police have turned their search to the block of flats where she was last seen (Picture: Alamy Live News)

‘The blue vans pulled up and there was men coming out in blue and white suits with plastic bags.

‘The police have been taking the names and addresses of the residents opposite.’

Detective Chief Inspector Katherine Goodwin, who is leading the Metropolitan Police investigation, said there was no information to suggest Ms Everard had ‘come to any harm’.

She said: ‘We’ve released two new images of Sarah as we continue to search for her.

‘Please take a look at them and consider if you saw her on the night she went missing. I am interested in hearing from people who may have been in the area from 9.30pm onward.

‘I want to remain clear that at this time we have no information to suggest that Sarah has come to any harm and we retain an open mind as to the circumstances.

Her family have said it is ‘totally out of character’ for her to disappear (Picture: Met Police)

‘We share the wish of her family and friends to have her back safely with her loved ones.’

Ms Everard left her friend’s flat in Leathwaite Road, Clapham, at around 9pm on to the A205 South Circular, and is thought to have walked through Clapham Common towards her house in Brixton in a journey which should have taken around 50 minutes.

Her family have said it is ‘totally out of character’ for her to disappear.

Women living in the area near where she vanished told reporters they had been warned by police to be extra vigilant.

Scotland Yard said no official advice was being given to local residents, but it would remind them of ‘normal personal safety advice’. 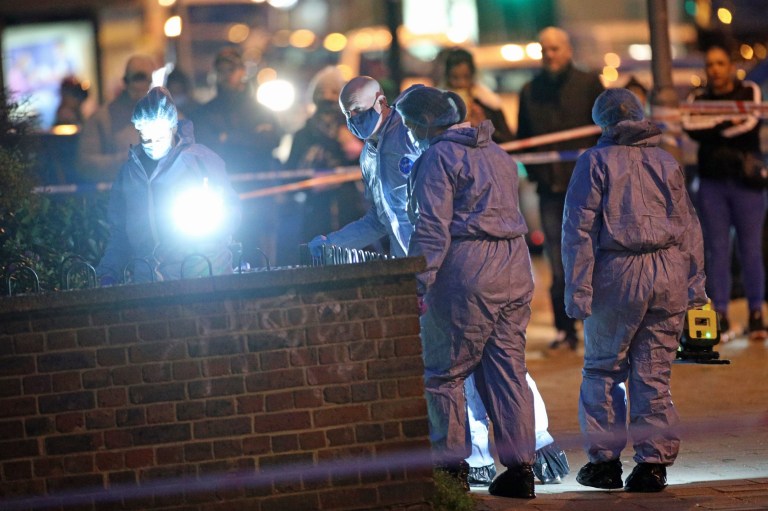 Investigators are not currently linking the disappearance to reports of women being followed in surrounding areas.

The Met said it had received more than 120 calls from the public and had visited 750 homes in the area as part of the investigation.

Ms Goodwin said: ‘We have seized a number of CCTV recordings but we know that there are likely to be many more out there.

‘Please, even if you’re not sure, check your doorbell or CCTV footage just in case it holds a clue. I’m also asking delivery drivers or anyone with dashcam footage who would have been in the Poynders Road area at approximately 9.30pm on Wednesday to come forward.’

The investigation is being treated as a missing person inquiry, but is being led by the Met’s Specialist Crime Command due to its ‘complex nature’and concerns for Ms Everard’s welfare, the force said. 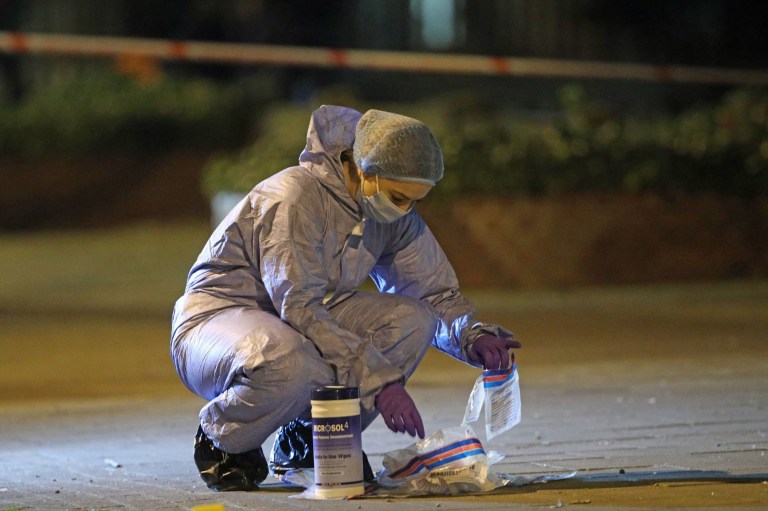 Investigators are not currently linking the disappearance to reports of women being followed in surrounding areas (Picture: PA)

She was last seen wearing a green rain jacket, navy blue trousers with a white diamond pattern, and turquoise and orange trainers. She is thought to have been wearing green earphones and a white beanie hat.

In an earlier statement, Ms Everard’s family said: ‘With every day that goes by we are getting more worried about Sarah.

‘She is always in regular contact with us and with her friends and it is totally out of character for her to disappear like this. We long to see her and want nothing more than for her to be found safe and well.

‘We are so grateful to the police and all our friends for all they are doing.We are desperate for news and if anyone knows anything about what has happened to her, we would urge you to please come forward and speak to the police. No piece of information is too insignificant.’