HELL hath no fury like a woman scorned, as one bed-hopping husband in Manchester found out after this humiliating revenge.

Residents woke up to a legion of posters pinned on trees, lampposts, bins, and even cars on March 6 in the North West, slamming an “unfaithful husband” for his illicit extra-marital activities. 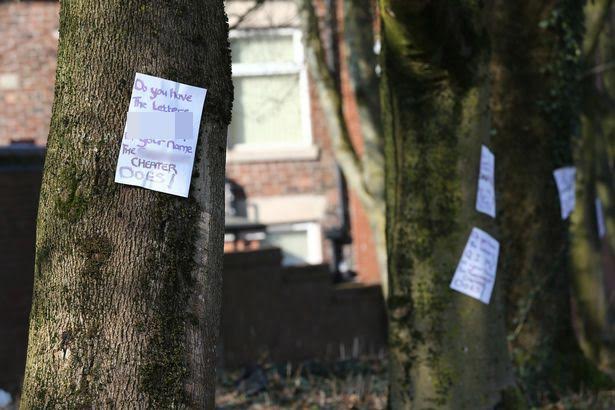 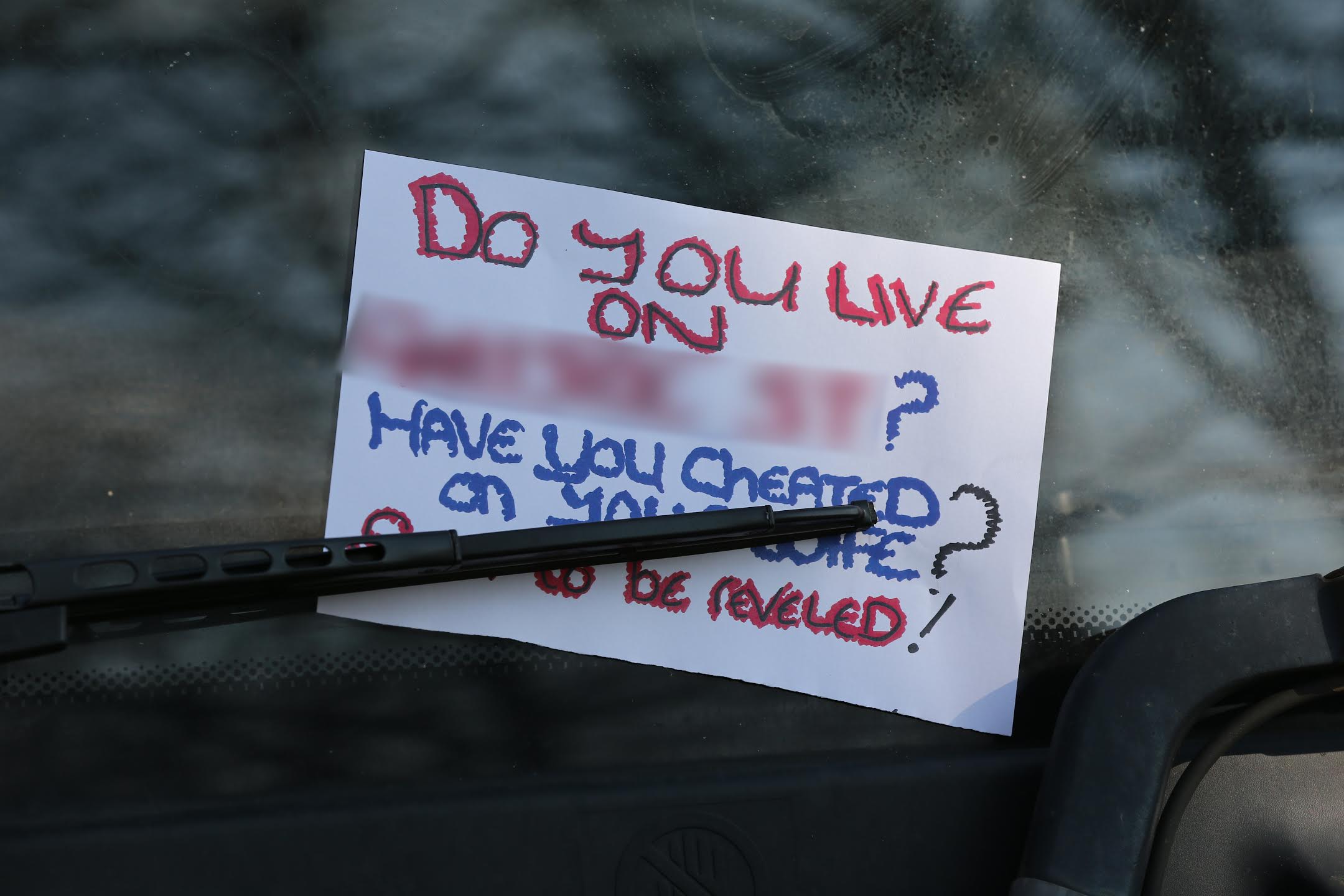 The posters appeared on Saturday morning on trees, lampposts, bins, and even cars

The handwritten A4 notes, emblazoned with “CHEATER ALERT”, were deposited across Glodwick and Alexandra Park in Oldham, outlining a series of clues alluding to the identity of the anonymous adulterer.

The unidentified author threatened to out the “unfaithful husband” before naming a local street and teasing, “find out soon”.

Another poster referring to the same street reads: “Do you cheat on your wife? Soon to be reveled (sic). Are you the ******* Street serial cheat?”

The wayward whistleblower then ups their antics, revealing some letters of the alleged cheater’s name on another poster. 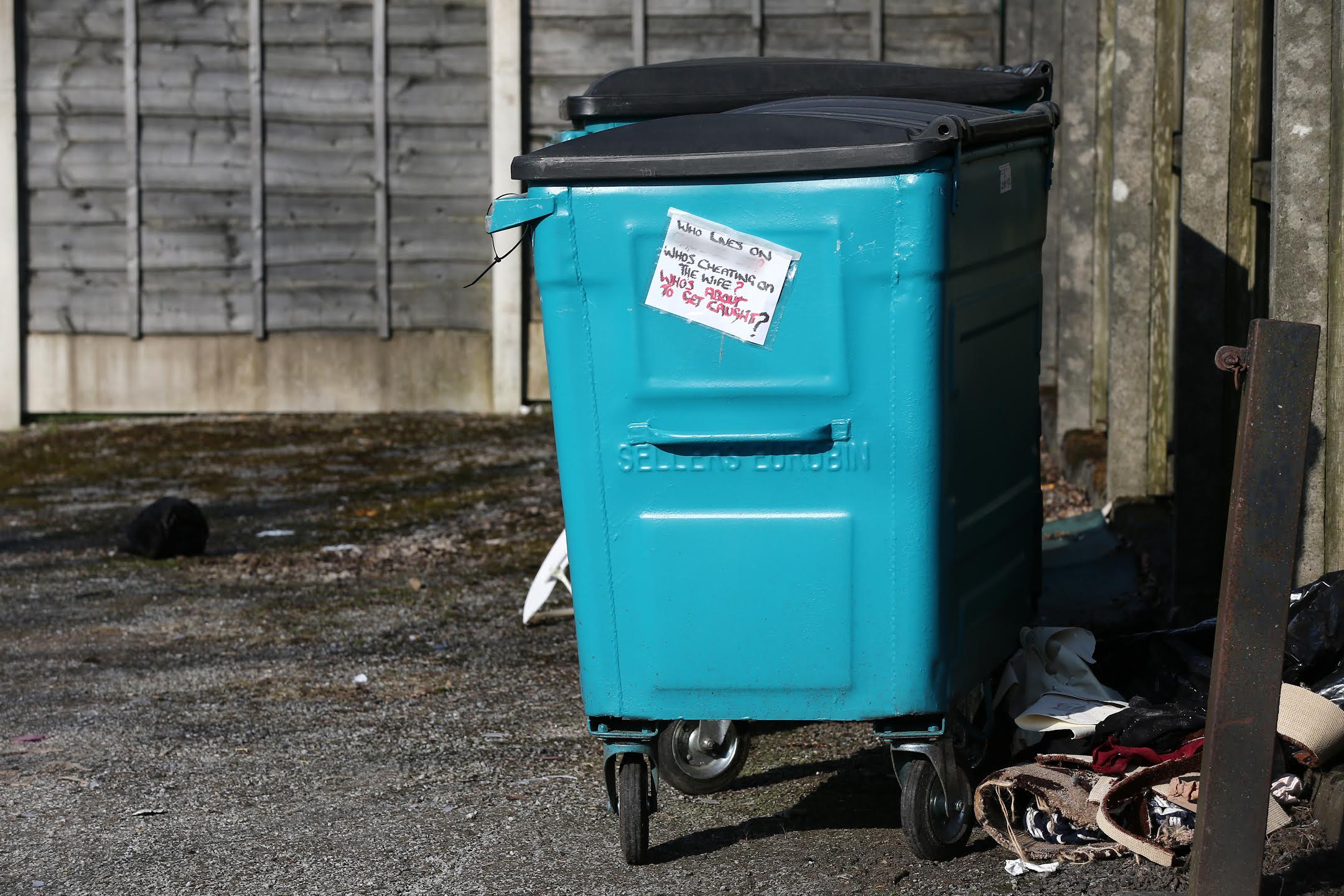 It states,”Do you have the letters (omitted) in your name? The cheater does!”

One note stuck to a bench asks, “Do you know where your husband is tonight? Last night? Last week?”

The renegade’s revenge has sparked a social media storm after pictures of the bizarre posters began circulating.

One user wrote, “This is super extra and unnecessary but I’m kind of here for it? The DRAMA mama.”

“The suspense is killing me! Wonder when she’ll make the next poster… Maybe her pens have ran out on her too,” another joked.

“Bet more than one man in Oldham is worried right now lol,” one commented.

It is not yet clear who is behind the eccentric exposing campaign, or when the supposed cheater will be revealed. 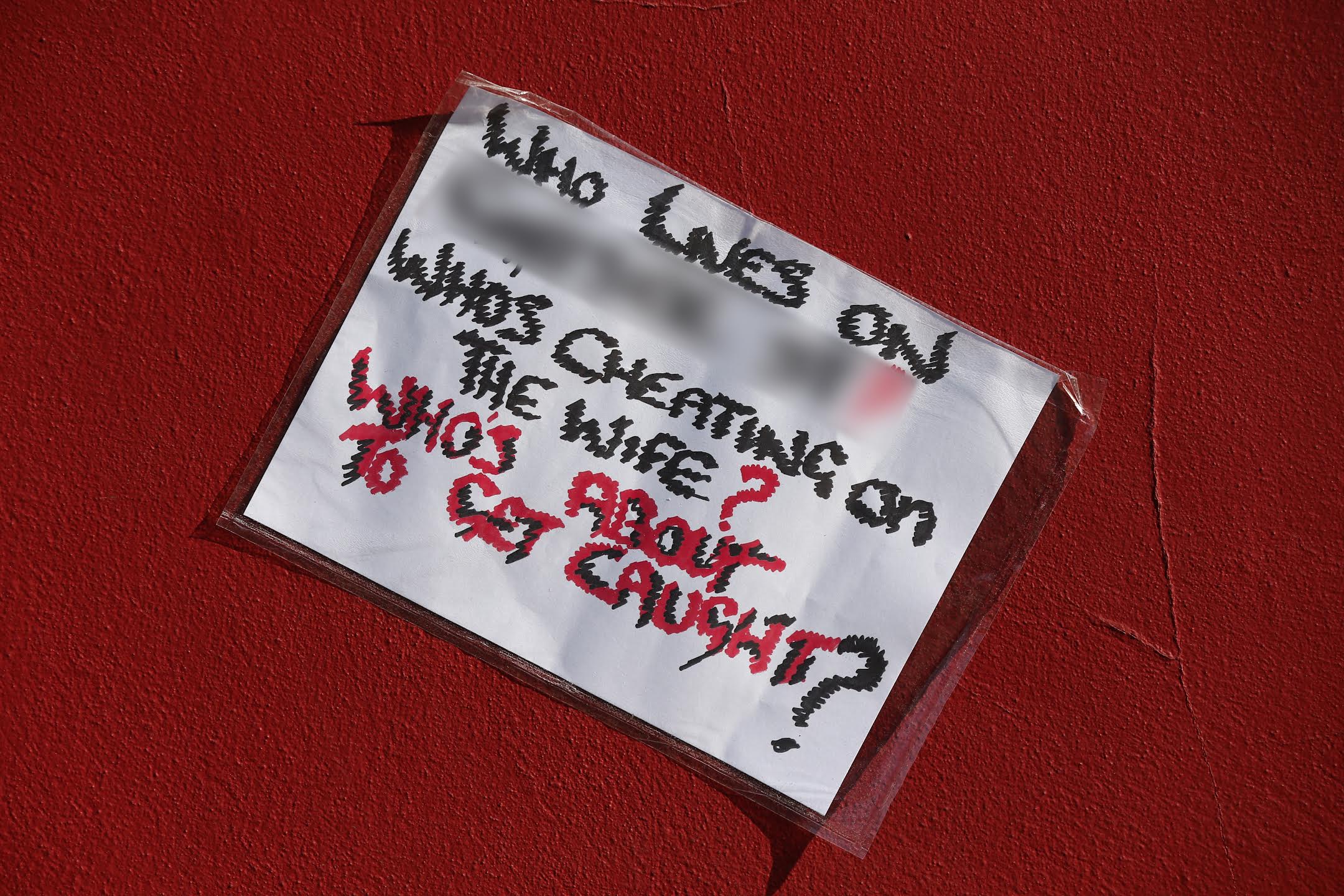