A recent scientific breakthrough in bionic eye technology could give sight to millions of visually-impaired people.

A team of researchers at the University of Sydney and University of New South Wales has successfully conducted bionic eye implant trials on sheep.

The trial found that it restored partial vision, remained compatible with the sheep’s body and even healed around the implant.

As a result, an application has now been made to start testing the implant in human patients.

‘There were no unexpected reactions from the tissue around the device, and we expect it could remain in place for many years,’ says Samuel Eggenberger, a biomedical engineer who worked on the implant.

‘We found the device has a very low impact on the neurons required to “trick” the brain … we expect it could safely remain in place for many years,’ said another researcher.

How does it work? 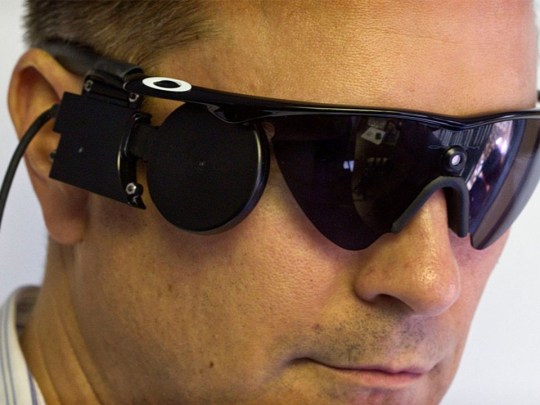 The implant creates an artificial retina through cameras mounted on eyeglasses and placed near the patient’s eyes. (Picture: Los Angeles Times)

Normally, a human eye’s retina senses light and sends electrical pulses to the brain to process it. Patients with degenerative retinal diseases lose this function over time, causing them to go blind.

The implant creates an artificial retina through cameras mounted on eyeglasses and placed near the patient’s eyes.

The cameras then convert light into electrical signals the way the retina normally would and the implant transfers those signals to the brain. With the remaining healthy cells in the eye, the implant can restore partial vision to the patient.

Biomedical scientists have been working on bionic eye implants over the years and the field has seen steady progress with new advancements successfully restoring partial vision.

A team in Germany developed a bionic eye implant several years ago using tiny panels of light-sensitive micro photodiodes to detect light and translate it into electrical pulses. 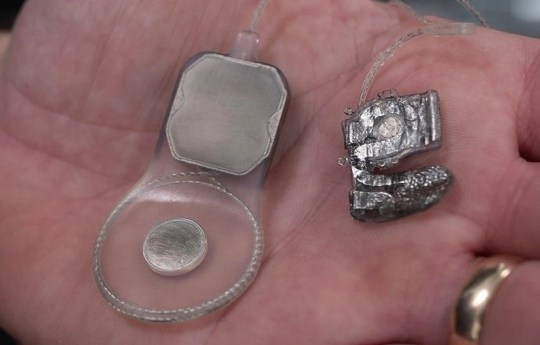 With no dependence on an external power source, the implant is a reliable option for trial patients who will only need to slip on the glasses with the tiny cameras attached. (Picture: University of Sydney)

The Phoenix99 has an advantage over previous models with its wireless power supply while the German implant required an external battery worn on a lanyard or necklace. Since it is powered transcutaneously, there is no need to implant a battery, let alone carry a large external power supply, increasing the patient’s independence.

With no dependence on an external power source, the implant is a reliable option for trial patients who will only need to slip on the glasses with the tiny cameras attached.

Increasing patient comfort and convenience could be key to boosting the adoption of bionic eye implants down the road. While the work is promising, the Phoenix99 implant will need to be tested on humans.

The question behind any new implant is what kind of sight it can restore. One of the main challenges of creating a functional bionic eye is replicating how the eye works. A trial for one implant in September 2021 was able to restore ‘sight’ to patients, where people could only make out flashes of light and shapes.

The future of the technology is optimistic, with a team of researchers at the Hong Kong University of Science and Technology developing a bionic eye that replicates the curve of a biological one and can even see more wavelengths of light.

Research still has a long way to go before vision can be fully restored to the blind. However, the success of each bionic eye model helps push the entire field along.

At least 2.2 billion people around the world suffer from some form of impaired vision, ranging from a mild level to total blindness, according to the World Health Organisation. The WHO says the financial impact of this is more than $25 billion (£18 billion) per year for the global economy.