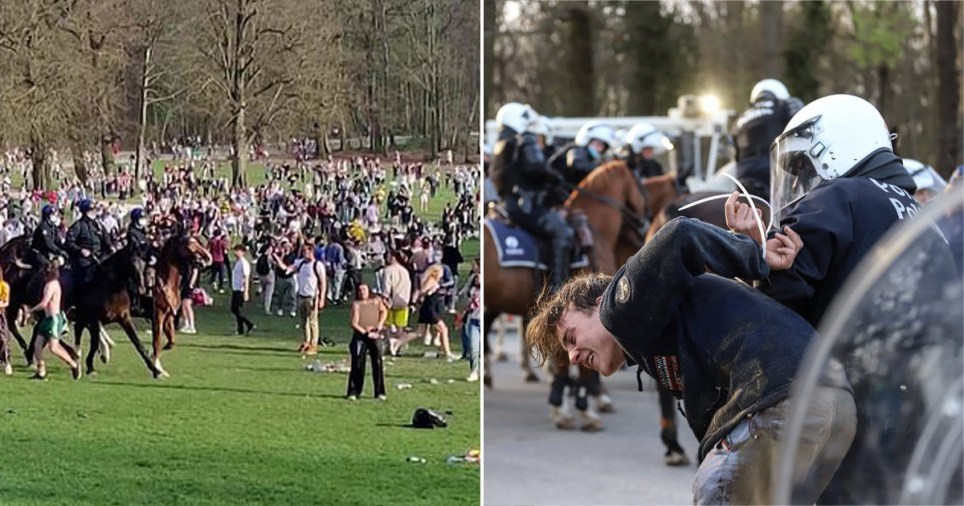 A woman was knocked to the ground by police on horseback at a April Fool’s Day party in Brussels (Picture: Dh les sports/REX)

A young woman was knocked to the ground by a horse as a party which began as an April Fool’s Day joke got out of hand in Belgium.

The announcement for the party, posted on Facebook in March, promised performances by singer and producer Calvin Harris and a one-off reunion of French band Daft Punk.

Despite police warning it was a fake event, a crowd of around 2,000 turned up regardless – leading to ugly clashes.

In footage posted on social media a topless woman was seen being mowed down as a unit of police on horseback moved through the revellers.

Worried party-goers gathered around the woman who is seen lying flat on the floor after being barged.

She was one of two event-goers who had to be taken to hospital, while eight in total were wounded. 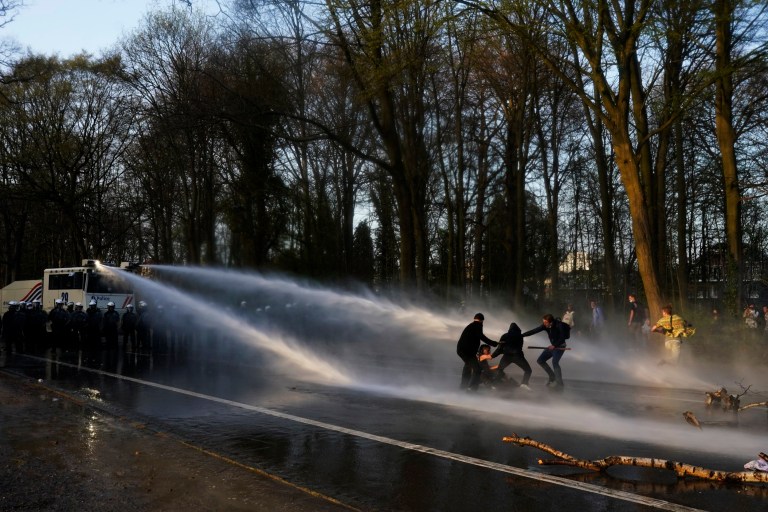 Police moved in to break up the crowds (Picture: AP) 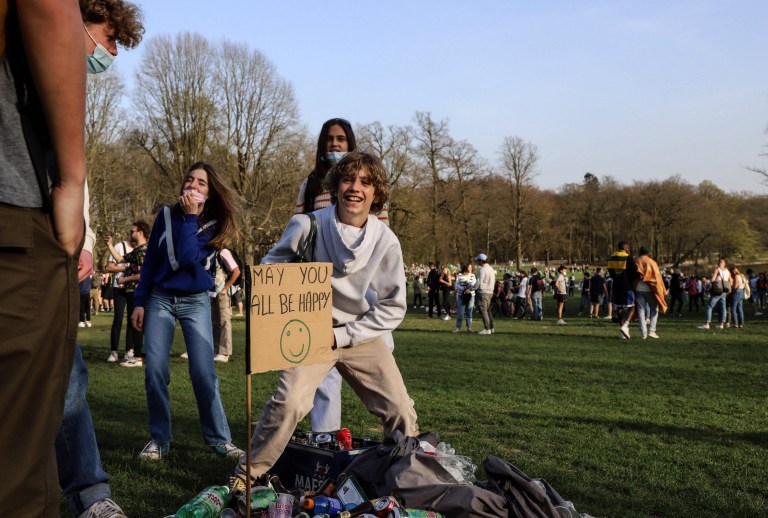 Around 2,000 people turned up in the park even though the event didn’t exist (Picture: REX) 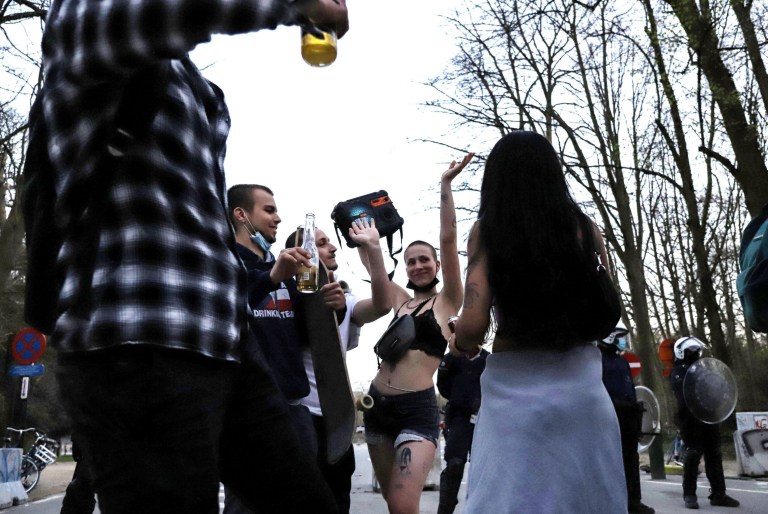 The festival turned out to be an elaborate April Fool’s prank (Picture: REX) 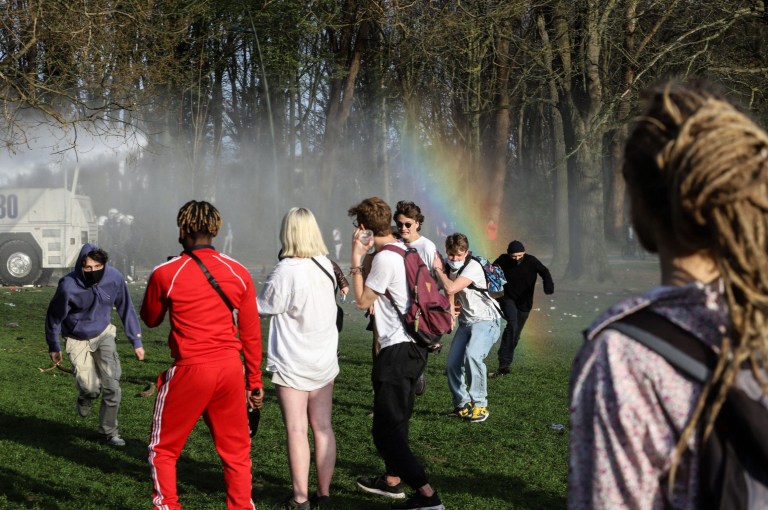 Eight were injured in the clashes (Picture: REX)

Tensions rose after police ordered the crowd to disperse toward the end of the afternoon.

People were seen throwing bottles and other projectiles at police, who used water cannons and tear gas to disperse the crowd.

Ms Van de keere said protesters damaged police vehicles and that seven police horses were injured. She said the situation returned to normal in the evening.

Large crowds have been gathering in Brussels parks this week to enjoy the unusually sunny weather, despite coronavirus restrictions limiting outside gatherings to four people. 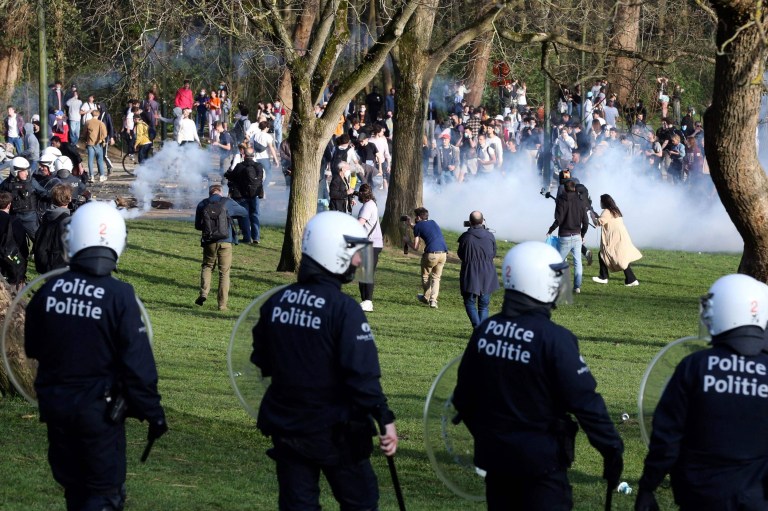 Some 22 people were arrested as scenes turned ugly (Picture: AFP) 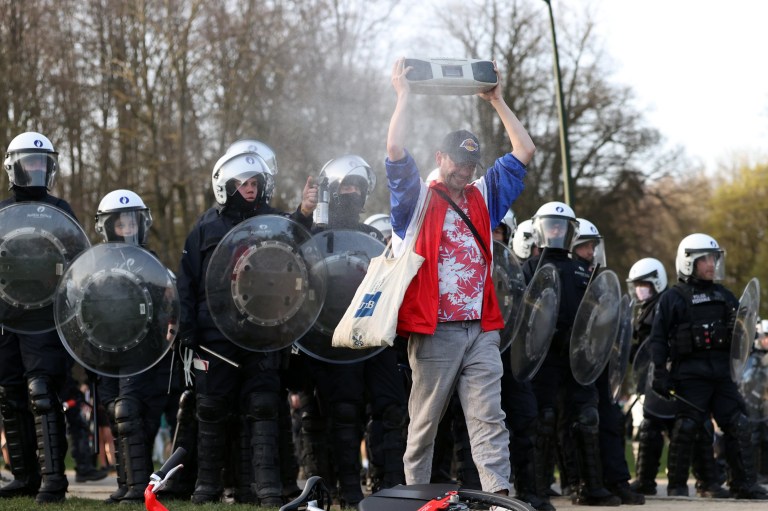 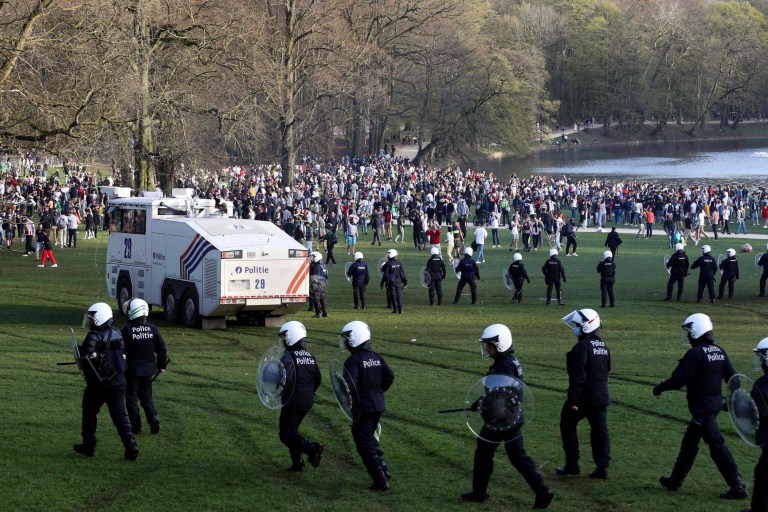 Only four people are allowed to meet together outside (Picture: AFP) 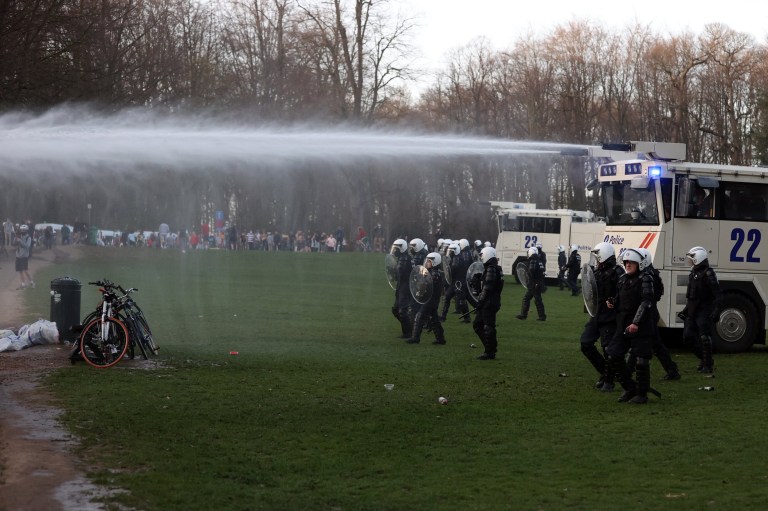 The park was busy anyway due to the hot weather (Picture: Getty)

Another event had been advertised for Friday in another Brussels park, promoted by a group called the Abyss.

The group said it does not question the government’s strategy but fights for citizens’ rights to gather outdoors.

Belgium has reported over 882,000 confirmed coronavirus cases and more than 23,000 virus-related deaths. 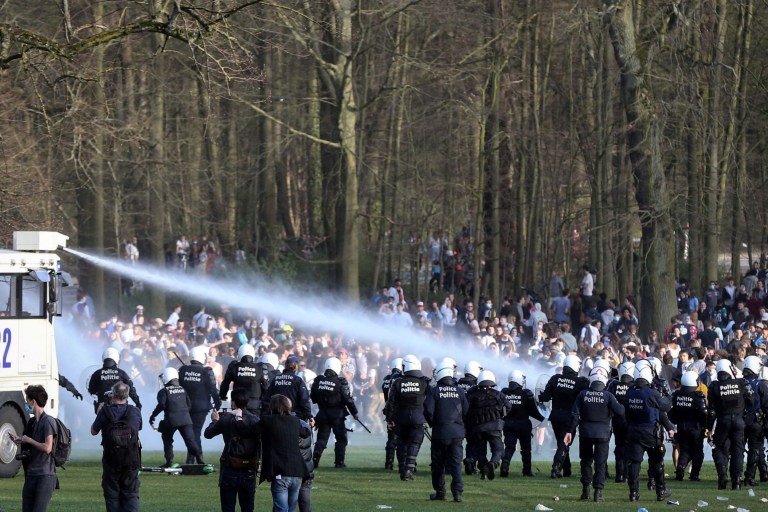 Police had warned party-goers to stay away (Picture: Getty) 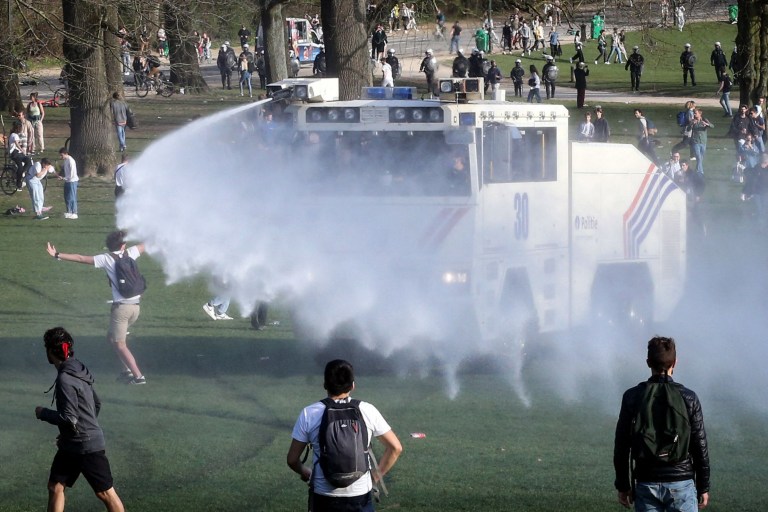 Tear gas was used to get the crowds to disperse (Picture: Getty) 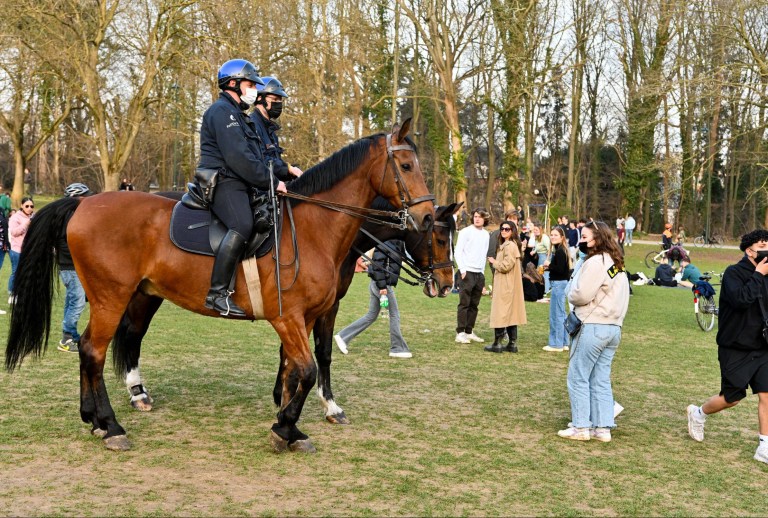 Police on horseback were seen mowing down a topless woman (Picture: REX) 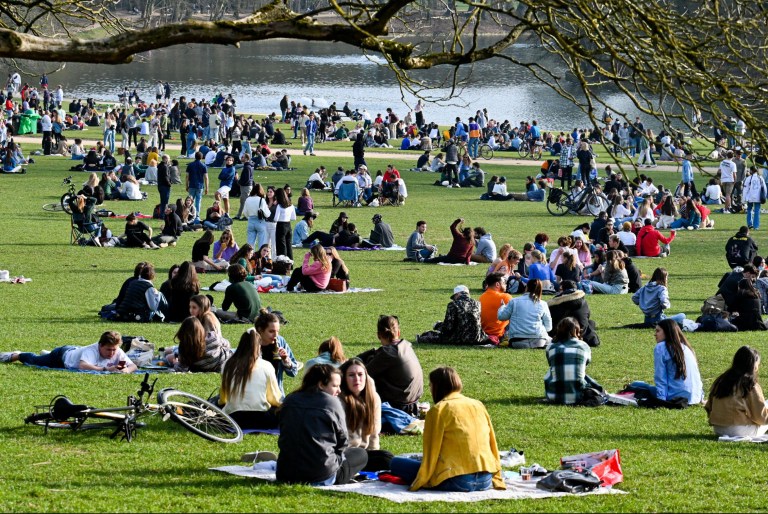 The event started as a joke (Picture: REX)

Hospital admissions due to Covid-19 have risen in recent weeks and health authorities have warned that intensive care units could reach a critical level by April 10 if the pace of new infections does not slow down.

Belgium’s current virus restrictions include a night-time curfew and a ban on non-essential international travel.