THE BBC’s Huw Edwards admitted he was “deeply impacted” by yesterday’s funeral and his presenting left many viewers reaching for the remote.

The Welshman, 59, was close to tears in the moments after the service. 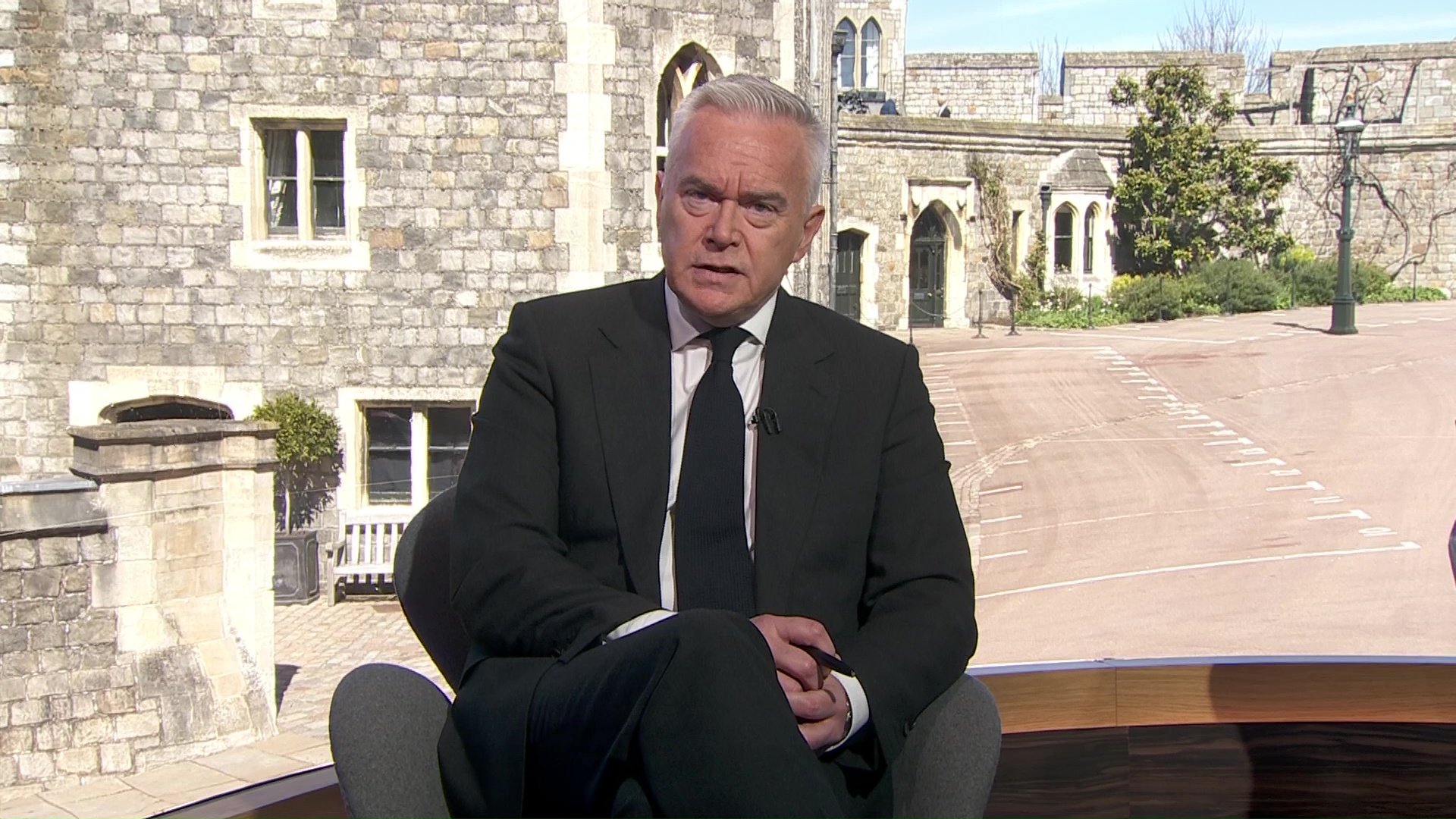 And many watching at home thought Huw’s emotions got the better of him and was criticised for talking too much.

While one viewer likened Huw’s voice to like listening to “Uncle Bryn from Gavin and Stacey”.

In the main all the coverage was strong and matched the military precision shown by those in Windsor.

But there was the odd-hiccup and gaffe along the way – which was perhaps fitting given Prince Philip was famous for his own. 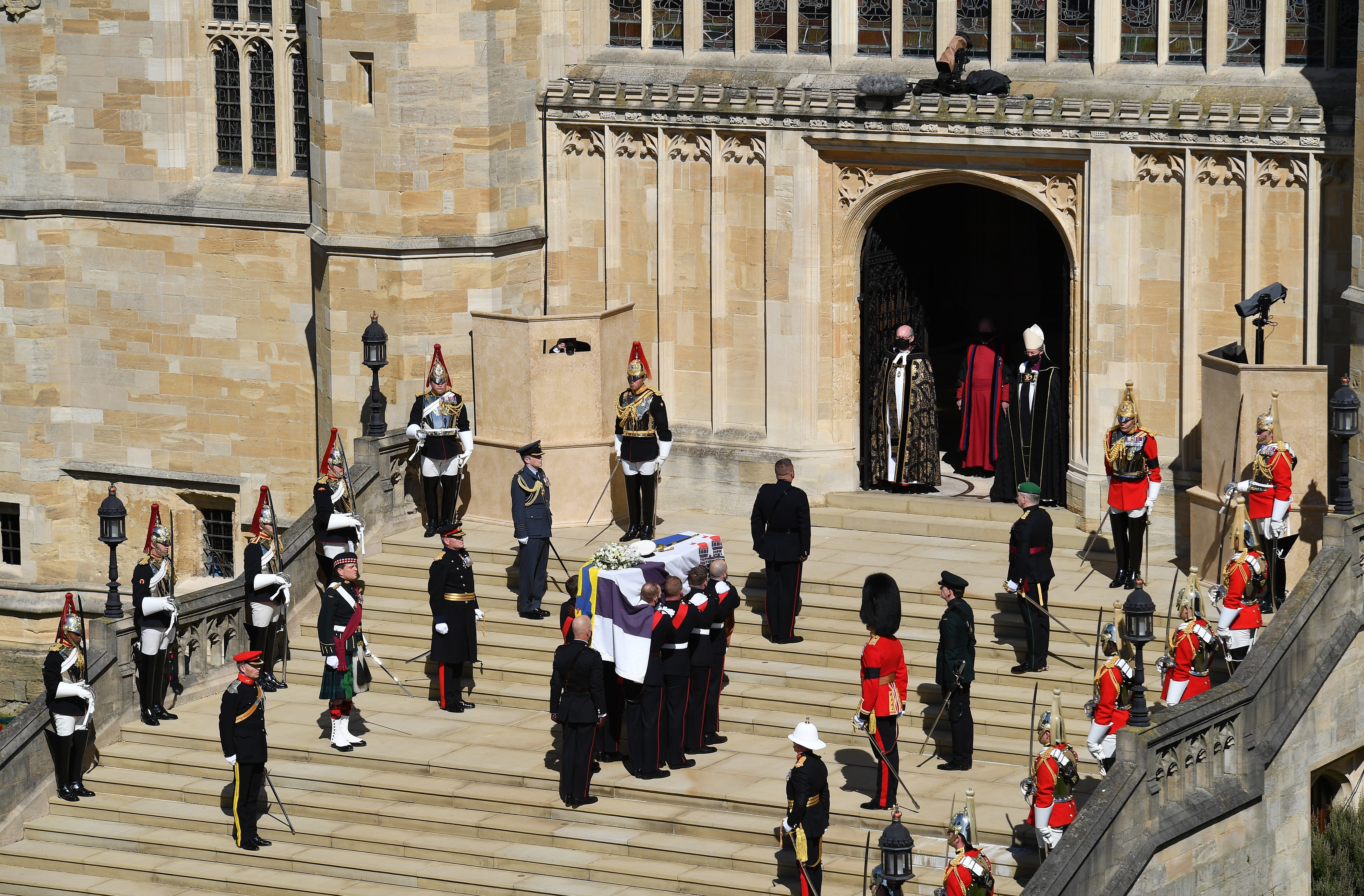 Chatterbox Huw probably wished he could have pressed the mute button on himself at one point when he spotted Prince Andrew.

“A rare appearance there from the Duke of York,” he said before quickly changing the subject.

Huw was also ticked off on Twitter for wrongly stating that members of the Royal Engineers regiment were driving the adapted Land Rover transporting the coffin of Prince Philip.

It was in fact being driven by representatives from Royal Electrical and Mechanical Engineers.

Over on ITV coverage was fronted Tom Bradby, 54 and Julie Etchingham, 51.

And all eyes were on Bradby – who Prince William reportedly recently ended his long-standing friendship with.

And Bradby didn’t shy away from talking about the brothers.

He also remarked as the Queen sat alone during the service said: “I think a lot of people will have found it heartbreaking to see the Queen sitting there just such a short distance from the man she loved for so many decades. 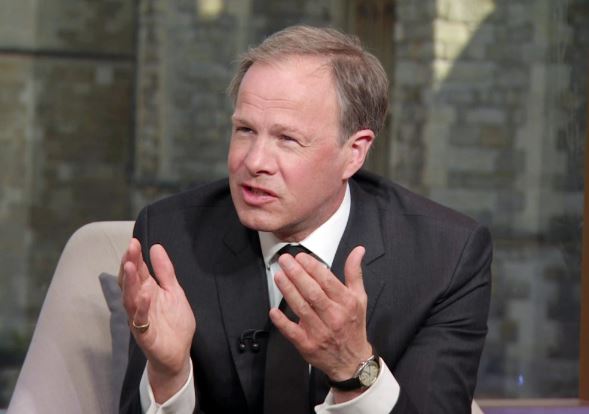 “For a widow or widower left alone, that must be shattering after so many years of such a happy partnership.”

During the service the all three broadcasters briefly screened footage of the Queen and members of the Royal Family – all with their heads bowed – as the choir sung God Save The Queen.

Sky’s veteran anchorman, Dermot Murnagan, said: “Our thoughts were first and foremost with Her majesty, The Queen.”