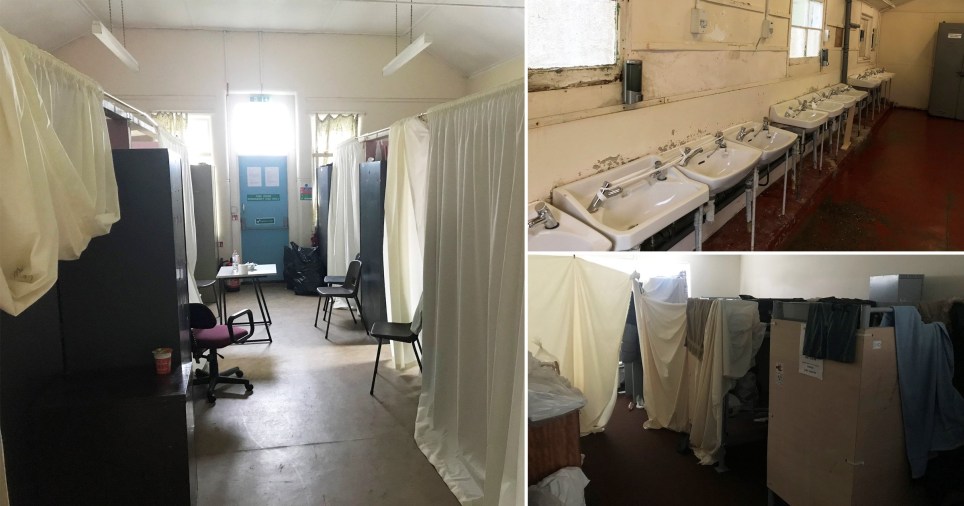 Inspectors have branded the housing provided to asylum seekers in the UK ‘filthy’, as the Government was blasted for ‘fundamental failures’.

Napier Barracks in Kent housed people at high risk of self-harm in a ‘decrepit’ so-called isolation block that was ‘unfit for habitation’, according to findings by the Independent Chief Inspector of Borders and Immigration (ICIBI) and Her Majesty’s Inspectorate of Prisons (HMIP) published on Monday.

New pictures show what inspectors branded an ‘impoverished’ and ‘cramped’ facility – but on Monday evening, the Home Office repeated its assertion that ‘it is wrong to say it is not adequate for asylum seekers’.

The department has faced repeated criticism over its use of the ‘unsuitable’ facility in Folkestone, which was also the scene of a mass outbreak of coronavirus earlier this year. Despite repeated warnings and protests, some 28 people were sleeping in the same dormitory before the ‘inevitable’ outbreak.

Home Secretary Priti Patel and immigration minister Chris Philp have both previously defended the use of the building, with Ms Patel also appeared to blame ‘mingling’ migrants for the cases, which saw almost half of those house there test positive.

The findings were published on the same day 115 people, including women and children, were brought ashore in Dover after crossing the Channel – the most of any day this year.

Inspectors said: ‘The environment at both sites, especially Napier, was impoverished, run-down and unsuitable for long-term accommodation.’ 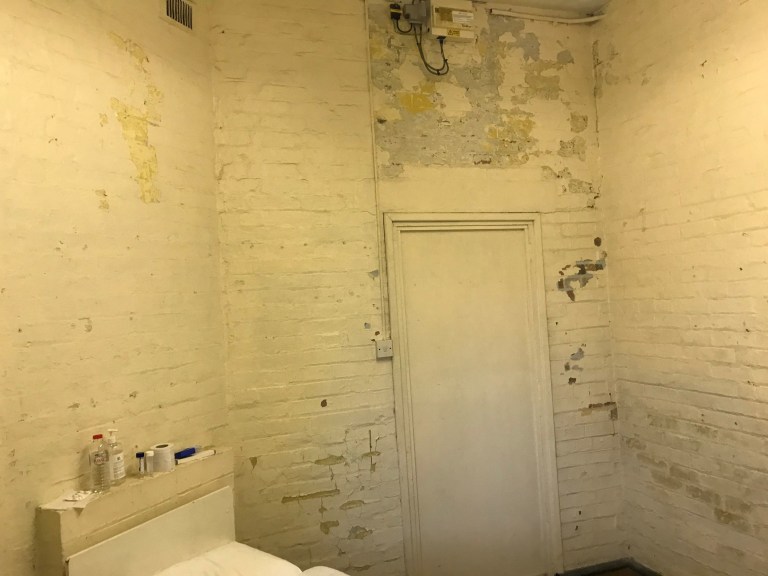 A room in an isolation block in Napier Barracks (Picture: PA) 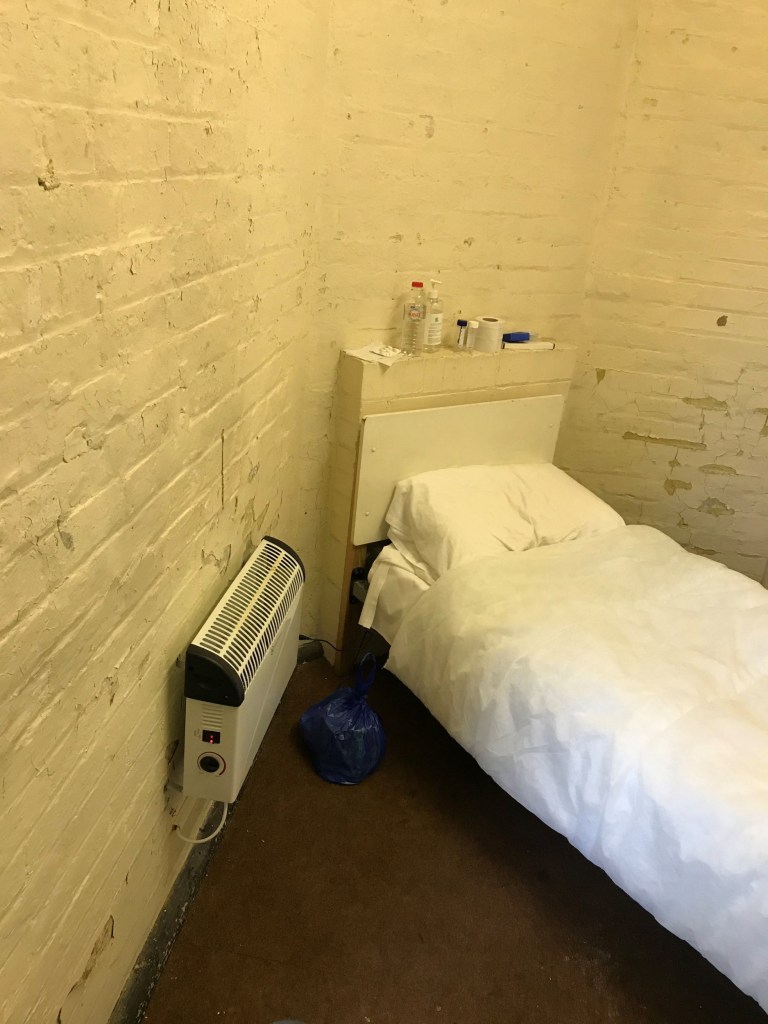 The facilities were blasted as ‘impoverished’ and ‘cramped’(Picture: PA) 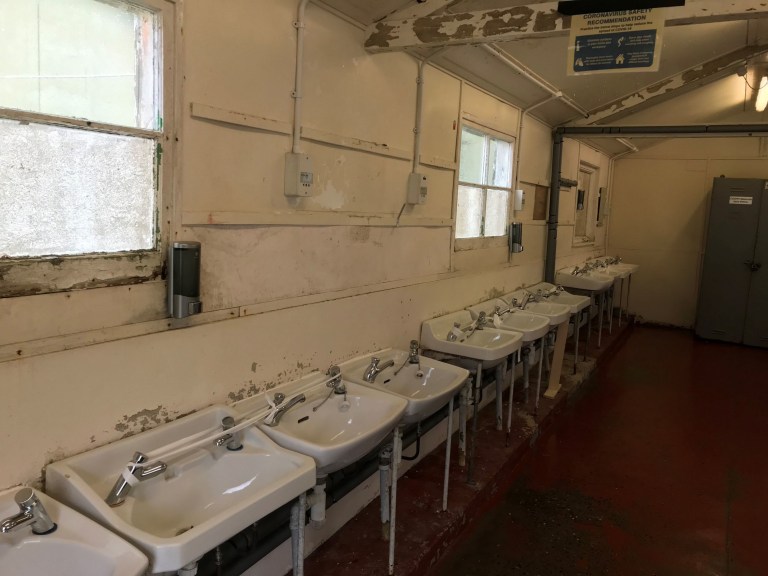 At the Kent site, residents who may have been children were also housed in the same block pending an age assessment, in one case reportedly for up to two weeks, the inspectors said.

There and at Penally Camp in Wales, residents described feeling trapped in poor conditions and feared that if they moved out they would jeopardise their only source of support and possibly their asylum cases.

Inspectors added: ‘We met many men who described feeling depressed and hopeless at their circumstances. In our resident survey, all of those who responded at Napier and the vast majority at Penally said they had felt depressed at some points.

Reacting to the findings, Detention Action director Bella Sankey said: ‘This is the sort of report that should make decent people consider their positions.’ 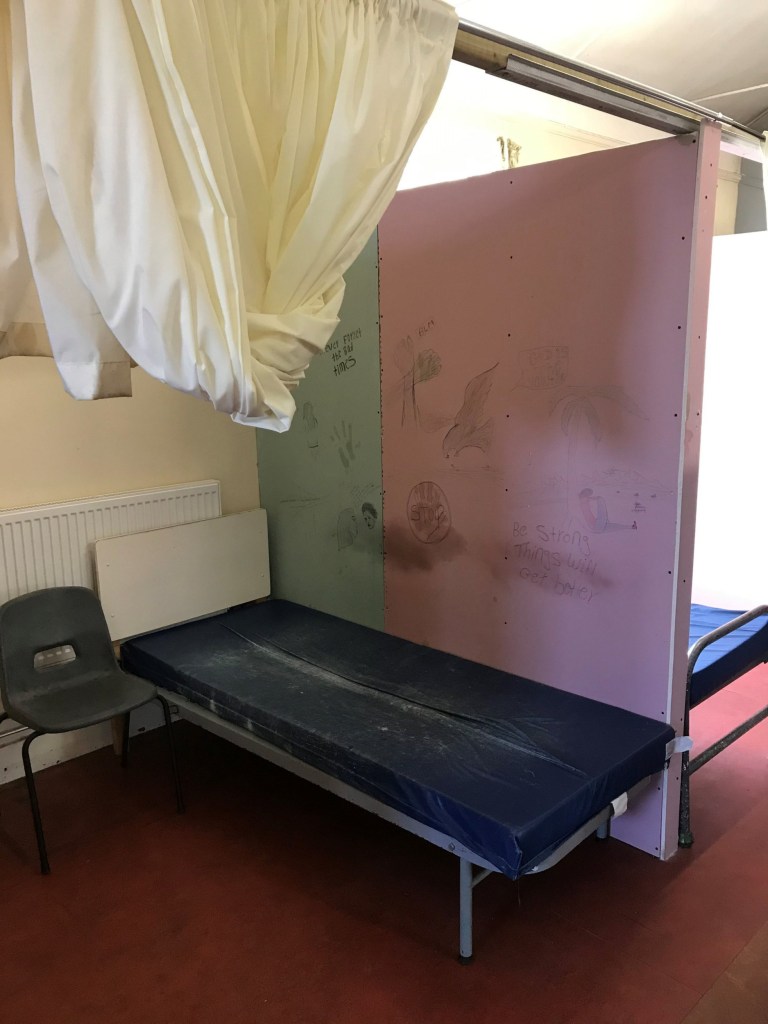 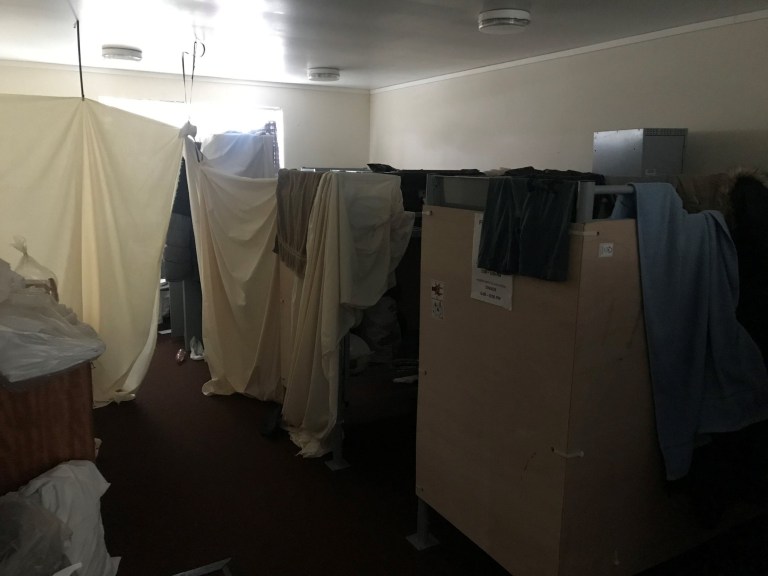 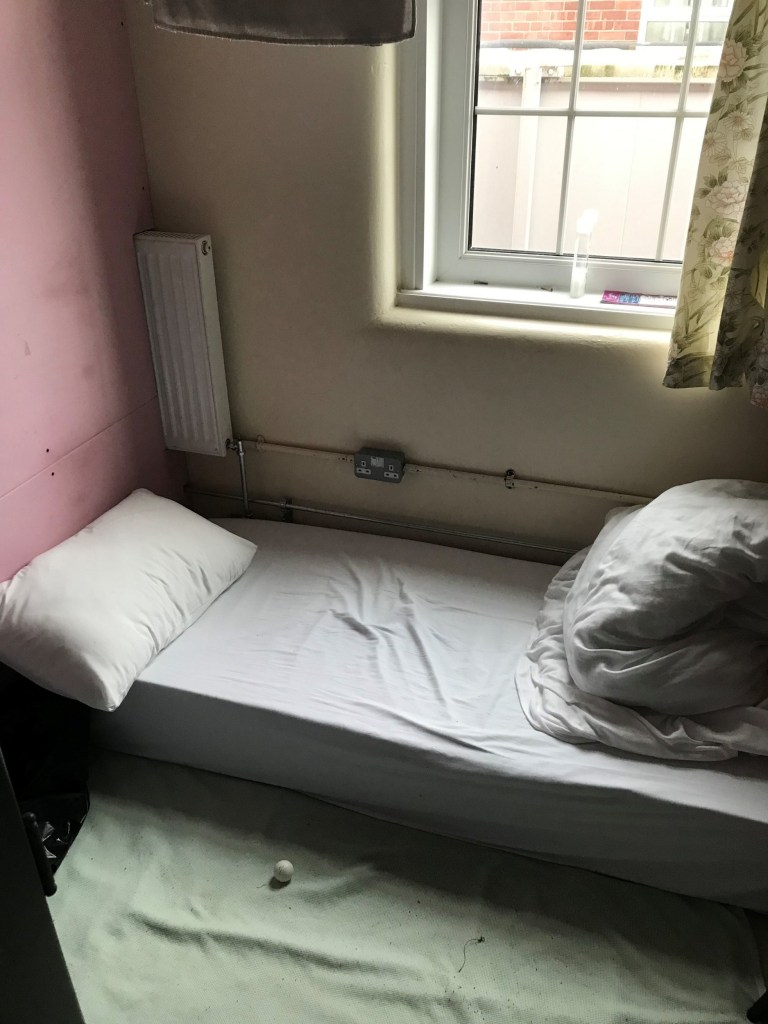 She called for the barracks to be closed immediately and for ‘those responsible fully held to account’.

Residents at both locations reported being shouted at and intimidated by protesters and members of the public who did not want them there.

Health concerns over Covid-19 were also addressed in the inspectors’ findings, particularly around warnings from Public Health England and Public Health Wales.

Inspectors said: ‘Given the cramped communal conditions and unworkable cohorting at Napier, once one person was infected a large-scale outbreak was virtually inevitable.’

Also in the findings was that the Home Office gave its accommodation contractors less than two weeks to make each site operational.

Responding to the inspectors’ comments, the Home Office said it had told the provider that runs the sites to put in place a robust plan to improve the services, and improvements were being made.

Yvette Cooper MP, chair of the Home Affairs Select Committee, said: ‘At a time when the Home Secretary and Permanent Secretary have told us they are making major changes to improve the culture and the humanity of the department in response to the Wendy Williams Windrush review, this report shows they haven’t yet learnt the lessons.’

Naomi Phillips, director of policy and advocacy at British Red Cross, added: ‘These sites are completely inappropriate and inhumane as housing for people fleeing war, persecution and violence.

‘Our worst fears about the impact on people’s mental health have been realised.’

A young girl was among those to arrive in Dover today, wrapped up in a jacket and gloves and wearing a face mask held a woman’s hand as she walked along the quayside at the Kent port.


Several Border Force boats have been active in the Channel on Monday for hours, on what may be one of the busiest days of the year for crossings.

Seven boats were dealt with by Border Force.

It surpasses the figure for January 9, when 103 people crossed the Dover Strait.

The latest journeys come less than a week after a boat is believed to have capsized off the coast of France, possibly leading to the deaths of one of those on board.

The Biggest Barriers Keeping Your Startup From Seeing Its Full Potential