A BARBER was seen giving a customer a short back and sides haircut in the street in an apparent bid to get around Covid rules.

The video shows the unusual scene in Forest Gate, east London, as a punter gets the shave in full public view. 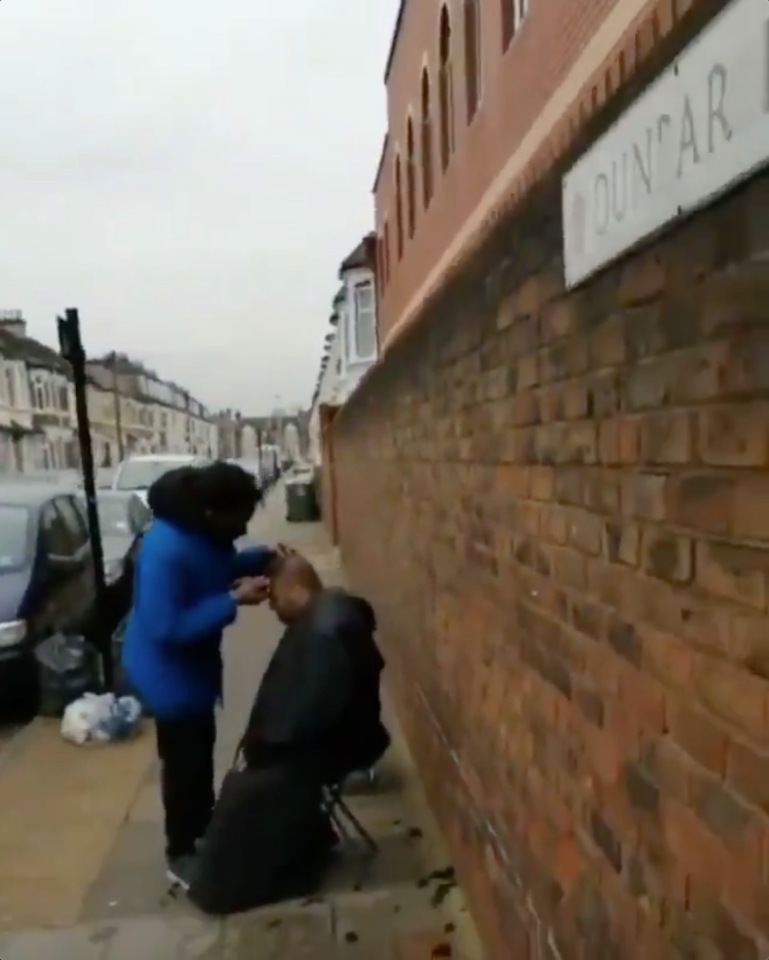 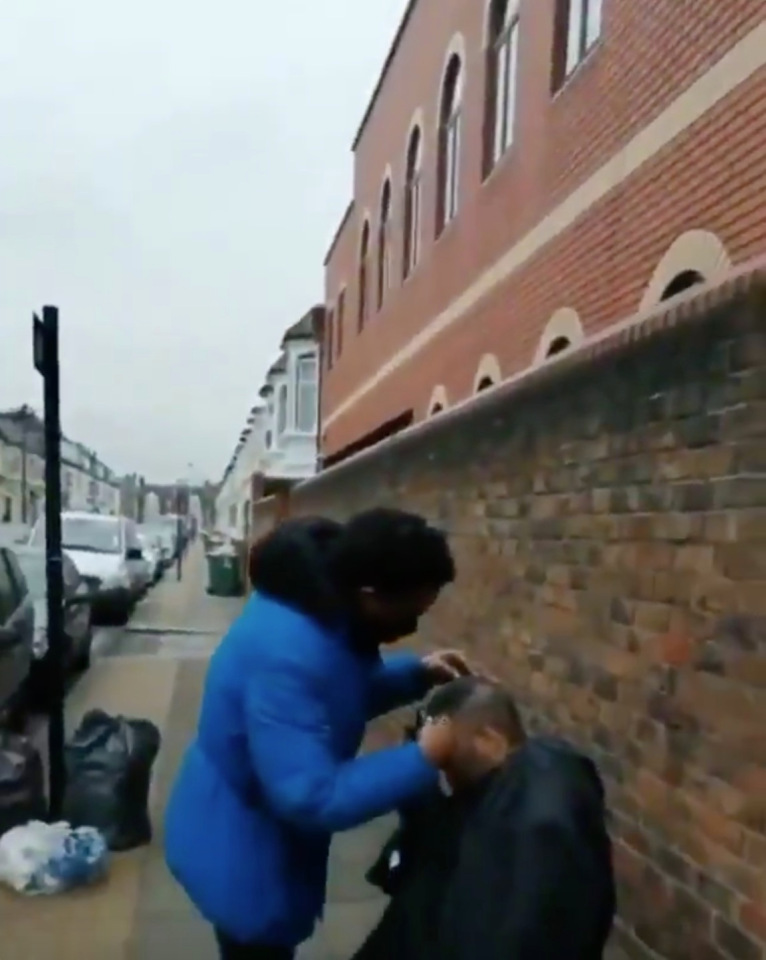 The street haircut happened on in Forest Gate, east London

And many of those who saw it said it should be allowed as it was taking place in the fresh air.

The video was posted to Twitter and shows someone walking past a man sitting on a chair on the pavement as a hairdresser gives him a shave.

The video was accompanied by the caption: “Meanwhile in Forest Gate….”

Hairdressers and barbers are currently shut, but Boris Johnson announced earlier this week that they definitely won’t open before April 12.

Most people said they had no issue with the street haircut.

One viewer joked: “Anyone know how much he’s charging?”

Another said: “Not sure I see a problem here. Outdoors so very small risk. Barber should wear a mask and gloves though.”

One Tweeter said: “Hope he doesn’t ask for a back, sack and crack.”

Another another added: “I did wonder how all the footballers where getting their hair cut, as ever time we see them on tv their hair all ways looks perfect like its just be cut.”

One said: “Man’s getting a fresh trim. What’s the issue.

“Young and skilled. Make your money.”

And another said: “He’s not hurting anyone.”

Brits will be able to get their locks chopped in seven weeks under Boris Johnson’s announcement – but have been warned they should only visit the businesses alone or with their household.

Ministers have previously been pushing to reopen hairdressers and salons to boost the nation’s spirits.

They reckon shaggy-haired Brits are getting increasingly fed up that they cannot even go for a trim in the lockdown.

Hairdressers were ordered to shut for four months in the March lockdown, leaving millions desperate to get back to the salon.

But they were banned again in Tier 4 areas before Christmas, and ordered to close nationally when the current lockdown was announced.

As part of phase two, outdoor hospitality is expected to be able to reopen along with zoos and theme parks – although social distancing will need to be followed.

The substantial meal rule will also be scrapped, with Brits able to get a drink from their pub without having to order food.