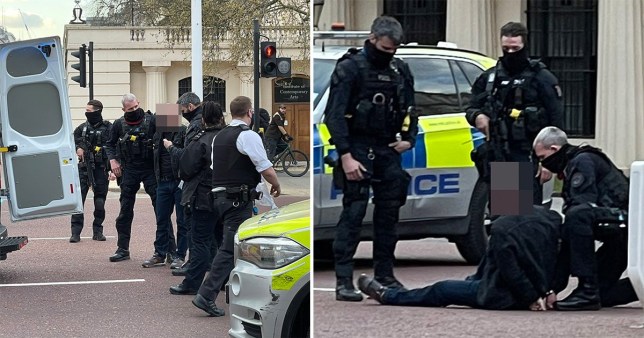 A man has been arrested for allegedly wielding an axe by Buckingham Palace (Picture: Benjamin Butterworth)

A man has been arrested after allegedly wielding an axe while walking in the direction of Buckingham Palace.

Witnesses described seeing the man carrying the weapon on The Mall, in London, at around 6.30pm. One tweeted this afternoon: ‘This man was just arrested by six armed police while walking down the Mall in direction of Buckingham Palace while wielding an axe.

‘The Mall has been blocked to traffic while police remove the man and the axe.’

A suspect, in his 40s, was arrested on suspicion of carrying an offensive weapon, a spokesperson for the Met Police said. 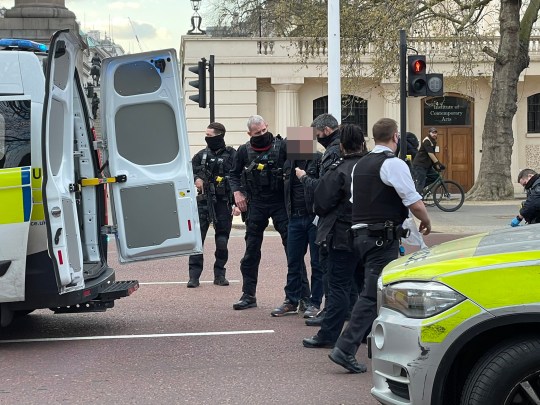 He has since been taken to Charing Cross Police Station for questioning. There are no reports of any injuries.

Police are investigating the incident and are appealing for any witnesses to come forward.

Buckingham Palace attracted large crowds over the weekend following the death of Prince Philip, 99, on April 9. 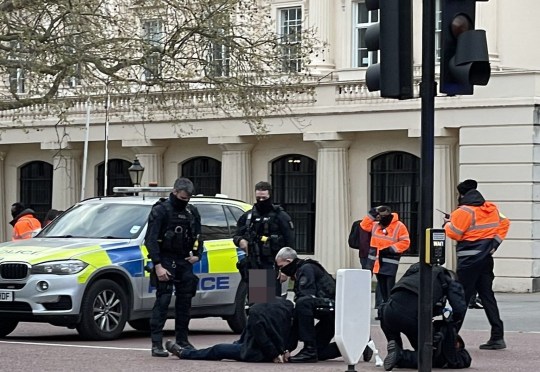 Images from the scene showed a man being detained by armed police (Picture: Benjamin Butterworth) 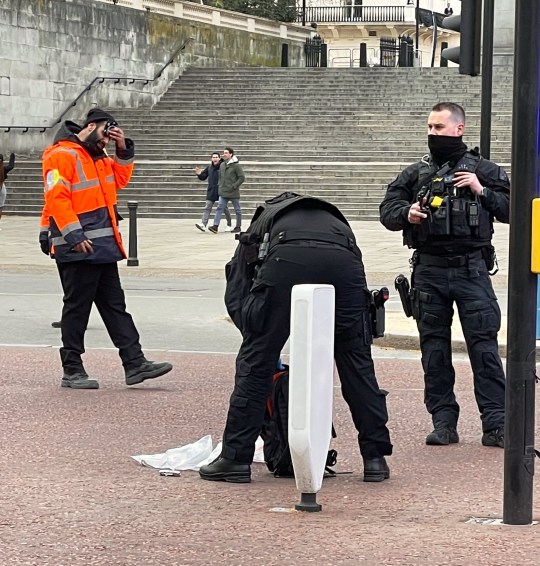 Officers are appealing for any witnesses to come forward (Picture: Benjamin Butterworth)

The Duke of Edinburgh passed away in Windsor, but a notice of his death was placed on the gates of Buckingham Palace shortly after. The Palace’s flag was also flown at half-mast.

The Government has since asked people not to lay flowers outside the Palace, and to ensure they are following Covid regulations at all times.