The average ‘gamer’ is a full-time professional, in his late thirties, and a dad of three, according to research.

Far from being the cliché of an energy drinking enthusiast who stays up all night, the study of 2,000 adults found quite the opposite is true. 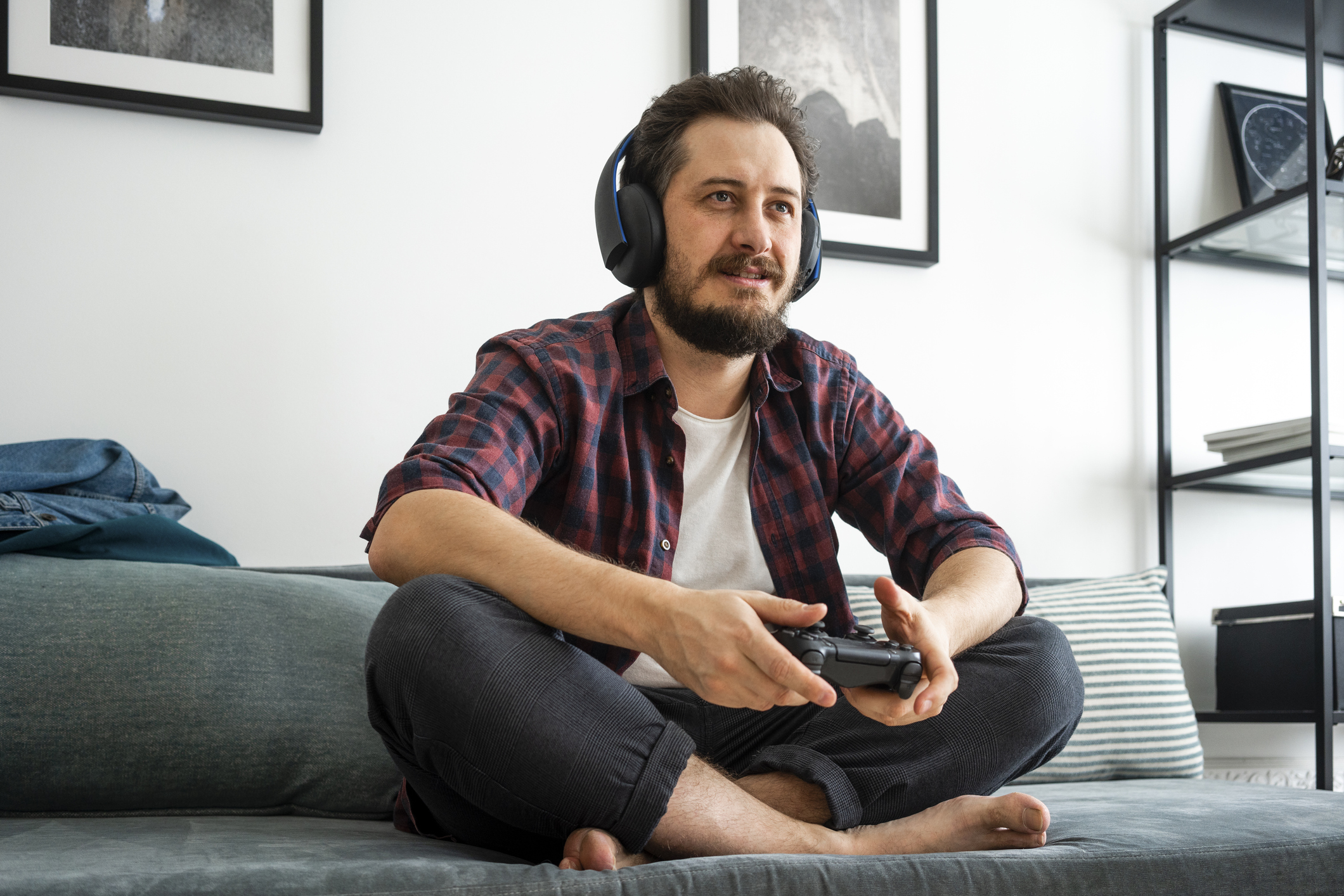 The average ‘gamer’ is a full-time professional, in his late thirtiesCredit: Getty Images – Getty

Those who enjoy computer games are more likely to be family men, property owners and commanding a salary in excess of £40,000 a year.

Male gamers prefer to spend their leisure time in first-person shooter games or playing virtual sports, while women like strategy and puzzles the most.

It also emerged that men and women dedicate almost the same amount of time to gaming.

Women spend just under an hour-and-a-half a day gaming, compared to men who spend an hour and 40 minutes, which is most commonly spent on a PlayStation.

The study confirms that gaming is a mainstream modern hobby, with 87 per cent of adults believing computer games are enjoyed by a diverse mix of people today.

More than a third said lots of their friends are gamers, and where there is one gamer in a house, they are rarely alone, with many saying there are at least two family members in the same household who share a love of gaming.

Out of the UK’s 9.2 million ‘gamer’ households, most have at least two consoles.

But 34 per cent of those polled via OnePoll admitted to leaving at least one on standby all the time when they are not playing, but they are paying a high price for doing so.

According to Utilita Energy, the 3.1 million gaming households (34 per cent) which leave a console in ‘standby mode’ for up to 22 hours per day could save themselves a massive £56 million by the end of this year, just by turning the console off completely.

A further £68 million per year could be saved by the five per cent of homes where gamers do not even bother to put the console into standby mode, and just leave it on.

Luckily, homes with smart meters and an active in-home display are more likely to be gamers than those who don’t own one (55 per cent versus 43 per cent respectively), which means they are able to track the money they are spending on their past time.

Bill Bullen, the environmentalist behind Utilita Energy said: “Our study revealed that gamers spend around £166 per year on buying consoles, games or games packs – little did they know that they may also be wasting up to £150 per year by leaving the console on when it’s not in use!

“Most consoles have an ‘energy-saving mode’ which can be found in the settings, but sadly, they are not set to this by default.”