If you’ve watched any Australian animal documentaries you’ll know kangaroos are not to be messed with, no matter how adorable they may look.

In fact, kangaroos are stronger than humans in every aspect except their arms.

One man learnt this the hard way, when he got into an intense fight with an eastern grey kangaroo in Ballina, New South Wales.

Details of how the brawl started are unclear as footage of the dramatic battle starts with the man sprinting away from the kangaroo.

The man fell to the ground as he was running and the animal jumped ahead of him.

A dog can be seen in the footage, but it is not clear whether the man is its owner or whether he is trying to protect it.

Luckily, the man managed to scramble to his feet and grab a stick to use as a makeshift weapon before the kangaroo turned around again.

But the tall animal went straight for its opponent, completely unbothered by the stick.

The pair then started boxing each other, landing hard blows one after another. 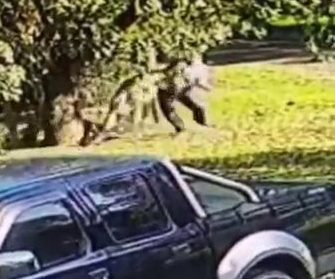 At first the kangaroo seemed completely unaffected by the man’s stick (Picture: Instagram/balna.nsw) 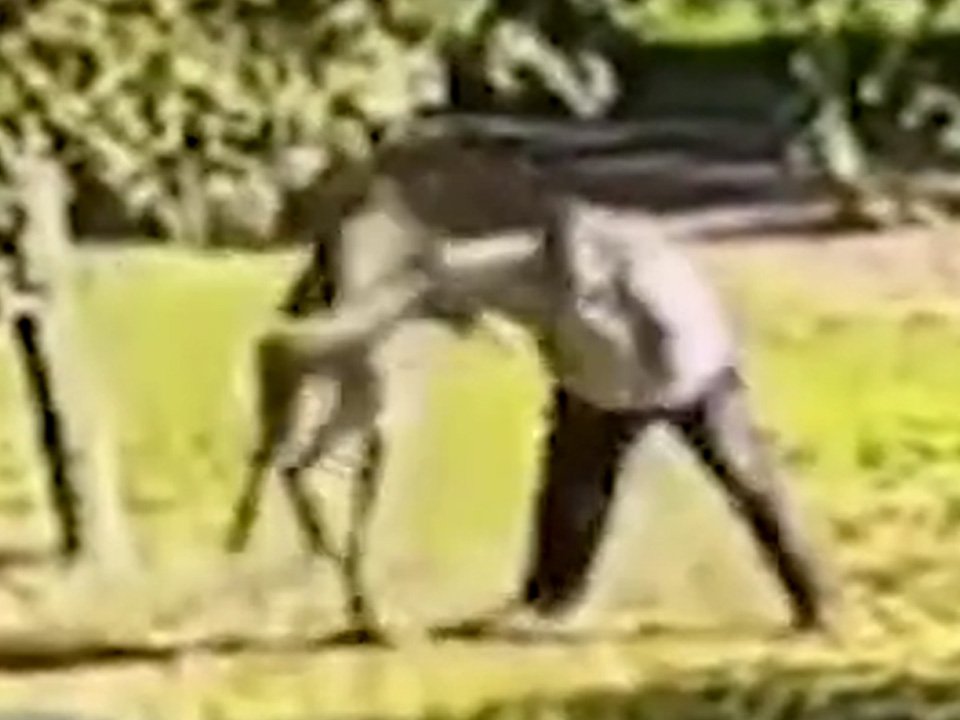 The pair ended up punching each other as if they were in a boxing match (Picture: Instagram/balna.nsw)

Somehow, the man tripped the kangaroo up and got it onto the ground. He had to use his entire body weight to keep the animal down.

It is not known whether the man was badly hurt or what happened next, but the kangaroo looked subdued by the end of the video.

Kangaroos are generally quite docile, but they can become aggressive if they feel threatened.

That bite force is around the same as a grizzly bear’s and packs six times the power a human can exert.

Kangaroos’ weight and size means their punches can carry the same strength as a human’s.

Kangaroos are a type of marsupial – animals which are born underdeveloped so they can finish growing in their mum’s pouches.

There are four species of kangaroos – the red, the eastern grey, the western grey and the Antilopine.