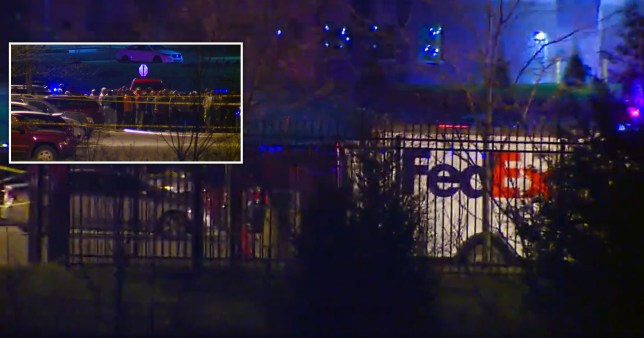 Several people have been shot by a gunman who went on a rampage at a Fedex facility before killing himself.

Police were called to reports of an active shooting at site near Indianapolis airport last night at around 11pm local time.

Live video from local media at the scene showed crime scene tape in the car park outside the facility, which employs more than 4,500 people.

Jeremiah Miller had just finished his first shift and was about to work a second when he heard several gunshots.

He told WISH-TV: ‘This made me stand up and actually look out the entrance door, and I saw a man with a submachine gun of some sort, an automatic rifle, and he was firing in the open.

‘I immediately ducked down and got scared and my friend’s mother, she came in and told us to get inside the car.’ 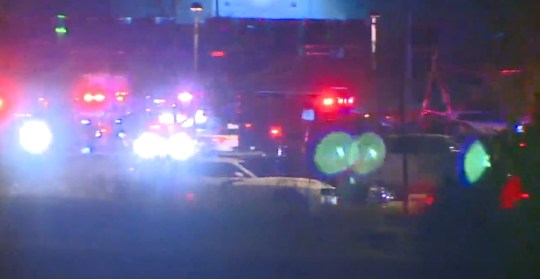 Police say there is no longer an active threat to the community (Picture: WISH-TV)

An unnamed witness who was working at the facility told NBC he ducked for cover after hearing several shots, before running outside the building and seeing a person lying on the ground.

Several employees were said to have hid under a conveyor belt during the attack.

One victim’s uncle told Fox59 his niece is recovering in hospital after the gunman opened fire on her as she sat in her car. 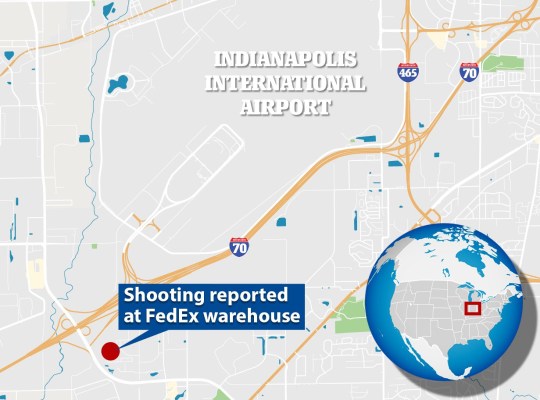 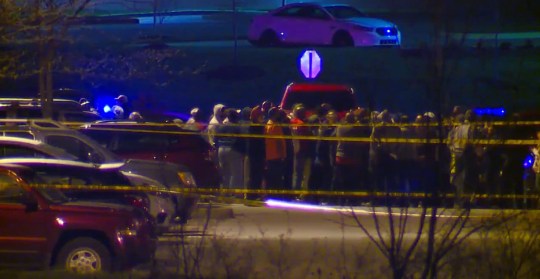 One witness says he saw a man firing a submachine gun (Picture: WISH-TV)

Another caller told police there was a ‘possible person laying shot near security in the front entrance of the building’.

She said officers did not believe there was still an active threat in the community following the gunman’s death.

In a statement, Fedex said it was aware of the ‘tragic shooting’ on its facility.

A spokesman for the delivery services company said: ‘Safety is our top priority, and our thoughts are with all those who are affected.

‘We are working to gather more information and are cooperating with investigating authorities.’