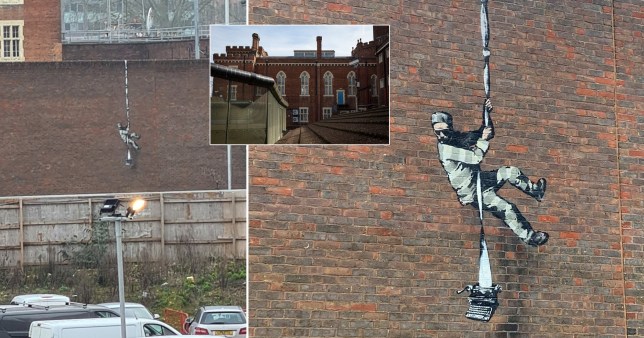 The artwork was spotted on the side of disused Reading Gaol (Picture: Getty/@producerneil/@JohnnyLong84)

The image of a person escaping jail has appeared on the wall of a former prison, sparking excitement that it could be by Banksy.

It was spotted on Reading Gaol, which has been disused since 2013.

The art shows a man holding onto a rope made of what looks like knotted bedsheets, with a typewriter tied on at the bottom.

He looks down to the ground, as if ready to jump down and run away.

It isn’t clear yet whether this was done by Banksy. The famous street artist has not posted anything about it on his Instagram.

If it is confirmed, it may be a boost to campaigners who want the former jail to be turned into an arts and community hub, rather than being sold off to become luxury flats.

Not a fan of Banksy but if it is genuine and helps save Reading Gaol all is good. 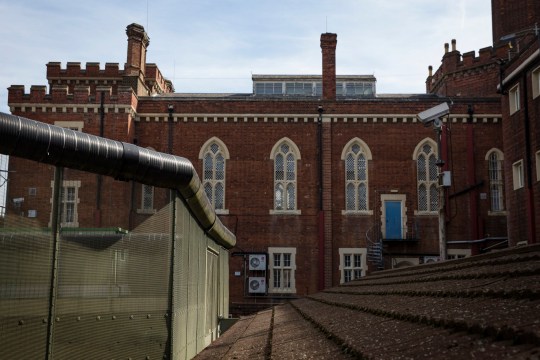 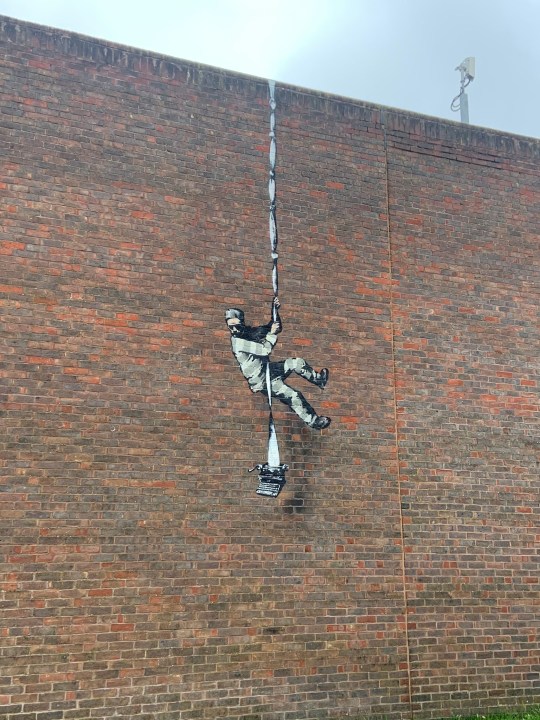 Could this artwork be Oscar Wilde by Banksy? (Picture: @producerneil)

Some think the artwork may have been done to help their cause.

One woman wrote on Twitter: ‘Could it be? #Banksy? If so, that’ll really add some impetus behind the campaign to stop the redevelopment of Reading Gaol.’

Another added: ‘Not a fan of Banksy but if it is genuine and helps save Reading Gaol all is good.’

Last November, property developer Artisan Real Estate pulled out of buying the Grade II listed building, where poet and playwright Oscar Wilde was imprisoned for gross indecency with other men between 1895 and 1897.

While held there, he wrote the Ballad of Reading Gaol – and some think this artwork depicts him getting his freedom.