DRAMATIC pictures show the moment police pinned a suspected gang member to the ground before finding two grenades in his rucksack.

It came as authorities launched a series of raids and evacuated hundreds of people from their homes as part of a crackdown on violent crime in Manchester. 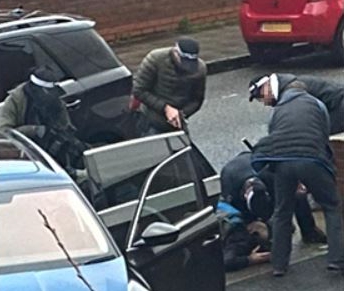 Police are seen pinning a cyclist to the ground before finding grenades in his rucksack on FridayCredit: MEN Media 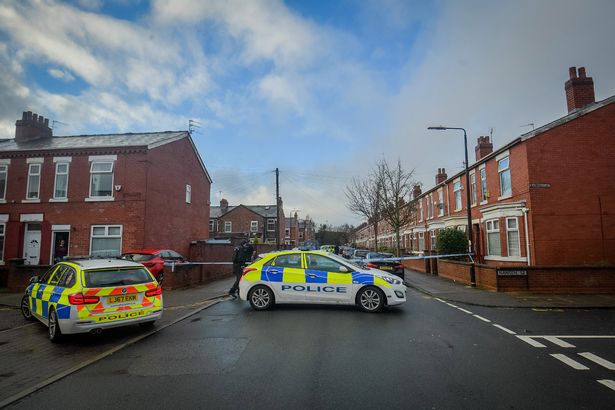 Over 400 people were evacuated from their homes following the incidentCredit: MEN Media 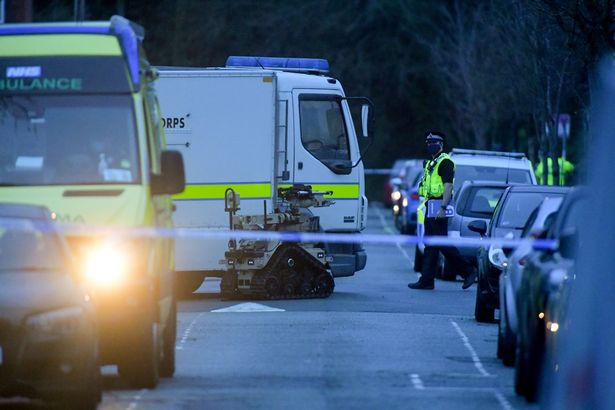 On Friday, plain-clothes officers were seen pointing handguns at a man lying face-down on the road.

He had reportedly been forced from his mountain bike as he cycled along a road in the Gorse Hill area of Stretford.

A search uncovered two hand grenades in the man’s backpack, prompting police to call in an army bomb squad and order the evacuation of around 400 people from their homes.

Describing the incident, one witness told the Mail: “It was manic, crazy and surreal.

“They almost knocked him off his bike. Police officers jumped out of two cars and jumped on him and forced him to the floor.

“They were shouting ‘stay down’. They had handguns and machine guns in his face.

“His bag was on the floor at the corner. They had obviously been watching him.”

The evacuated residents were permitted to return to their homes late on Friday night.

The operation was reportedly one of a number that have taken place in Stretford and neighbouring areas starting early on Thursday morning.

The raids are thought to be part of a Greater Manchester Police probe into gun sales to criminal gangs that have spurred a recent rise in shootings, the Mail reports.

On Saturday morning, around 60 flats in Stretford were evacuated as teams of police and bomb disposal officers launched searches of a number of properties.

Residents have reportedly been put up in local hotels and told to forfeit the keys to their homes so officers can access and search them.

At least nine people have reportedly been arrested so far, four of whom were later released and five of whom are being held for questioning.

Police have so far uncovered and seized three suspected guns and four suspected hand grenades as well as a quantity of suspected class A and class B drugs.

Detective Superintendent Danny Inglis, GMP’s Serious and Organised Crime Lead, said: “We appreciate there has been a significant police presence in the local area over the past couple of days which has no doubt caused disruption and we’d like to thank the community for their continued support and patience as our enquiries continue.

“Due to the nature of the items that have been recovered, colleagues from the British Army are supporting us with our enquiries as it’s vital that we take all the necessary precautions to protect the public.

“House searches remain ongoing at this time and a number of residents have been evacuated as a precaution.

“We will continue to provide updates as often as we can as our investigation progresses throughout the weekend.”

A spokesperson for Trafford Council added: “Our staff are liaising with the evacuated residents again today to make sure they are provided with food and their welfare needs are being met.

“We will also help them with moving back into their homes once it is safe to do so.” 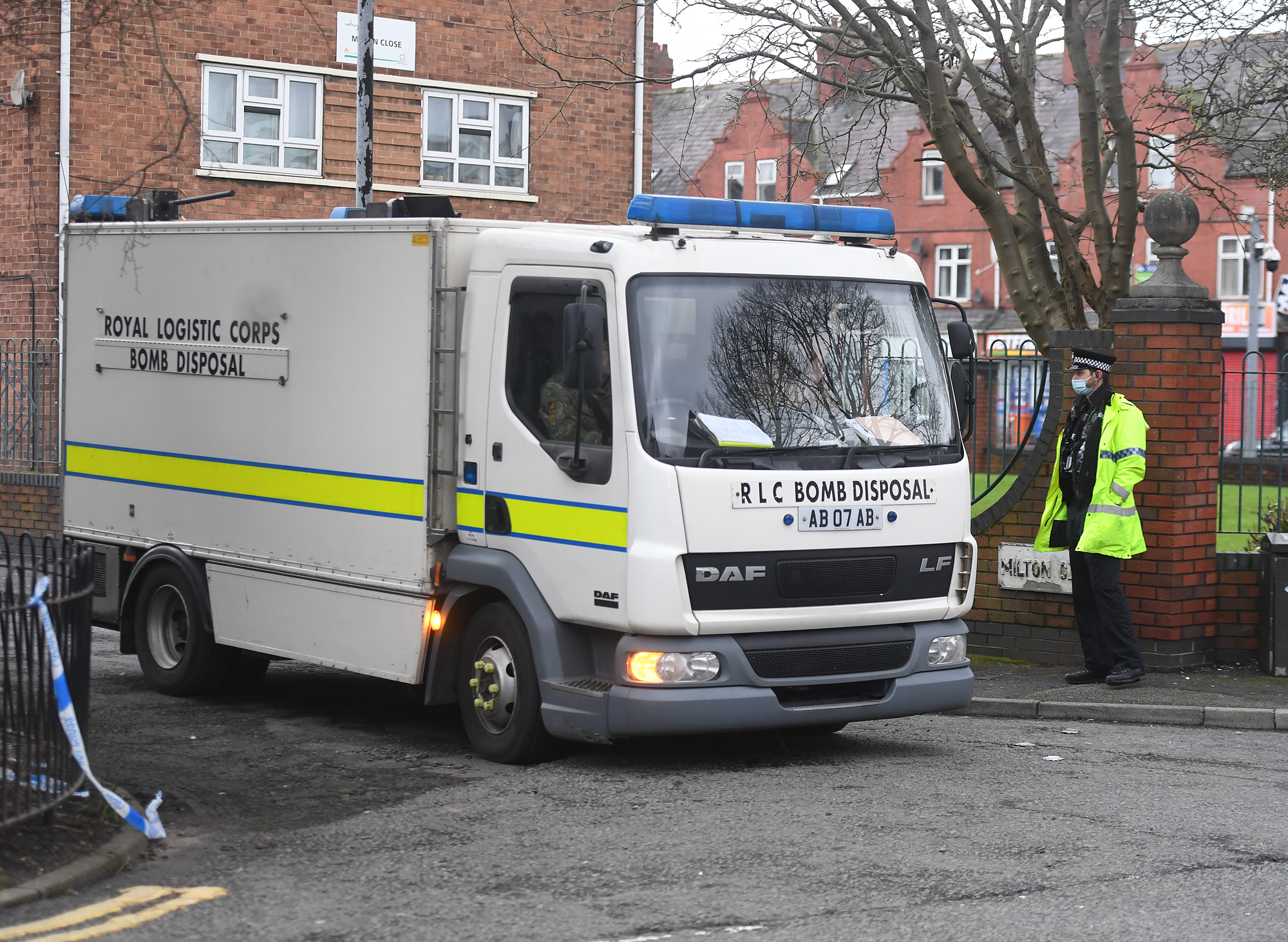 A bomb disposal unit outside a residential block during the raidsCredit: MEN Media 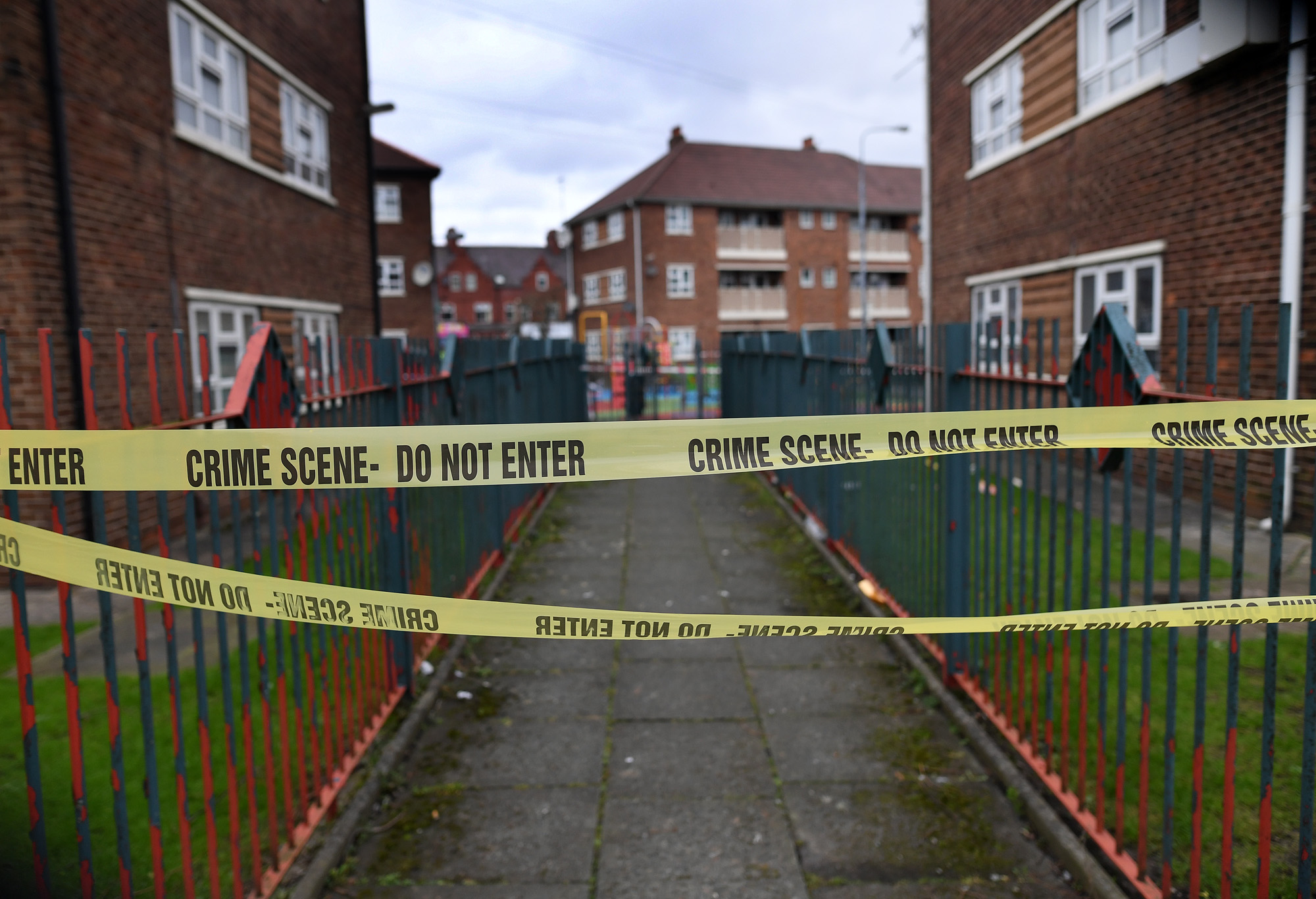 A police cordon set up during one of the raidsCredit: MEN Media