A teenager accidentally moved into a retirement village after signing her tenancy agreement without viewing the property.

Madison Kohout, 19, was left puzzled when all of her neighbours appeared to be over the age of 65 after she moved into a flat in Arkansas.

A week later, she stumbled across a sign that explained everything – she is the only teenager living in a community of pensioners.

The nursing assistant, who had moved over from Oklahoma, went viral on TikTok after filming herself covering her face in embarrassment as she stood next to a ‘Senior Citizens Apartments’ sign.

While other teens may crave neighbours their own age, Madison is loving her new neighbourhood as she gets ‘to have extra sets of grandparents’.

In a video update, she said: ‘How is life at the old folks’ home you might ask? Let me show you. When I get home it’s usually always super quiet.

‘Because most of my neighbors are asleep by the time I get home. But one major perk is that I can play music whenever I want to, because some of them can’t hear.

‘Another fun thing about living in the old folks’ home is I can always hear about the tea in town. 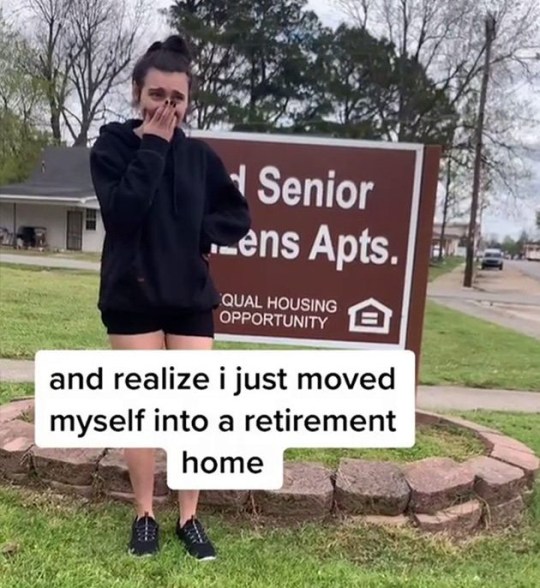 Madison Kohout, 19, got a shock after realising all of her neighbours were over 65 (Picture: @itsme.madiiii) 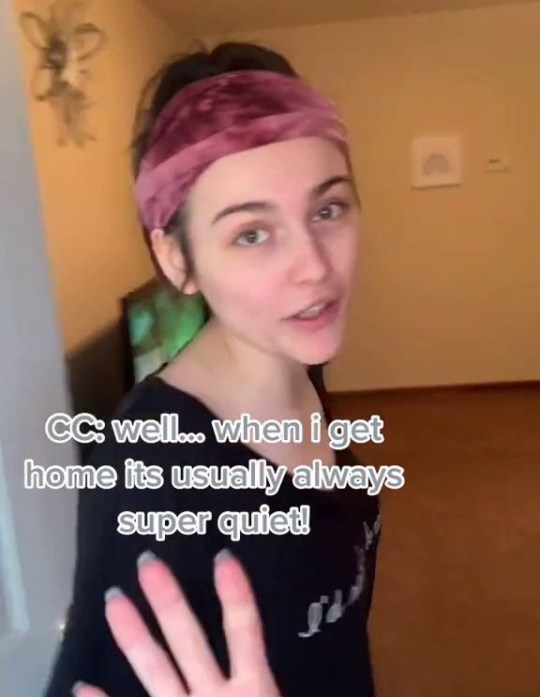 She says she loves her new community (Picture: @itsme.madiiii)

‘Another fun thing is whenever I get to come home after a long day, everyone asks me how I’m doing.

‘Anyway that’s how my life is going here at the old folks’ home. And just remember if you’re struggling with rent, start your early retirement.’

When questioned on how a teenager was allowed to move into a retirement village, Madison explained it is equal-opportunity housing that doesn’t discriminate on age, despite being designed for senior citizens.

She told Newsweek the cheap rent was a ‘financial blessing, revealing she pays $350 (£251) a month for a two-bedroom flat.

She said: ‘I plan on staying for quite a while! I absolutely love my neighbors… Never in my entire life did I think I would be living in a retirement home.

‘This is something that I could have never imagined.’

My lover of six months has a girlfriend