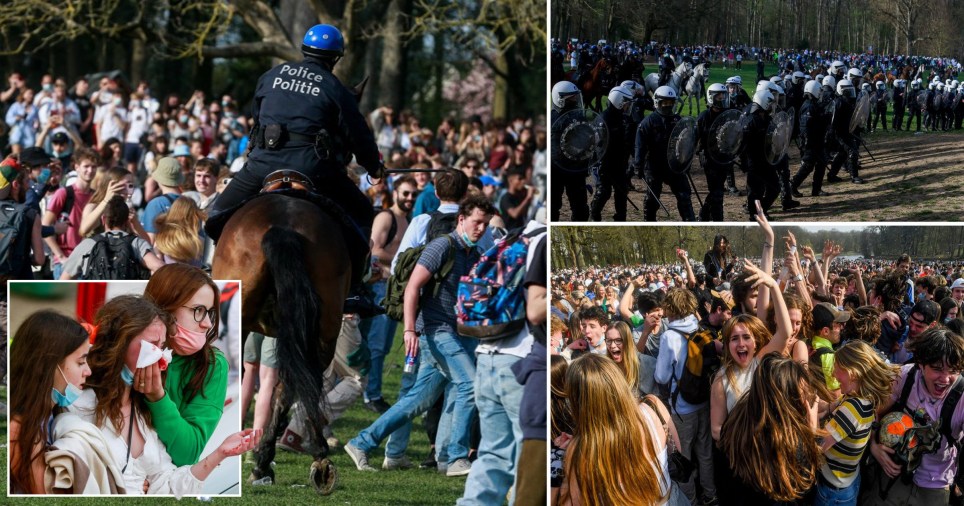 Police moved in to break up the event in a Brussels park (Picture: REX)

Party goers in Belgium were blasted with water cannon as police on horseback broke up an April Fool’s Day gathering.

Officers charged a crowd of up to 2,000 people gathered in a Brussels park for a fake concert announced on social media as a prank.

But the outdoor frivolities on a sunny green quickly turned ugly in a southern part of the Belgian capital, with crowds seen launching projectiles at officers who came to break up the gathering. Riot police moved in and tear gas was fired to stop people defying coronavirus restrictions the Bois de Cambre park.

Police said that three officers were wounded, one of whom was taken to hospital, and four people were arrested.

The police, wearing protective helmets and advancing in a line, moved in to enforce strict Covid-19 social-distancing rules that prohibit gatherings of more than four people outdoors.

One participant, Selim Jebira, told AFP that ‘we were tear-gassed for no reason at all’.

Brussels’ mayor, Philippe Close, tweeted that though he could understand people wanting to go outside in the springtime weather, ‘we can’t tolerate such gatherings’. 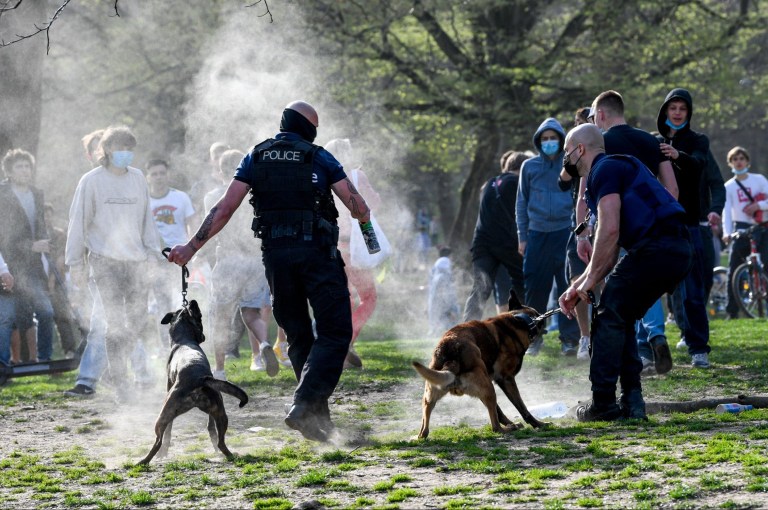 Police with dogs moved in to break up the gathering (Picture: REX) 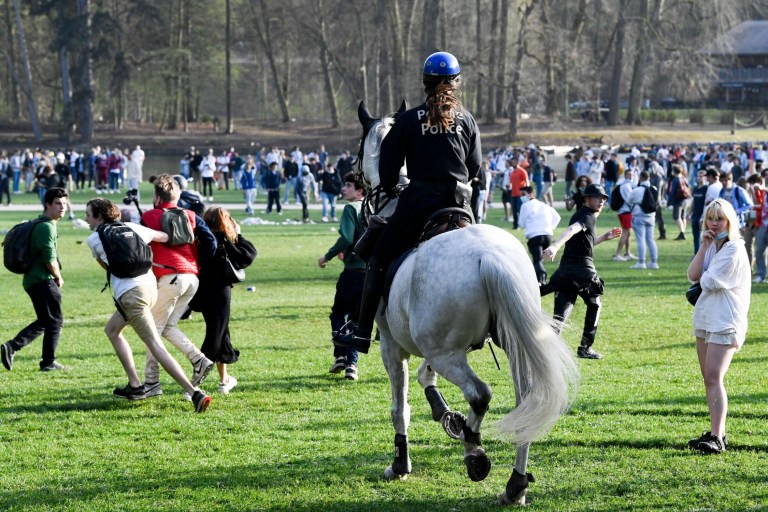 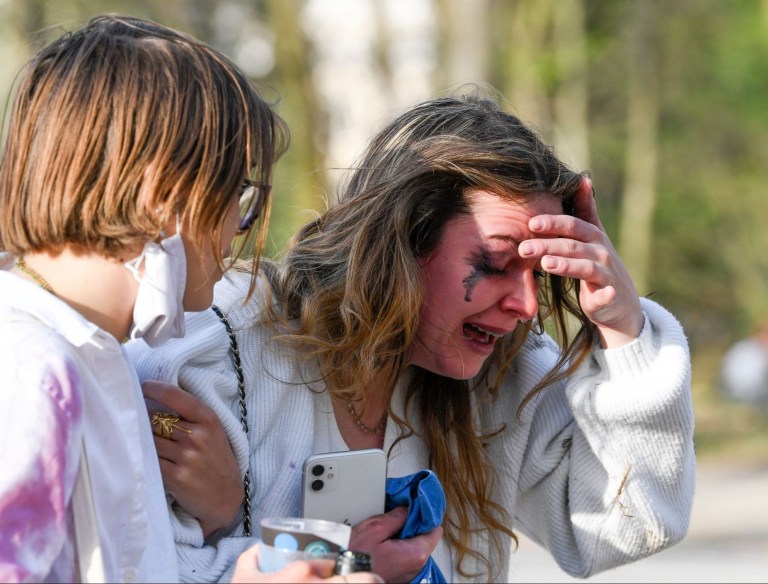 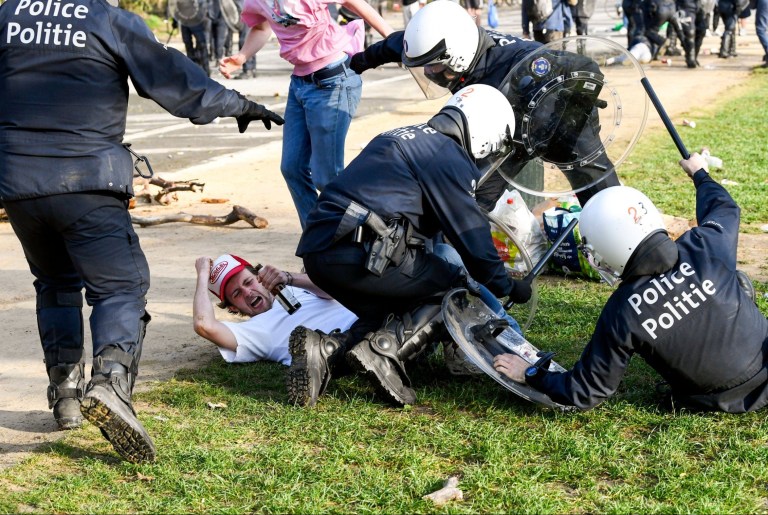 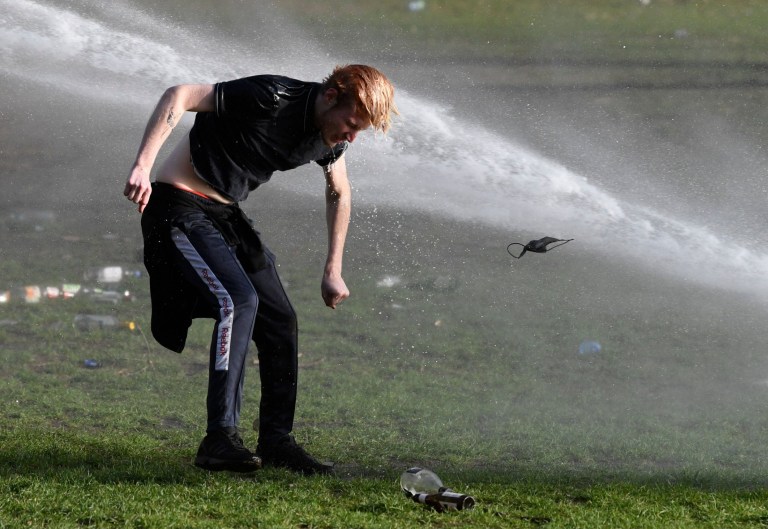 Water cannon was also blasted at those who had turned up (Picture: REX) 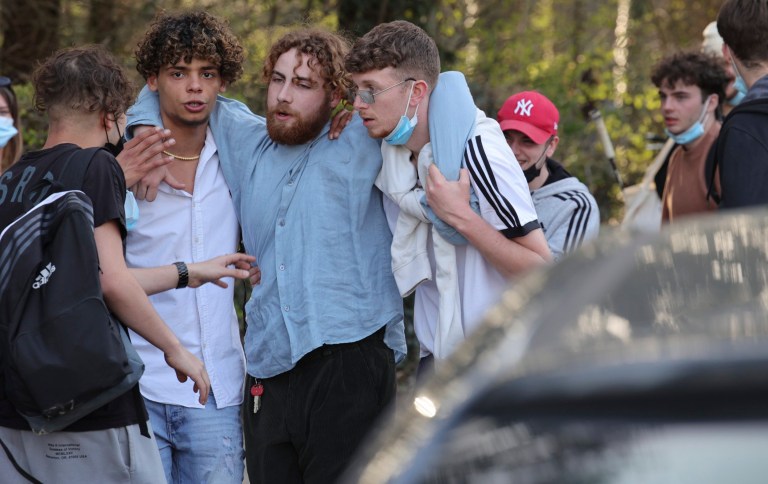 Two men carry another during following the clashes at the park (Picture: AP) 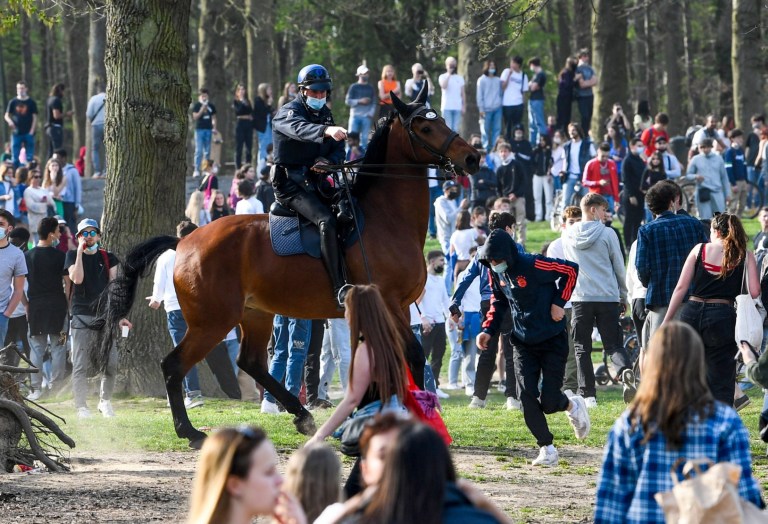 As many as 2,000 people are thought to have attended the gathering (Picture: REX) 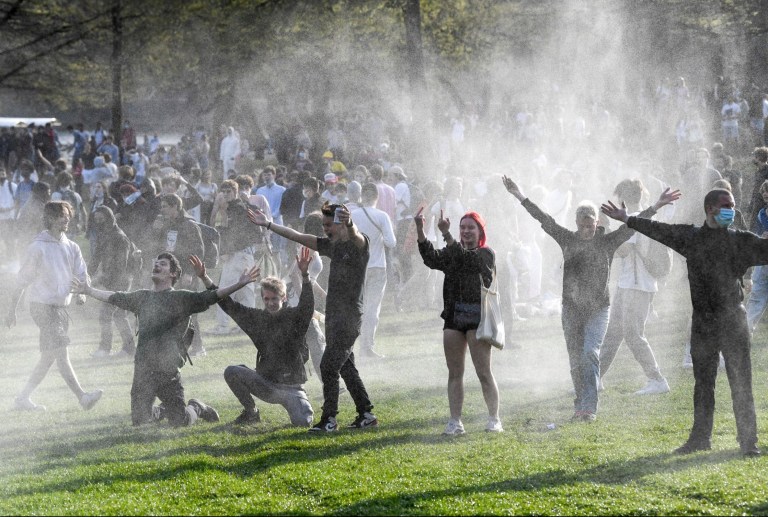 The revellers make their feeling known in the spray, presumably from water cannons (Picture: REX)

He thanked police ‘for the difficult job, and for people who have respected the rules for more than a year,’ since the start of the pandemic.

The authorities on Wednesday had issued a warning that the announcement on social media of a ‘party’ was illegal and that its organisers could be prosecuted.

They include closing schools, keeping borders closed, limiting access to non-essential shops and lowering the number of people able to meet outdoors to four.

Overflowing Brazil cemetery digs up 1,000 skeletons to make room for more Covid victims as deaths spiral out of control