AN apprentice at a Mercedes dealership was strapped to a truck, covered in brake fluid and set on fire.

Shocking pictures show Joe Higginson, 25, gaffer-taped to a trailer and engulfed in flames with just a pair of ski goggles for protection. 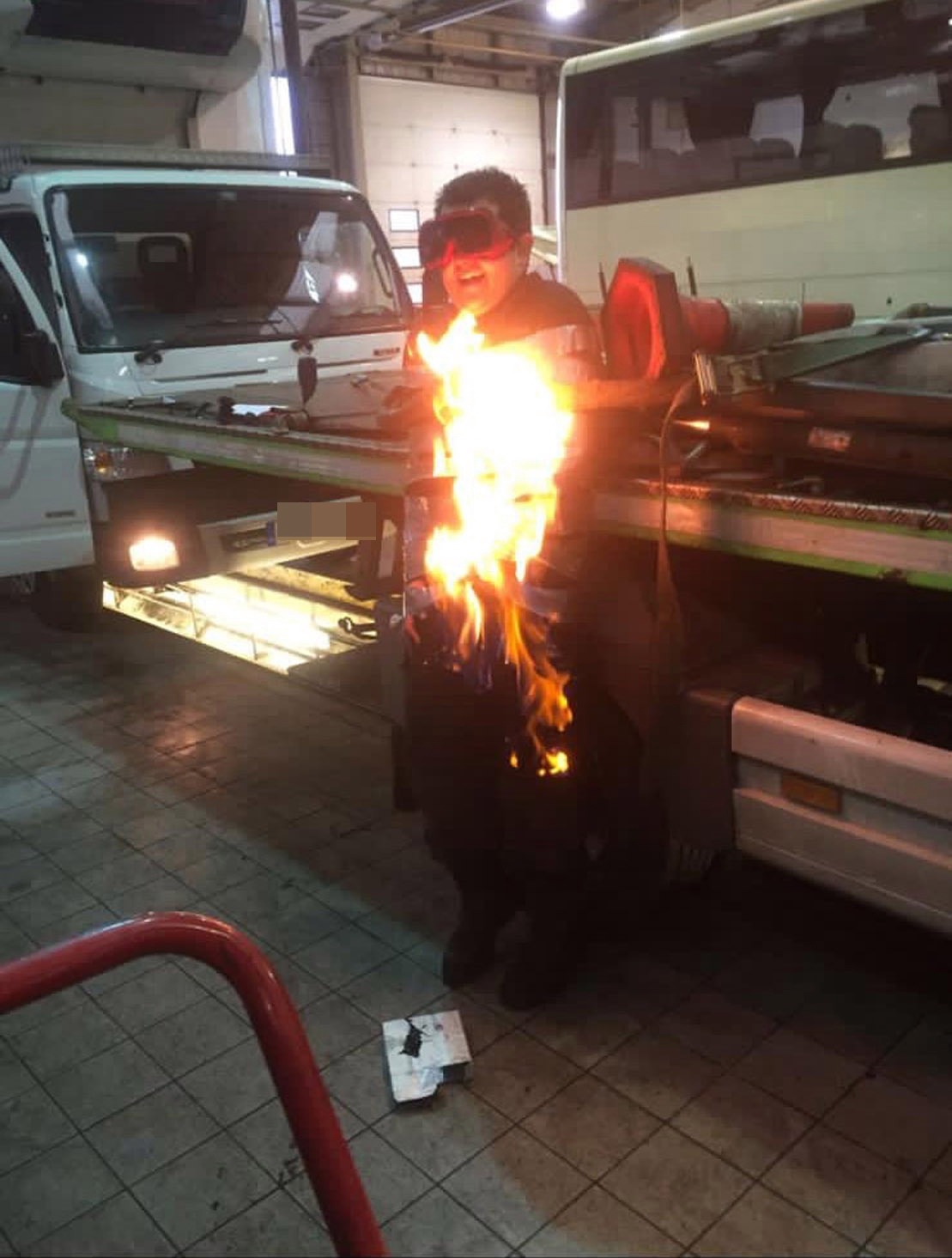 Fellow mechanics had subjected him to the horrific ordeal which caused blistering burns to his hands.

He spent £4,000 on hair-loss treatment as the damage to his head made him bald.

But despite the sick “prank”, bullies Matt Hall, James Hinks and Danny Martin all kept their jobs at Merc dealership Roanza Ltd in Warrington.

Joe reported it to bosses Michael Jones and Roy Reed, but they told him to sign a document agreeing he “would not take matters any further”.

Hinks left the business but returned later as a manager and picked on Joe because he was “an easy target” a tribunal was told.

Other staff joined in with “nasty” tricks.

Joe, of Ramsbottom, Gtr Manchester, said: “It has been a nightmare. I have anxiety, panic attacks, problems sleeping. It takes its toll.” 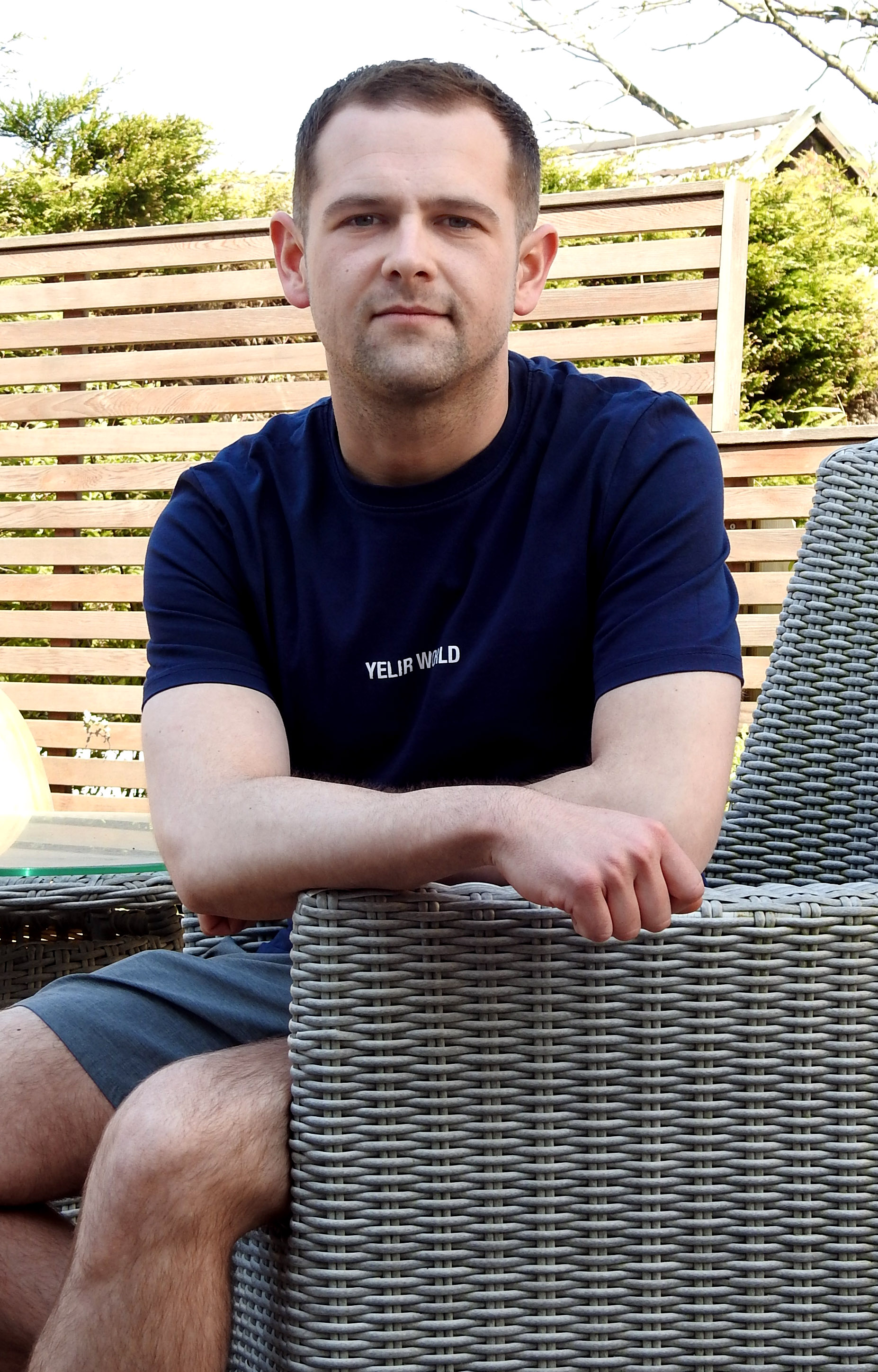 Joe, 25, spent £4,000 on hair-loss treatment after the damage caused by the ‘prank’Credit: Tony Spencer 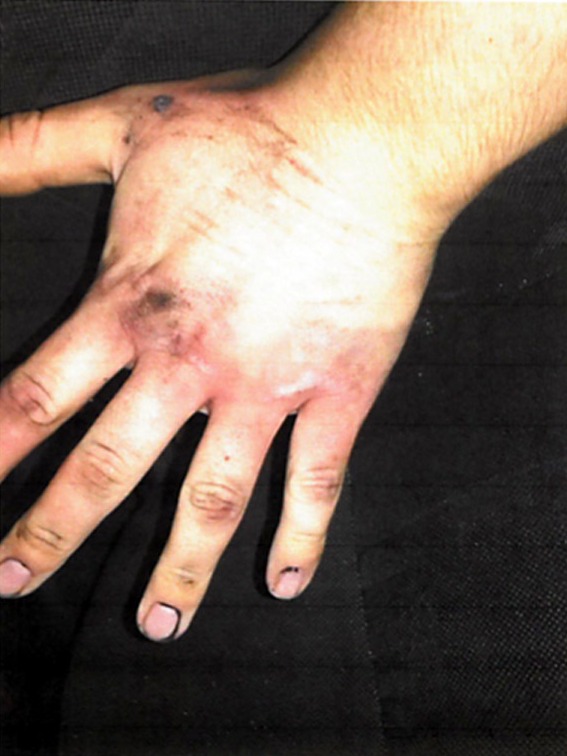 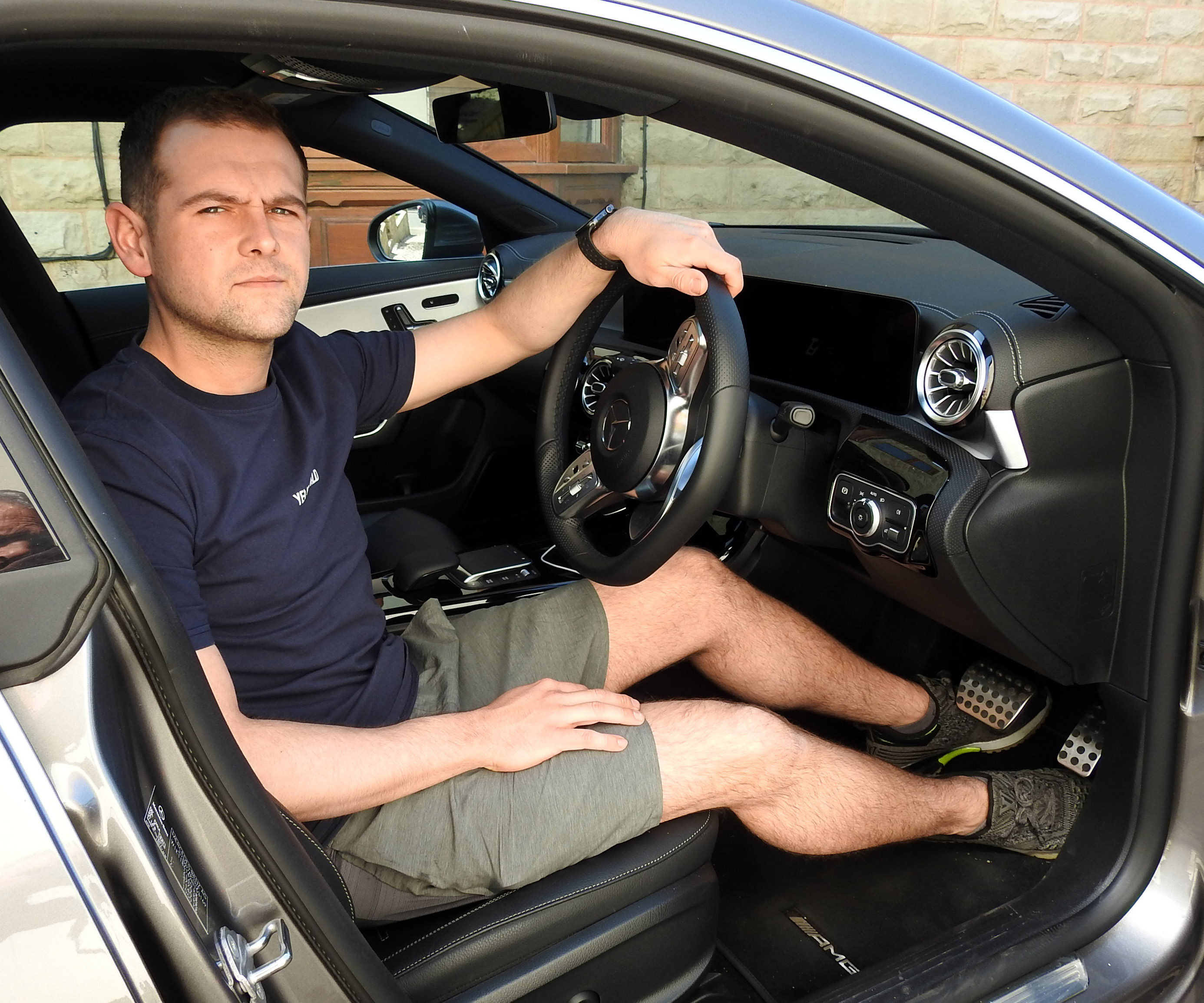 Bosses told Joe to sign a document agreeing he ‘would not take matters any further’Credit: Tony Spencer 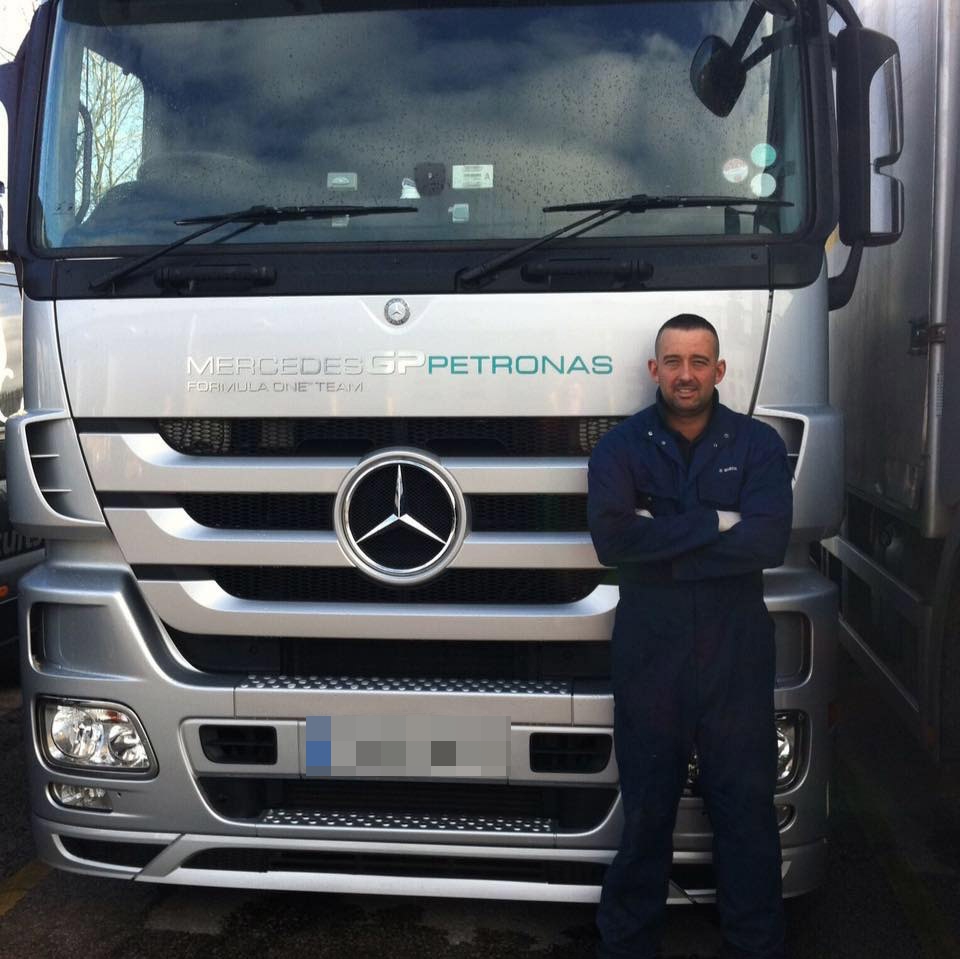 Danny Martin was among those who strapped Joe Higginson to a truck, covered him in brake fluid and set him on fireCredit: Tony Spencer

Bosses lied that he had stolen some oil and used the bogus claim to sack him.

He said: “What they did was insidious and nasty.”

He will try to claim £50,000 for his injuries, but the company has folded.