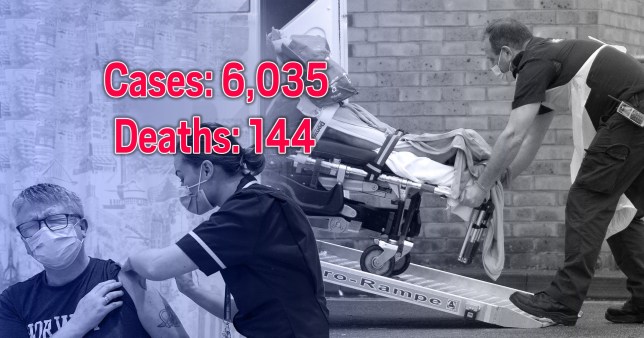 A further 6,035 cases of Covid have been recorded (Picture: Getty /PA)

A further 144 people have died within 28 days of a positive Covid test in the UK.

There were 6,035 new cases of the virus recorded in the past 24 hours, meaning there has now been a total of 4,176,554 infections across the country since the pandemic began. There were 731,410 tests carried out on Saturday.

There were 1,112 people admitted to hospital with Covid across the same period, bringing the total number of patients now receiving treatment to 14,808. Of those, 1,971 require the use of a ventilator.

The data shows that 20,089,551 people have now had their first dose of a Covid vaccine in the UK, while 796,132 people have received their second jab. Boris Johnson celebrated the UK passing 20 million doses earlier today.

The PM tweeted: ’20 million people across the UK have now got the jab – a huge national achievement and a testament to the tireless work of NHS staff, volunteers, the Armed Forces and many more.

‘I urge everyone to get the jab when called. Every jab makes a difference in our battle against Covid.’ 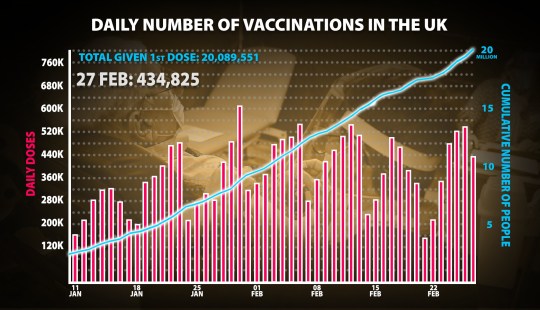 More than 20 million people have now had their first dose of a Covid vaccine (Picture: Metro.co.uk) 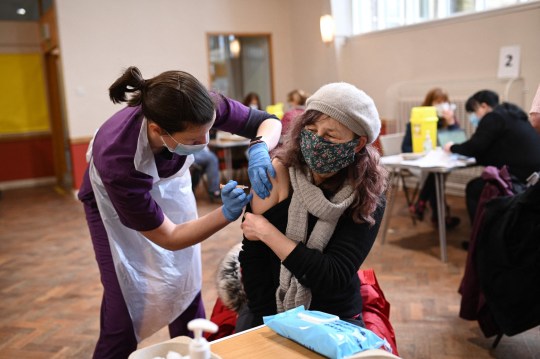 There were 1,112 people admitted to hospital with Covid (Picture: Getty Images)

Health Secretary Matt Hancock also marked the achievement with a video of himself celebrating. He said: ‘I’m absolutely delighted that over 20 million people have now been vaccinated across the UK – it’s absolutely fantastic.

‘I want to thank every single person who’s come forward to get the jab because we know with increasing confidence that the jab protects you, it protects your community and it also is the route out of this for all of us.’


Scientists and ministers have continued to defend the decision to rollout Covid vaccines by age, rather than profession, amid calls for teachers to receive their jabs before schools reopen on March 8.

John Apter, National Chair of the Police Federation of England and Wales, also described the move as ‘a contemptible betrayal of police officers’ and warned that their anger over the decision was ‘palpable’.

Anyone aged between 60 and 63 is now being invited to book their coronavirus jab as the next stage of the vaccination programme in England. More than three in four people aged 65 to 70 have already had their first dose, data shows.