AN annual shed competition has been slated by DIY lovers who say the 2021 crop of nominees “just don’t cut it”.

The hotly-anticipated Cuprinol ‘Shed of the Year’ awards has become a fixture for handymen across Britain, with some rating it above the Oscars or Grammys. 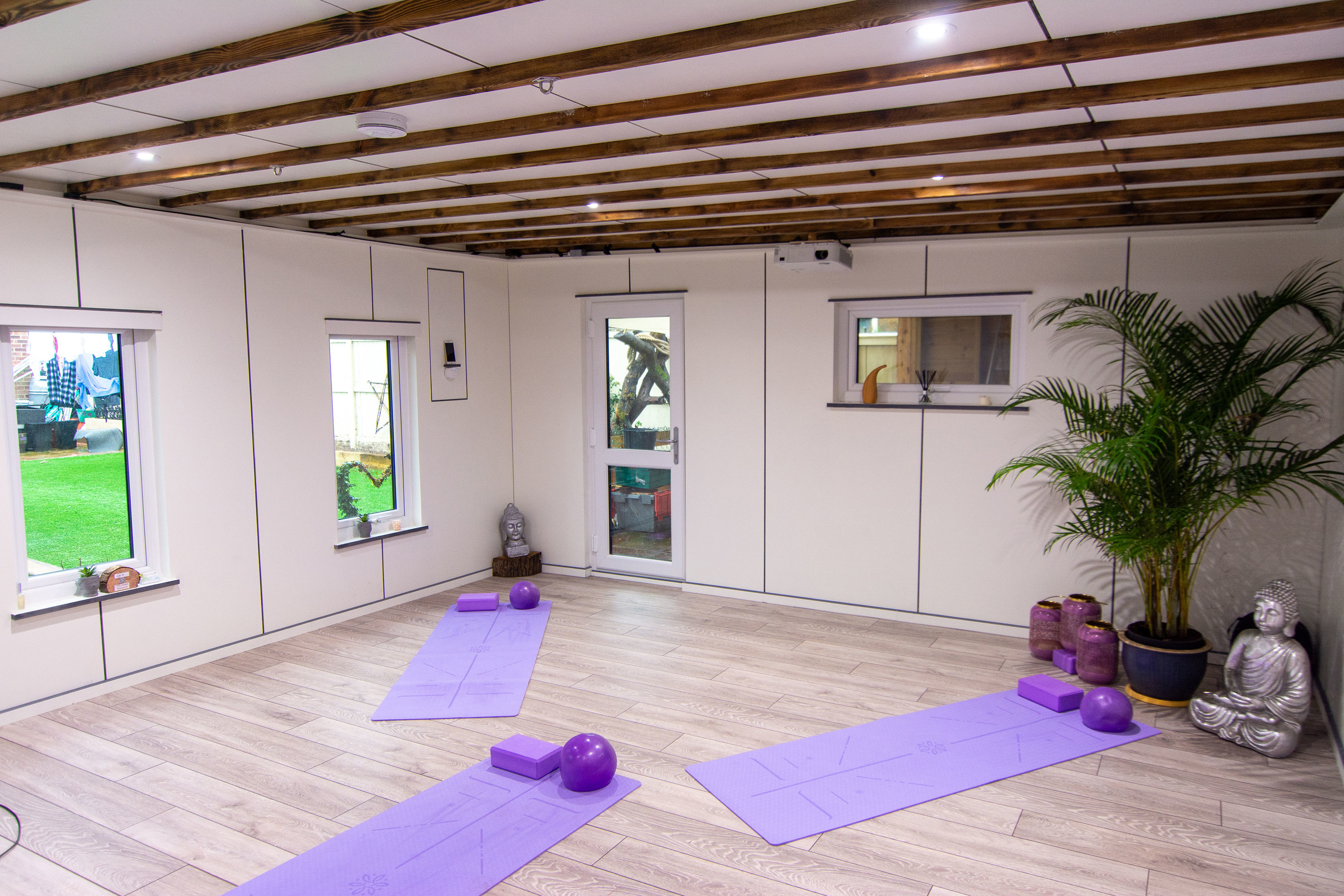 The yoga cabin that Geraint Nicholas from Essex built for his wifeCredit: PA 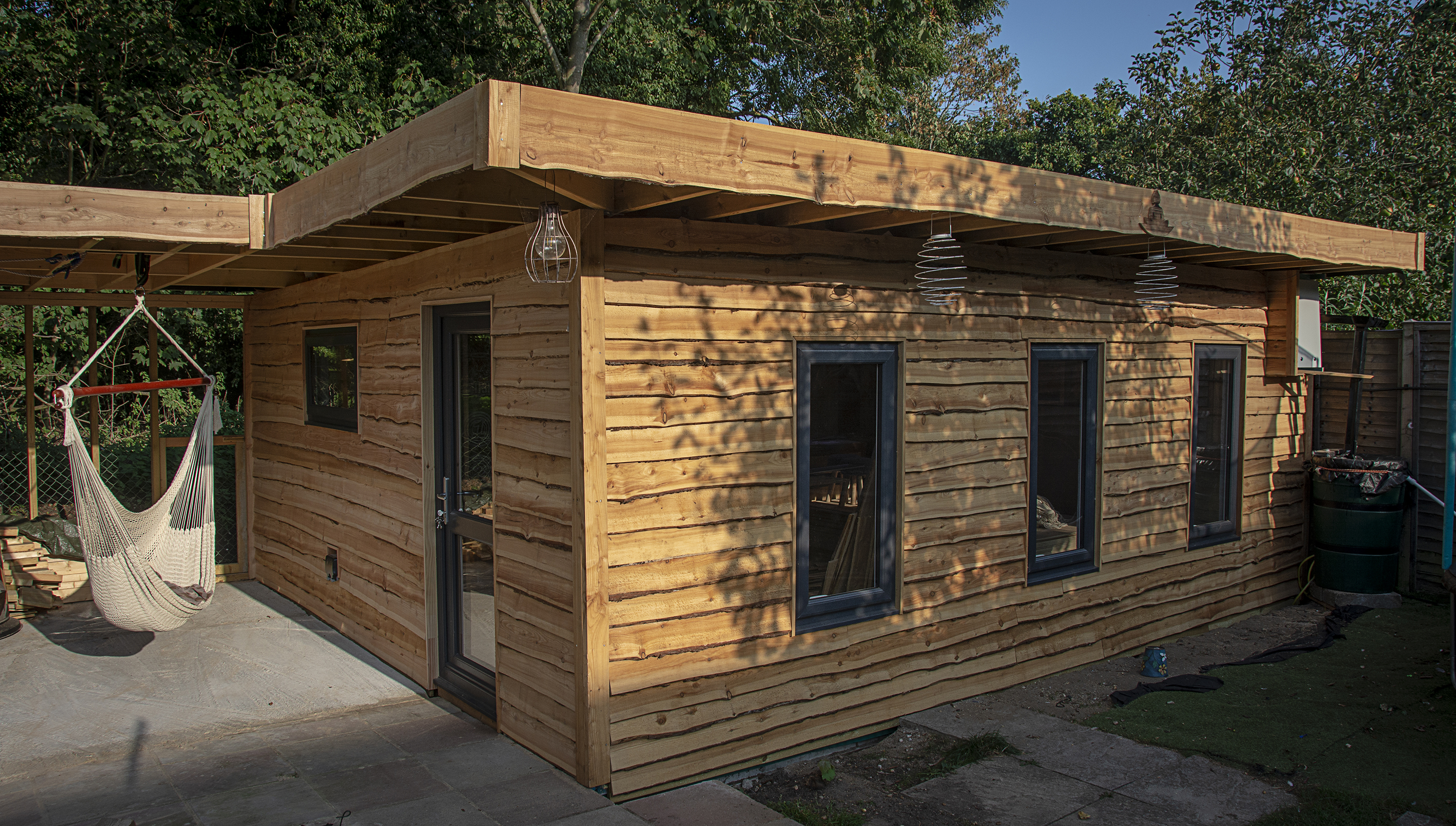 But a list of current 2021 contenders has been criticised as “no fun” with a “commonplace” garden yoga studio and a “lovely but obvious” tiki bar among frontrunners.

Critics say entries featuring a whisky cabinet and an arts and craft cabin are just “too normal” compared to hilarious winners from the past, including a Roman Temple.

Spectacular past winners include Chris Hield, of Buxton, Derbs., who created a real-life Bilbo Baggins-style Hobbit Hole in his garden, in 2019.

While in 2014 ingenious winner Joel Bird, 39, of Tottenham, north London, saved on space by growing veg in an allotment ON his shed roof.

Home improvement nuts say the “drab” shortlist is more disappointing because everyone has had a year at home in lockdown to really focus on their garden huts and cabins.

Building site supervisor Jason Kinns, from Beds, said: “This year should be the best ever as everyone has been sitting at home. 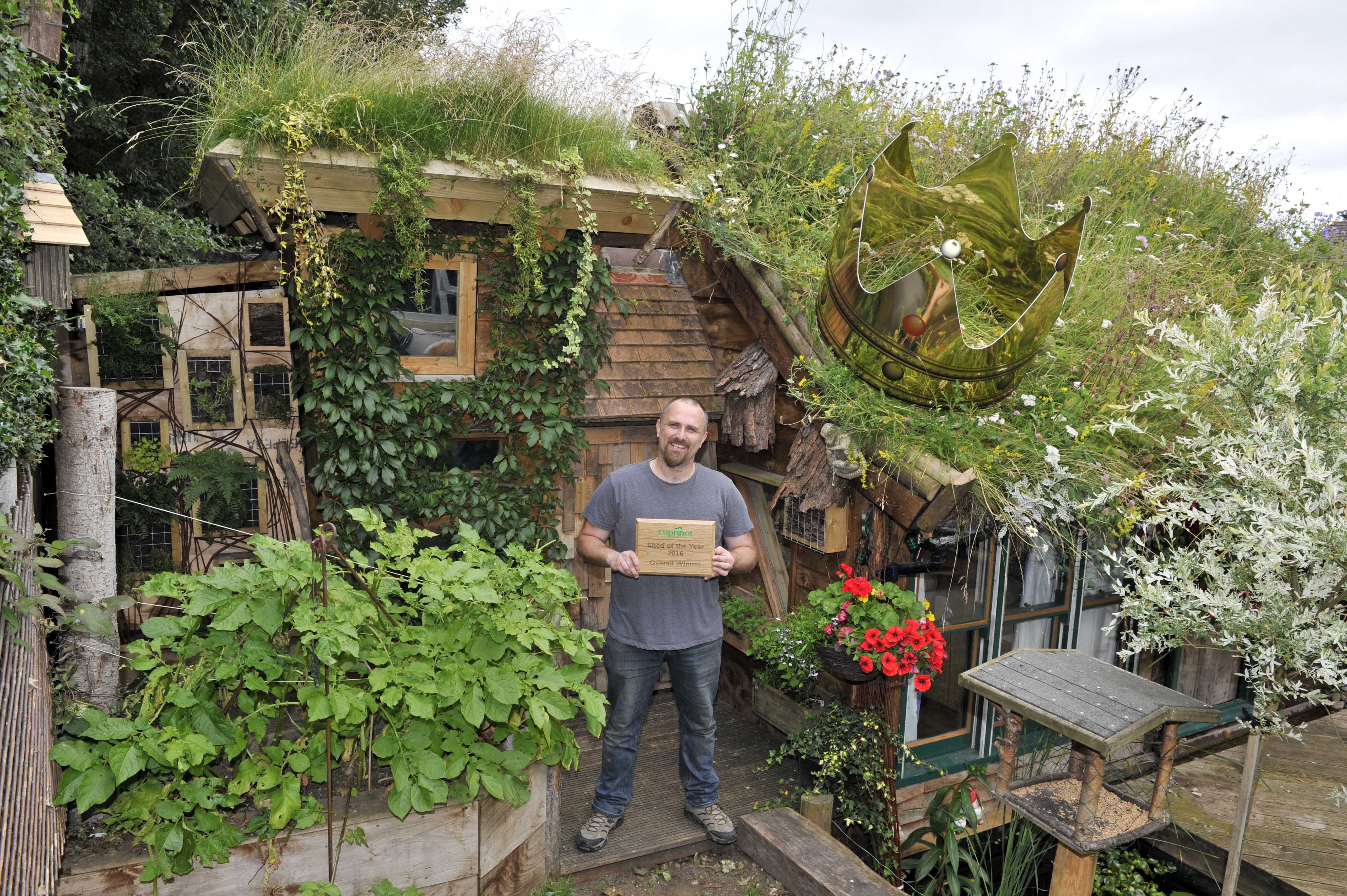 The ‘West Wing’ in Berkshire was crowned overall winner of the highly coveted competition in 2016Credit: Public Domain 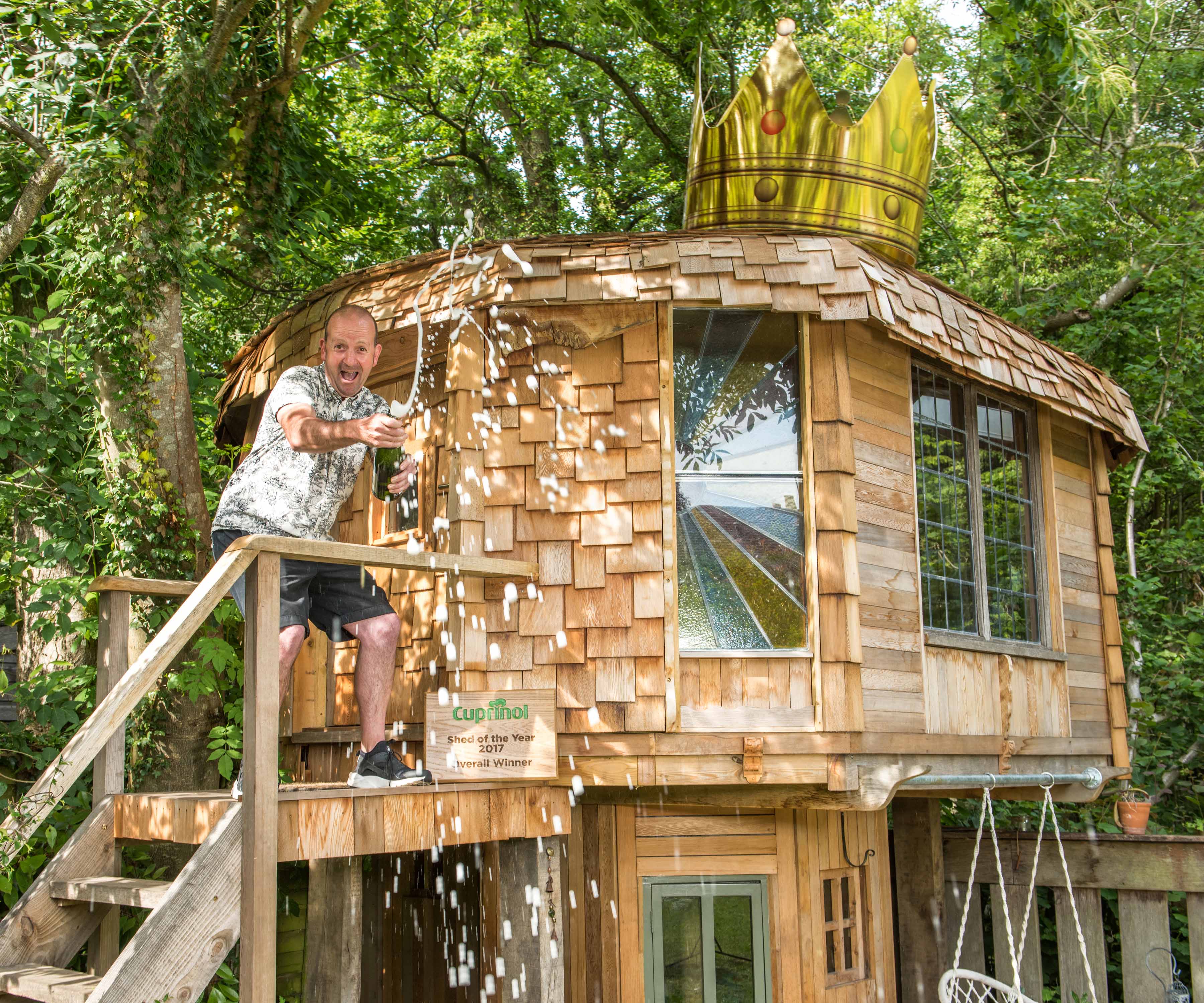 Ben’s shed in Chiddingfold, Surrey was crowned winner in 2017

“Obviously Covid played a part as everyone is feeling it in their wallets but I was looking forward to this competition, it just doesn’t cut the mustard.

“There’s no excuse and there is no lack of material out there.”

Often considered Britain’s greatest ever shed, Tony Rogers transformed his hut into a Roman Temple with columns, where he stands dressed as a centurion.

The homeowner, of Reading, Berks., laid roman cushions inside and even fitted a mosaic table to scoop the best shed gong in 2007.

Other previous greats include a pirate-themed pub built by Reg Miller, of Southend, Essex, in his back garden in 2010, named ‘The Lady Sarah Out Of Worthing’.

In 2015, winner Walter Micklethwait built a Western-style, moonshine saloon fitted out with a working gin distillery inside.

This year’s “impressive, but pedestrian” contenders so far include Geraint Nicholas, of Essex, who built a yoga shed for his wife that also acts as a
More exotic entries for 2021 include a tiki bar in the West Midlands and a Peaky Blinders-themed shed, on Merseyside.

Adam Bell, from South Yorkshire, has entered his woodwork cabin, which also features a whiskey cabinet.

Meanwhile, Diane Goring, from Newport, had entered her shed to pursue arts and crafts, which she does when she is not working as an NHS nurse consultant.

Competition founder Andrew Wilcox claimed the lockdown had “spurred ‘sheddies’ on, to ever more creative heights”. 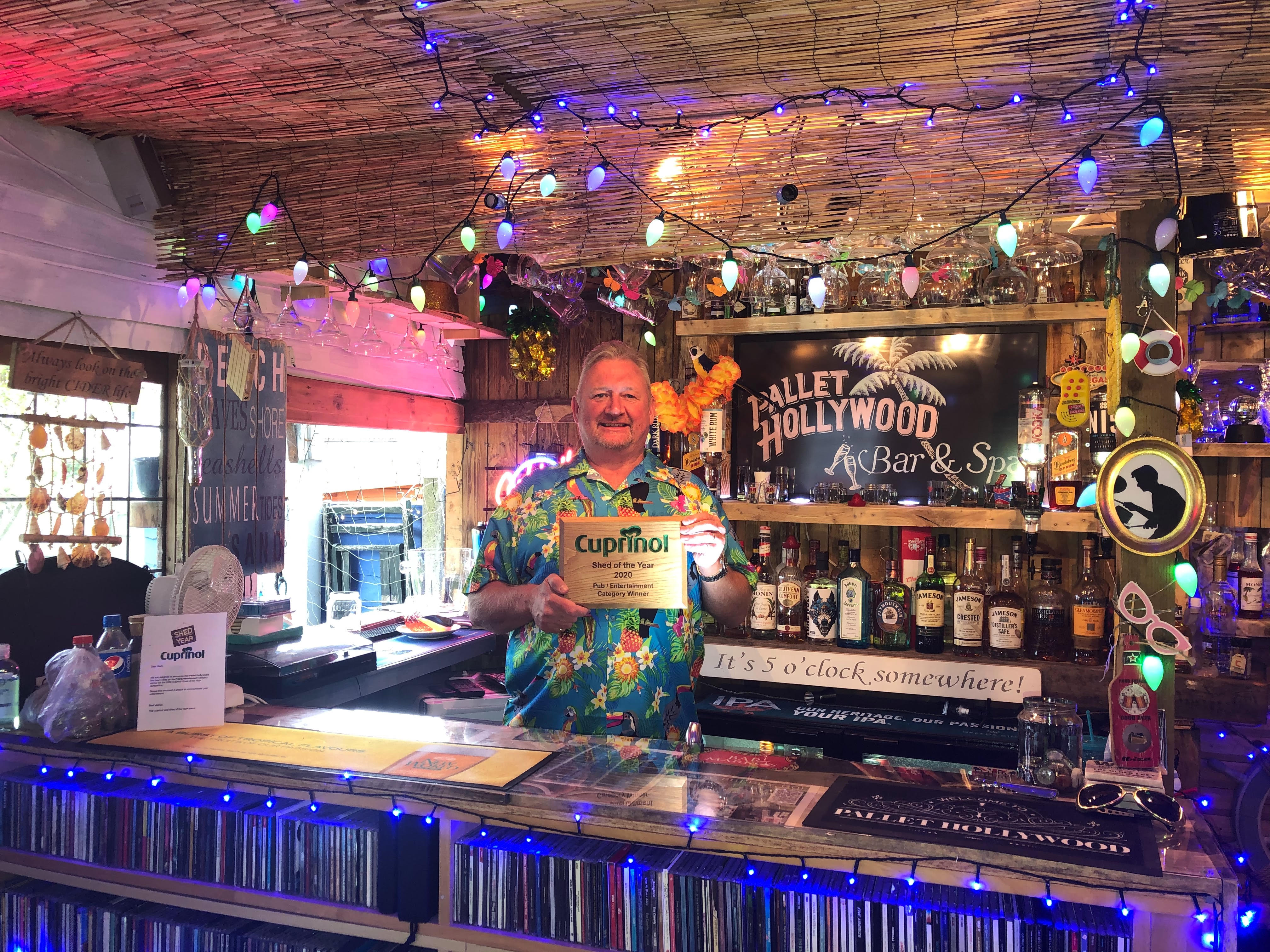 Mark and his Pallet Hollywood bar in his shed in Farnborough, HantsCredit: Culprinol 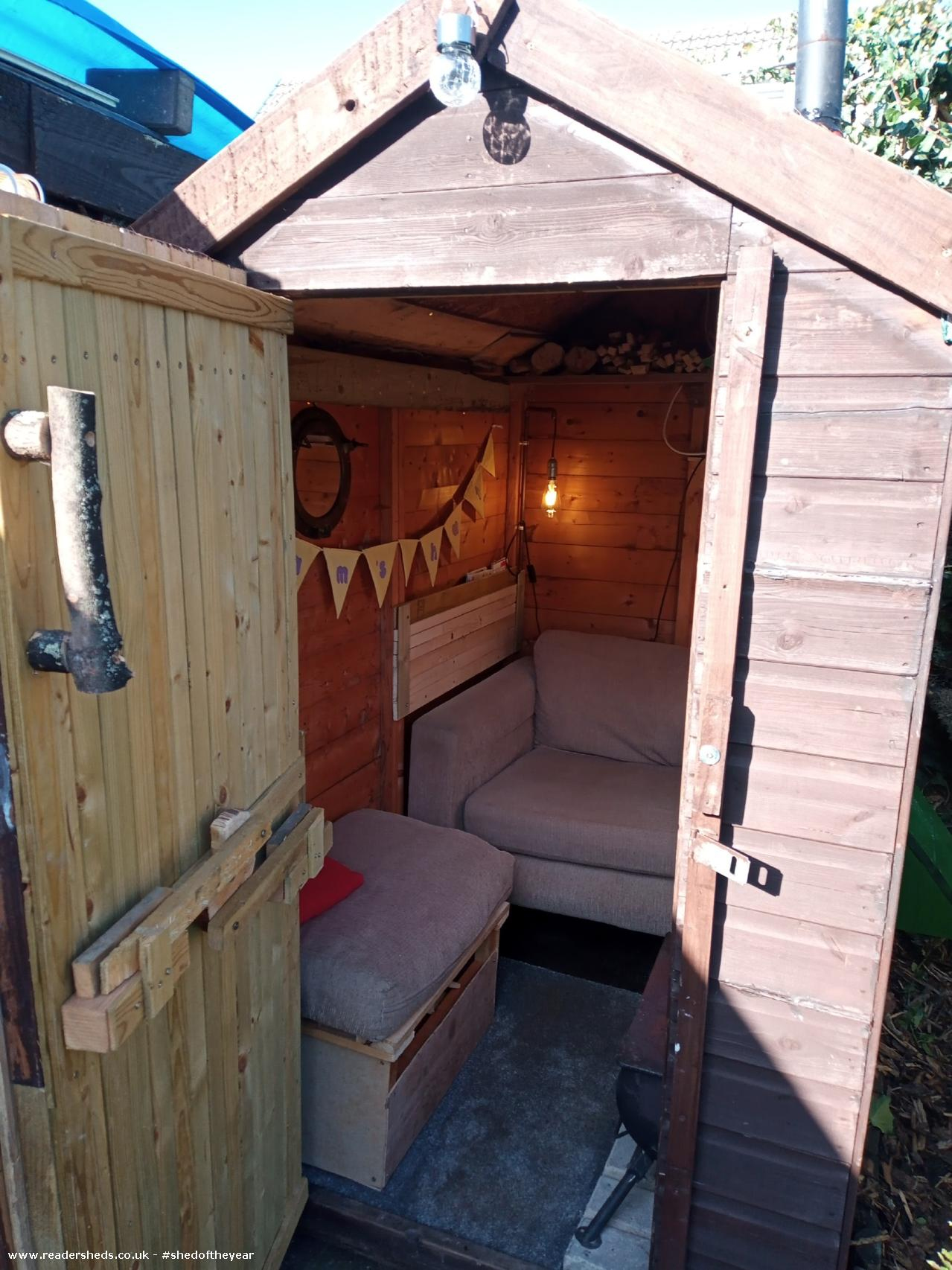 Adam Bell from South Yorkshire was another one of the entries in this year’s competitionCredit: PA

Marianne Shillingford, creative director at Cuprinol, said: “Sheds have now become an extension of the home and one of the most important rooms in the house.”

The competition comprises seven categories, including a lockdown category introduced in 2020.

Cuprinol says it is still accepting nominees ahead of the deadline closing on April 12.