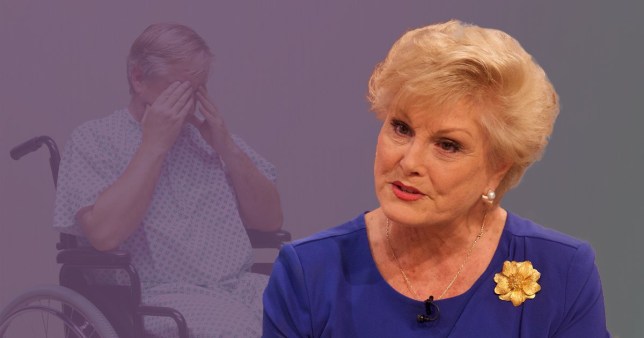 Angela Rippon said people are no longer ashamed to speak about dementia but the Government is not prioritising the issue (Picture: Getty/Rex)

Angela Rippon has accused the Government of a ‘shameful’ failure to deliver on its pledge to double funding for dementia research.

The broadcaster said the ‘horrendous’ 12 months of the pandemic had made existing struggles ‘a hundred times worse’ for families affected.

She called on the Government to honour its ‘moonshot’ manifesto promise to increase funding over the next decade, which would mean an extra £800million in practise, according to the Alzheimer’s Society.

The charity has warned that the cash injection is desperately needed as the disease is one of the greatest health challenges facing the UK, with its impact on those affected being exacerbated by Covid.

Miss Rippon said: ‘The lockdown has highlighted the isolation and loneliness that many families have been struggling with for years.

‘How do you explain to someone with dementia that they can’t see their relatives, their grandchildren, that they’re not allowed out of the house?

‘For people in a care home that isolation and lack of stimulation, no matter how hard the wonderful workers tried, meant that families’ loved ones were deteriorating before their eyes.

‘They were getting to the point where they were losing the ability to speak, it had the most horrendous effect on people, psychologically, emotionally and medically.

‘For loved ones at home it was terrifying to see people around them wearing masks. It highlighted all the anxieties, problems and negative aspects of dementia and made it a hundred times worse.’ 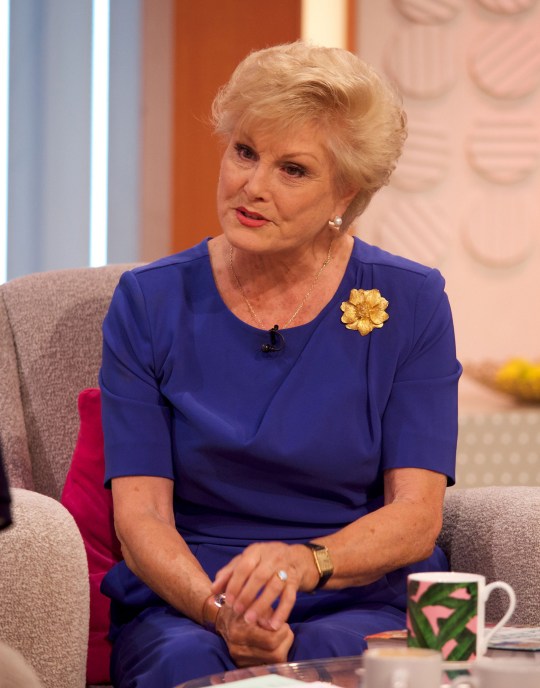 Angela Rippon has been an outspoken ambassador for the Alzheimer’s Society and its call for the Government to increase dementia funding (Picture: Ken McKay/ITV/REX)

The TV presenter became an ambassador for the society after losing her mother, Edna, who suffered from dementia before her death in 2009.

She wants the Conservatives to honour the election pledge which the party described as the ‘largest boost’ to the field ever delivered in the UK.

However campaigners say Health Secretary Matt Hancock’s promise in November 2019 to spend a total of £1.6billion in a decade if the Tories won the general election has not materialised.

The death of Dame Barbara Windsor from Alzheimer’s disease the following month at the age of 83 further pushed the issue into the spotlight. The EastEnders star was also an ambassador for the charity and her widower, Scott Mitchell, has continued his work in the same role.

Miss Rippon said: ‘To the best of my knowledge we have not seen a penny of the money that was promised and the message is very simple: the Government needs to step up and provide the money.

‘There is no question that research is going to help us beat dementia on so many different levels. I’m not going to be bold and say it’s going to find a cure because people have been searching for cures for cancers, motor neurone disease and Parkinson’s disease for years.

‘But all the money that has been pumped into, let’s take cancer research, has produced cures for certain cancers, and that has given people hope.

‘It’s frankly shameful that a disease which eats away at the brain has not been made a priority by the NHS, this Government and every government since dementia was discovered.’ 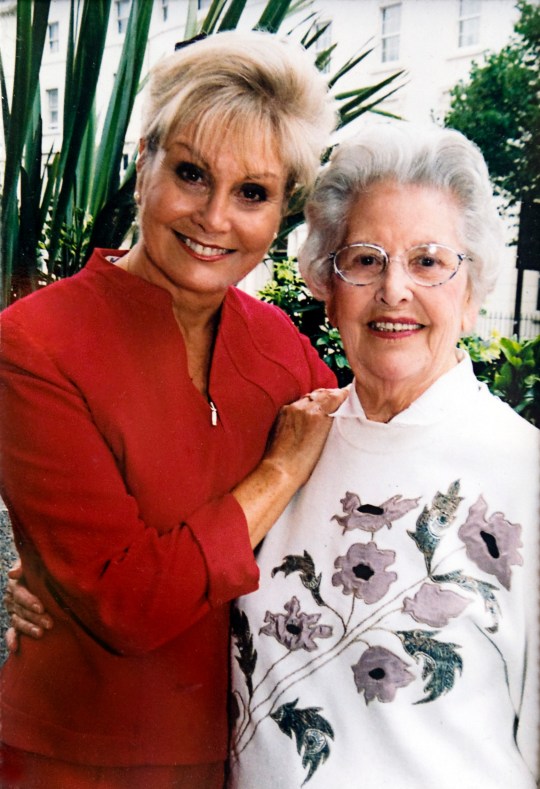 Angela Rippon and her mother, Edna, who was diagnosed with dementia before her death in 2009 (Picture: Alzheimer’s Society)

Miss Rippon’s campaign work also includes co-chairing the Prime Minister’s Committee on Dementia Friendly Communities and filming a documentary for BBC One that touched on her personal experiences.

She underwent tests to assess her own susceptibility to the devastating condition, which includes symptoms such as memory loss and can be caused by Alzheimer’s disease or a series of strokes.

‘More people die from dementia than from cancer and all sorts of other diseases. So why is the Government ignoring it?

‘The Alzheimer’s Society and other charities are working with some of the best brains in the country on some amazing work but just think what they could achieve if they had the kind of funding given to other diseases.

‘There might not be a magic bullet of a cure but they might come up with more ways people could control or prevent dementia.

‘They might be able to lengthen people’s lives. That money would bring so much relief to thousands upon thousands of families.’ 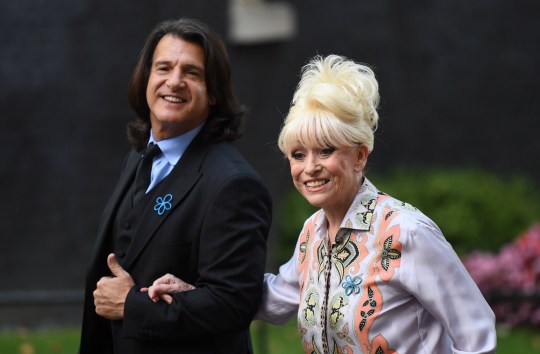 Dame Barbara Windsor, who died from Alzheimer’s and husband Scott Mitchell, who is an Alzheimer’s Society ambassador (Picture: Getty)

Miss Rippon, 76, told Metro.co.uk that the national awareness of dementia has shifted since her mother’s diagnosis in 2004.

She said: ‘The national acceptance and knowledge of dementia is great because people have stopped being ashamed of it.

‘There’s still a fear and a lack of understanding in some quarters but people have come to recognise what it is and the effect it can have on their family.

‘Now it’s a theme in soap operas and Oscar-winning films. It’s almost as if the nation is getting there but the Government isn’t.

‘One family in three has a connection in some way to dementia and in Parliament at least a third of MPs will be affected by it. And yet they are very low-key about it in the Commons, I want them to speak openly about it and how it affects their families and what can be done.

‘I want to see the Government and the NHS in particular waking up and doing something about it so the families who have loved ones with dementia are getting the support they desperately need and deserve.’

The Department of Health and Social Care (DHSC) has said the Government is in discussions with the research sector about ways it can provide help.