A MUM is angry that baby killer Beverley Allitt is getting a Covid jab before her daughter — who was left disabled by the evil nurse.

Sue Laccohee, 53, said: “It annoys me that anybody who has done wrong can get the jab before other people that need it most.” 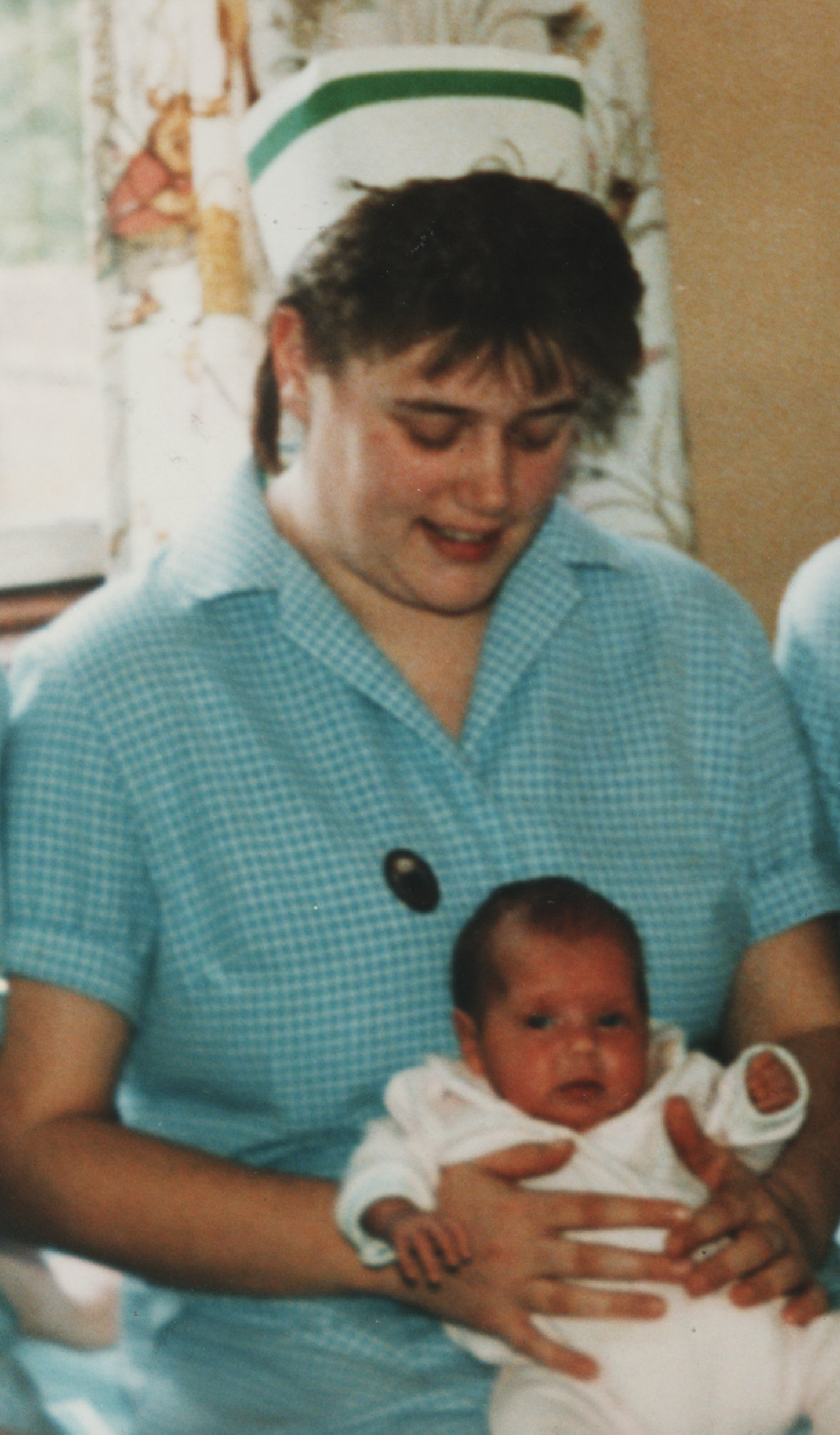 Beverley Allitt, aged 22, on the children’s ward where she murdered babies – sat on her knee is Katie PhillipsCredit: News Group Newspapers Ltd

Her daughter, Katie Phillips, was just two months old when Angel of Death Allitt gave her a near-fatal insulin overdose, which killed her twin sister Becky.

Allitt, now 52, attempted to kill Katie four times by suffocation and injections of insulin and potassium.

Allitt, who murdered four tots and tried to poison nine others in 1991, is among 360 patients at Rampton top security psychiatric hospital to be offered the vaccine.

Former NHS worker Sue, of Grantham, Lincs, said: “Obviously, I would like Katie to have everything going to protect her — but she still hasn’t had it.

“We don’’t mind waiting if people are more vulnerable than us but if we’re bringing Beverely Allitt into the equation you do wonder.

“I can only think that Miss Allitt has some underlying health condition that means she has jumped the queue. It is annoying but I am not shocked. 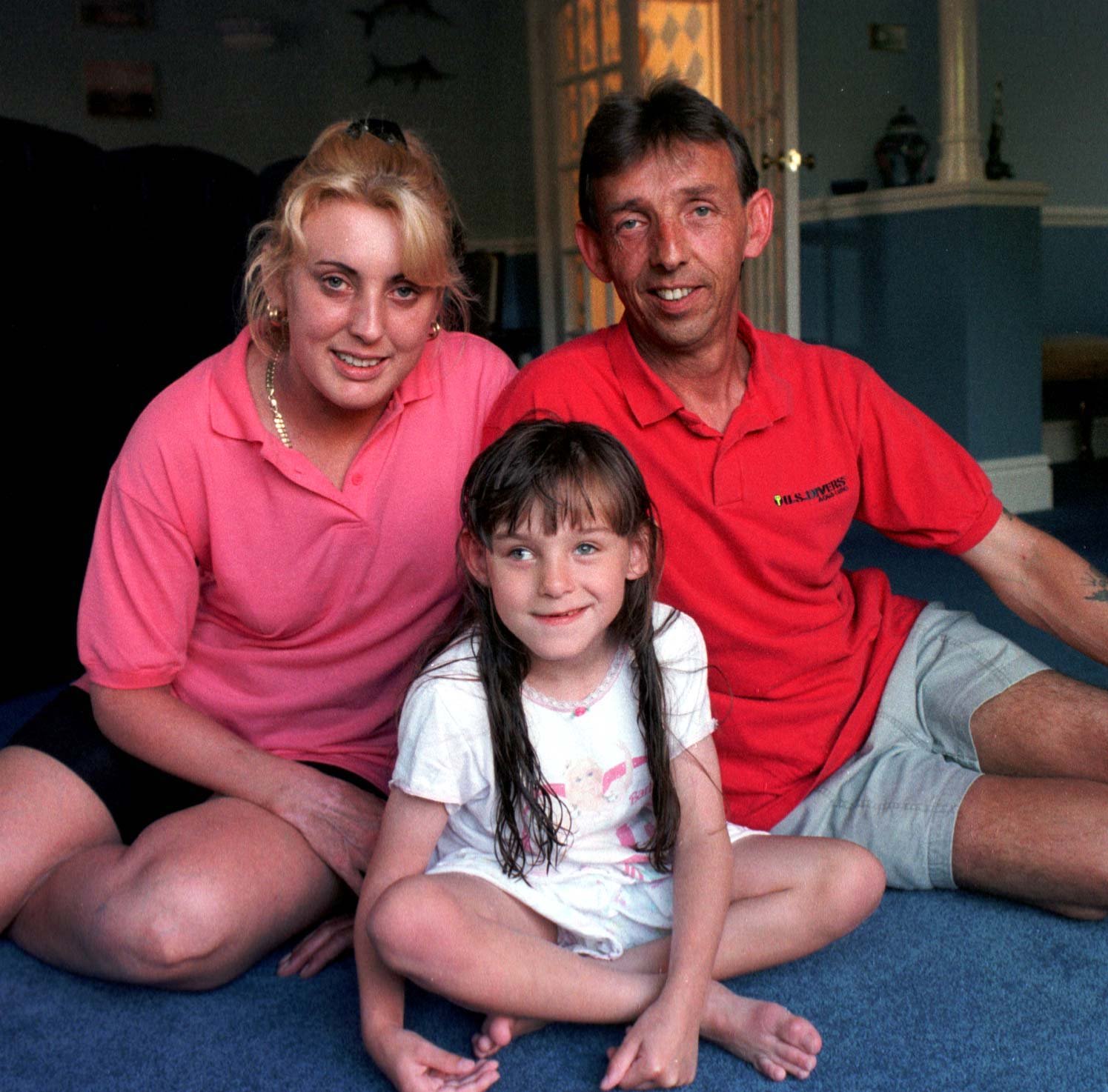 Young Katie, pictured when she was seven, with her parents Sue and PeterCredit: Andrew Weekes

“No matter how repulsive or reviled they are, these people will get the jab. The NHS has a duty of care.”

It is not known if Allitt is classed as clinically extremely vulnerable like fellow serial killer Rose West — which would entitle her to a jab alongside over-70s.

Allitt nearly died from sepsis caused by self-inflicted injuries in 2018 but is understood to have made a full recovery — raising questions about her place in the vaccine queue.

Meanwhile, millions of frontline cops, firefighters, shop workers and teachers are still waiting for theirs.

Reports at the weekend also revealed millions of vulnerable ME sufferers, those with spinal cord injuries and people with mild to moderate learning or rare physical disabilities were also unsure when they would be inoculated.

Last night, a source said: “It’s sickening that vaccines are being handed out to these people. 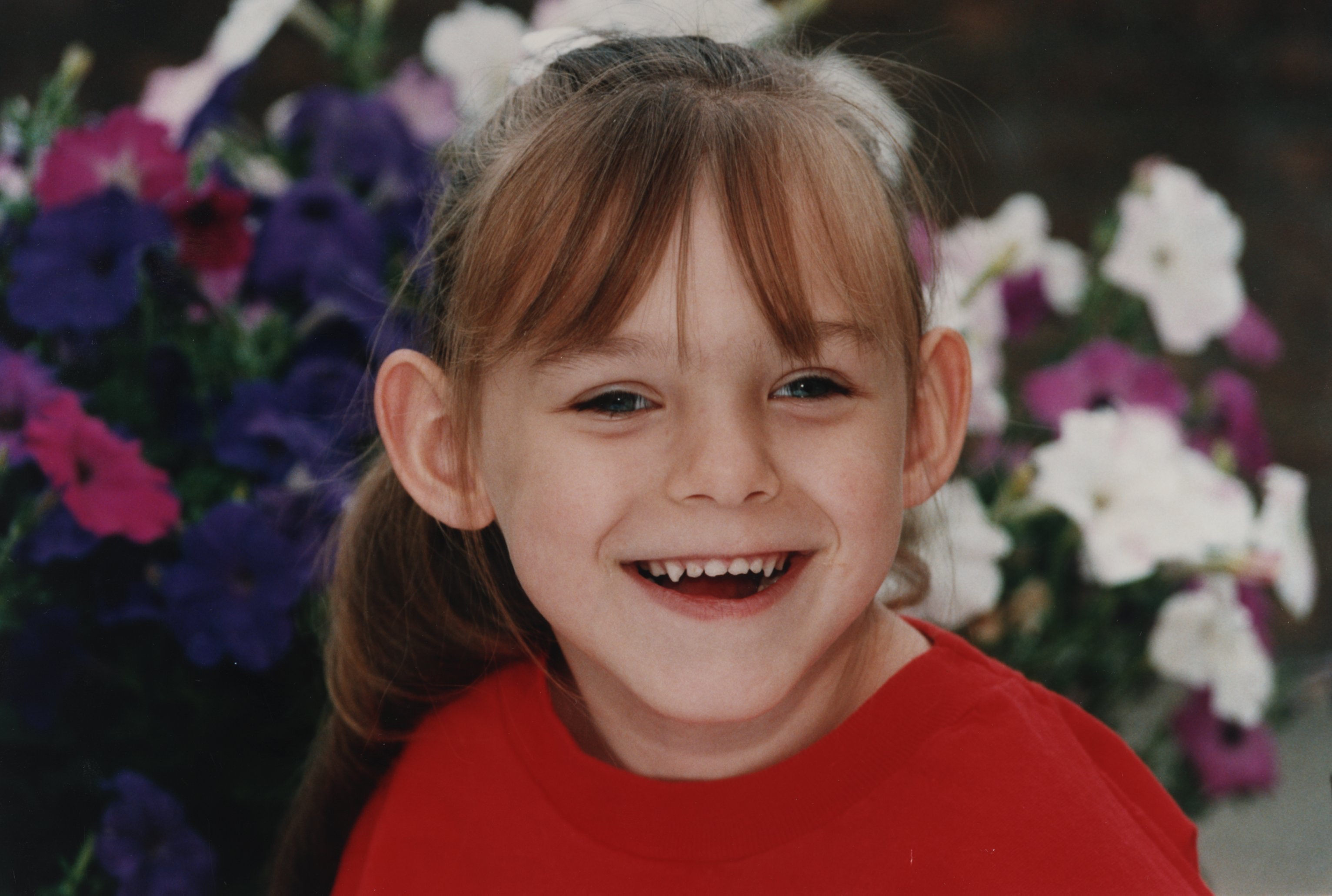 The nurse attempted to murder Katie Phillips and took the life of her twin sister BeckyCredit: News Group Newspapers Ltd

“The revolting irony with Allitt is that she was herself an NHS worker who committed the ultimate act of betrayal by murdering innocent patients in her care.

“I’m sure anybody involved in administering her jab would have felt utterly disgusted.”

Allitt went on a deadly 59-day spree at a children’s ward at Grantham and Kesteven Hospital, Lincs, in 1991 — giving patients insulin or potassium overdoses.

Some of those who survived were left with life-long disabilities. Allitt was the only nurse on duty during every attack.

After a court trial in 1993 which saw her given 13 life sentences and a minimum of 30 years, Allitt was sent to Rampton Hospital, Notts, as a psychiatric patient when medics ruled she was a risk to herself.

Victim Katie was awarded £2million damages from the local health authority to cover her care costs. 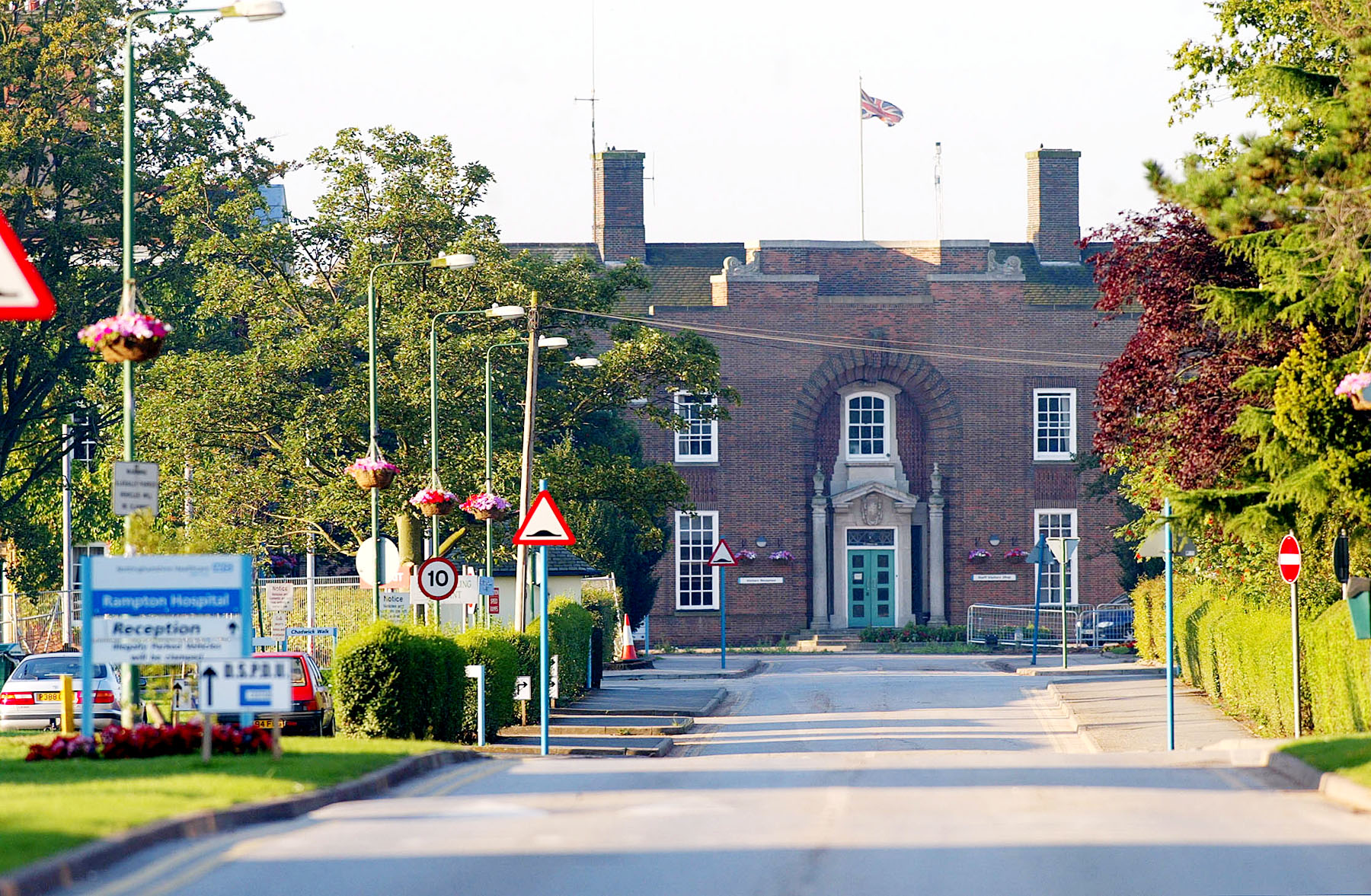 Allitt is among 360 patients at Rampton top security psychiatric hospital to be offered the vaccineCredit: PA:Press Association

The Sun helped pay for her to have dolphin therapy in Florida.

The programme works by rewarding children with dolphin rides around the pool every time they complete a new task.

Dr Julie Hankin, executive medical director at Nottinghamshire Healthcare NHS Foundation Trust, said: “Our patients are being vaccinated at the same time as the general public and in line with the priority groups set out by the independent Joint Committee on Vaccination and Immunisation.” 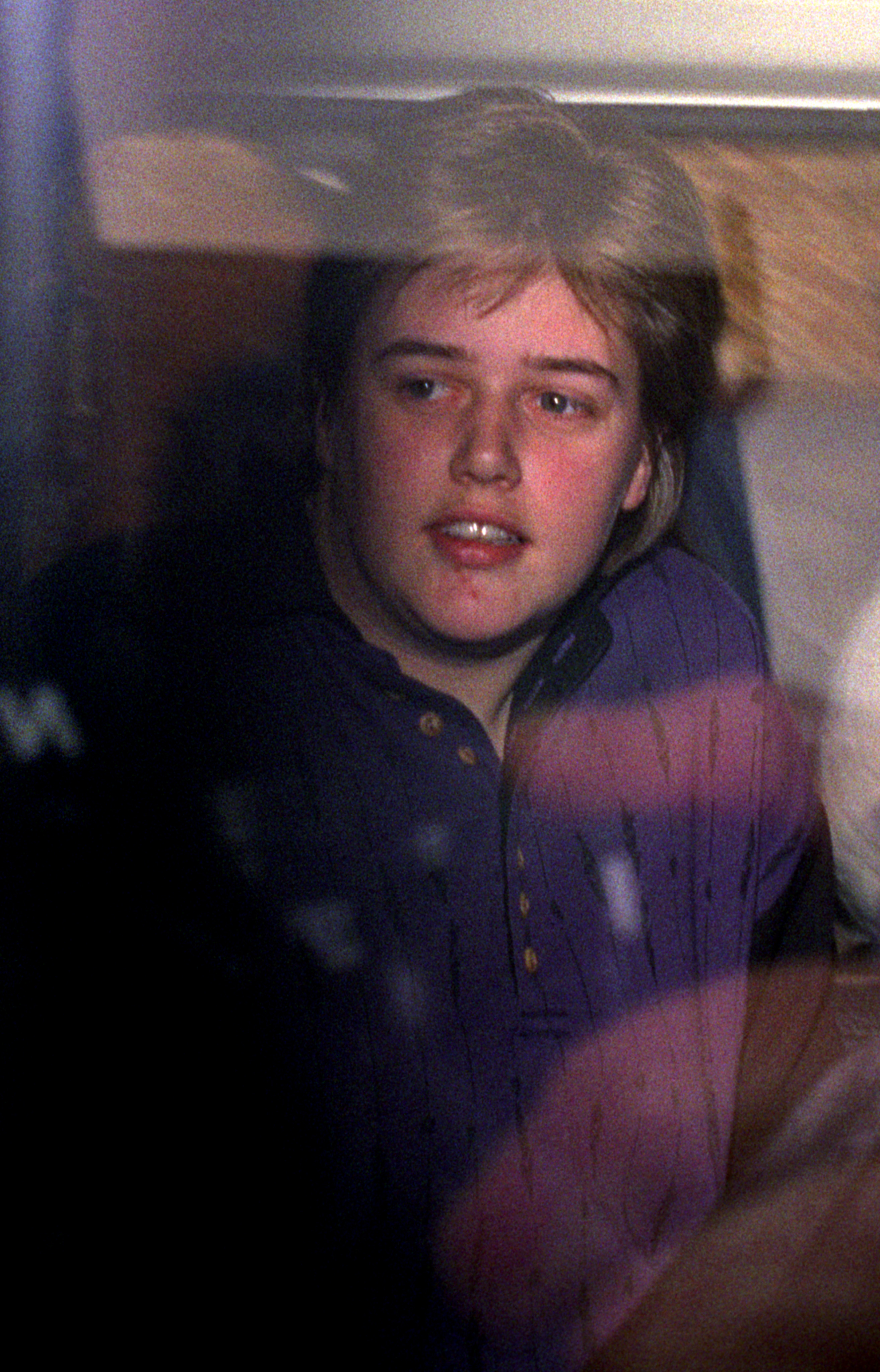 Allitt went on a deadly 59-day spree at a children’s ward at Grantham and Kesteven Hospital, Lincs, in 1991Credit: PA:Press Association

Killer on the ward 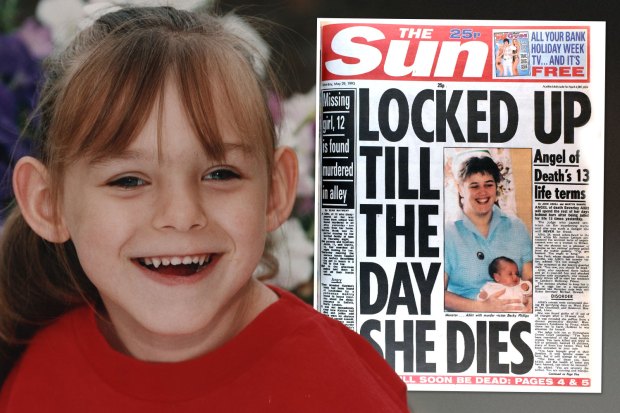 BEVERLEY Allitt left school at 18 in 1987 with a handful of qualifications before beginning nurse training at Grantham College.

Her medical records from 1985 showed she was a psychologically disturbed individual and prone to self-harm.

Despite being under qualified, she was offered a six-month contract at Grantham and Kes-teven Hospital.

She was taken on in late 1990 due to severe staff shortages. While left alone she went on a killing spree at a children’s ward.

In 1993, she was convicted of four counts of murder, three ­att­em­pted murders and six counts of GBH and given 13 life sentences, with a minimum of 30 years.