An amber warning for heavy and persistent rain has been issued for tomorrow, while several yellow warnings will also be in place.

More than a month’s worth of rain is expected to fall in many areas across eastern Scotland between today and 7am on Saturday.

A yellow weather warning of rain for eastern Scotland is in force from 3pm until 6pm on Friday, while an amber ‘heavy rain’ warning is in force for Aberdeen, Aberdeenshire, Angus and Perth and Kinross from midnight until 3pm tomorrow.

Amber is the second strongest warning level given by the Met Office, with only red more severe.

It follows ‘atrocious’ conditions on the roads yesterday and overnight, with flooding causing chaos on road and rail networks and cars abandoned. 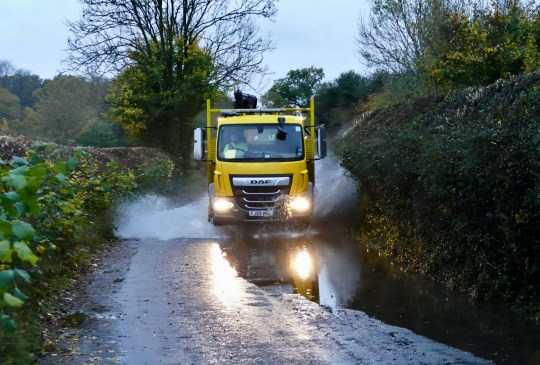 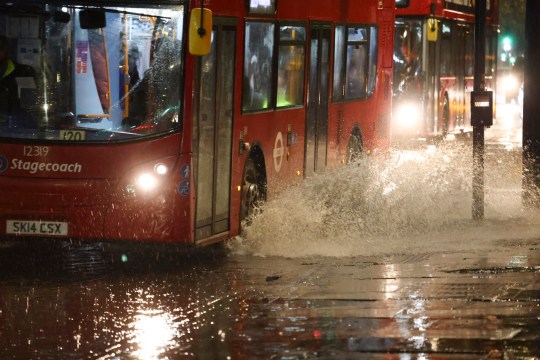 The Met Office issued weather alerts as a band of rain – which arrived in Cornwall on Wednesday afternoon – travels across the country before passing over Scotland’s east coast on Friday.

Rail passengers in Scotland have been warned to expect longer journey times when speed restrictions are brought in on some routes due to forecasts of ‘extreme rainfall’.

Parts of the Edinburgh to Aberdeen, Stirling to Dundee and Ladybank to Perth routes will be affected, as will part of the Highland Main Line and the East Coast Main Line between Edinburgh Waverley and Berwick.

ScotRail tweeted this morning: ‘Over a month’s worth of rain is expected to fall in many areas across Eastern Scotland between now and 0700 on Saturday.

‘For your safety, speed restrictions will come into place later today – check your journey on our app before travelling over the next few days.

‘The first route to be affected will be Edinburgh-Dunbar in both directions from 1200 today.

‘Trains will be limited to 40mph (down from 100mph) over a seven-mile section of track, adding around 10 mins to journeys.’