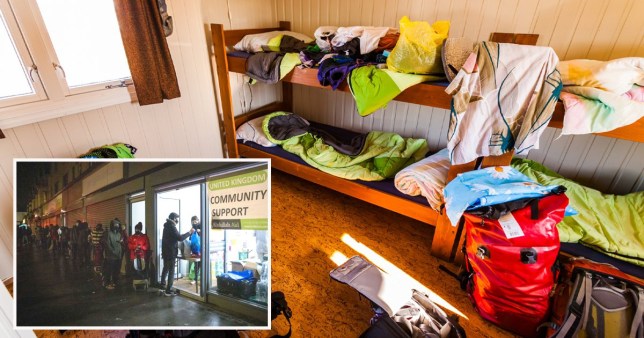 In December 2020, 95,370 households were registered as homeless and as living in temporary accommodation (Picture: Getty Images)

Almost 100,000 households in England were homeless at the beginning of this year, new Government figures have shown.

After more than a year of being thrown in and out of lockdowns, thousands have plunged into financial insecurity through redundancies or by being put on furlough.

Despite the Government introducing a ban on evictions – set to end on May 31 – 95,370 households were registered as homeless and living in temporary accommodation at the beginning of 2021.

‘To say the last year has been difficult for homeless families is a gross understatement, it’s been atrocious,’ said Polly Neate, chief executive of the charity Shelter.

Between October and December last year, 62,250 families who were homeless or at risk of losing their homes went to their councils for help.

But only one in six (17%) of those households were placed into emergency B&Bs and hostels.

And the pandemic brought new challenges that made finding secure accommodation even more difficult than before. 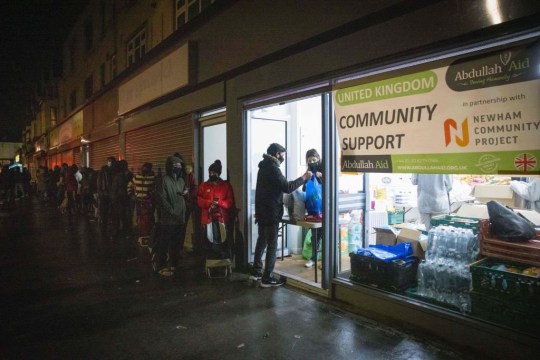 More Brits have faced desperation over the last year because of the pandemic (Picture: Getty Images)

Due to lockdowns, people in need were no longer able to stay with family or friends – something that caused 32% of households to become homeless, while 12% said they were driven out of their homes because of domestic violence.

For domestic abuse survivors, it become particularly difficult to find emergency accommodation, as shelters saw a 40.6% decrease in available vacancies because so many people came forward.

A further 13% said they became homeless after losing a private tenancy – despite there being an eviction ban in place.

People losing private tenancies account for about a fifth (1,920) of homeless people who were determined vulnerable enough to need support and housing.

This is a 7.8% decrease from the year before, when losing a private rental was the most common reason for being threatened with homelessness.

Ms Neate warned that even more households are at risk of becoming homeless when the eviction ban is lifted next month. 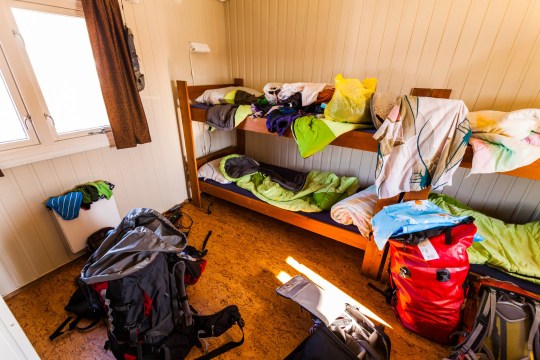 Out of the 62,250 who went to councils for help between last October and Decmeber, only 17% of them were given emergency accommodation in B&Bs and hostels (Picture: Getty Images)

She said: ‘The economic impact of the pandemic has exposed the true cost of decades of failure to build the social homes we need.

‘More than 60,000 households were tipped into homelessness last winter – even with the evictions ban.

‘In just over a month the ban on evictions is going to lift, and even more struggling families could be faced with the same fate.’

Ms Neate went on to urge the Government to look at building affordable housing instead of focusing on growing home ownership.

The cabinet has introduced strategies such as shared ownership and First Homes, while Boris Johnson has long spoken about the ‘generational unfairness’ in the housing market.

But Ms Neate believes this attention is misdirected, adding: ‘Despite the clear danger that homelessness will rise, the Government remains focused on expensive homeownership schemes, rather than anything resembling truly affordable housing. 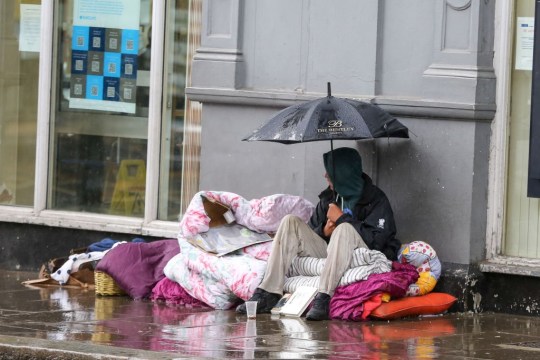 Homelessness has been particularly difficult this last year because of the pandemic (Picture: Getty Images)

‘If the Government wants this country to recover quickly from the pandemic, investing in a new generation of secure social homes is an absolute must.’

Chief executive of Homeless Link, Rick Henderson, said: ‘The high number of people living in temporary accommodation is, ironically, both positive and gives cause for concern.

‘While it reflects the commendable efforts of “everyone in” to protect people sleeping rough during the pandemic, with the potential threat of a third wave later this year it also highlights the acute need for suitable, sustainable accommodation solutions and a support offer for people with no recourse to public funds.’

The latest figures come as the Government faces backlash for passing a law that can deport rough sleepers who are not UK nationals.

Homelessness charity Crisis told Euronews the new rules, which are part of the country’s post-Brexit plan, are ‘inhumane’ and that no one should ‘face punishment for experiencing homelessness’.

The law, which came into effect on April 6, states that in order to remove someone from the country for rough sleeping, they need to have ‘repeatedly refused suitable offers of support and consistently engaged in anti-social behaviour’.

Domestic Abuse charities have also warned that the policy could force migrant victims of domestic abuse to stay with their perpetrators instead of leaving.

The Home Office said: ‘The Government has made clear that no one should be without a roof over their head. We have provided unprecedented funding to tackle homelessness and rough sleeping, spending £750 million this year.

‘The immigration rule is discretionary and is only to be used as a last resort where a person repeatedly refuses offers of suitable support and is engaged in persistent anti-social behaviour.’

A Government spokesperson said: ‘The Government is taking action to reduce the need for temporary accommodation, by preventing homelessness before it occurs – that’s why we are investing over £750 million this year to tackle homelessness and rough sleeping.

‘We’re also increasing the supply of affordable housing, investing over £12 billion through our Affordable Homes Programmes. This includes the largest cash investment in affordable housing for a decade, delivering up to 180,000 new homes, with around 32,000 social rent homes.’