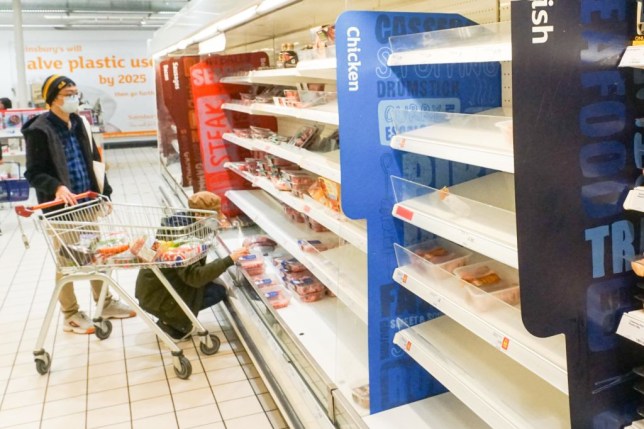 Shelves might be looking a bit emptier in your local supermarkets. (Picture: Getty)

The UK has been plagued by shortages of several essentials and other bits, causing problems for supermarkets and restaurants alike.

The situation has got so dire that the Chief Executive of the Co Operative Group has called it the ‘worst he’s ever seen.’

The cause of the issues are something of a perfect storm, with the combination Covid and Brexit hitting both food supply chains and leaving the industry short of thousands of lorry drivers.

If the problem persists, supermarket bosses are warning that Christmas could be impacted.

Not even giants like McDonald’s are safe, as the global titan has been unable to serve milkshakes or bottled drinks in the UK this past week.

What products are thought to be facing a shortage?

There are reports of pubs forced to shut after not receiving enough barrels of popular beers such as Amstel, Fosters and Heineken. 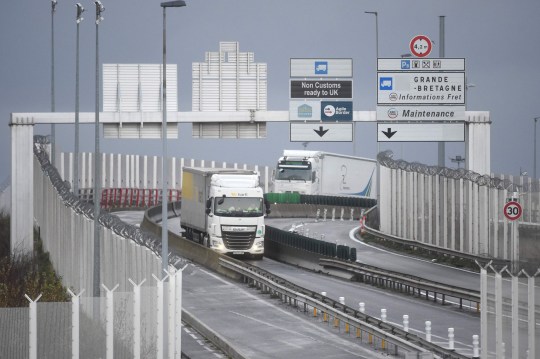 Breweries have been struggling to keep up with supply due to a shortage of lorry drivers and the ‘pingdemic’ – where many staff have been forced to isolate after being alerted by the Test and Trace app.

The lean, protein favourite meat is in short supply.

So much so that Nando’s had been forced to shut 50 of its restaurants earlier this month after being hit by supply issues.

Greggs also revealed it had run out of some chicken products, including chicken bakes, chargrill chicken oval bites and several chicken-filled baguettes. 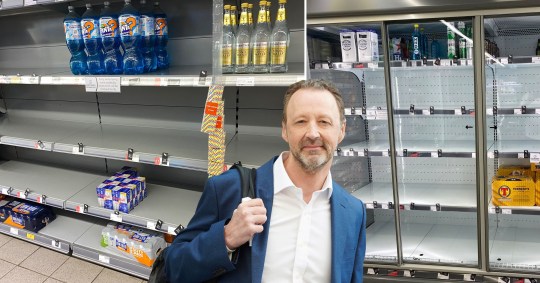 Boss of the Co Operative Group recently came out and suggested this shortage was the worst he’s ever seen. (Picture: PA/REX)

Richard Griffiths, chief executive of the British Poultry Council, said members had reported a 5 to 10% drop in weekly chicken production because of workforce issues.

He told Politics Home: ‘They are currently producing a reduced range of products for UK customers, and are seriously concerned that the supply of staple chicken products will be impacted. When you don’t have people, you have a problem – and this is something we are seeing across the whole supply chain.’

It’s not just chicken – another popular poultry staple could be in low supply, which could disrupt traditional Christmas dinners.

There are fears that there might not be enough turkeys to go round this Christmas if supply chain issues continue.

Mark Gorton, managing director of Traditional Norfolk Poultry, told ITV News that ‘the big problem we’ve got at the moment is labour, we simply cannot find people to run our farms and run our factory.’ 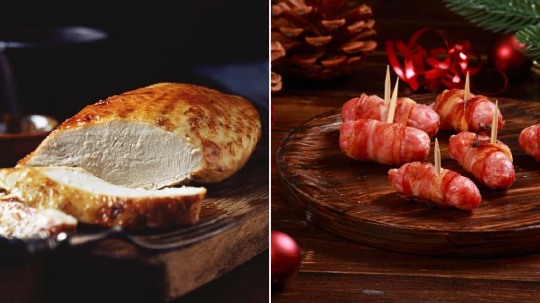 Christmas favourites are at risk of being in low supply. (Picture: Getty)

Pigs in Blankets and gammon

Other Christmas favourites could also face a shortage.

It’s reported that farmers normally start getting pigs prepared for Christmas orders around now, so any disruption to the chain now will have a knock-on effect closer to the festive season.

The National Pig Association (NPA) is warning that farms are struggling to find staff due to stricter rules on European Union workers.

Zoe Davies, chief executive of the NPA, told The Sun: ‘There is a huge concern about pigs in blankets and gammon availability for Christmas. This is the time the processors would normally be laying down stock for the festive season and storing it.’

Tributes paid to reggae legend Lee ‘Scratch’ Perry, who has died at 85