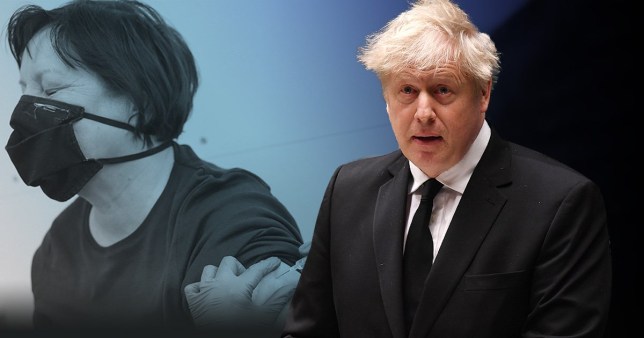 All over-50s have been offered a first Covid jab (Getty)

The UK has offered the first dose of a coronavirus vaccine to all people aged over 50, the Government has confirmed.

Boris Johnson hailed it as a ‘hugely significant milestone’ in the programme to protect the country against Covid-19.

It means the Government has met its target of offering the jab to all of its top nine priority groups, including the clinically vulnerable and health and social care workers, three days ahead of its target date of April 15.

A vaccine has now been offered to 99% of those at high risk of dying with the virus.

The Joint Committee on Vaccine and Immunisation (JVCI) will shortly set out its final advice for completing the programme, expected to begin this week with those in their late 40s.

Nearly 40 million doses of the Pfizer and AstraZeneca vaccines have been delivered since the rollout began in the UK in December, including 32 million first jabs and more than seven million second doses.

In a statement, Mr Johnson said that they remained on course to offer a first jab to all adults in the UK by the end of July.

‘We have now passed another hugely significant milestone in our vaccine programme by offering jabs to everyone in the nine highest risk groups,’ he said.

‘That means more than 32 million people have been given the precious protection vaccines provide against Covid 19.

‘I want to thank everyone involved in the vaccine rollout which has already saved many thousands of lives.

‘We will now move forward with completing essential second doses and making progress towards our target of offering all adults a vaccine by the end of July.’ 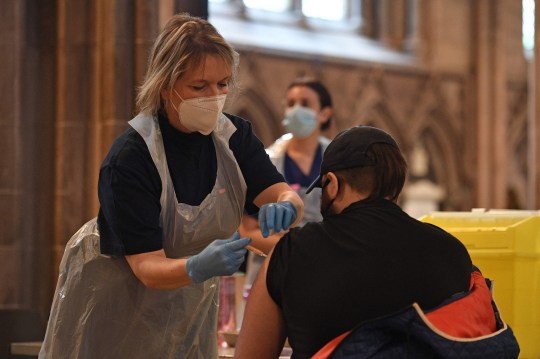 The vaccine programme has been a success so far (Getty)

He added: ‘Thanks to our NHS nurses, doctors, pharmacists, operational managers and thousands of other staff and volunteers, the NHS Covid vaccination programme is without a doubt the most successful in our history.

‘It’s one of our tickets out of this pandemic and offers real hope for the future.’

The milestone was reached despite an earlier warning by the NHS in England of a ‘significant reduction in weekly supply’ of vaccines during April. 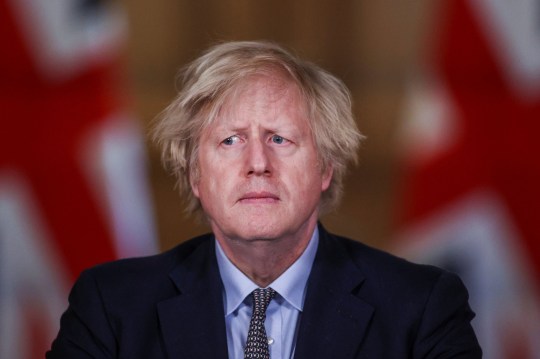 Boris Johnson hailed it as a ‘hugely significant milestone’ (PA)

Throughout the current month, the health service has prioritised second doses of the Pfizer and AstraZeneca vaccines with a record 475,230 people receiving their second jab on Saturday.

Chris Hopson, chief executive of NHS Provider, which represents NHS Trusts, said it had been an ‘incredible achievement’.

Meanwhile, Ireland became the latest country to restrict the use of the AstraZeneca vaccine, saying it should not be given to people under the age of 60, amid concerns over possible links to rare blood clotting events.

In the UK, the advice is that it should not be administered to those under 30.