CAT OWNERS must microchip their furry friends or face a £500 fine if they fail to do so under government plans to stem a growing black market in stolen pets.

All 10 million cats in the UK are to be microchipped by law after thefts surged by 12.3 per cent during the pandemic, reports the Daily Telegraph.

All cats must be microchipped under new government plans to crackdown on pet theftCredit: Getty

Police figures show the number of cats being stolen has risen nearly three times in five years as the value of the most expensive breeds has surged to £2,000.

New plans mean owners will have to microchip their cats, as dogs already are, so they can be tracked and identified if stolen and resold, with fines of up to £500 for people who fail to do so.

The move is expected to be part of a package of measures put forward by a ministerial task force – set up by Robert Buckland, the Justice Secretary, and involving Priti Patel, the Home Secretary, and George Eustice, the Environment Secretary – to combat the growing black market in stolen pets.

Dog theft is also up by a fifth in a year, as more than two million people bought pets for the first time in the pandemic.

The increase in demand sent prices skyrocketing, while thefts of dogs have often involved violence.

Ministers are considering a ban on cash purchases of pets to stamp out black market sales, reported the Telegraph.

Thieves could also face tougher sentences as courts get powers to give more weight to the emotional impact of pet theft on owners.

At present, sentencing guidelines primarily base penalties on the financial value of a dog or cat, which campaigners say often leads to paltry fines of less than £300.

Vets could be required by law to scan cats and dogs for chips when the animals are treated or put down to help stem the trade in illegally-bought pets. 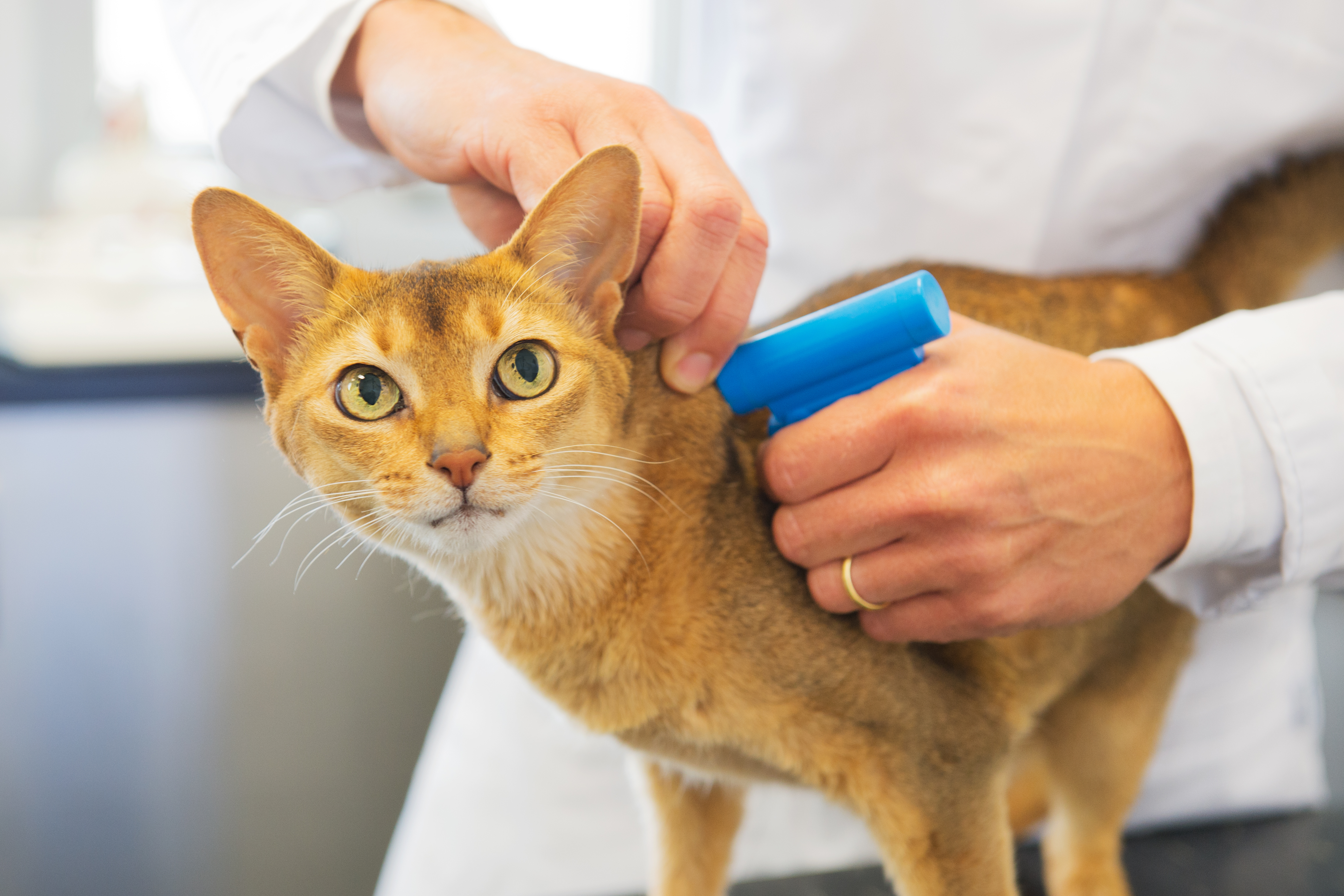 Vets could be required by law to scan cats for microchipsCredit: Getty – Contributor

Three-quarters of cat owners have already chipped their pets, but that means 2.6 million cats are still not microchipped. Eight out of 10 cats at the Battersea Dogs and Cats Home are unchipped.

Pedigree cats are targeted by thieves for breeding or resale if found to be neutered, with Bengal, Siamese, British shorthair and Maine Coon the most often stolen, says Pet Theft Awareness, which used freedom of information requests to compile the police figures.

Sir Iain Duncan Smith, the former Conservative Party leader, is campaigning with 50 Conservative MPs for a crackdown to be included in the new policing bill.