The pair’s mum and dad have been left to care for them naturally (Picture: Blackpool Zoo)

A pair of endangered red panda cubs are the first to be born in Blackpool Zoo in over a decade.

Currently there are only 10,000 of the animals left in the world, so zookeepers were elated to see the boy and girl come into the world.

They were born on Friday, June 18, but the news was only announced yesterday.

First-time mum Alina, who is two years old, was brought to Blackpool Zoo during the first national lockdown.

She coupled up with eight-year-old Tao Tao and the new parents have been left to care for their new family naturally.

Head of birds, reptiles and small mammals at Blackpool Zoo, Luke Forster, said: ‘It is wonderful to see Alina and Tao Tao become parents for the first time together.

‘Alina settled in really well after arriving during Spring 2020 and we were hoping that she would breed, so this is just brilliant news. 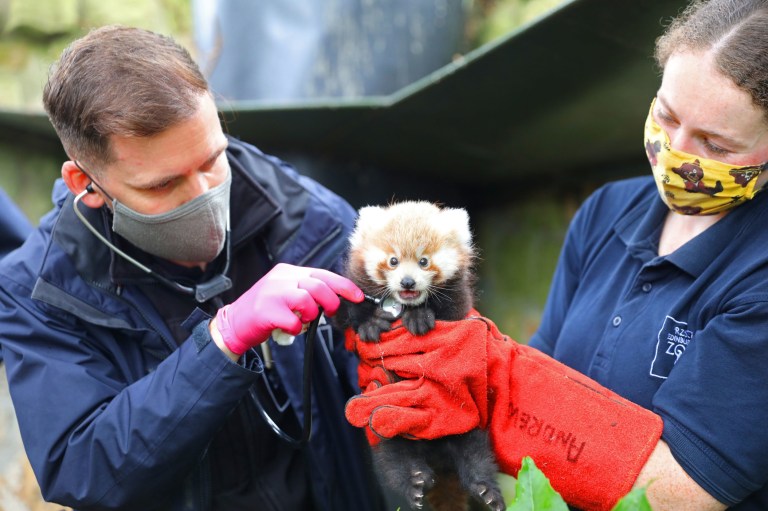 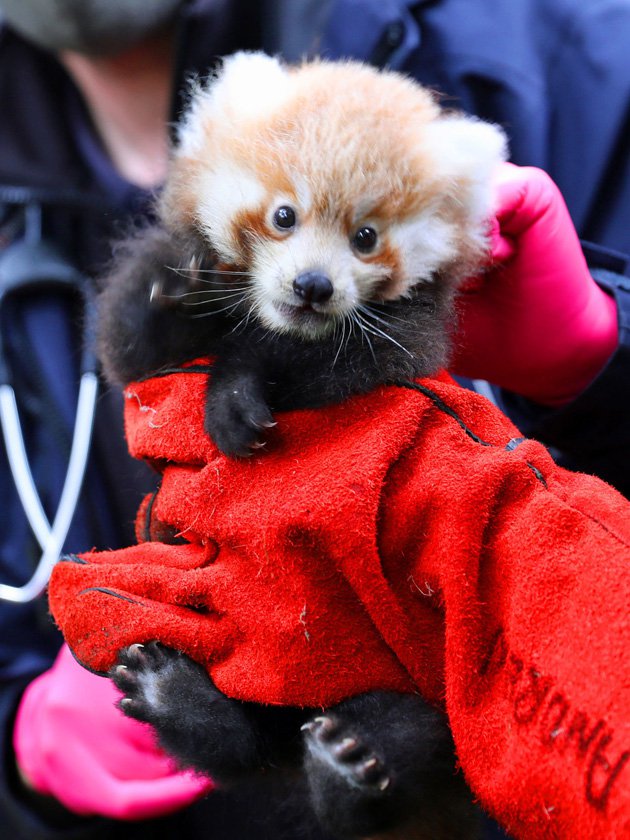 Currently there are only 10,000 red pandas left in the world, meaning they are endangered (Picture: PA)

‘The timing also couldn’t have been better, with Saturday 18th September being International Red Panda Day, which is dedicated to raising awareness of the plight of this species in the wild.

‘They are classified as endangered on the IUCN Red List, with numbers still declining due to the loss of habitat from deforestation and the expansion of agriculture in their native Asian forests.

‘These two tiny additions are a fantastic way to end what has been a great summer season here at Blackpool Zoo and we look forward to seeing them out and about in the coming months.’

Meanwhile a red panda cub born at the Royal Zoological Society of Scotland’s Edinburgh Zoo has been named after undergoing her first health check.

Staff at the wildlife conservation charity voted for her name from a shortlist drawn up by keepers as a thank you for their hard work over the last year.

Ruby will stay inside her den until she is around four months old, when she will start to explore outside.

However, her parents, Bruce and Ginger, can still be seen outside during the day.

Animal collection manager and carnivore keeper at Edinburgh Zoo, Jo Elliott, said: ‘We wanted to give our kit a name which pays homage to red pandas and would also fit nicely with our previous kit’s name, Ruaridh.

‘The carnivore team came up with a shortlist of names and put it out to our colleagues as a vote.

‘Everyone at RZSS has worked so hard this last year, providing expert care for all of the animals at Edinburgh Zoo and Highland Wildlife Park throughout the pandemic and working to connect the public with nature during lockdown. This was a small thing we could do to say thank you. 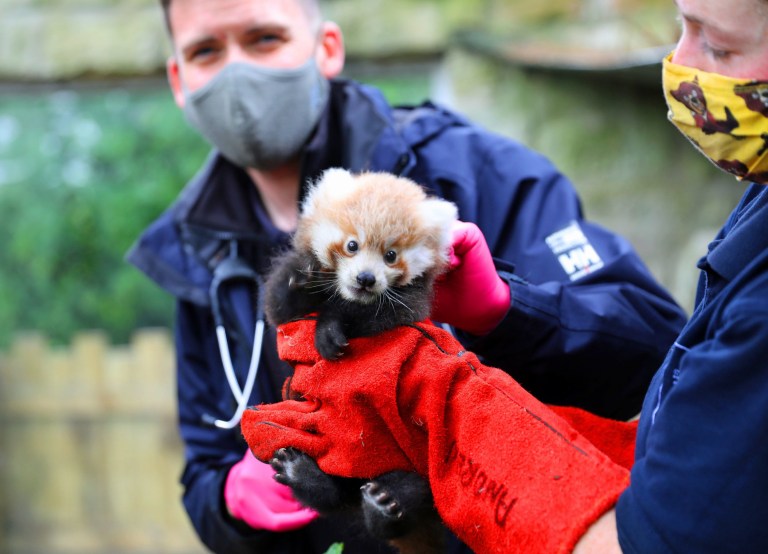 Red pandas are hunted illegally for their fur and tail, which is seen as a lucky charm in some cultures (Picture: PA)

‘Red pandas are a visitor favourite here at the zoo and Ruby’s birth is significant for this endangered species, which is at risk due to habitat loss and poaching.’

As Ruby grows, her fur will become redder and her tail will grow bushier. She will start exploring outside with her mother at first and then on her own as she becomes more independent.

The other names on the shortlist were Rosie and Rowan and the chosen name was announced to coincide with International Red Panda Day on Saturday September 18.

Red pandas are native to the Himalayas in Nepal, Bhutan, India, Myanmar and southern China.

Although they are protected in most of their native range, they are still hunted illegally for their fur and tail, which is seen as a lucky charm in some cultures.