372 Nigels meet up to ease fears of mass ‘Nige’ extinction 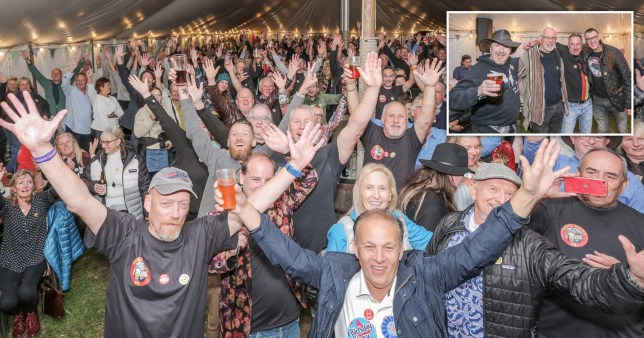 You wait ages for a Nigel, and then 372 turn up at once (Picture: Joseph Walshe/SWNS)

Nigels from across the world have gathered at a Worcester pub to celebrate their shared ‘Nigel-ness’.

Pub landlord Nigel Smith, who runs the Fleece Inn, has made it his life goal to boost the popularity of his name.

In doing so, he’s created the dedicated ‘Nige-fest’ which attracts hundreds to toast to all things Nigel.

Mr Smith came up with the idea after realising his name had become officially extinct according to new birth records in 2016 and 2020.

Last night’s Nige-fest brought together hundreds of Nigels from all over the world together for a pint.

In keeping with the theme, the entertainment was provided by musicians called Nigel, and attendees brought photo ID and signed the ‘the book of Nigel’ kept at the pub.

The festival broke the world record for the largest gathering of Nigels – 432 joined him for a pint in 2019.

It was hoped the record could be broken again last night, but a slightly more humble grand total of 372 passed through the Fleece Inn. 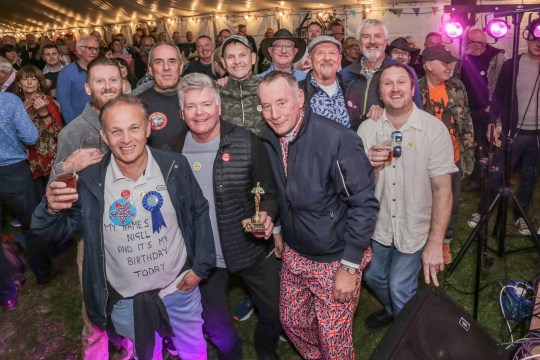 A variety of Nigels pose for a photograph (Picture: Joseph Walshe SWNS) 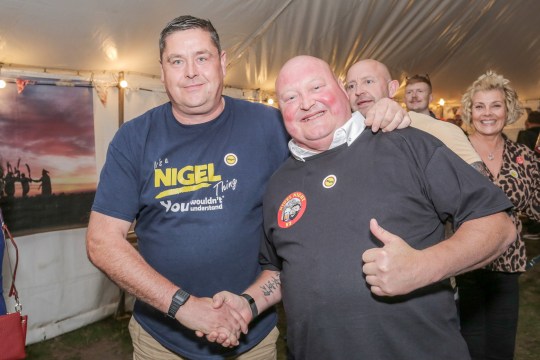 The oldest Nigel in attendance was an 84-year-old who came from America for the event. The youngest Nigel was in his 30s.

Others travelled from Los Angeles, Florida and Texas to Nicaragua, Zimbabwe and Spain.

The second ever ‘Nigel Night’ raised more than £3,000 for British Heart Foundation. 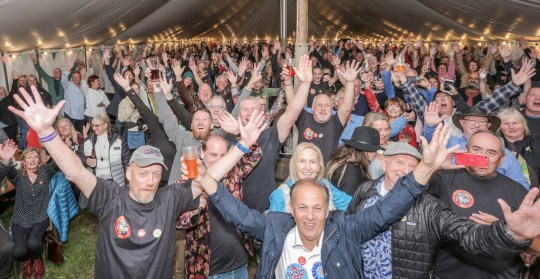 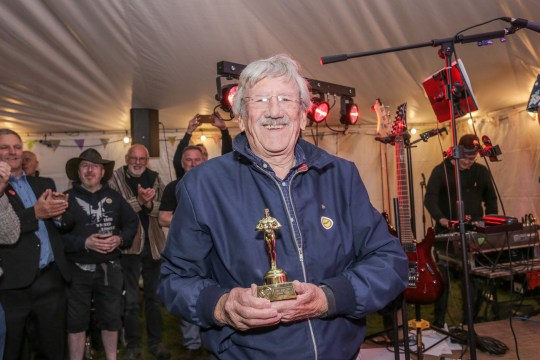 The eldest Nigel was granted an award for the impressive feat (Picture: Joseph Walshe/SWNS)

He said: ‘It was absolutely brilliant. We had a fantastic time.

‘It was like we all had known each other forever, but obviously we didn’t. It was a great feeling of all of us getting together and celebrating our Nigel-ness.

‘Times are pretty difficult at the moment for many of us so it was great to be able to get together for a party.

‘We just had a jolly fine time.

‘Tradition is something you do twice, that’s the rule, and we shall do it again. I think we’re encouraged enough to say every two to three years, we’ll do it again, definitely. 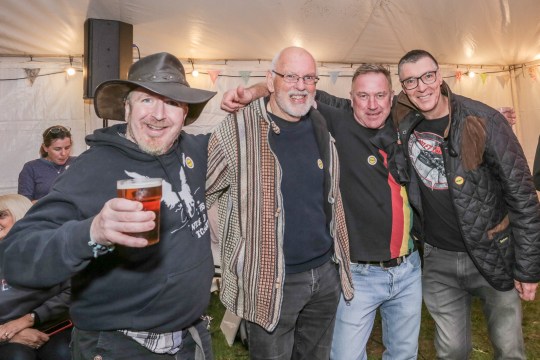 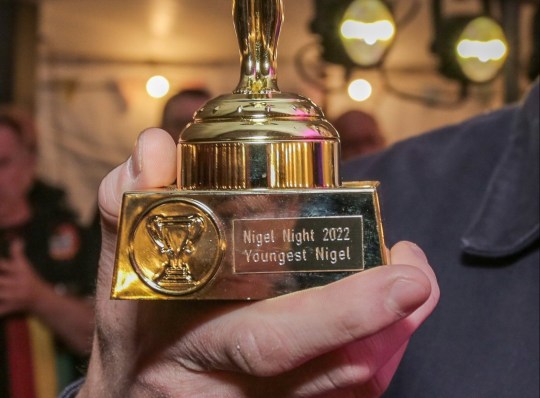 A variety of awards were on offer for attendees (Picture: Joseph Walshe /SWNS)

‘We had people from all over coming to the event. Our friend from Texas – Texas Nigel – came for the second time, only to be joined by another Texas Nigel.

‘One Nigel came from the Isle of Wight so we had to give him an award for the longest travelled Nigel in the UK.

‘People who came this time heard about us three years ago and put it in their diaries.

‘We were running shuttle buses from our local town and hotels so that all the Nigels who had travelled were able to get here and perhaps enjoy a beer or two and not have to drive home.

‘We had a 14-week-old puppy called Nigel as well, which was nice – but he didn’t say very much!

‘We are uniting Nigels from all across the world, and we would like to reach out to and invite all Nigels – and all non-Nigels – to come along and join us next time in 2025.’