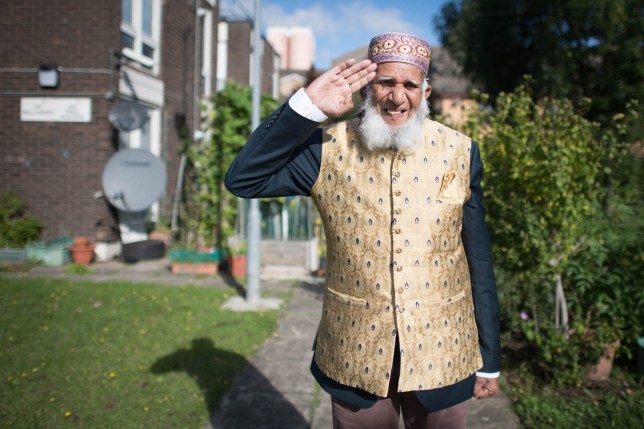 Dabirul Islam Choudhury was awarded an OBE for his charity work during the pandemic (Picture: PA)

A man aged 101 and inspired by Captain Tom is set to lead a global fundraising walk while fasting.

Dabirul Islam Choudhury was made an OBE after previous fundraising efforts raised more than £420,000 during lockdown.

But now the centenarian, from East London, is spearheading a walking challenge aiming to reach 1.5 million steps worldwide next weekend.

His challenge, which has so far raised more than £8,000, was originally due to take place on April 17, but was changed to Saturday, April 24 to avoid a clash with the Duke of Edinburgh’s funeral.

It will occur when Mr Choudhury is fasting for the Islamic holy month of Ramadan.

People in more than 150 cities worldwide have signed up to take part and raise money for Covid-19 victims.

The challenge will see people walk in their local park or garden, with the aim of reaching 1.5 million steps by everybody taking part. 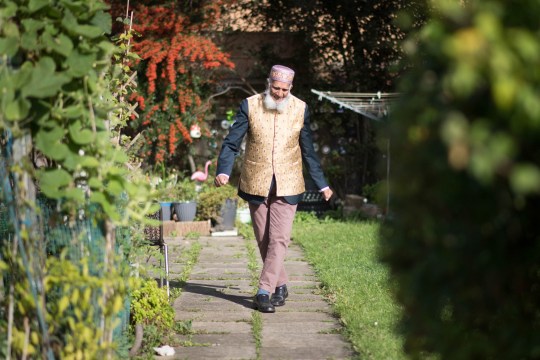 Mr Choudhury initially challenged himself to walk 100 laps of his garden whilst fasting during Ramadan. (Picture: PA)

Funds raised will be divided equally among the partner charities of CHS TV’s Ramadan Family Commitment initiative to help those affected by the pandemic across the globe, as well as people in refugee camps.

Mr Choudhury’s son Atique explained: ‘My father has always been a very active and giving person.

‘He is determined to help those in need, especially families of those who have lost loved ones due to the deadly virus.’

Inspired by Captain Sir Tom Moore, Mr Choudhury raised more than £420,000 last year for various charities and the NHS by walking 970 laps of his garden in Bow, east London, in May.

He had initially challenged himself to walk 100 laps.

When he was made an OBE in October he said: ‘I feel proud they have honoured me for the efforts I have done. I thank everybody from the bottom of my heart.’

For more information or to donate to the Walk With Dabirul challenge, click here.