It’s pretty awful to ring someone up and tell them they’re positive for Covid-19. I felt quite disturbed the night after I’d done it for the first time.

As a contact tracer I have to tell people they are Covid-positive and then work with them to figure out their movements while infectious.

It’s almost like telling someone they’ve got cancer. People that I have spoken to have been really shocked. They’ve been doing the right thing – most of them just happened to live in south-west Sydney.

Sometimes after certain phone calls I find it hard to sleep at night as I think about them and wonder how they’re going – other contact tracers say the same thing about restless nights.

After you do the call and speak to them, you have a case conference with the public health physicians and some other team members. What you’re trying to work out is if there’s a known source and what’s happened during their infectious periods.

The other day I was saying to the public health physician, I just cannot figure out where this guy got it – he’s done everything right. His QR codes corresponded with what he said he’d been doing. He’d been nowhere really. The public health physician said: “Well, he’s in south-west Sydney. That’s how he’s got it. You know, it’s just so highly infectious.”

But it was really awful, because he was a young man and lived with his family still, including an elderly parent. In that moment, when I told him he was positive for Covid-19, he was trying to get his head around it and collect his thoughts. His thoughts immediately went to “oh, my elderly parent”. You could almost hear him blaming himself.

That’s the thing. There are so many people who test positive for Covid-19 who immediately feel guilt. I know this from listening to the calls around me as well, there’s always guilt that people have.

The person next to me at the contact tracing centre had made a call to a woman who’d been doing what the public health order tells you to do. She hadn’t been going rogue at all, but had been doing her grocery shopping once a week. It just so happened that the day before she got her swab was her shopping day.

So a lot of the work of contact tracing seems to be about reassuring people, and validating that they have been doing the right thing.

It’s interesting – it’s like being a health detective. Once you’ve told people they’re Covid-19 positive then you start trying to work out where they’ve been, and where they got it, what the commonality is. You’re trying to piece it all together.

You try to get them to remember, saying, “Well, what about this?” If it had been me, I couldn’t remember what I did every second of every day and where I went. Because you’re busy with kids, with work and with life.

You tend to work backwards from when they had the test and what prompted them to get it. The QR codes obviously help. We access them and then we can see, “Oh, so you went to Coles, did you go anywhere else?” Or say for example they’ve been at a venue like a pub (when we could go to the pub), you ask where they sat. Did you play the pokies? How many drinks did you get? Did you get food? Did the same person serve you? How did you pay for it?

It’s all of that minute detail that might then help with with contact tracing. After we collect all this information, all their history of where they’ve been, we gather all their close contacts – who they’ve seen, who they live with. Then we have a case conference. 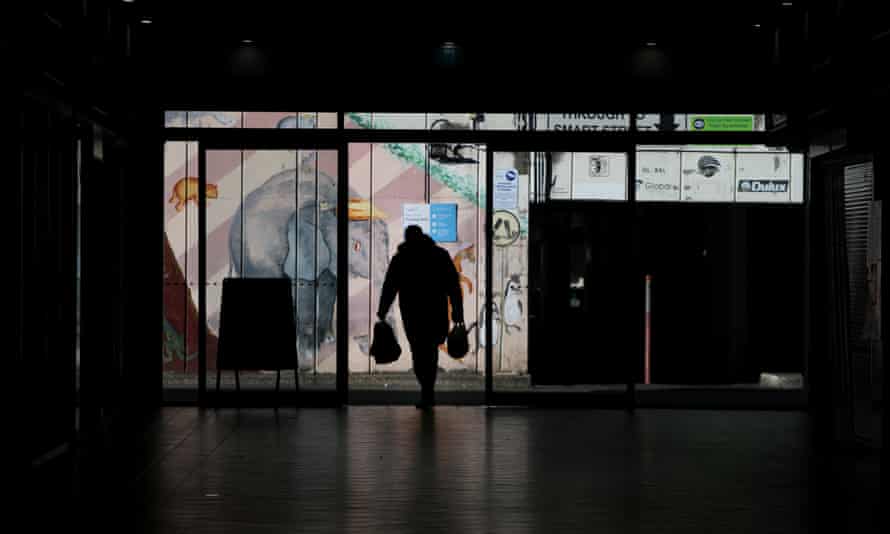 A lone shopper makes their way through a mall in Sydney’s Fairfield during lockdown. Photograph: Lisa Maree Williams/Getty Images

Most positive cases I’ve spoken to are in family units in Sydney’s south-west. So we tell them that those close contacts in their household would have to go and have a Covid test. If they can’t isolate effectively at home then they get put into health accomodation. But if, for example, a positive case lives with their wife and their child, and their tests come back positive too, then there’s no point in them going into health accomodation. They can all just isolate together in their home. If family members are negative then the positive case or cases will be moved into accomodation.

In my detective work the other day, my case was a young guy who said he hadn’t been anywhere and his QR codes reflected that. He lived at home with his parents, so I asked him some other basic questions. Does he smoke? Does he use substances? Does he have a girlfriend or boyfriend? Things that would get you out of the house.

There’s been many cases of people having affairs. They’re obviously not checking in on a QR code when they’re seeing someone else, so we have to ask them.

Most of us doing the contact tracing are pretty experienced nurses so we are used to asking people intimate questions. I don’t have any issue with asking personal questions. Everyone I’ve spoken to who is a contact tracer is au fait with it too.

We are taught not to apportion any blame or to be touchy, because we’re not going to get the right information that way. If we’re there going, “Oh, you shouldn’t have been out,” it’s not going to get us anywhere. They don’t know they’ve got Covid-19 and they’re not going around on purpose with it.

With some contact tracers there have been cases where people have said they don’t believe in Covid, or they don’t think they’ve got it. But the people I’ve spoken to have all felt horrible. They’ve all felt guilty. And they hadn’t known that they’d had it. But it’s not their fault – it’s a global health pandemic.

A lot of the people we speak to are poor. So even if they’ve been symptomatic, they’ve kept working because they’ve needed to feed their families and feed themselves. That’s sad. It’s not a reason to judge.

It’s really interesting work and I think everyone doing the contact tracing work is really into it and positive because you feel like you’re you’re helping. You’re contributing – you’re doing something for the greater good, the greater cause.