Growing up in the 2000s, I was that kid who was obsessed with the Wiggles for a little too long. As my friends transitioned into Mario Cart and Yu-Gi-Oh cards, I was still following the Big Red Car wherever it went.

With over 38m CDs and DVDs sold worldwide, the Wiggles have an enormous reach. Now, they announced, they would use their platform to “better represent today’s Australia” across age, race and culture, “while enabling children worldwide to see themselves reflected on the screen”.

Unsurprisingly, the news ruffled feathers. Nationals senator Matt Canavan, not known for his keen interest in children’s music television, stated of the appointment “you go woke, you go broke”.

It’s worth remembering that Jeff and Lachlan Wiggles were regularly woke, and everyone thought it was hilarious and they made a song about it.

The Wiggles would be aware of this. They’ve gone 30 years without a major PR scandal, and generally only shake things up if it makes clear commercial sense.

In 2012, for instance, they added the first female Wiggle – and Emma Watkins sparked a new wave of popularity for the group. “Sixty to 80% of the children [in the audience] are dressed like Emma,” group leader Anthony Field told Australian Story in 2018. Alex Ishchenko, head of licensing and merchandise for the Wiggles, believes that 50% of Wiggles merchandise produced is now “Emma-specific”.

While University of Queensland emeritus professor Graeme Turner posits that television networks view racial diversity as a commercially riskier proposition, screenwriter and commentator Benjamin Law believes that TV advertising tells a different story. “Most of the diversity on commercial television is in the commercials themselves. Advertisers clearly realise that there is money to be made by representing the community,” he told Guardian Australia last year. “It just seems financially bizarre that [producers] wouldn’t see [increased diversity] as a growth opportunity.”

Just as many young girls can now see themselves in Watkins, Australia’s multicultural kids will be able to see themselves in the oft-described “pale, male and stale” performing arts and entertainment industry. And with Australian immigrant families estimated to spend $95bn in their first decade of settlement, targeting diverse demographics will increase the Wiggles profitability – and perhaps inspire a new group of kids to step into music themselves.

How do I know this? They did it for me.

As an Indian-Australian, I did not have many role models on screen. Screen Australia’s 2016 report revealed that non-European minorities make up only 6% of scripted drama characters on Australian television. That’s compared with 17% of the population.

When the Wiggles launched in 1991 with Chinese Australian founding member Jeff Fatt, they were one of the first mainstream music groups (for children or adults) to represent multicultural Australia – and when I started watching them 11 years later at the age of two, they were still one of the few groups I could see myself in.

The Wiggles made me realise how much I loved singing and dancing; they showed children like me that we could be performers, not just winners of the spelling bee. If I had seen four white guys up on stage, I might never have become a musician. 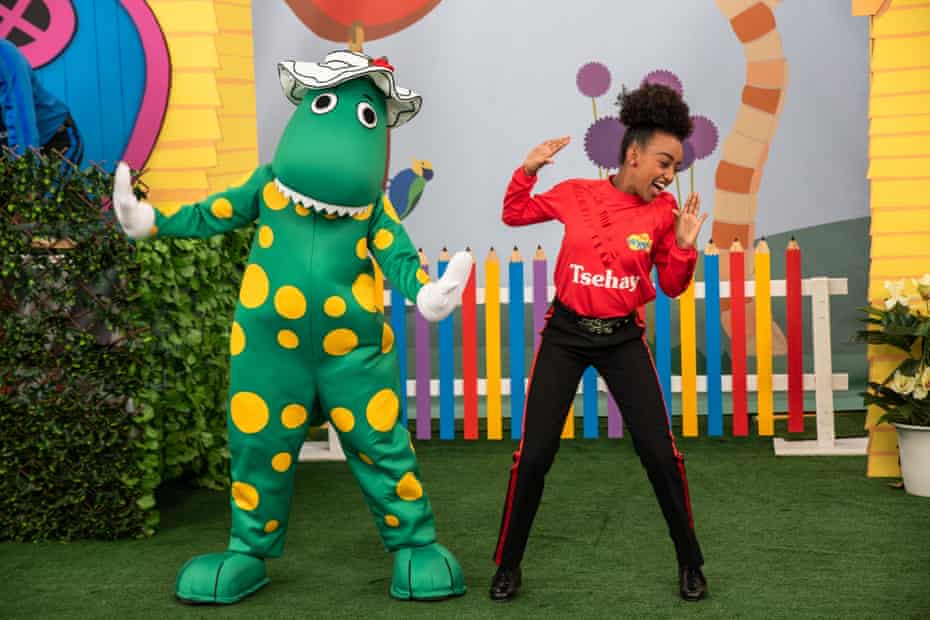 Educators and researchers agree that diverse representation is imperative for early childhood development. Studies have shown that children as young as six months old can categorise people by gender and race while Jean Piaget’s theory of cognitive development suggests that young children look to emulate the behaviour of their role models, especially those who look like them.

“If [children] don’t see their skin colour, hair structure and body shape on TV, they will build an identity of being worthless,” said Maya Götz, head of the International Central Institute for Youth and Educational Television.

Most children’s programs have recognised this; in the US, 35% of main characters on children’s networks are not white, which is almost representative of the US population. Much-loved shows such as Thomas & Friends and new Netflix phenomena such as CoComelon now feature characters from all around the world. This is the new norm.

Like their competitors, the Wiggles need to keep with the times. And if being labelled “woke” is the price to pay for providing multicultural Australian kids with role models that they otherwise may not have, I think we can live with that.