It was out of desperation that Michael Raymond found himself sitting in a remote retreat in the Peruvian Andes, sipping a cup of bitter tea.

Raymond had reached breaking point. His 16-year career as an electrical engineer in high–security situations for the Australian air force had seen him deal with near-death experiences, crashes, casualties and “the aftermath of human remains”.

“I was going to kill myself at one stage,” he says. “I couldn’t keep going.”

After being medically discharged with post-traumatic stress disorder (PTSD), anxiety and depression, Raymond was prescribed antidepressants and underwent psychotherapy, but with no success.

Taking the ayahuasca tea, which contains the psychoactive compound N,N-Dimethyltryptamine (DMT), and San Pedro cactus, had been his last resort.

After early psychiatric experimentation in the 1950s and ‘60s, followed by decades of prohibition – sparked in part by the backlash against the hippy counterculture – psychedelics are experiencing a renaissance. A new wave of research has returned to the hallucinogenic drugs as potential candidates to treat psychiatric conditions.

It has also meant more people, frustrated at medications which don’t work, have sought out the illicit drugs. Experts are quick to warn of the risks of self-treating mental health conditions with psychedelics.

But therapeutic uses for illegal substances – including MDMA, DMT and psilocybin, the active ingredient in magic mushrooms – are now being explored in clinical trials.

Dr Martin Williams, executive director of Psychedelic Research in Science & Medicine, says the tide has finally turned after decades of being associated with “career suicide”. 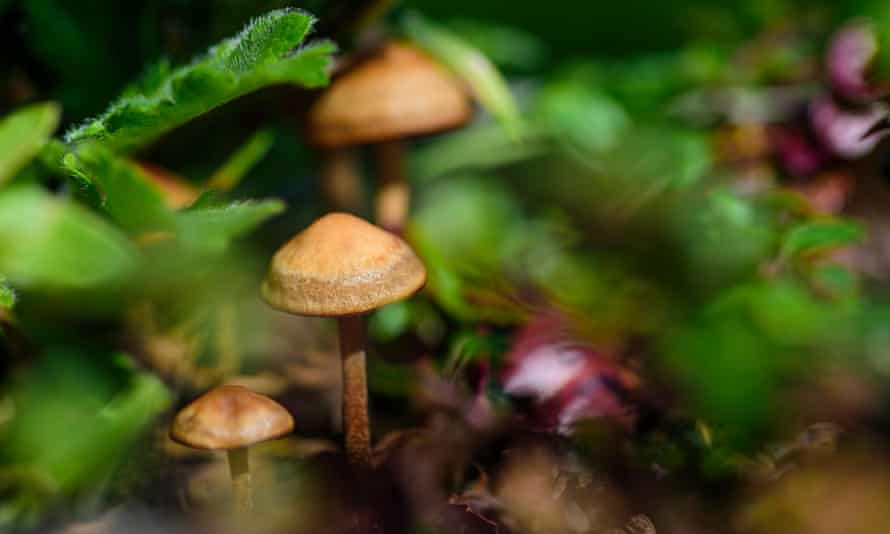 Therapeutic uses for illegal substances, such as the active ingredient in magic mushrooms, are being explored in clinical trials. Photograph: Westend61 GmbH/Alamy Stock Photo/Alamy Stock Photo

Williams, also a research fellow at Monash University, is co-leading a clinical trial at St Vincent’s Hospital Melbourne into psilocybin-assisted psychotherapy to treat anxiety and depression in people who are terminally ill.

The trial, which will run until 2023, involves 40 people with terminal conditions such as chronic obstructive pulmonary disease and motor neurone disease, who are receiving either one, or two, 25-milligram doses of psilocybin in conjunction with therapy.

Psychedelics … through whatever mechanisms, seem to represent a significant improvement over the standard therapies.

It follows successful US studies of the drug in patients with anxiety and depression associated with life-threatening cancer. At follow-up four-and-a-half years later, participants “overwhelmingly attributed positive life changes to the psilocybin-assisted therapy experience and rated it among the most personally meaningful and spiritually significant experiences of their lives”. A similar trial using LSD also found beneficial effects.

“Psychedelics … through whatever mechanisms, seem to represent a significant improvement over the standard therapies.”

Meanwhile, another clinical trial involving psilocybin, at St Vincent’s Hospital in Sydney, is investigating whether the compound may help to treat methamphetamine addiction.

Classical psychedelic drugs – DMT, LSD, mescaline, psilocybin – work on the brain by binding strongly to specific serotonin receptors known as 5-HT2A receptors. Their action on these receptors is thought to result in the drugs’ hallucinogenic effects, as well as changes in perception and a sense of ego dissolution.

Psychedelics are also thought to dampen the ‘default mode network’, a system of interconnected brain regions that is active at unfocused, wakeful rest – such as daydreaming. The region is believed to be important in formulating our sense of self, and can become too rigid when people experience anxiety and depression. 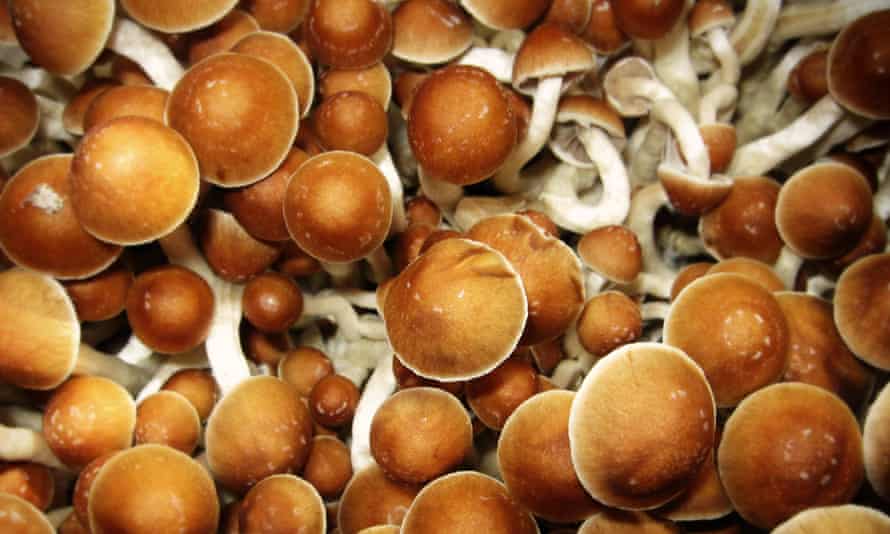 By quietening the default mode network, psychedelic drugs seem to enable different interconnections in the brain, like “cross-talk”, Williams says, resulting in an altered sense of perspective and greater psychological flexibility.

The potential of psychedelics is something of a “paradigm shifter for traditional psychiatry”, says Prof Jerome Sarris, the one of the directors of the newly established Psychae Institute in Melbourne. The research centre is planning clinical trials of ayahuasca in 2022 to treat depression and alcohol use disorder.

It is one of only a handful of trials in the world: a Brazilian study showed promising results for treatment-resistant depression, while a DMT trial in the UK has been approved by regulators.

Sarris and Psychae Institute co-director Dr Daniel Perkins previously conducted an international survey of ayahuasca drinkers. Of those who reported anxiety or depression at the time, 70% and 78% respectively reported an improvement in symptoms. (The study was observational, so cannot establish causation.)

For Raymond, taking ayahuasca was the kind of ineffable experience – an encounter with the mystical – that many who have consumed the brew describe. “I got to have these unvarnished truths come out about myself,” he said.

“Me wanting to be what I thought was a manly man, or whatever, a military man … I didn’t have tools to healthily express emotion,” he says. “Even with a psychologist I’d struggled to open up.” 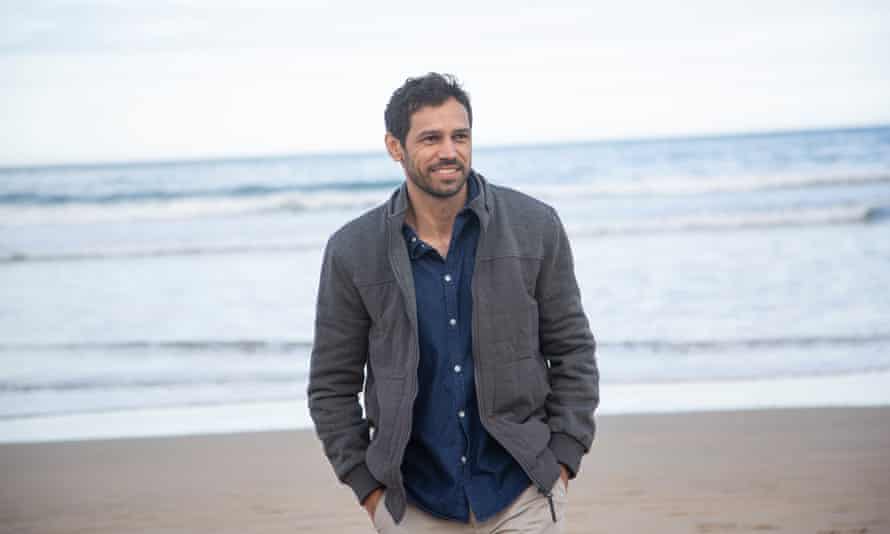 One drug that has shown promise for treating PTSD is MDMA, when used in conjunction with therapy. In the US, a phase III clinical trial – the last barrier of research a drug must clear before regulators will consider approving it as a new medication – found it was “highly efficacious” and safe in people with severe PTSD.

MDMA’s mode of action differs from the psychedelics, but it also increases serotonin in the brain. Dr Stephen Bright, a psychologist and senior lecturer at Edith Cowan University, says: “That release of serotonin seems to turn on parts of the prefrontal cortex associated with language, and that might be why people are able to talk about experiences they haven’t been able to [before].”

Bright is leading a small MDMA-assisted therapy trial in Perth later this year –Australia’s first – which will treat four people with PTSD. 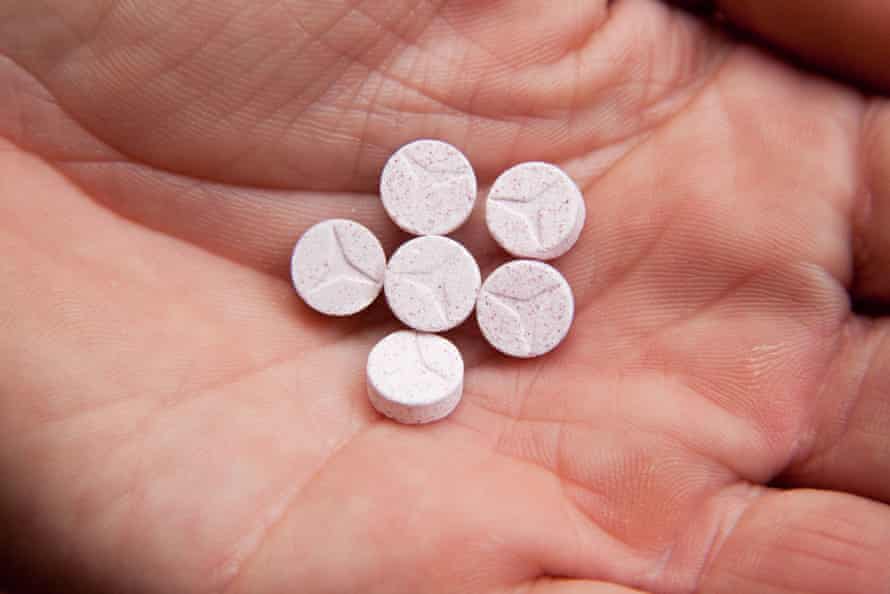 Ecstasy pills. MDMA increases serotonin in the brain and is being used in a Perth trial to treat people with PTSD. Photograph: Westmacott/Alamy

Despite promising results to date, no psychedelics have yet amassed the required level of clinical evidence to be listed as lawfully supplied drugs on the Australian Register of Therapeutic Goods. But Dr Daniel Perkins says regulators are recognising their potential benefits. “It’s a question of how they provide access, not whether they would or not.”

Perkins, who was the director of the office of medicinal cannabis in the Victorian department of health, emphasises that the psychedelics form only part of the treatment. The other is psychotherapy, and any drug approval would also be conditional upon treatment protocols that have been vetted in clinical trials.

In February, Australia’s Therapeutic Goods Administration (TGA) made an interim decision rejecting a proposal to reclassify MDMA and psilocybin from prohibited drugs to controlled substances. It has deferred making a final decision, pending an independent report into the risks and therapeutic benefits of the drugs, which is due for release next week.

The regulator already grants permission for the use of these drugs on a case-by-case basis through its special access scheme – but it is not uncommon for access to then be prevented at a state level.

Tania de Jong, founder of Mind Medicine Australia, the nonprofit that led the reclassification bid, says a change in the regulations wouldn’t result in a “floodgate of use”, but better standardise the federal and state approvals doctors would have to obtain.

De Jong says she is regularly contacted by desperate people who have exhausted all other treatment options. “They just want a chance to lead a healthy, meaningful, functional life,” she says. “The longer that it takes for these medicines to become available in clinical environments, the more people will seek them underground.”

A 2020 global drug survey found that of 1,376 people using psychedelics for self-treatment, 4.2% needed to seek emergency medical treatment – around five times as high as for people using such drugs recreationally.

Psychedelic-assisted therapies are contraindicated for people at risk of drug-induced psychosis.

“I’m seeing increasing numbers of people that are getting worse as a consequence of trying this on their own,” Dr Stephen Bright says. He is wary of the growing public interest in psychedelics, because clinical trial places are so limited, and it may be five or 10 years before treatments become widely available in Australia. 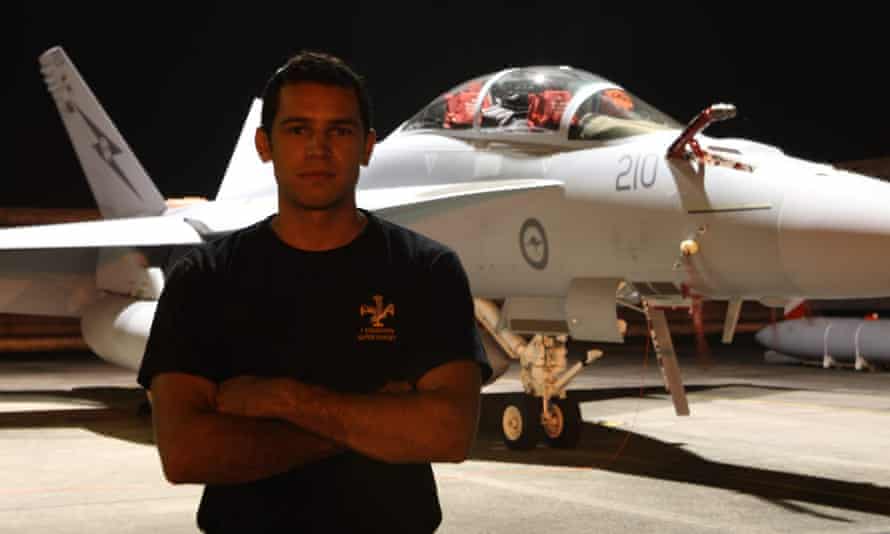 Raymond says his quality of life has improved dramatically since taking ayahuasca in South America, but recognises that the experience wasn’t a panacea. “I’ve still got things to work through,” he says.

He is now studying and working to mentor other people transitioning away from life in the military. “I’ve found more gratitude just for being alive.”

In Australia, the crisis support service Lifeline is 13 11 14. In the UK and Ireland, Samaritans can be contacted on 116 123 or email [email protected] or [email protected]. In the US, the National Suicide Prevention Lifeline is at 800-273-8255 or chat for support. You can also text HOME to 741741 to connect with a crisis text line counselor. Other international helplines can be found at www.befrienders.org

Stepping up when adults don’t: ‘It’s just so real for us right now’ | Australian politics