Pharmaceutical giant Pfizer asked for a meeting with the health minister Greg Hunt last June offering “millions of doses” of its coveted Covid-19 vaccine by the end of 2020, documents released under freedom of information show.

But the correspondence with the company and the federal health department, released to Labor, shows that despite its request to meet with Hunt and senior departmental executives, a department first assistant secretary, Lisa Schofield, offered to meet company representatives instead.

In an email dated 30 June 2020, Pfizer Australia said the company would be “able to make senior members of Pfizer’s global leadership team available for this discussion, particularly if the Minister and/or Departmental leadership can be involved”.

“As the vaccine development landscape is moving swiftly, including through engagements with other nations, I am requesting this meeting occur at the earliest opportunity.”

In an attached letter to Hunt, the company said it was actively scaling up its manufacturing and distribution ability, and requested a meeting with Hunt to discuss Australia’s planned vaccination program.

“We have the potential to supply millions of vaccine doses by the end of 2020, subject to technical success and regulatory approvals, then rapidly scale up to produce hundreds of millions of doses in 2021,” the letter says.

A response sent by the department to the company on 3 July accepts the offer of a meeting, but confirms that Schofield would attend rather than Hunt.

Further correspondence also shows that the department turned down a 90-minute briefing and confidential presentation from the company because the government was not willing to sign a non-disclosure agreement about the material.

The confidential briefing would include representatives from Pfizer’s global team, but the correspondence notes that if the government was not prepared to sign the confidentiality agreement then an “exploratory/ introductory meeting” limited to Australian colleagues could be held instead.

It was this meeting – absent the “lengthy and highly detailed” presentation about Pfizer’s approach – that took place. This was despite the company saying its “strong recommendation” was for a 90-minute meeting to go through “the scientific development and clinical trial process under way, medical information on the novel RNA vaccine technology, manufacturing, supply chain and procurement processes”. 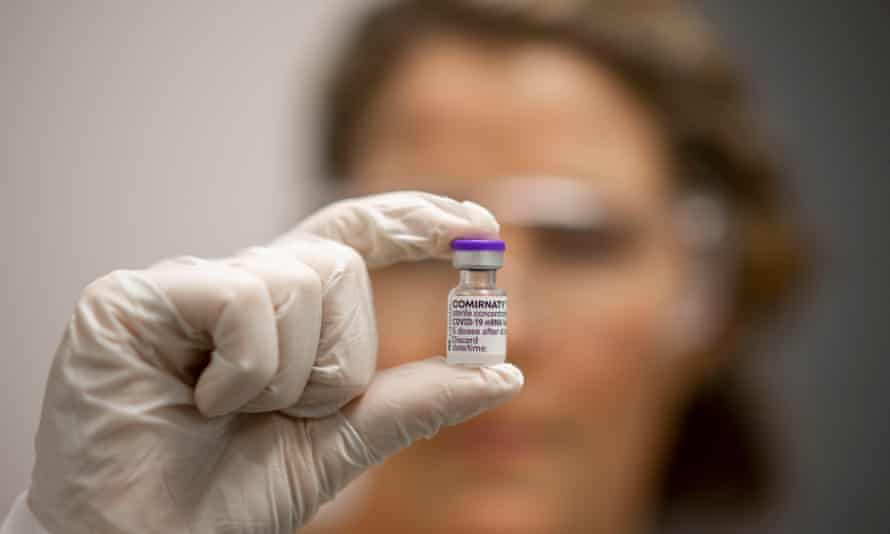 Pfizer’s Covid-19 vaccine has been crucial to Australia’s rollout, which was delayed because of supply issues. Photograph: Glenn Hunt/Getty Images

Schofield said that the government would consider signing the confidentiality agreement, but it was not “normal practice” for the commonwealth to do so, the correspondence shows.

In notes of the 10 July meeting that took place, it is reported that the company “want to have discussions to move as quickly as possible”, noting it “could deploy at unprecedented speed”.

Also noted was the mRNA vaccine’s availability by “the end of this year”, referring to the end of 2020, but these details have been redacted by the health department.

Where can I get vaccinated in Australia?

The majority of Australians aged 18 and over are now eligible for a Covid vaccination if they are willing to consider the AstraZeneca vaccine, and provided they do not have a history of specific health conditions.

In addition to the government’s official eligibility checker, which lists some clinics near your location which might have vaccination appointments available, there are a number of other helpful resources that can help you to find somewhere that has appointments open.

You can find our comprehensive guide to finding a vaccination appointment here.

A follow-up email from Pfizer in late July highlighted its success in signing supply deals with the UK and the US, and noted progress being made between the department and the company over some “outstanding issues” in the confidentiality agreement.

According to the documents released under FOI, it wasn’t until 4 August 2020 that anyone from Hunt’s office met with Pfizer.

Australia first signed a supply deal with Pfizer in November for 10m doses of its Covid-19 vaccine.

In July 2021, the government’s engagement with Pfizer came under scrutiny after it was revealed that the prime minister Scott Morrison and Hunt had not spoken to Pfizer’s global chief Albert Bourla, amid revelations that Kevin Rudd had spoken to the company.

“While other countries were signing Pfizer deals, our Government couldn’t even be bothered arranging a meeting,” Butler said.

“Australians are paying the price of Scott Morrison’s incompetence; we have more people in lockdown and fewer people fully vaccinated than any other developed country.

“It’s always the same with Scott Morrison, too little too late. He’s failed the vaccine rollout and Australians won’t forget.”