Good morning. There is growing despair in Kabul, as many trying to flee the Taliban regime before the 31 August deadline are blocked from its airport. In Australia, Covid continues to dominate headlines. And the world has lost a rock’n’roll legend with the death of Rolling Stones drummer Charlie Watts.

Hundreds of aged care homes are lagging behind in their efforts to vaccinate workers against Covid. Some centres have vaccinated fewer than 10% of their staff with a single dose, three weeks before a vaccine mandate for the sector is in force. Just one in five of aged care homes have vaccinated more than 90% of their workers with at least one dose, according to federal health department data. At the other end of the age spectrum, parents of children eligible for the vaccine say it has been almost impossible to make an appointment. The mother of a 14-year-old with Down’s syndrome was forced to turn to Twitter to find a vaccine appointment for her daughter. In a new Guardian Australia series, people in a range of circumstances tell us what life in the pandemic is like for them. Today, we hear from a healthcare worker and a school leader.

Hundreds of Afghans offered an evacuation flight by the Australian government and told to travel to Kabul airport have been turned away at the gates by Australian soldiers. There is growing despair in the Afghan capital over an apparent lack of coordination between Australian agencies and strict adherence to bureaucratic processes. About 1,700 people had been flown out of Kabul, but the situation in the capital was deteriorating by the hour, defence minister Peter Dutton warned on Tuesday. The Taliban has now declared only foreigners can go to Kabul airport, meaning Afghans, even if they have visas for other countries, will be blocked at road checkpoints. And the G7 failed to persuade the US to extend the 31 August evacuation deadline in Afghanistan.

Charlie Watts, the Rolling Stones’ drummer, has died aged 80. His publicist said he died peacefully in a London hospital surrounded by his family. “Charlie was a cherished husband, father and grandfather and also, as a member of the Rolling Stones, one of the greatest drummers of his generation,” he said. Earlier this month, it was announced that Watts was to miss the band’s forthcoming US tour as he recovered from an unspecified medical procedure. We take a look back at the music legend’s life in pictures here. 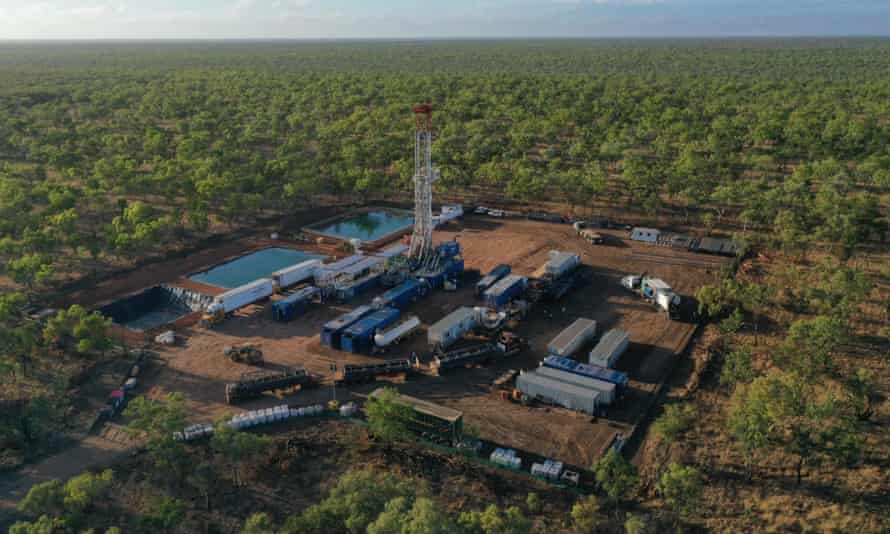 Empire Energy’s “close financial and personal relationships” with the Liberal party warrant an investigation into the government’s decision to award it $21m in federal gas exploration grants, a Senate inquiry has found.

For-profit superannuation funds may be able to escape having to inform members of their historically poor performance after a last-minute change to benchmarks.

School students from kindergarten to year 2 as well as year 11 are expected to be prioritised under NSW’s roadmap to return some children to classrooms, but progress could depend on vaccination levels.

The Covid pandemic and remote learning appears to have had no significant impact on literacy and numeracy test results according to Naplan data, but concerns remain about the impact on some demographics.

An estimated $84m in music industry revenue has been lost due to border closures and Covid restrictions in the past two months alone. Some musicians are finding work outside of the industry, leading to fears there could be a talent drain on the horizon.

Police are investigating a suspected attempted poisoning at a German university after several people experience nausea and some saw their limbs turn blue after using campus kitchens.

A woman filmed rising floodwaters in Tennessee seconds before she was swept to her death.

Blue whales are returning to Spain’s Atlantic coast after an absence of more than 40 years, where they were nearly hunted to extinction. 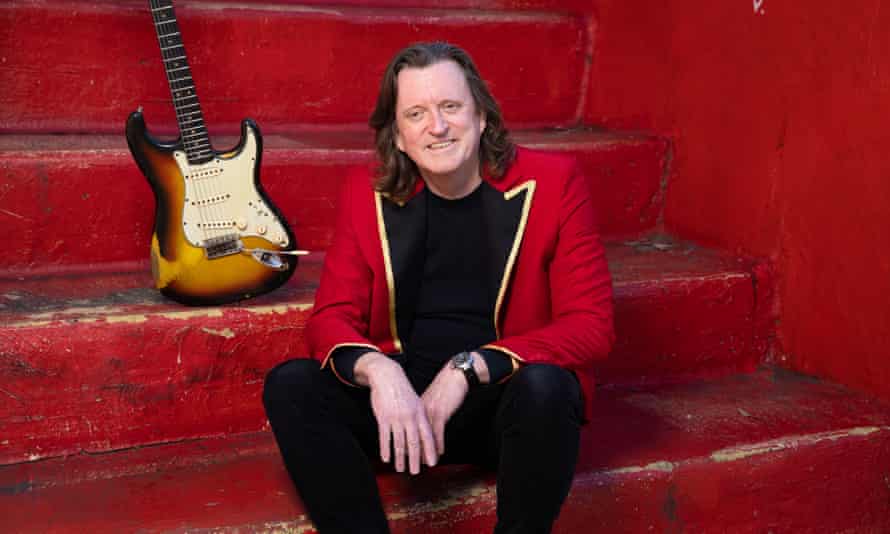 To a generation of Australians, Murray Cook will forever be the Red Wiggle. Photograph: Carly Earl/The Guardian

As a founding member of the Wiggles, Murray Cook is one of Australia’s most successful children’s entertainers ever. Since hanging up his skivvy in 2012, Cook has continued making music – this time for adults. Today he’s part of soul-rock band the Soul Movers. When Cook can eventually get back on the road with the Soul Movers it’ll be in his Volkswagen Multivan, the people-mover he rates as his most useful object. Cook tells us why that van is perfect for getting between gigs, as well as the story of two other important belongings.

As restrictions on movement intensify due to Covid-19, the lure of country life is ever strengthening. Lockdowns present a poignant time for those of us who are city bound to imagine a tree change from the comfort of the couch, but, if you really want to understand rural life in Australia, Australia’s Food Bowl is a great place to start. Hosted by charismatic and committed Mildura restaurateur Stefano de Pieri, the foodie documentary series is lush with bountiful fresh food, hard-working people, the pleasures of eating; yet food production and community life are shown to be reliant on ecosystems that are under extreme pressure. The river system is in strife.

When Dr Michael Krasovitsky told his patient Stephanie* that it would be best to maximise the quality of the time that she had left after failed cancer treatments, the pair got excited about her bucket list. And then, overnight, Sydney went into lockdown. “Stephanie’s death preparations had changed. She would not be ticking things off her bucket list, as she had planned. But there was something comforting about this new version of dying. Indeed, rather than spending time on new experiences, on new adventures, on a bucket list of events to tick off, it would be the closeness of family and friends that would sustain her. She found the precious closeness of connection, of loved ones, to be the true meaning of life before death,” Krasovitsky said. 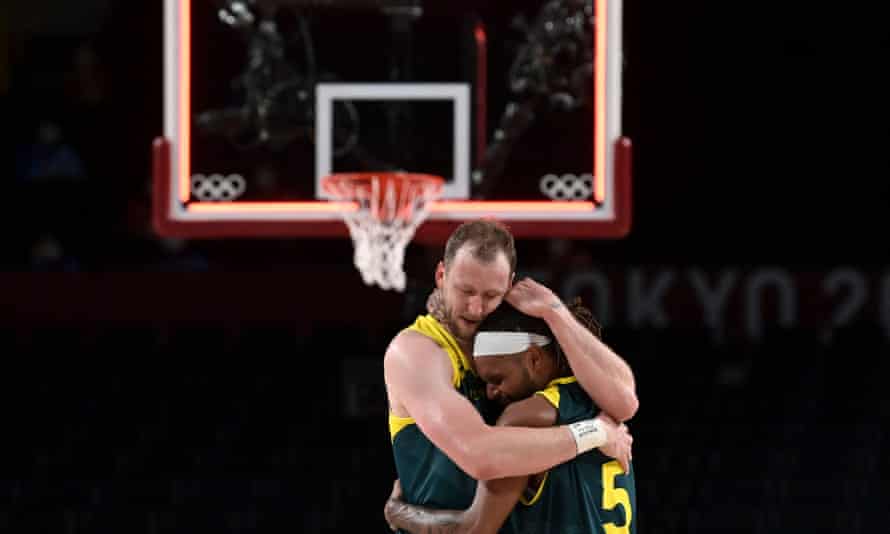 ‘No words needed to be said to either of us’: Patty Mills and Joe Ingles embrace in the moments after Australia won the men’s bronze medal match against Slovenia. Photograph: Aris Messinis/AFP/Getty Images

At the Tokyo Games the Australian men’s basketball team, the Boomers, took home their first Olympic medal, a bronze, with a stunning 42-point performance from captain Patty Mills in the decisive game. In today’s Full Story, the proud Aboriginal and Torres Strait Islander man speaks to Guardian Australia sport editor Mike Hytner about the most powerful moments in his Olympic journey, and how the diversity and unity of his team are its greatest strengths.

Patty Mills on making Olympic history with the Boomers

You can read about more about Mills’ experiences and the image that encapsulated so much of what his journey – both on and off the court – represents.

Full Story is Guardian Australia’s daily news podcast. Subscribe for free on Apple Podcasts, Spotify or any other podcasting app.

In early July, a month and a half before the Paralympics, Jannik Blair was having wheelchair problems. A seasoned member of the Rollers, the Australian men’s wheelchair basketball team going for gold in the Tokyo Paralympics, Blair had too many chairs. “It’s hard enough to travel with one chair, let alone two, let alone three,” he says.

An athlete has tested positive for Covid-19 in the Paralympic village for the first time, and nine other new cases had also been detected among workers at the Games outside the village.

And take a look at the best images from the Tokyo Paralympics opening ceremony.

Sydney’s Westmead Hospital, at the epicentre of Sydney’s Covid outbreak, has been forced into “emergency operations” as it deals with an increasing number of Covid patients, reports the Sydney Morning Herald. Rio Tinto is the latest mining giant hit by the sexual assault crisis in WA’s resources sector, according to the West Australian, with police investigating the alleged rape of a female worker. And the Australian has a story about Beijing freezing out Australian universities looking to run joint courses with Chinese universities.

A coronial inquiry into the Black Summer bushfires examining how 25 people lost their lives opens in Sydney.

If you would like to receive the Guardian Australia morning mail to your email inbox every weekday, sign up here.

If you have any questions or comments about any of our newsletters please email [email protected].