Good morning. There is light at the end of the tunnel for families waiting to reunite across international borders, with plans for digital declarations that include vaccination status set to facilitate international travel. There are ongoing concerns about the future of Afghanistan and its relations with Gulf countries. And there might be an unexpected future for the woolly mammoth.

Vaccine passports for international travel are one step closer after the federal government awarded a contract to international IT company Accenture for new digital passenger declarations. The system will allow Australians to use MyGov to upload proof of vaccination to a QR code linked to their passport. The home affairs minister, Karen Andrews, said the declaration “will support the safe reopening of Australia’s international borders … This will help us to welcome home increasing numbers of Australians, and welcome the tourists, travellers, international students, skilled workers and overseas friends and family we’ve all been missing during the pandemic”. While the New South Wales and Victorian governments have indicated vaccine passports will probably be required for pubs, clubs and major events, the Australian Capital Territory has indicated it will probably not require them.

Australia’s foreign affairs minister, Marise Payne, was warned to close the embassy in Afghanistan before meeting with then-president Ashraf Ghani. The Australian government was warned multiple times in April the situation in Afghanistan could become dangerous enough to force the closure of the embassy. Payne received a formal recommendation from Dfat to close the embassy five days before she arrived in Kabul on 9 May for meetings with Ghani. The embassy was closed in late May. The new timeline has sparked fresh claims the government should have moved more quickly to remove former interpreters and guards from the country that fell to the Taliban in August.

The Taliban take over will reshape the Middle East, a senior Gulf official has said, warning the militant group is “essentially the same” as it was last time it was in power. Speaking on the condition of anonymity the official also said Gulf states are having to reconsider their alliances and whether they can still trust the US. “Can we really depend on an American security umbrella for the next 20 years? I think this is very problematic right now – really very problematic,” he said. Meanwhile, the Taliban, which facing the imminent collapse of humanitarian aid into Afghanistan, has given the UN written assurances on the safe passage and freedom of movement for humanitarian workers. The written assurances said aid agencies would be able to operate independently of government and would be free to employ women. But the UN high commissioner for human rights, Michelle Bachelet, noted their stated commitments did not match realities on the ground.

Queensland police will trial an artificial intelligence system to identify high-risk domestic violence offenders. Officers intend to use the data to “knock on doors” before serious escalation, but some experts are concerned about its potentially serious pitfalls.

A majority of Australians would be comfortable with vaccine mandates in a range of entertainment, employment and leisure settings, but are divided over who should implement and enforce them, according to the latest Guardian Essential poll.

Australia has its “head in the sand” regarding the national security implications of climate change, according to Cheryl Durrant, the defence department’s former head of preparedness. She says the country’s “strategic weakness” on climate policy is making it harder to be seen as a preferred partner with Pacific Island countries.

The federal government should show compassion to the welfare recipients it is pursuing for $33m in jobkeeper overpayments due to “honest mistakes” and consider waiving the debts, says former small business ombudsman Kate Carnell. 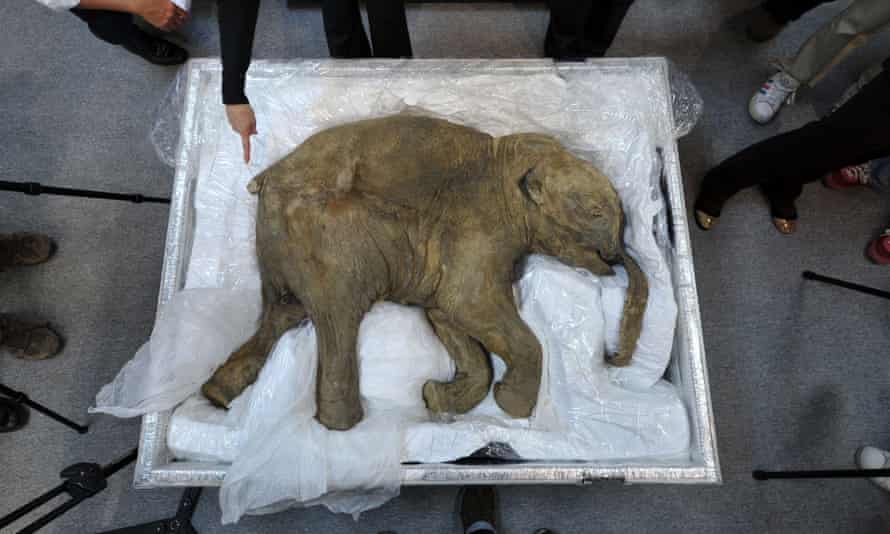 A firm has raised $15m to revive the ambitious goal to bring back the woolly mammoth from extinction. The scientists have set their initial sights on creating an elephant-mammoth hybrid.

Alanis Morissette has said in a new documentary that she was the victim of multiple statutory rapes as a teenager.

A fisherman in Greece has been arrested after allegedly catching a dead man in his net and throwing the body back into the sea. The man allegedly caught a 74-year-old who had died while spearfishing but failed to report it.

Meat has been found to cause 60% of greenhouse gases from food production. Production of meat worldwide emits 28 times as much as growing plants, and most crops are raised to feed animals bound for slaughter.

An alliance of Australian fashion brands has called on the federal government to increase its humanitarian quota of refugees from Afghanistan, with pledges the industry will help support, train and employ the new migrants. The Social Outfit chief executive, Camilla Schippa, said the open letter to the PM was a “no brainer” because the option of rallying the fashion industry for a fundraiser was impractical. “We thought the message to the government to increase its intake of Afghan refugees would be a much stronger call if at the same time the industry says we’re committed to do what we can to employ them when they come.”

Out damn spot! If you act fast, many stains can be removed without a trace. But for those that won’t come out, a creative approach might be your best option. If you’ve got a light-coloured garment with an indelible mark, hiding the stain with a dye job could be a good option. Kate Wilkins is the founder of Studio Tinta and specialises in dyeing textiles using plant materials such as onion skins, avocado stones, black tea and eucalyptus leaves. If that’s not an option, upcycling a garment can give it a trendy makeover.

Conal Hanna always dealt with his son’s resistance to swimming class with cuddles, reassurance and rewards. Then one day he tried something radical: listening to him and empathising. “‘Why don’t you like swimming mate?’ I asked. ‘I just don’t like it,’ he said. And so we sat there on the living room floor, where I’d been trying to cajole him into his togs, and instead talked. For once I managed to resist the urge to reach for my standard refrain (‘you’re alright, mate’) and instead just empathised. We talked about what it means to feel nervous. About situations that make daddy nervous. And that it’s OK to feel nervous, but it doesn’t have to stop you from doing something, either. It was his best week at swimming for months.”

Authorities are battling multiple Covid outbreaks in NSW prisons, with the bulk of cases emerging at Parklea correctional centre in Sydney’s north-west. In today’s Full Story, Laura Murphy-Oates speaks to reporter Michael McGowan about the efforts to contain the outbreak and the reasons behind varying vaccination rates in prisons nationwide.

Full Story is Guardian Australia’s daily news podcast. Subscribe for free on Apple Podcasts, Spotify or any other podcasting app.

Lewis Hamilton said he was reminded of his own mortality and the risks he takes competing in Formula One after he escaped a crash with Max Verstappen at the Italian Grand Prix without serious injuries. “It’s only when you experience something like that that you get that real shock and you look at life and realise how fragile we are,” he said.

The agriculture industry is calling for more flexible quarantine measures for overseas workers, with hotel quarantine caps locking out more than 30,000 overseas workers, reports the Australian. The Australian government will undertake an Indigenous vaccination blitz with vaccine liaison officers and culturally safe health messaging to be rolled out in areas with low vaccination rates, according to the Sydney Morning Herald.

Public hearings will take place in Canberra for inquiries into housing affordability and supply and job security.

And if you’ve read this far …

A new study has found squirrels have human-like personality traits that anybody watching one raiding nuts from a bird table could probably have guessed: they are bold, aggressive, athletic and sociable.

If you would like to receive the Guardian Australia morning mail to your email inbox every weekday, sign up here.

If you have any questions or comments about any of our newsletters please email [email protected].

‘It breaks my heart’: Australian parents say mental health strain on their children is worsening | Health