From Australia to the Tonys: Moulin Rouge! The Musical poised to make history | Tony awards

Monday morning, Australian time, we’ll know if Moulin Rouge! The Musical has become the first Australian-produced show to win a Tony for best musical – just days after the acclaimed production reopened on Broadway.

Moulin Rouge! is nominated for 14 awards – just two fewer than the record 16 garnered by Hamilton in 2016. It is the first Australian-produced show to have originated on Broadway.

Producer Carmen Pavlovic, the CEO of the Sydney-based company Global Creatures, will be there. She is “hopeful” but sanguine. “Everything is in the laps of the gods,” she said on Wednesday, while packing her bags for her flight to New York.

“I’m excited but the industry is still shrouded with so much uncertainty. I think this year’s Tonys will not be about individual shows but about the industry as a whole; a celebration and recognition of what everyone has been through in the last 18 months.”

In the early weeks of the pandemic, Moulin Rouge! was the hardest-hit show on Broadway, with at least 25 infections among the company. Photograph: Matthew Murphy/Global Creatures/PA

Based on the 2001 Baz Luhrmann film, Moulin Rouge! The Musical opened on Broadway in July 2019 and was basking in positive reviews and strong box office returns. “We were riding a lovely wave,” Pavlovic said. “We produced the cast album, we’d been nominated for a Grammy and were planning the next few months. I was going to move to New York for a while to oversee five productions of the show playing around the world.”

Then, on 12 March 2020, Moulin Rouge! cancelled its matinee show after a cast member reported feeling unwell. Later that same day, the New York governor at the time, Andrew Cuomo, announced all shows on Broadway were to close immediately.

“We made a conservative plan reckoning that we would be shut down until 30 June [2020],” Pavlovic recalled. “I remember people speculating it might even be September. We couldn’t believe it.”

In the early weeks of the pandemic, Moulin Rouge! was the hardest-hit show on Broadway, with at least 25 infections among the company. Two people were hospitalised but all recovered.

Only now is the Great White Way back to something of its former self. Moulin Rouge! reopened in the Al Hirschfeld Theater on Friday night.

“We’ve been rehearsing since August,” Pavlovic said. “It takes a long time to get everyone back to the level of stamina and endurance they need to do the show.”

The show has also lost some of its original cast, including its Tony-nominated lead Karen Olivo, who quit in April to protest against the entertainment industry’s silence on workplace harassment, and the alleged behaviour of theatre producer Scott Rudin. 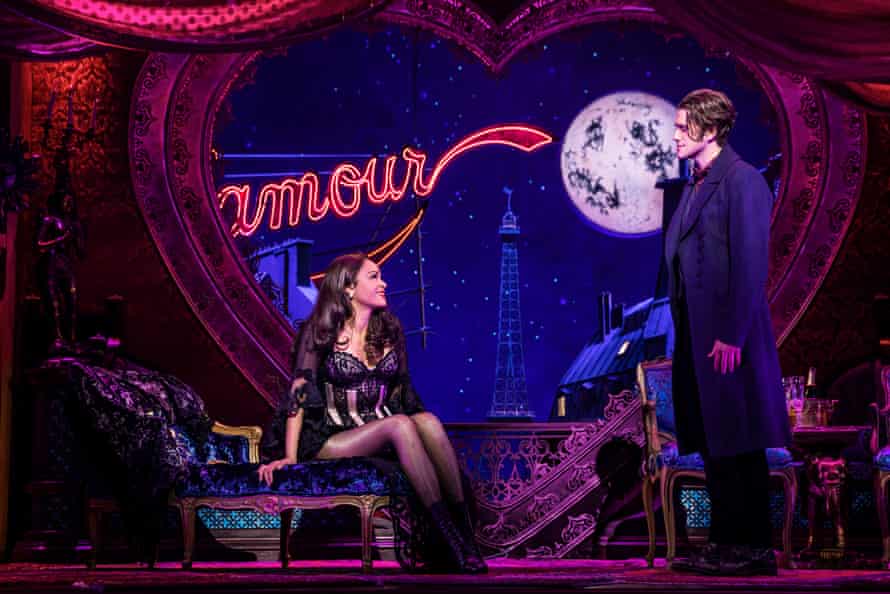 But the competition is stiff. Tina: The Tina Turner Musical has 12 nominations. The Alanis Morrisette musical Jagged Little Pill has 15.

Should Moulin Rouge! win, Pavlovic’s company will join a short but illustrious list of Australian winners of the prestigious award, one that includes Brian Thomson and Roger Kirk for their set and costume designs for The King and I (1996), Hugh Jackman (2004) for his lead performance in The Boy From Oz, and Lizzy Gardiner and Tim Chappel (2011), for their costume designs for Priscilla Queen of the Desert.

Seven years in the making

If Global Creatures triumphs at the Tonys, it will be recognition of 15 years’ hard work, Pavlovic said. What began in 2009 with “a lovely lunch at Baz Luhrmann’s house in Darlinghurst” turned into an epic saga of rights negotiations.

“It took seven years to piece together a deal with Fox Studios and with the Moulin Rouge in Paris, because they still control the name,” said Pavlovic. “And pre-Broadway, the show had 75 songs, which meant 150 composers and 30-odd music publishers. The rights negotiations were intense and since Covid, we’ve never been able to step back and relax at all.” 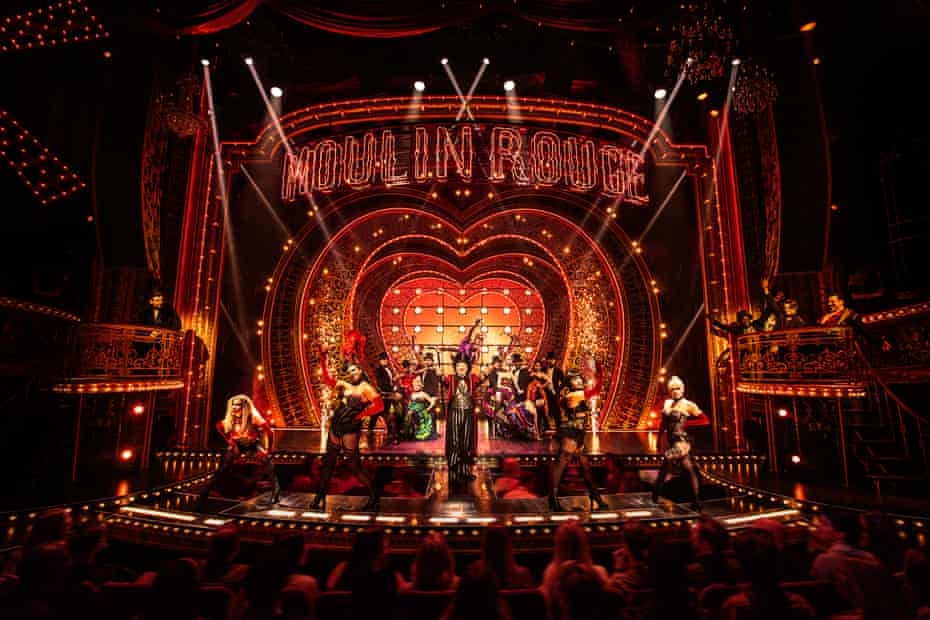 Moulin Rouge! The Musical is expected to open in London and Melbourne in November. Photograph: Matthew Murphy/Global Creatures

Pavlovic has been to the Tony awards once before, for the Global Creatures-produced King Kong. She’s braced for a different atmosphere this time.

“It will be fun, but fun for me isn’t a 10-out-of-10 thing anymore. It’s more like a seven or eight. There’s heaviness; there has been so much illness and death. I don’t think there’s anyone in the New York company who didn’t know someone who died from Covid.”

The Tonys will celebrate resilience and the reopening of the theatre district, but Pavlovic believes it will also be “a call to arms”.

“After the death of George Floyd, with the #MeToo and BLM movements, there has been a lot of soul-searching about what Broadway needs to become and do differently. So it’s a serious time as well as one of hopefulness.”

Moulin Rouge! The Musical is expected to play on London’s West End from 12 November. Plans for Melbourne’s production at the Regent Theatre are still unknown, due to ongoing Covid restrictions, but producers are hoping for a November opening.

The 74th Tony awards will be live-streamed in Australia on 10 Peach from 9am AEST on Monday 27 September.

Powerful owls are gentle giants stalking our suburbs, but they are also on the edge | Australian bird of the year (2021)