The 2019-20 bushfires and Covid-19 are very different disasters. While bushfires are a somewhat familiar threat with roaring flames and hot, dry winds, a virus is an invisible threat, striking in our homes and everyday interactions with friends and family.

Yet despite their difference, the experiences of Aboriginal people in both the 2019-20 bushfires and Covid-19 outbreak reveals striking commonalities. Marginalisation and entrenched inequality produce vulnerabilities that make worse and deepen Aboriginal people’s experiences and create disasters within disasters.

The 2019-20 bushfires disproportionally impacted on Aboriginal peoples. This was true broadly across all affected areas as well as being more pronounced in some regions where Aboriginal people are a larger portion of the population. The New South Wales south coast, for instance, is home to many Aboriginal communities and towns with large Aboriginal populations, and during the 2019-20 summer they experienced some of the most savage fires.

An orphaned joey whose feet were burned in the NSW south coast bushfires in January 2020. Photograph: Steven Saphore/EPA

After the bushfires, Aboriginal community organisations from the south coast highlighted that:

Other identified issues that hindered the response included overcrowded and inadequate housing, high rates of unemployment, lack of appropriate infrastructure such as access roads, phone and internet services and safe places to shelter, as well as health care facilities that were difficult to access.

These experiences were acknowledged in the final report on the 2019-20 bushfires in NSW, which acknowledged that Aboriginal people were treated poorly during the crisis. 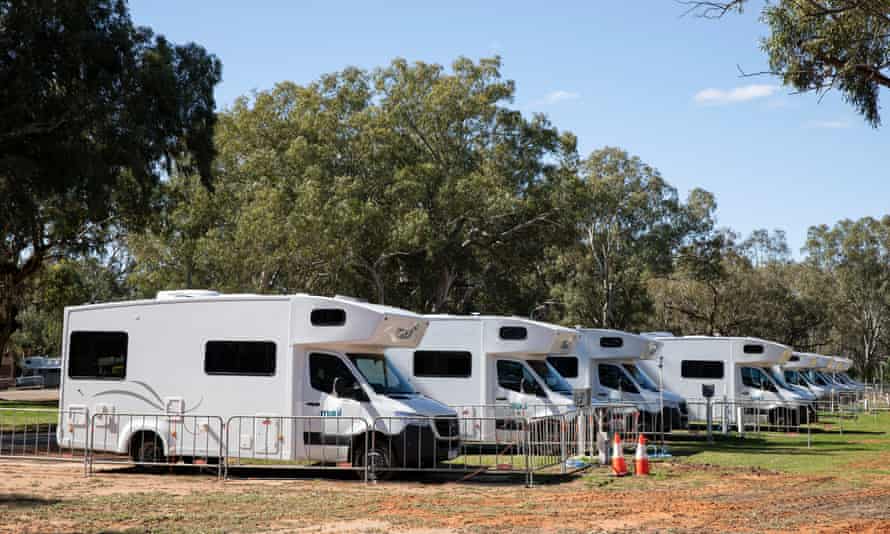 Motor homes in Wilcannia supplied by the NSW health department to house people who have Covid so they can isolate from other family members. Photograph: Jessica Hromas/The Guardian

In western NSW, three Aboriginal people were diagnosed with Covid-19 and have since died.

As this crisis has unfolded, advocates have lamented how Aboriginal people and organisations have been left out of planning, or their concerns not taken seriously by government. Key among these has been the lack of urgency to vaccinate Aboriginal people, who were among the highest-priority groups.

At the start of the outbreak in NSW, advocates requested a Covid-19 hotline to answer questions from Aboriginal people, mass vaccination hubs specifically for Aboriginal people, an Aboriginal-led vaccination rollout in regional and remote communities, and capacity to create emergency accommodation to allow people to isolate away from their families. These requests were ignored.

Consequently, communities were unprepared for an outbreak, and the public service response did not provide targeted, adequate and appropriate support to anxious and fearful Aboriginal communities.

This lack of preparation has been made worse by longstanding issues such as overcrowded housing, unemployment, poverty, and inadequate infrastructure.

The 2019-20 bushfires and coronavirus outbreak reveal stark and consistent truths about entrenched inequalities. Examining how each disaster unfolds demonstrates that many of the issues are the same, or similar:

Rather than taking responsibility for these shortcomings, governments continue to hide generations of neglect behind the language of vulnerabilities.

The language of vulnerabilities also hides the many strengths our communities possess, such as closely connected family and community relations who are quick to advocate, mobilise and provide support where governments and non-government organisations fail.

In the north-west, Aboriginal community organisations such as the Dharriwaa Elders Group in Walgett, the Brewarrina Local Aboriginal Land Council, and Mari-Maa Aboriginal Health Service in Wilcannia, to name a few, continue to go above and beyond to support their communities. Staff and volunteers in these organisations are either not paid, or underpaid, for much of this work, and their tireless and selfless efforts go largely unseen or are undervalued by government. Added to this is that staff and volunteers are community members themselves, and yet continue to work despite psychological distress when they or their families are directly affected. 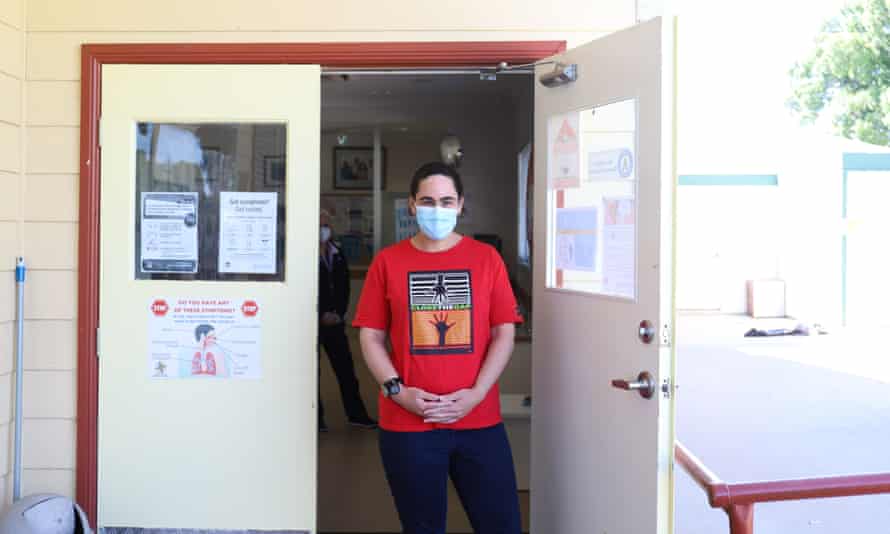 Claire Williams, the manager of the Bourke Aboriginal health service, which also serves Enngonia, where a third of the population has Covid. Photograph: Alys Marshall/The Guardian

The field of disaster justice acknowledges that disasters, whether natural or otherwise, deepen and magnify existing societal injustices. This is important as it situates disasters within an existing political, economic, and social system that produces inequalities. It places disasters within a historical context and acknowledges that existing systems of marginalisation have been produced and persevere because of the choices made by governments, private interests, and society at large.

But just as the bushfires and Covid-19 have laid bare social inequalities endured by Aboriginal people, so too do they offer an opportunity to make different choices moving forward.

Preparing the world to “live with Covid’’ makes clear that the virus is here to stay. Natural disaster driven by climate change will be more frequent and severe. As we step into an uncertain future, the choice is now before us to address entrenched inequalities that produce these disasters within disasters.

Should Australia, in its desire to “recover’’ from the bushfires, or “get back to normal’’ after Covid-19, turn its gaze away from the entrenched marginalisation of Aboriginal people, our communities are doomed to continue to needlessly suffer in times of disaster. And although governments complicate and bureaucratise entrenched issues, addressing some challenges can be straightforward. We need to:

And although these won’t solve what are complex, multi-layered, and generational challenges faced by Aboriginal people, it would make a genuine start. Only in our next disaster will we know how much, if anything, has changed.

Bhiamie Williamson is a Euahlayi man from north-west NSW, and research associate and PhD candidate at the Australian National University

How to Recruit Better Software Engineers to Your Startup

Diplomacy dialled up to 11: Australia saddles up with US as Indo-Pacific heads for cold war | Katharine Murphy