Australia’s covert overseas spy agency, the Australian Secret Intelligence Service, opened a base in Santiago to assist in the US Central Intelligence Agency’s destabilisation of the Chilean government ahead of the bloody military coup against Salvador Allende’s socialist government 48 years ago today.

Declassified Australian government documents prove that in December 1970 Liberal foreign minister and later prime minister, Billy McMahon, approved an Asis request to open the base. For 18 months from 1971, according to the US-based National Security Archive, Asis apparently conducted covert operations in Chile – including handling CIA-recruited Chilean assets in Santiago and filing intelligence reports to CIA headquarters in Langley, Virginia.

The documents disclose how McMahon’s successor, Labor’s Gough Whitlam elected in December 1972, less than a year later ordered the then Asis director, William Robertson, to disband the service’s Chilean operations.

But the documents, released in June to former Australian army intelligence officer and academic Clinton Fernandes, indicate Whitlam was torn between any real politik embarrassing revelations about Asis involvement in undermining fellow progressive left-winger Allende might cause, and concern Washington might view the spy agency’s retreat as anti-American or “embarrass [the] CIA”.

Reportson the 1974 and 1983 Hope royal commission whose findings have never been released, speculated Australia covertly collaborated against the democratically elected Allende government. But these declassified papers offer the first official proof that Asis participated in a destabilisation campaign against Chile, preceding the coup on 11 September 1973.

The documents are among hundreds released to Fernandes, an author and professor of international and political studies at the University of New South Wales in Canberra. He has pressed Australia’s federal government to declassify historical national security files on covert Asis operations in Cambodia and Indonesia as well as Chile.

The federal government and its security agencies have argued, sometimes in closed tribunal hearings, that to confirm or deny the existence of records of Asis operations – including in Chile – would harm Australia’s national interest.

While the newly released documents are heavily redacted and refer to Asis by its codename “MO9”. Australia’s administrative appeals tribunal is now considering whether to release full versions of the same archival papers, which include secret and top-secret intelligence and government reports.

Fernandes and his barrister argue national security is not compromised by the release of uncensored documents and most of those named would now be dead.

Fernandes says, “The Australian government talks a lot about fighting covert foreign interference but helps overthrow a democratic government in Chile. Then it slaps national security classifications on its records to prevent the public knowing what it’s up to. But national security should be a goal not an alibi. It should mean the safety of the Australian public. It shouldn’t mean protecting policymakers from democratic accountability.”

Whitlam – as opposition leader in 1977 after the sacking of his government – told federal parliament of the leaks from the Hope royal commission: “It has been written – I cannot deny it – that when my government took office Australian intelligence personnel were still working as proxies and nominees of the CIA in destabilising the government of Chile.” 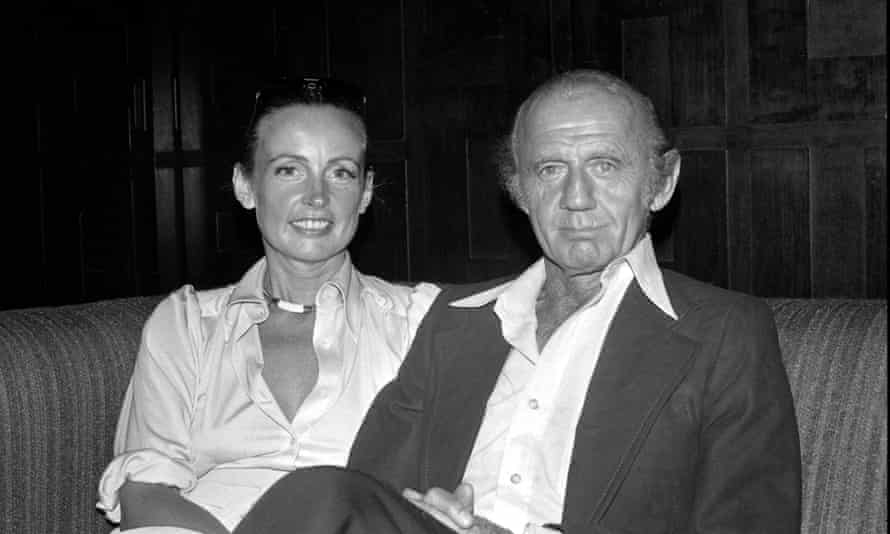 In June, Ian Latham, a barrister working with Fernandes, told the administrative appeals tribunal: “It has been formally and informally known about Australia’s involvement in Chile … In my submission, the publicly available evidence will show that Asis has undertook operations and that these operations took place at a time the US was involved in undermining the Allende government.”

Latham said that Asis had offices in Chile and hosted CIA agents.

The attorney general, Michaelia Cash, issued a so-called “public interest certificate” opposing the release of the documents. This suppresses the disclosure of any evidence from agencies such as intelligence agencies, insisting it is “contrary to the public interest because disclosure would prejudice the security, defence or international relations of Australia”.

But in late June the government released a cache of redacted papers to Fernandes and Latham that chronicle the life – and political machinations – around the Santiago Asis station.

A December 1970 Asis memorandum reads: “The Minister has given approval for M09 to open a Station in Santiago Chile. This follows representations [redacted] … [redacted] has been chosen as Station Commander and will be moving to Santiago as soon as administrative arrangements and [deleted] can be completed.” 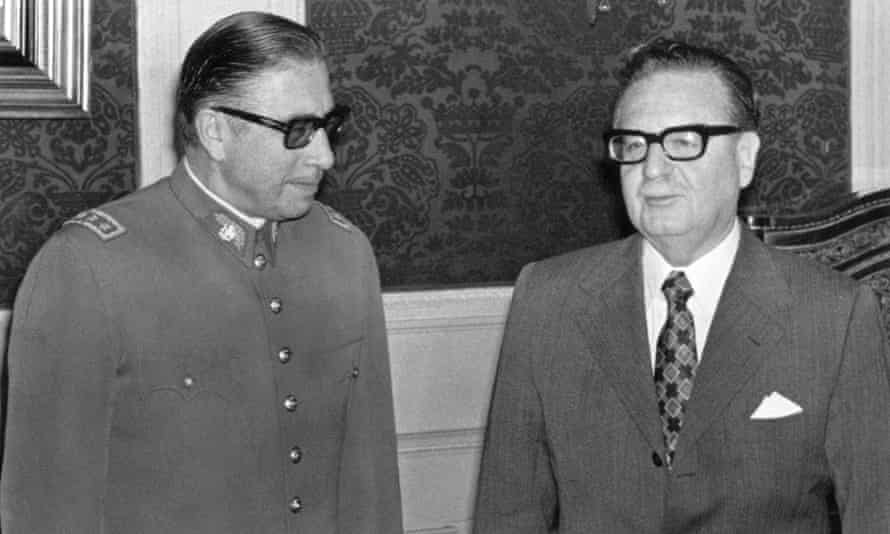 Augusto Pinochet (left) poses with Salvador Allende in August 1973, shortly after Allende appointed him as head of the army. Photograph: AFP/Getty Images

A secret progress report shows Asis then dispatched agents and equipment to Chile after Allende’s election: “[Name redacted] advises that our Station safe and typewriter will arrive in Valpraiso approximately 11th September, and be delivered … within a week.”

National Security Archive reports that another document reveals tensions in relations between the CIA and Asis including misunderstandings and disclosures that caused “embarrassment” and harm to “service reputation”.

Just a few weeks before the station was due to open, another document reveals a senior Australian official expressed concern about Asis establishing in Chile and suggested it might be deferred because “the situation in Chile has not deteriorated to the extent that was feared”.

The communication begins, “This is not our day …”

It continues, “I … said that the question of deterioration had to be taken at two levels, that is the political one (in which I admitted that Allende had so far been more moderate than expected) and the security one in which there had already been a tightening up by the security services and it was this latter factor which was the one to be considered.”

After it failed to directly orchestrate a military takeover in 1971, the US Nixon government strategy to undermine the Allende government hinged on cultivating a “coup climate” involving undermining the Chilean economy, the national polity and by means of psychological operations until the country became ungovernable. 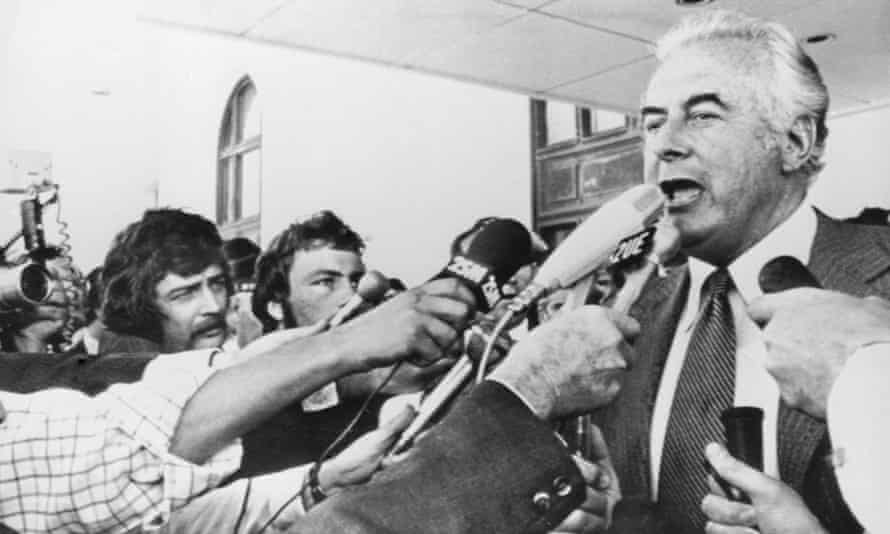 Gough Whitlam addresses reporters outside Parliament in Canberra after his dismissal in 1975. Photograph: Keystone/Getty Images

In the Spring of 1973, Whitlam ordered Asis director Robertson to close Asis operations in Chile. Whitlam, according to Robertson, “said that he was uneasy about the M09 operation in Chile … he felt that should [redaction] in Chile receive any publicity as a result of these matters, then he would find it extremely difficult to justify our presence there”.

Robertson wrote to Santiago station officers explaining Whitlam’s decision: “… he was most concerned that CIA should not interpret this decision as being an unfriendly gesture towards the US in general or towards CIA in particular … The Prime Minister said that now that he had made his decision he wanted us to cease our clandestine activity as soon as possible …”

In a note to file, Robertson wrote, “The Prime Minister said that the last thing he wanted to do was to take precipitate action in this matter that would embarrass the CIA.”

On 1 July – barely two months before the military coup that would end with the ousting of Allende’s government by general Augusto Pinochet – the Asis station in Santiago reported to Canberra that it had shut down. “All remaining station records etc. have been destroyed.”

On 11 September 1973, Pinochet mounted his US-supported coup. Allende gave his final speech as president as troops massed outside his palace. He vowed not to resign. He suicided the same day.