The embassy of Afghanistan occupies a handsome redbrick mansion in a serene and tree-lined Washington neighbourhood, deserted apart from dog-walkers and joggers, as distant from the gunfire and panic of Kabul as could be imagined.

It has entered a diplomatic twilight zone, flying the flag of a government that no longer exists. Roughly 30 staff are still answering phones but have been thrust into limbo, many likely to seek asylum in the US but worrying for family back home.

Until last month, the mission was led by Roya Rahmani, a women’s activist who arrived in 2018 as Afghanistan’s first female ambassador to the US. Now two decades of gains for Afghan women dangle by a thread amid reports that many are hiding from the Taliban, and that female presenters have been barred from working on state television.

Is Rahman, who has a young daughter, surprised Joe Biden has not shown more compassion and empathy for the plight of Afghan women and girls?

“I am,” she said, leaving a heavy silence as she declined to elaborate.

Does she think Biden understands the point she is making about the centrality of women to Afghanistan’s future?

The president’s decision to withdraw from Afghanistan by the end of the month led to the collapse of its US-backed government far quicker than expected, leaving US troops to carry out a chaotic evacuation through Kabul airport.

Rahmani recalled: “I just felt paralysed looking at it thinking, ‘Oh, my God, it’s all over, again.’ And then will it be again in my lifetime that I see it change in the right direction?”

The situation has been “extremely stressful” for her family in Afghanistan, she said. “It is a sense of panic, desperation, helplessness, abandonment, disappointment, betrayal. The list goes on. Unfortunately, not too much positive.”

There are signs of the Taliban cracking down on protest and hunting perceived collaborators. Stunning allies and delighting adversaries, the 20-year war and its sudden implosion have been described as one of the biggest foreign policy debacles in American history.

Rahmani said: “I do not want to directly comment on President Biden other than to say things could have been done differently.”

Biden has claimed the US operation in Afghanistan was about counter-terrorism. But Rahmani suggests nation-building was an intrinsic part of that strategy and benefited millions of women.

“Although that was not the main reason why the international community went to Afghanistan, it turned out to be the achievement,” she said. 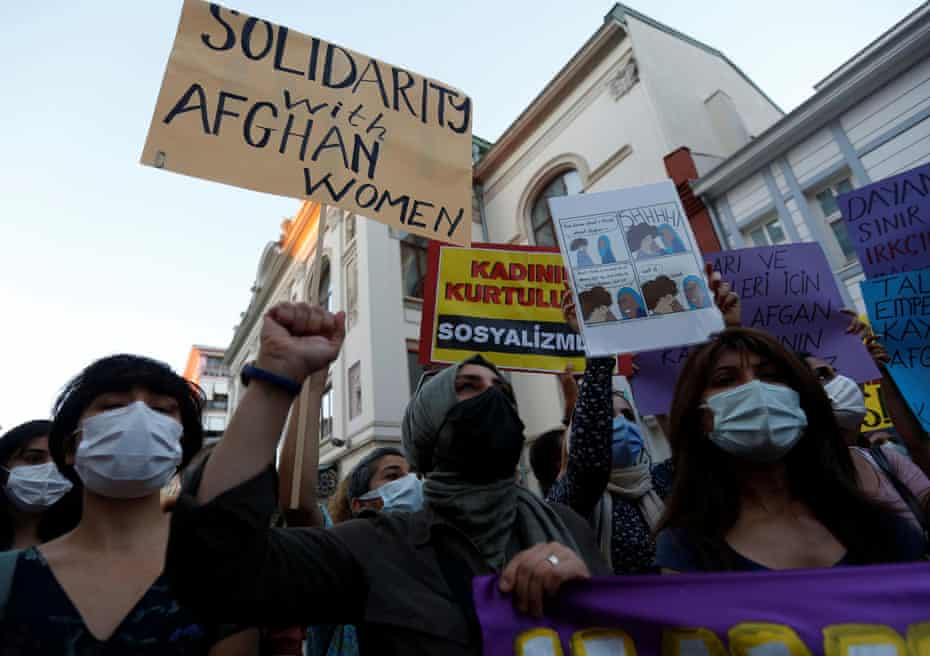 Under the first Taliban regime in the 1990s almost no girls went to school. Today more than one in three teenage girls can read and write. The Taliban, attempting to rebrand, have encouraged women to return to work and allowed girls to return to school, handing out head coverings at the door.

But Rahmani warned: “To the extent they have rights and liberties and the progress and achievements they have made is on the line, the women of Afghanistan are very nervous, very scared and very concerned.

“The Taliban so far have not clarified their stance except by saying that they will respect the rights of women as long as it fits within the context of sharia law, which is worrisome for many because they are wondering whether that means their rights would be further restricted due to the very specific interpretation of the Taliban, which is not necessarily practiced in even other Muslim majority countries.

“Women believe that they have been doing everything in accordance to Islam and sharia law so far and to say that that it is only allowed within that caveat rings a warning bell for them.”

America and the west should not shirk their responsibilities, she argues.

“This is the time to do it. They did a lot in the past 20 years and what they did maybe was that they provided an opportunity and platform and Afghan women really used that platform and opportunity, and worked really hard to get where they got. The progress was quite impressive and massive. Now it really depends how the international community is going to position itself.”

The Taliban, Rahmani said, may struggle to govern as they face a new generation.

“It also would depend how people in Afghanistan are going to react to this new reality because it’s also not the same Afghanistan that it was 20 years ago. 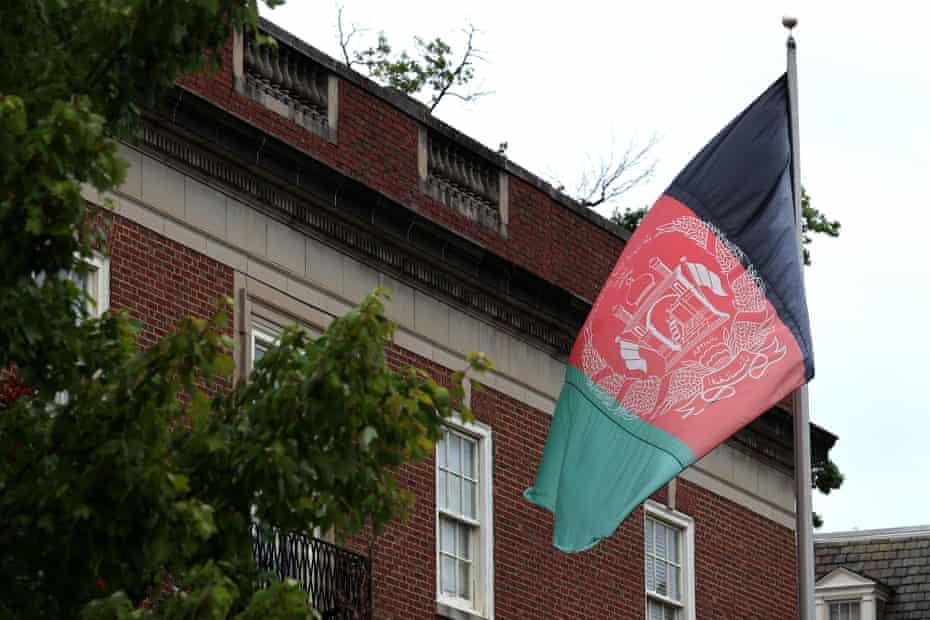 “A lot of people have very different viewpoints and mentalities than they did in the past. It is not acceptable for a lot of people to be disconnected from the rest of the world and not engage at the same level with the world and they want opportunities, proper education and much of the modern world. In that context, it’s a major effort.”

Rahmani was removed from her post last month after being charged with embezzling funds to rebuild a wall at the embassy, an allegation she denies and characterises as politically motivated. She will remain in Washington as a fellow at Georgetown University “for the foreseeable future” but hopes to return to Afghanistan when she can “contribute effectively and constructively”.

Her successor, Adela Raz, is also a woman. For now the embassy on Wyoming Avenue continues its unmoored existence, giant flag still flying.

Rahmani noted: “Last time when there was a Taliban takeover, there was a conflict between the members of the embassy and them which resulted in the closure of the embassy. Now, what happens to the embassy depends on the new Afghan government and how the US is going to decide to deal with it diplomatically.”

Inside the cheapest home on Zoopla costing £35k where you’d only have to pay £3,500 for a deposit