It’s New Zealand’s 1pm Covid press conference, and Chris Hipkins is eyeballing a room of journalists. He stands, sanitising his hands, and takes a moment to look around.

“We’ll start with some good news,” he begins.

In a global pandemic, good news can be hard to come by, but Hipkins, the Covid response minister, uses the line frequently enough that it became a catch-cry. Even when a gaffe went viral – he advised Aucklanders on how to “get outside and spread their legs” during lockdown – the minister responded with the bright side. “At least I’ve given you all something to laugh about”.

For most of the first 14 months in the job, Hipkins had plentiful bright sides to relay. New Zealand was ranked as having one of the best pandemic responses in the world – avoiding large scale outbreaks of disease, but also preserving its economy, freedoms, and relative normalcy.

Now, all that teeters in the balance, and he and prime minister Jacinda Ardern are on the front line. The country is wrestling with an outbreak of Delta – a more contagious and deadly variant than those it has managed to crush in the past. Auckland, the centre of the outbreak, has spent a month in lockdown. The country’s slow vaccine rollout means about 60% of its population still isn’t fully protected. Looming on the horizon are more questions – on when New Zealand will finally reopen, and what shape that will take. Whether the country will reach its lofty goal of surpassing 90% vaccination, and what happens if it doesn’t.

New Zealand’s success in dealing with the Covid pandemic is teetering in the balance as Auckland deals with a Delta outbreak. Photograph: Hagen Hopkins/Getty Images

“The uncertainty is not letting up,” Hipkins says, sitting on the grey couch of his office in the Beehive, New Zealand’s parliamentary complex. “We’ve been asking people to live with uncertainty for 18 months … People are tired.”

“People can put up with a lot if they know when it’s going to end. So that constant feeling of, when is this going to end? How does this end? Those kinds of questions do sort of wear people down a bit.”

Shifting away from the ‘nuclear option’

A month into the outbreak, the minister looks a little tired himself – and the questions just reeled off are ones he’s tasked with answering. New Zealand had planned to spend the rest of the year steadily vaccinating its population, then reopen at its own pace. Delta has forced it to shift gears: the country is in a race to vaccinate and to contain its current outbreak. Just 34% of all New Zealanders have had both vaccinations, or 39% of the eligible (12+) population. The government is committed to shooting above 90%.

Even if vaccination rates rise, allowing any cases of Covid to circulate will require a steep mindset shift. New Zealand has been resolutely intolerant of any Covid at large in the community. Hipkins remains adamant that elimination is still the government’s goal, but a big “what if” looms over the current outbreak.

“The big shift that we have to make is moving from a situation where every positive case becomes effectively a public health emergency, to one where we continue to pursue elimination, but we have a more regularised way of responding to cases when they emerge,” he says.

“We were getting close, we were heading in that direction until Delta showed up.”

Now, he says hitting those high vaccination rates is the only way New Zealand can continue elimination without having to keep turning to lockdowns. “Level three and level four – it’s kind of the nuclear option, right? But you can’t fire nuclear missiles every time.”

The government’s strategy has, so far, enjoyed huge popular support in New Zealand. But at some point, Hipkins acknowledges, that could run dry.

“We’re not a police state. It wouldn’t work if people weren’t willing to follow those rules,” he says. “That public buy-in and goodwill is the only way that this works.”

Part of that goodwill has been helped by communication. Ardern’s government runs a tight media ship, and the government has mostly managed to muster a smooth, un-rattled face, even under fire. Hipkins is seen as a steady pair of hands in Ardern’s cabinet, and was handed Covid responsibilities after another minister caused a string of minor scandals. Since taking it on, he’s maintained the reputation for being unflappable: detail-oriented, steady, more prone to understatement than histrionics. In parliament, the minister is near-universally known as Chippy, a nickname that’s followed him since university. 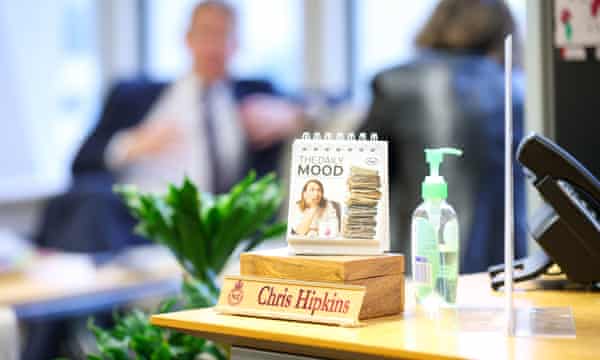 “He handles himself very well with the media. Never looks flustered or, you know, on the back foot,” says Ben Thomas, a former national government adviser.

From cutthroat to conciliatory

Covid-19 can be a make-or-break portfolio for politicians. The wins, if you get them, are big, but the stakes for failing are mass illness, economic strife and deaths.

“He’s always been a guy who’s been deeply enmeshed in the process and the mechanics of parliament and politics,” says Thomas. Hipkins is leader of the house, and public service minister, two wonky roles that are deeply immersed in the nuts and bolts of governance. His face brightens talking about government process – and it’s that interest and experience perhaps more than anything else, that he credits with carrying him through a year of Covid policy.

“I’ve watched people come into politics from outside, very talented people, very knowledgable, with a lot of subject matter expertise – but they’ve struggled to get the machinery of government to do what they wanted to do. And I like to think that I’ve managed to – I’m not perfect – but that I’ve managed to kind of figure that out.”

That’s not to say that his tenure has been without scandal or error. New Zealand’s vaccine rollout has been repeatedly criticised for its slowness. The government spent weeks hedging on whether all border workers were being tested (they weren’t). The opposition has slammed Ardern and her cabinet for failing to secure vaccine supply earlier in the year, and questioned whether that has slowed down vaccination rates.

Hipkins says taking on the Covid role has made him see knife-fight politics in a new light – admittedly an easier revelation to have on the other side of the fence. In opposition and pre-Covid government, Hipkins was known as a more cutthroat political player.

“He was one of those people who would have lodged, you know, hundreds or thousands of written questions,” Thomas says of Hipkins in opposition – a strategy that searches for any policy flaws, as well as gumming up government processes and eating into staff time. He caused a trans-Tasman scandal lodging questions about Australians being granted NZ citizenship, and was accused by Australian ministers of trying to bring down the government.

The Covid portfolio, he says, “certainly changed some of my views on politics. I’ve always enjoyed the cut and thrust of politics, but I think politics in a global pandemic is a different thing. I’ve become a much more moderate, conciliatory person as a result of doing this,” he says. 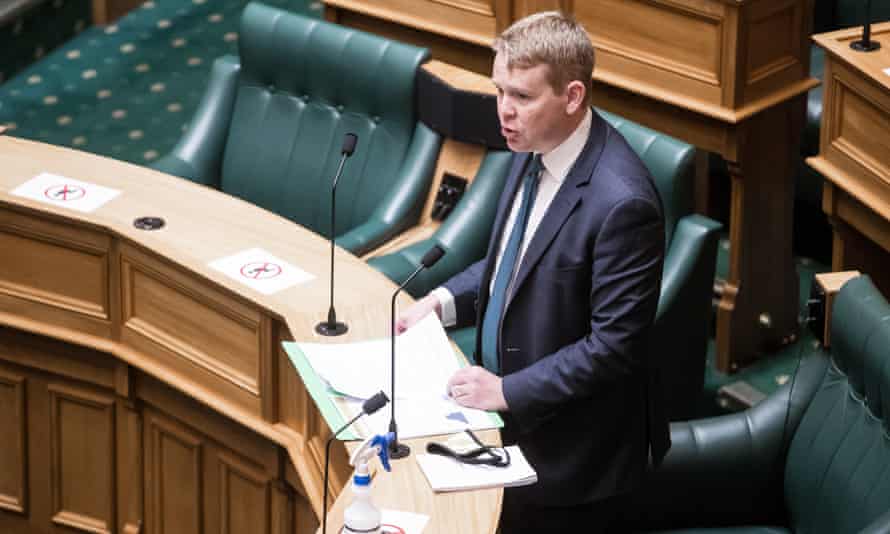 Asked about some of the vitriol New Zealand’s Covid response has drawn from commentators overseas, Hipkins gives a brief grimace.

“You don’t ever want to be too judgmental on other countries’ decision making, because you get the benefit of the 20/20 hindsight, and they were making the best decisions they could with the information that they had at the time,” he says. “I’m sure if you went to New South Wales and said … ‘What would you do differently, if you could go back and make those decisions?’ I suspect they would say ‘we would have locked it down earlier.’”

‘You can never afford to stop’

Standing for a photographer, Hipkins pauses to inspect the front of his suit jacket. “It’s child puke I’m looking for,” he says. There’s been a recent stomach bug at the Hipkins household.

Asked how the role has been for his young family, Hipkins says he has a general policy of not discussing family. Then he pauses. “I do often reflect on the fact that almost every politician in the valedictory speeches when they leave parliament, says that their biggest regret is that they didn’t spend more time with their family.”

“The reality with Covid – reflecting as honestly as I can on a personal level – one of the things that’s the hardest about it, is that there isn’t any such thing, really, as a day off.”

“It just never stops. You can never afford to stop, because you just – if you want to keep ahead of it, you’ve just got to keep moving.”

Vaccine passports in Australia: who will impose them and how will they work? | Australia news