As the Taliban tightened its grip on power in Afghanistan – casting girls from schools, ordering women home from work, and threatening to reinstitute the barbaric punishments that blighted their last rule – 10 young orphans packed everything they owned and quietly made their way out of Kabul.

Those 10 Afghan orphans – cared for in orphanages run by Sydney-based woman Mahboba Rawi and near-certain targets for Taliban retribution – were guided over Afghanistan’s fraught borderlands into Pakistan, where they found sanctuary, and from where they were helped onto evacuation flights to a new home in Australia.

They arrived in Australia on Friday to begin new and free lives.

The Afghan-Australian Rawi – the “mother of a thousand” – has for decades run Mahboba’s Promise, a welfare organisation that houses, educates and supports thousands of Afghan widows and orphans. Rawi’s flagship orphanage in Kabul is known simply as Hope House.

Since the fall of Kabul to the Taliban, Rawi and her team have been working to rescue as many of those under her care as possible. After an initial attempt to airlift more than 100 children – made impossible by a deadly suicide bombing at the gates to Kabul airport – it has been a relentless, secretive toil of paperwork and petitioning, securing documents and finding routes when none seemed available.

One of the Mahboba’s Promise staff members who helped guide the group out, Khalid, told the Guardian from Dubai en route to Australia that those who were able to secure visas and escape Afghanistan were torn between their joy at liberation and fears for their friends.

“The children who have made this escape overland to Pakistan are so happy,” he said. “They are enjoying their time without the danger of the Taliban.

“But still, [while] all these children … are happy for themselves, they feel so sad and disappointed about their friends, their orphan brothers and sisters who are still in Kabul and trying to flee the country.”

‘When the Taliban returned, I could not sleep, I was always thinking about my son, my daughter.’ Khalid with his children

Taliban militants had visited orphanages run by the organisation, intimidating staff and threatening to close them down. Some staff received threatening letters at their homes. In the Taliban’s eyes, cooperation with a foreign organisation is suspicious. A connection to Australia – whose military was in the country for two decades until last month – is potentially life-threatening.

The group of 17, comprising 10 orphans, two staff members and their families, made their way across the mountainous border between Afghanistan and Pakistan, reaching Islamabad earlier this week. The youngest child is just four years old.

The children know their new country and their connection to the country through Rawi, their Australian “mother”. Rawi’s orphanages are regularly visited by Australian ambassadors and parliamentarians and the children mark Australia Day.

Khalid said the people of Afghanistan know too well the brutality of the Taliban’s regime, having lived under its yoke for five years until 2001. He said the resurgent Taliban was unreformed and unrepentant – and would target those with links to the west.

“Everyone in Afghanistan is in fear. They fear about their lives, about [being able to] feed themselves. Will they be able to survive under this regime?

“When the Taliban returned, I could not sleep, I was always thinking about my son, my daughter – how will my family and the people around me survive in a system run by a barbaric group like the Taliban.”

Khalid – the Guardian is using only his first name for security reasons – said the mood of the children stranded in Kabul was bleak. “They don’t anticipate a brighter and a good future for themselves. It will be a dark time for Afghanistan,” he said.

Nawid Cina, Mahboba Rawi’s son, and the general manager of Mahboba’s Promise, said the rescue mission was a joyous moment but there were more children to rescue.

“We’re over the moon these lives have been saved, but in our minds, it’s very much a first step. It’s an important step, a momentous step, but we’re wholly focused on the ones remaining. Those still in Afghanistan face the same risks, they have the same fears, and we will keep working to bring them to safety,” he said.

“This has not been easy, to have to separate these orphans. They grew up as siblings, it is not what we wanted to do.” 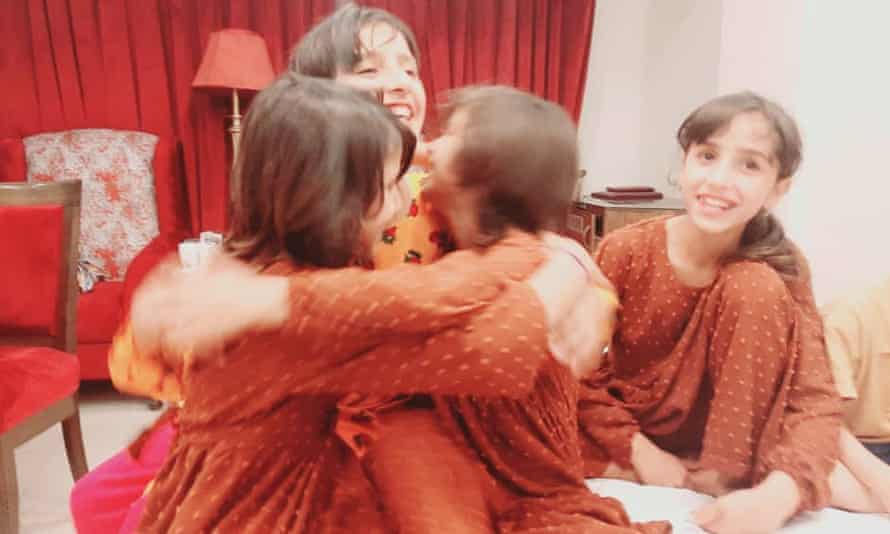 ‘It’s an important step, a momentous step, but we’re wholly focused on the ones remaining.’ Orphans in an Islamabad hotel after fleeing Afghanistan

Cina said Afghanistan was descending into a humanitarian crisis, from which the world must not turn away.

With winter looming, the World Food Programme has estimated that already, 14 million people are food insecure: only 5% of Afghan families have enough to eat. Unicef says 1 million children in Afghanistan are at risk of starvation and will suffer severe acute malnutrition this year.

Afghanistan’s economy has ground to a halt. The Taliban has imposed withdrawal limits to stop a run on banks and food prices have skyrocketed. 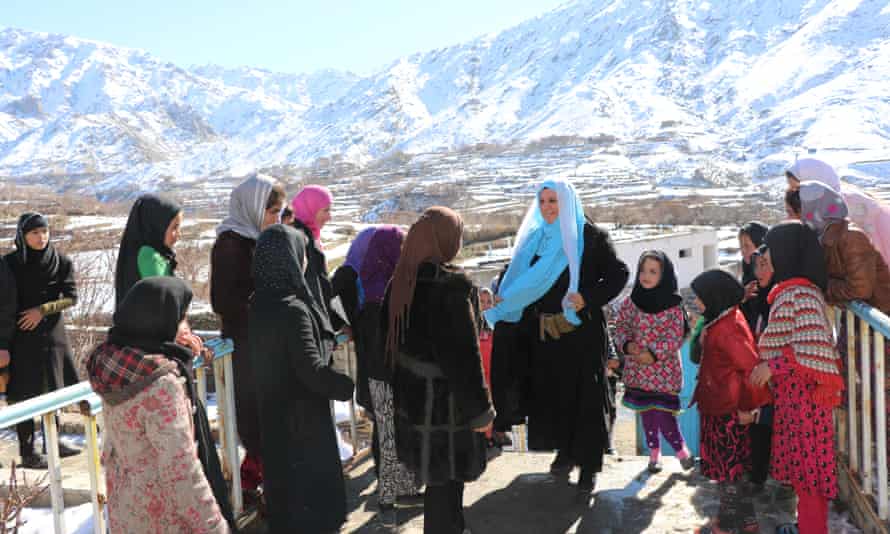 “There is dire need in Afghanistan. People are suffering, and the humanitarian crisis is only going to get worse,” Cina said.

Rawi, who was forced to flee Soviet-occupied Afghanistan as a child, established Mahboba’s Promise from Australia in 2001. Her organisation has since fed, housed, clothed and educated thousands of children across Afghanistan. It continues to work to rescue more children under its care from the rule of the Taliban.

“The future is bleak in Afghanistan,” her son told the Guardian. “We are overjoyed these children have got out, their lives have been saved. But there are many left and we’re looking forward to working with government – who have been incredible – to rescue them too.”