A Chinese man has been sentenced to death after a court found him guilty of killing his former wife while she was livestreaming on social media last year.

The intermediate people’s court of the Aba Tibetan and Qiang ethnic minority autonomous prefecture of Sichuan province said Lhamo, a 30-year-old Tibetan woman, died a little over a year ago in September 2020, after her former husband, Tang Lu, doused her with petrol and set her alight.

The horrific case has shone a spotlight on domestic violence in China and the continuing failures to protect victims despite major changes to legislation and government pledges. Lhamo’s death, which followed multiple alleged assaults, unresolved complaints to police, and attempts to leave Tang, prompted online campaigns to strengthen laws and make divorce easier for women experience violence.

Lhamo was a popular social media broadcaster in the south-western county of Jinchuan, Sichuan, with hundreds of thousands of followers on Douyin, China’s version of TikTok.

Her videos offered a window into her life but no sign of the alleged abuse. Her followers saw picturesque scenes of Lhamo’s rural life: picking herbs, walking through the mountains, cooking dinner and working around her house where she lived with her husband and two children.

What they did not see, however, was her battle to protect herself and her children from a violent husband who she had divorced twice, the second time after he allegedly coerced her into remarrying. 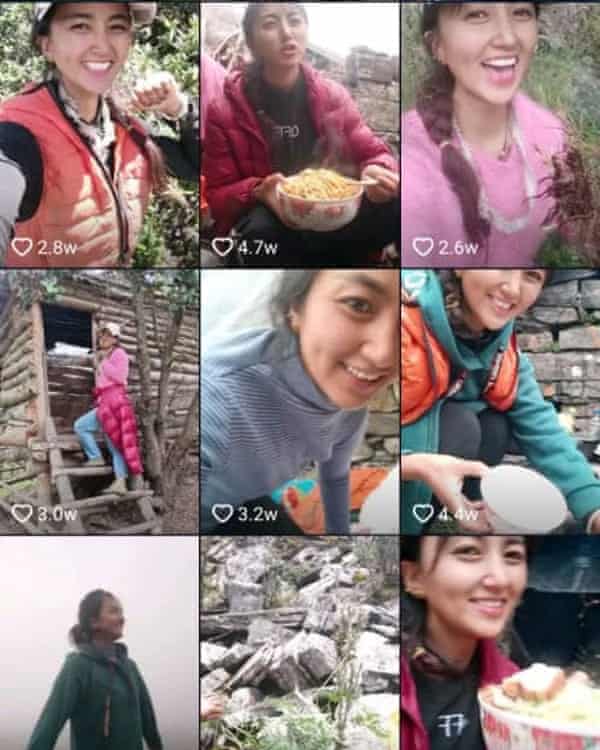 Lhamo had hundreds of thousands of followers on China’s version of TikTok. Photograph: Weibo

Then in early September last year, Lhamo was livestreaming from her father’s kitchen when a man walked in. Hundreds reportedly watching at the time heard her scream and then the screen went dark. Lhamo’s sister Dolma later found her in the intensive care unit of an Aba prefecture hospital, with burns to 90% of her body. She was transferred to Sichuan and her family appealed online for donations to pay for her treatment, drawing attention to her case.

By the end of the month she had died.

Online campaigns over Lhamo’s death intensified after a speech the Chinese president, Xi Jinping, gave to a UN conference one day later, saying the protection of women’s rights and interests “must become a national commitment”.

Hashtags including #LhamoAct (calling for laws allowing victims an automatic divorce) spread across social media, calling for stronger enforcement of the then four-year-old domestic violence law, before being quickly shut down by censors.

“With so many signs and alarms, where did the police go? Where is the law?” said one commenter.

Her death was among several significant domestic violence cases referred to in a song by the Chinese singer Tan Weiwei.

Lu Xiaoquan, a legal aid lawyer for women’s rights and executive director of Qianqian law firm in Beijing, said Lhamo’s death had captured the nation’s attention in part because of her social media profile, but also because she died years after the enactment of a law designed to protect women like her. 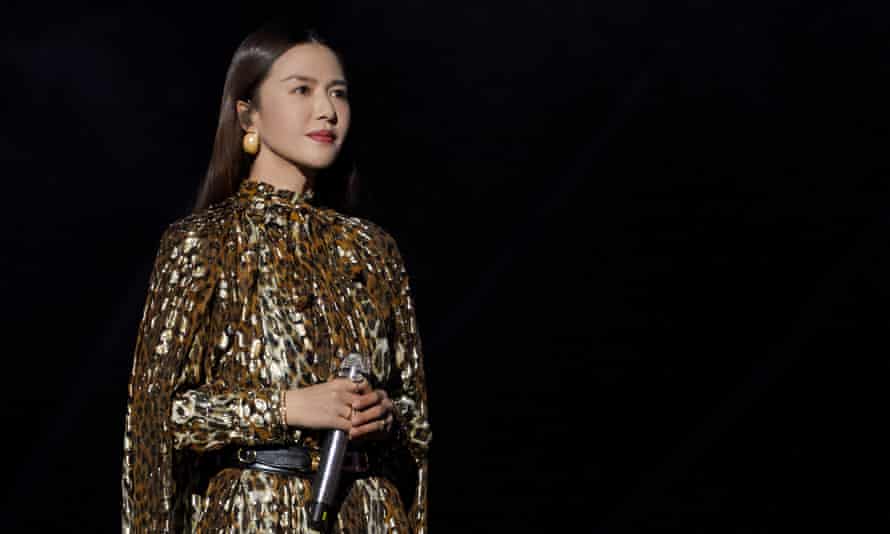 Lu said the law had strengthened definitions of domestic violence to include emotional abuse as well as physical, and to apply to victims and perpetrators who live together even if they are not family.

“It shows the basic legal concept of the rule of law in terms of anti-domestic violence,” she said.

But its enforcement has been found wanting, and there remain major hurdles including overcoming traditional taboos and values among communities and authorities, particularly in rural areas. Lu noted that many women in rural areas often returned to abusive husbands, finding they had no financial or other support after trying to leave.

“There is a lack of social support system for women who experience gender violence, including sexual harassment and domestic violence,” said Lu. “The victims are alone in facing their perpetrators.”

Lhamo’s sister Dolma has said Tang was known to police, and had repeatedly assaulted his wife after their marriage when she was 17. After Lhamo left him the first time in March 2020, he allegedly forced her to remarry by threatening their children. He continued to be violent, Dolma told the New York Times, and Lhamo filed for divorce again in June, and hid with her family. Tang looked for her, allegedly assaulting Dolma when she would not tell him where her sister was.

A court granted the divorce but gave Tang custody of the children, and Lhamo spent months in the mountains, continuing to post lighthearted videos. Two days before the attack, she told her viewers she was going home.

Lu said local police often still considered domestic violence to be a family or private matter in which the public – and public authorities – should not usually get involved.

“So they didn’t intervene in a timely manner to break the vicious cycle,” Lu said. “This shows a lack of understanding of the nature of domestic violence, and a lack of training about the awareness of domestic violence for local police, which means they won’t be able to take the right actions.”

Three days after the alleged attack, having previously dismissed Lhamo’s complaints of her husband’s violence as a “family matter”, county police began investigating Tang. Ten days after her death, on 10 December, the people’s procuratorate in Jinchuan approved his arrest on suspicion of intentional homicide.

Authorities were finally taking it seriously, but the response was too late for Lhamo.