Lee “Scratch” Perry, who has died aged 85, was one of Jamaica’s finest and most unpredictable record producers, as well as a much recorded singer. But perhaps his greatest global legacy was the profound effect he had on the king of reggae, Bob Marley.

As a singer in the Wailers with Peter Tosh and Bunny Livingston, Marley had experienced a modest degree of success in Jamaica before he came into Perry’s charismatic orbit in 1970. Hooking up with Perry changed the way Marley saw things, pulling him away from the measured harmonies of a trio towards something more heartfelt.

Urged on by Perry to take a more spiritual approach, he copied some of Perry’s vocal phrasing, built a new, bass-dominated sound and, with Perry’s help, began to release a string of new songs – such as Soul Rebel, Duppy Conqueror, Kaya and Small Axe – that would propel him on to the world stage.

Although Perry and Marley parted company on poor terms before Marley really hit the big time as a solo artist, it was Perry’s free-spirited unorthodoxy that drew the best out of the younger man.

Essentially a layman in music circles, Perry came up with ways of doing things that would rarely occur to trained musicians – and which they regularly rejected as unworkable until they tried them and found to the contrary. His adventurous, shamanistic spirit brought him to the very top as a reggae producer in the mid to late 1970s, when he ruled the Jamaican music scene from his fabled Black Ark studio in the capital, Kingston, creating critically acclaimed and popular records with artists such as the Heptones, Junior Byles, Max Romeo and the Congos. 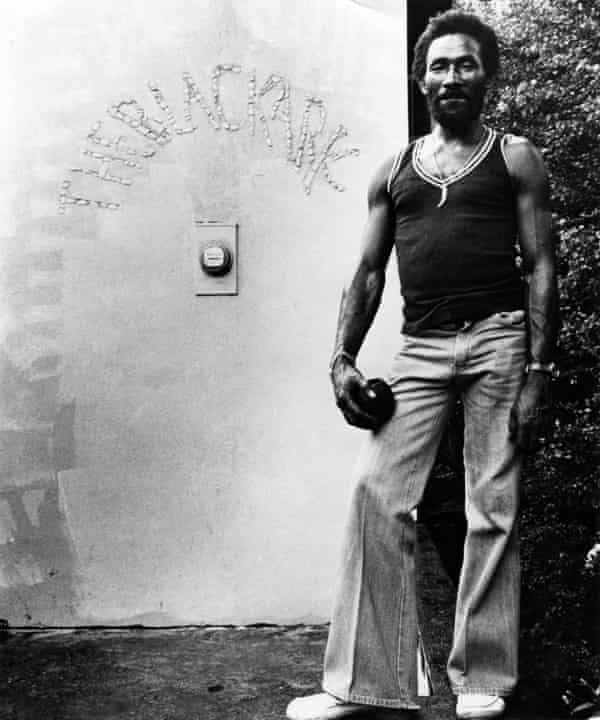 His tiny 12-ft square workplace, cluttered with strange artefacts, produced a signature sound like no other, as distinctive in its own way as Phil Spector’s famous wall of sound. The ark was also one of the great cradles of dub music, where Perry, along with his collaborator King Tubby, got under the bonnet of reggae, stripped it down to its bare essentials and reassembled it in new form, adding a cacophony of sound effects, reverberations and electronic exclamation marks.

The golden years came to an abrupt end in 1979, however, when an overworked Perry, always deeply eccentric but now increasingly unhinged by the consumption of unwise amounts of ganja and rum, burned the place down and walked into the wilderness.

Perry had always trodden the thin line between genius and insanity, and was an enigma throughout his life. Born into harsh poverty in the rural Jamaican town of Kendal to Ina (nee Davis), a field-labourer, and Henry, who worked on the roads, he left school early, living itinerantly and making a precarious living in the north-west of the country as a professional dancer, dominoes player and bulldozer driver. After a short-lived marriage to a local woman named Ruby Williams, he moved to Kingston in the early 60s, where he found work with Clement “Coxsone” Dodd’s famous sound system, which played American records to the masses at venues around the country.

When Dodd moved into record production and created his Studio One label, Scratch helped him out by talent spotting, arranging sessions in the studio and writing songs. Though he was not blessed with a great singing voice, from 1961 he also began recording songs in his own right. Among his early output of around 30 singles was Chicken Scratch, the song that gave him his nickname.

Perry was one of Dodd’s key men in the early 60s, but was never well rewarded for his efforts and in 1966 he split acrimoniously with his boss over personal and financial matters. Fallings-out were not unusual where Perry was concerned, and his other longstanding nickname was “the upsetter”. He went on to work as a freelance for various producers, and in 1968 set up his own Upsetter label.

By now he was a recognised leader in his field, and Trojan Records in London even established its own licensed version of the Upsetter imprint to put out his singles – one of which, Return of Django, reached No 5 in the UK charts in 1969. It was Perry’s decision to sell his Wailers tapes to Trojan and pocket the money for himself that brought about a temporary end to his relationship with Marley. However, the subsequent album, African Herbsman, became one of the foundation stones for Marley’s recognition, and the two were to work together later, notably on the single Punky Reggae Party.

Perry began building the four-track Black Ark studio in the backyard of his Kingston house in 1973 and for the next five years produced some of the great works of reggae from its cupboard-like domain. The studio had a mystical air about it which Perry put down to the presence of extra-terrestrials, but in reality the dense underwater sound that emerged from its walls was due to the constant overdubbing of material and consequent loss of sound quality. Improvisation was also the watchword, and Perry would often pluck unknown musicians off the street to join a session. The classic single by Junior Murvin, Police and Thieves, took form in this way, when Perry overheard the young singer strumming the nascent tune in the adjoining backyard. 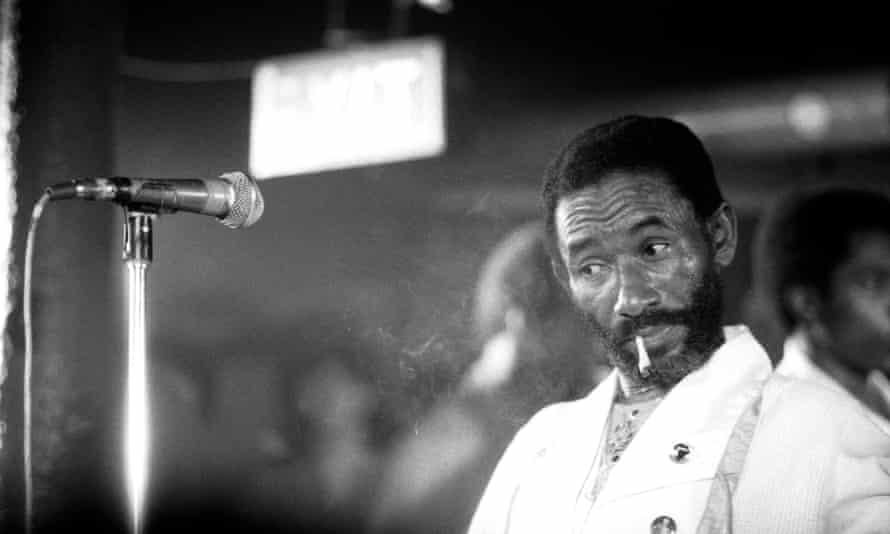 In his heyday, Perry was focused and clear-headed in the studio, able to convey exactly what he wanted. But in other arenas he was far from coherent. During the extended period of erratic behaviour that led to the burning of the Ark and the breakup of the relationship with the mother of four of his children, Pauline Morrison, he took to walking backwards in the street, daubing the studio and his house with arcane graffiti and pounding the ground repeatedly with a hammer. Though he was arrested for arson after the fire, he was released due to lack of evidence, and the exact circumstances of the incident were never determined. Perry was not about to enlighten anyone, for he always preferred to talk in rhymes and riddles.

After this episode, Perry left for the US before moving on to Amsterdam, then London in 1984 and eventually Switzerland, where, in 1991, he married Mireille Campbell-Rüegg, a businesswoman with whom he had two children; the couple returned to Jamaica in 2020.

He made several albums of variable quality, appeared live on many occasions, and produced various artists in the late 80s, all the while stalked by wild stories of his odd behaviour. There had been a half-hearted attempt to rebuild the Ark, during which Perry constructed a duck pond in the drum booth, but it came to nothing.

Instead, during the 90s, his old material found favour among a new generation of fans and he benefited financially and critically from a plethora of reissues and compilations, including the comprehensive Arkology (1997).

He collaborated with the dub producers Mad Professor and Adrian Sherwood and did some production work for the Beastie Boys – and in 2003, won a Grammy award for Best Reggae Album with the recording Jamaican ET.

In an eery echo of his days in the Ark, in 2015, Perry’s recording studio in Switzerland was damaged by a fire that destroyed various unreleased recordings and some of his stage gear. While much of his later work was a disappointment to his followers, he continued on his unconventional and unpredictable path to the very end.

He is survived by Mireille and his children.

Football stickers being sold for THOUSANDS