It was in mid-morning when María Elena Villacís got a WhatsApp message from her brother Darwín, who was jailed in the Litoral penitentiary, a notorious prison in the coastal Ecuadorian city of Guayaquil.

Knowing the prison’s violent reputation, María Elena replied: “I’m praying for you, for the four of you. Take care for God’s sake.” Then she called the police.

That was the last time she ever heard from Darwín, 27, the brother she was closest to. His mutilated body was returned to the family last Friday, and buried together with those of his two murdered brothers, Daiby, 28, and Jhonny, 25. All three had shared a cell in Wing 5, the centre of a wave of violence which engulfed the prison on 28 September, killing at least 119 inmates and injuring about 80.

Maria Elena Villacís standing in front of a poster showing her deceased brothers at her home on the outskirts of Guayaquil, Ecuador. Photograph: Dan Collyns/The Guardian

Villacís’s only consolation is that a fourth brother, Daniel, was also held in the prison, had survived. He was housed in Wing 11 of Ecuador’s largest jail and escaped the brutal battle in which inmates were hacked to pieces with machetes, stabbed, shot or even blown up with grenades.

It was the deadliest prison riot Ecuador has ever seen, and the scale and savagery of the violence has stunned the country. But it was the third such upheaval in Ecuador this year: in July, 22 prisoners were slaughtered in the same prison; in February, 79 inmates were killed in coordinated clashes between prison gangs across the country.

At a mass in Guayaquil’s cathedral on Sunday, President Guillermo Lasso asked God to comfort “the fathers and mothers, the brothers and sisters, the wives and children” who had lost their loved ones. Just a few months into office, the former banker has laid out $75m to overhaul the country’s prisons as his high approval ratings are dented by the crisis.

Such was the ferocity of the violence, it took days for the security forces to retake control of the prison and recover the bodies, many of which had been mutilated or burned. Maj Rubén Terán, in charge of Guayaquil’s police forensics laboratory, said on Monday night that 107 of the 119 bodies had been identified and 93 had been handed over to their families. But he added discreetly that “12 bodies could not be identified because of the condition in which they were found, as a result of being burned.” 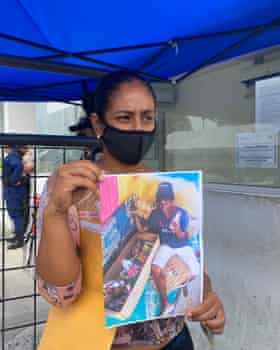 On Tuesday, hundreds of people gathered under the baking midday sun outside the laboratory which doubled as a morgue, looking for their dead or desperate to know what had happened to their prisoner relatives.

Holding up a colour photocopy of a photo of a smiling Afro-Ecuadorian man with short dreadlocks, Tatiana Intrigado, 34, said she wanted to bury her friend, Eduardo José Valencia, but had not been allowed to remove his body as he had never been registered for identity documents.

“It’s been eight days since my boy died and I still can’t get him out of the morgue,” she said.

Luz Proaño, 74, was desperate for news of her grandson, Julio César León. “They told me he’s not on the list of dead or injured but I’ve had no communication with him,” she said. 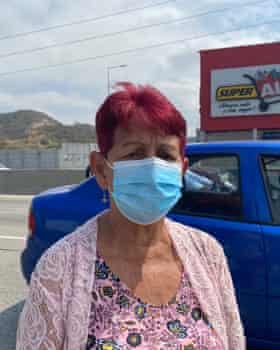 Nearby, a group of police officers shared cellphone videos of a decapitated head impaled on a machete. As the video was passed from phone to phone, a young officer chuckled at the shocked reaction of a passerby who was shown the images.

Beheadings, mutilations and torture have for years been the trademark for Mexican drugs cartels, but such barbarity is relatively new to Ecuador which, despite growing crime and insecurity, has one of the lowest homicide rates in Latin America and the Caribbean.

“Five years ago, we didn’t have this problem of narco-violence,” Jorge Villacesis, a security company director in Guayaquil, told the Guardian.

The country, sandwiched between Peru and Colombia – the world’s two biggest producers of cocaine – has become a smuggling superhighway. And in the fight to control trafficking routes, Mexican cartels have imported their own conflict – and their own bloody methods.

The feared Sinaloa and Jalisco New Generation cartels have recruited local criminal gangs – Los Choneros and Los Lobos respectively – in the battle. The result has been mayhem.

“In Guayaquil, the people are scared to go out on the street. The police are ineffective and the justice system doesn’t work,” said Villacesis. The recent surge in violence in the prison appears to have been driven by a power struggle between imprisoned kingpins – seven of whom were held in Litoral penitentiary.

Bolívar Garzón, the newly appointed director of Ecuador’s prison service, SNAI, confirmed the violence was “the result of a conflict between organised crime groups for power inside the prison”.

“They fought and attacked wing 5, then wings 8 and 9, and finally wings 3 and 6. It was a real massacre, that had no justification whatsoever,” he told the Guardian.

Garzón added that overcrowding was another factor: the 5,000-capacity prison currently holds 8,500 inmates. Prison guards were completely outnumbered, sometimes by up to 300 to one. 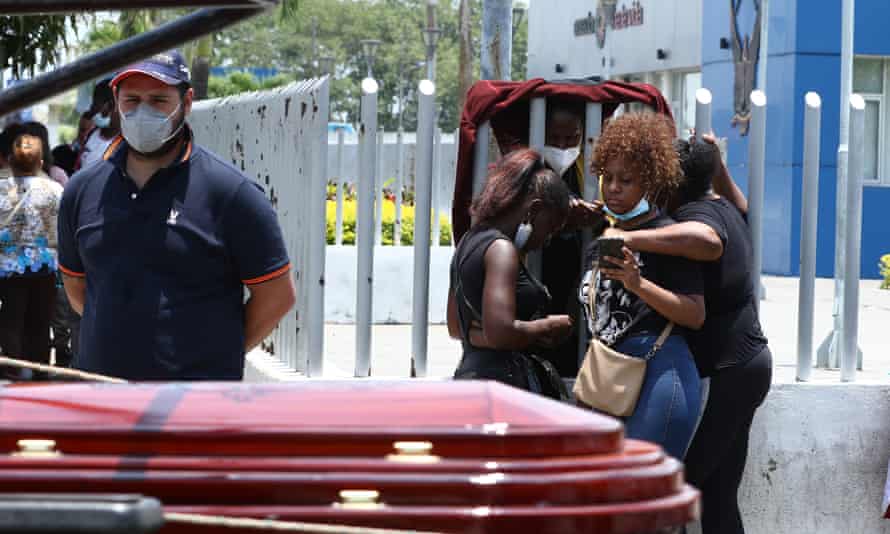 The unarmed wardens were also outgunned: as armed police and soldiers retook control of the jail on the weekend, they discovered an arsenal: 13 automatic rifles and handguns, more than 1,000 bullets, 250 bladed weapons, five grenades, as well as 60 mobile phones and six kilos of drugs.

After the riot, the government promised to pardon thousands of elderly, infirm and female prisoners, but for the families whose relatives remain inside the Litoral penitentiary, the trauma is not over.

Outside the heavily guarded entrance, people clamoured for news, or haggled with lawyers who had set up shop on the street outside. 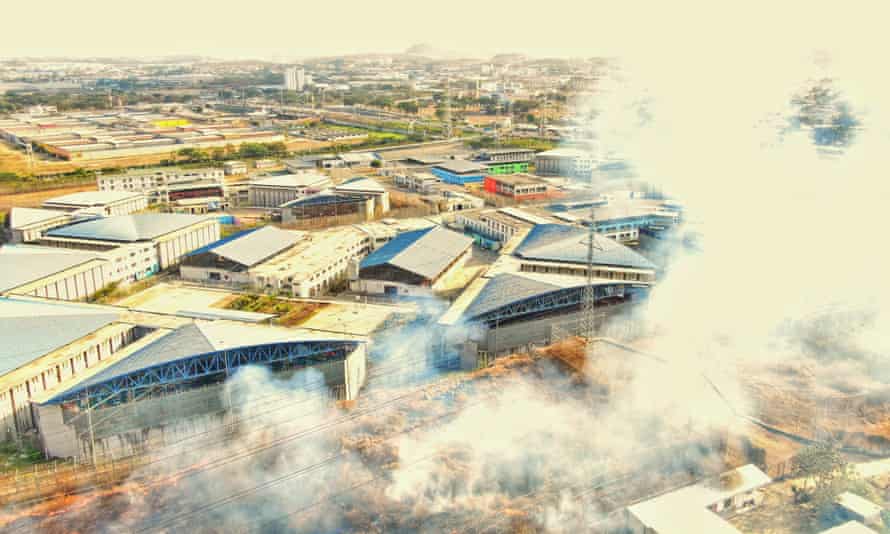 Miriam Huacón, 45, was among the women standing vigil outside the jail, terrified that her son was in mortal danger.

“How would you feel if your son, a drug user, had to come and die in such a nasty jail, surrounded by criminals who started such a tremendous massacre, in which people were cut up,” she said.

Back in her dirt-floored home, María Elena Villacís insisted her brothers had been swept up as easy targets by the police and were not violent gang members. They would have been due for parole this month.

“When they were inside, my brothers never messed with anyone, they never had problems with fights or anything like that,” she said, sitting next to an impromptu shrine to the three men.

“My brothers were unfairly put in that wing with dangerous criminals. If you go to jail and you don’t have money, you can’t get out, because only money talks,” she added.