As a white South African, Sue Dobson risked arrest, torture and imprisonment spying for the black nationalist cause during the latter days of the brutal apartheid regime. She was a middle-class woman in her 20s when she joined the African National Congress (ANC) and infiltrated the white minority government – even having a honey-pot affair with a police official to obtain information, with the full support of her husband, a fellow activist. When her cover was blown in 1989, she fled to Britain, where she sought political asylum after threats to her life.

Now, for the first time in 30 years, she is ready to talk publicly about her story – that of a “very ordinary” woman who played an extraordinary part in fighting racism.

She told the Observer: “It’s because I’m ordinary that I was able to do the work that I did because I wasn’t suspected … My ordinariness has been my strength, strangely.”

Now 59, having come to terms with painful memories, she has written a memoir that has inspired a film before it has even been published.

If Dobson had been arrested, she would have faced up to 15 years in prison and torture. “The charge would be treason,” she said. “The South African security chiefs were renowned for their barbaric interrogation routine. Many people died during interrogation. They were thrown out of windows. They were beaten so badly that they were brain damaged. There were particularly unsavoury techniques like electric shocks to the genitals …

“The unfairness of it all is that I probably would have been beaten, but not as severely as someone who was a different colour. So, even in the interrogation rooms, racism was very much an issue.”

Over a number of years, Dobson passed information to the ANC while working as a journalist for a government-supporting newspaper, The Citizen, the state-run South African Broadcasting Corporation, and then as an employee of the government’s information bureau.

Dobson and her then husband, Peter, a computer analyst, had become involved with the ANC through his sister, also an activist.

While Peter accessed information from defence companies linked to the South African government, Dobson was out in the field, using dead-letter drops, invisible ink and clandestine meetings to share intelligence.

These were techniques that the couple had learned in the Soviet Union, having visited secretly for several months of military and intelligence training.

Dobson said: “At the time, the Russians assisted people in the liberation movements through training. I was trained in radio work, explosives, intelligence work. The skills ensured my survival.”

She added: “My ANC brief was to get as close to government as I possibly could … I went through security clearances. I had access to the minister for internal affairs, I interviewed the minister for foreign affairs, the late Pik Botha.”

Over several months, she had a honey-pot affair with a police official, who confided information that she passed to the ANC: “It was probably the most dangerous point in my work. If he’d worked out who and what I was, I wouldn’t be having this conversation. Peter was aware of the affair. He understood my motivation. I was not doing that for my own selfish reason, but for something that I believed very strongly in.” 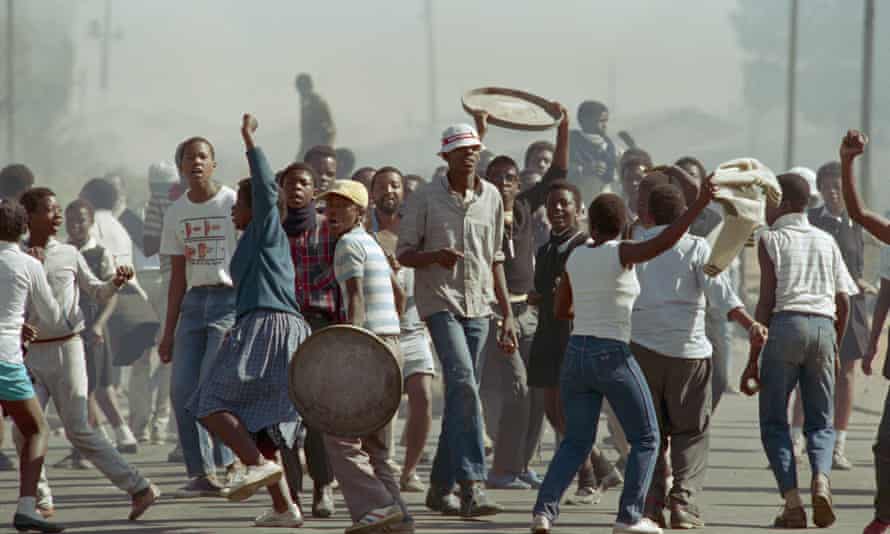 She impressed her government superiors and was being considered for a post in the office of the president, FW de Klerk, when her cover was blown. Another security clearance discovered her sister-in-law’s ANC connection.

Under cover of night, Dobson fled to Botswana, where Soviet contacts put her on a plane to London in October 1989: “The Russians saved my life.”

But her ordeal was not over. She struggled financially: “The South African government had seized everything we had.”

She also feared reprisals: “I was looked after by the royal protection squad because they believed that there was a threat to my life.

“We had had a couple of assassinations of high-ranking ANC officials in Europe and I had been warned that I was on a list, that I could be terminated…

“We had to be very vigilant for things like letter bombs. They had a particularly unpleasant technique of putting poison into parcels so, if exiles opened something, they would be poisoned. It was very difficult to live a normal life.”

The film – titled Burned, inspired by the term for a spy being revealed – will be shot next year.

Cristiano Ronaldo to get Man Utd No7 shirt as Cavani ‘gives it up’, Trippier deal back on, James set for loan