There was a time when the vast Lake Chilwa almost disappeared. In 2012 it had been extremely hot in southern Malawi, with little rain to fill the rivers that ran into the lake.

“Many fishermen were forced to scramble for land near the lake banks, while others had to migrate to the city,” says Alfred Samuel. “We could barely feed our children because the lake could not provide enough fish, or water for rice growing.”

The 52-year-old from Zomba district has fished the lake since the 1980s and is used to fluctuating water levels. But the weather has become increasingly unpredictable, threatening the livelihoods of more than 1.5 million people across the three districts that depend on Malawi’s second-biggest lake.

When the missionary and explorer David Livingstone reached the lake in 1859, he reported it being 60 to 80 miles long, or roughly twice the length of today.

Friday Njaya, Malawi’s assistant director of fisheries, says that as water levels vary by season, the lake can cover more than 2,000 sq km (775 sq miles) during the rains. But recent years have seen it contract to less than 1,200 sq km.

In 2018 the lake shrank by about 60%, forcing most of those fishing on it to relocate to Lake Malawi to sustain themselves. There are fears that the trend could be repeated this year as the Lake Chilwa basin received less than 1,000mm of rain this season. The lake requires more than a metre of rain across the basin every year to sustain water levels.

The unreliable rainfall patterns are, according to experts, the result of human activity, especially deforestation, which plays such a critical role in environmental degradation and the climate crisis.

Njaya says that in terms of fishing, and cultivating rice and maize along its shores, the productive value of the lake should be about $17m (£12m) a year, but that has now fallen to about $5m. 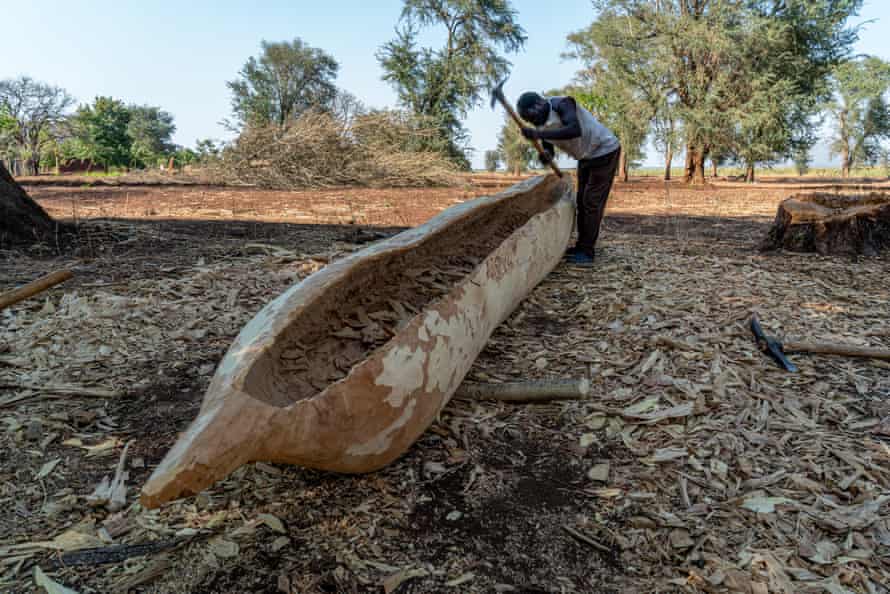 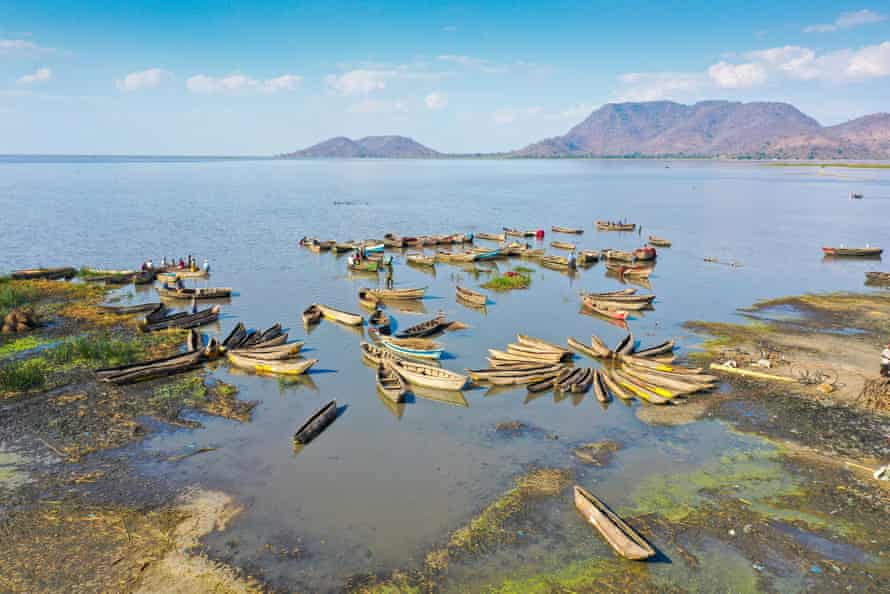 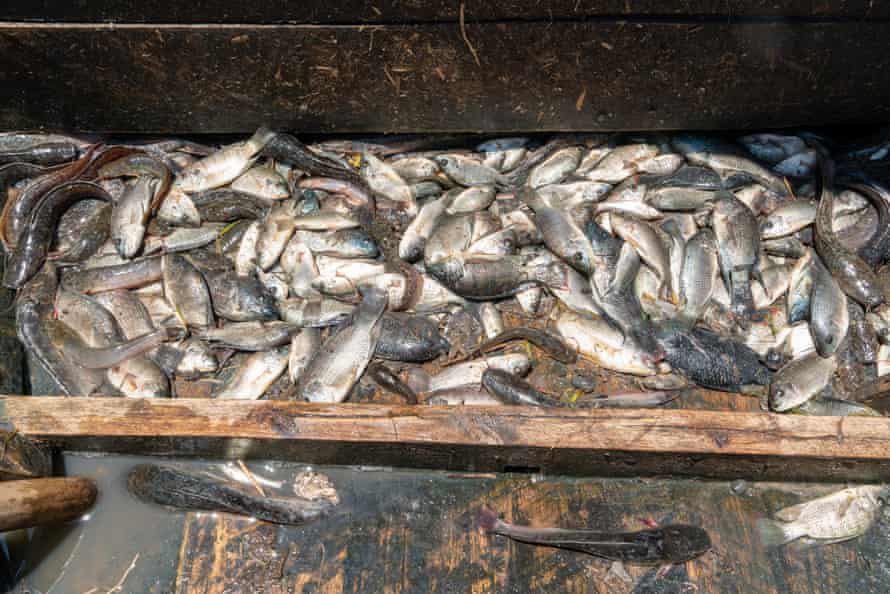 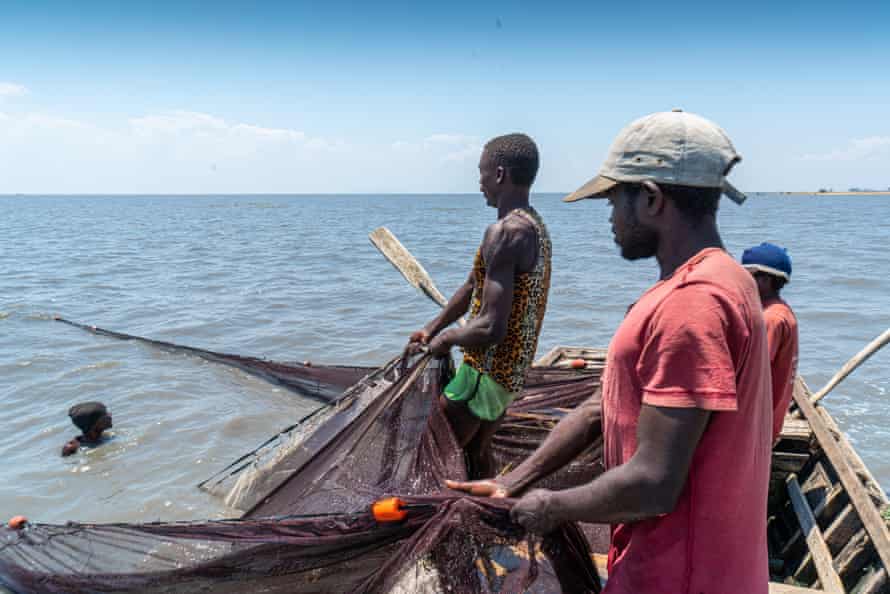 Samuel says: “I now only catch enough fish for my family and my fears are that if the changing climate patterns are not reversed, the lake might completely dry up in the near future.”

If we are struggling to feed our children because of the current economic conditions, I don’t know what the future holdsDaniel Chiwalo

“Fishing has been getting hard. We are trying to engage in other activities, like basket weaving and hunting birds, but we still cannot make ends meet as the bird population has also been affected.”

Daniel Chiwalo also fishes in the lake and says his catch has fallen by half since 2012. “If we are struggling to feed our children because of the current economic conditions, I don’t know what the future holds for us in terms of the climate situation,” he says. 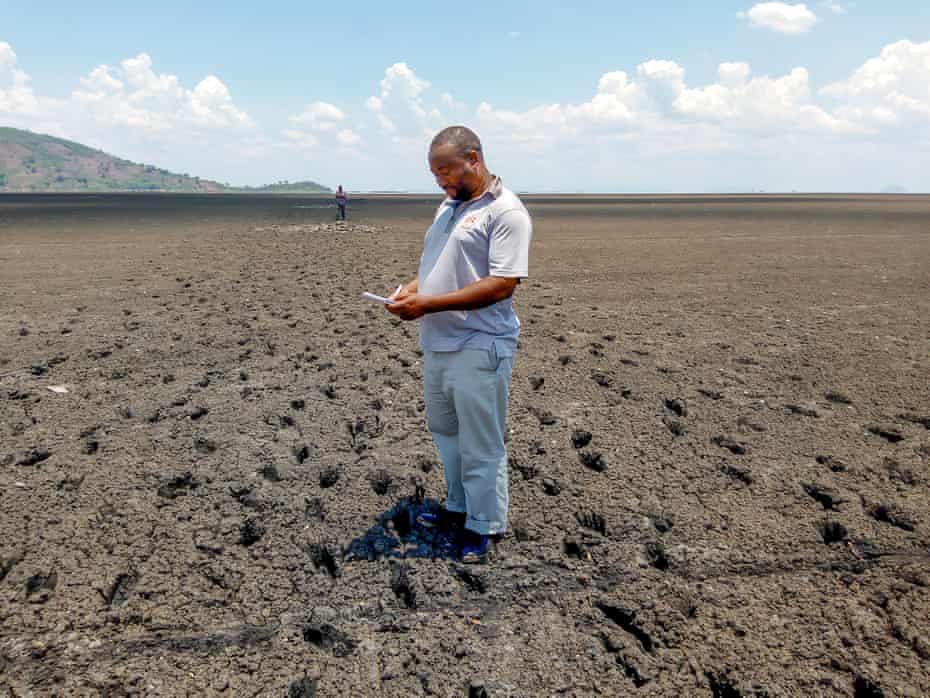 “Climate change has introduced extremity in weather. We are having more dry spells and that is why the lake seems to be drying more frequently than it used to in the past,” he says.

“Some people grow their crops on the lake’s shoreline and on riverbanks that feed into the lake, in the process cutting reeds and other plants that prevent soil erosion and siltation of the lake,” he says. 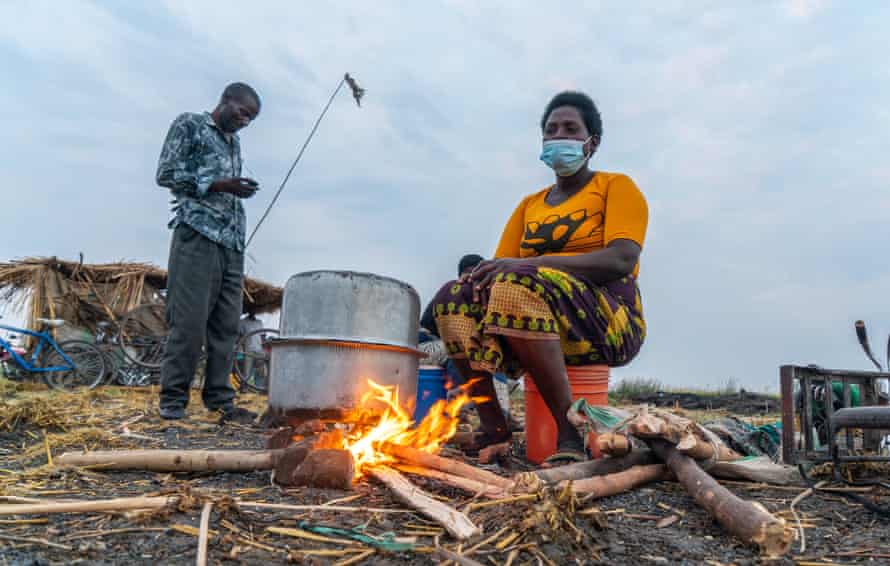 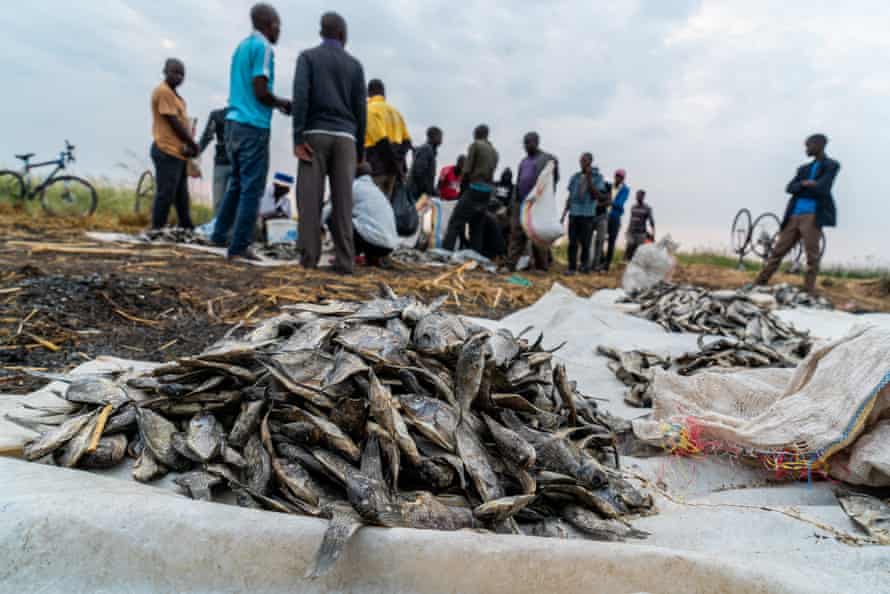 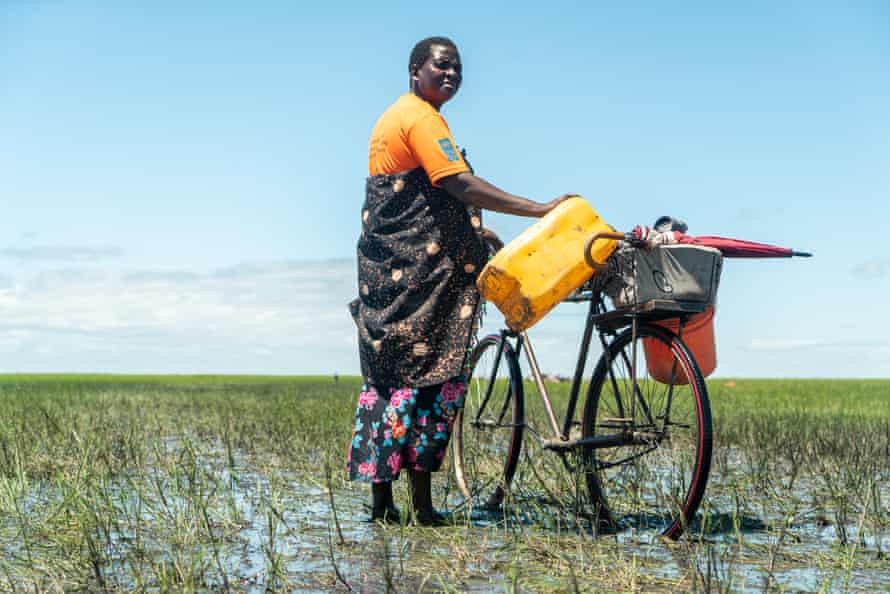 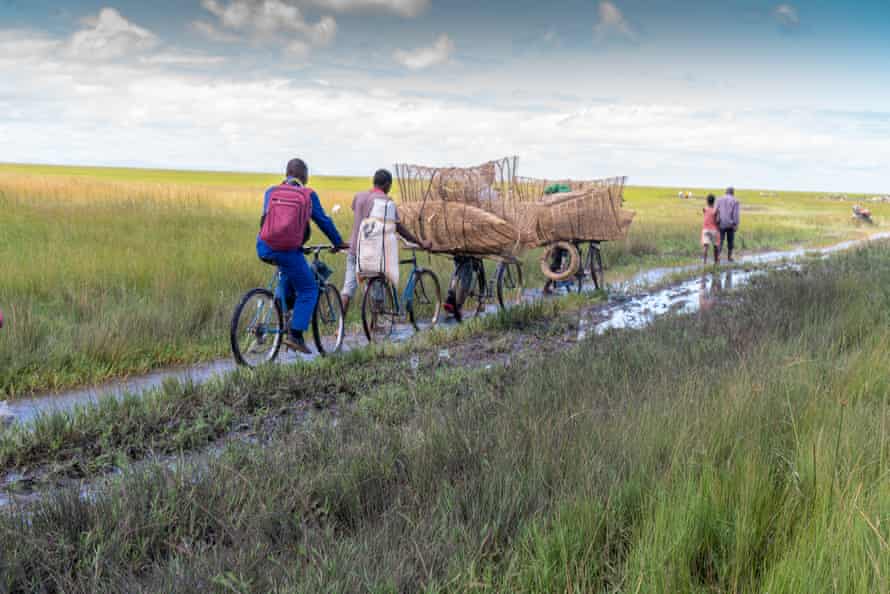 “Rice growing does not have a direct impact on the dwindling water levels on Lake Chilwa, but we have cut a lot of trees along the rivers that feed into the lake and it affects us economically and socially,” he says.

But, according to Samuel, projects designed to encourage farmers to change their methods – such as the Lake Chilwa Basin Climate Change Adaptation Programme – have not had a lasting impact. 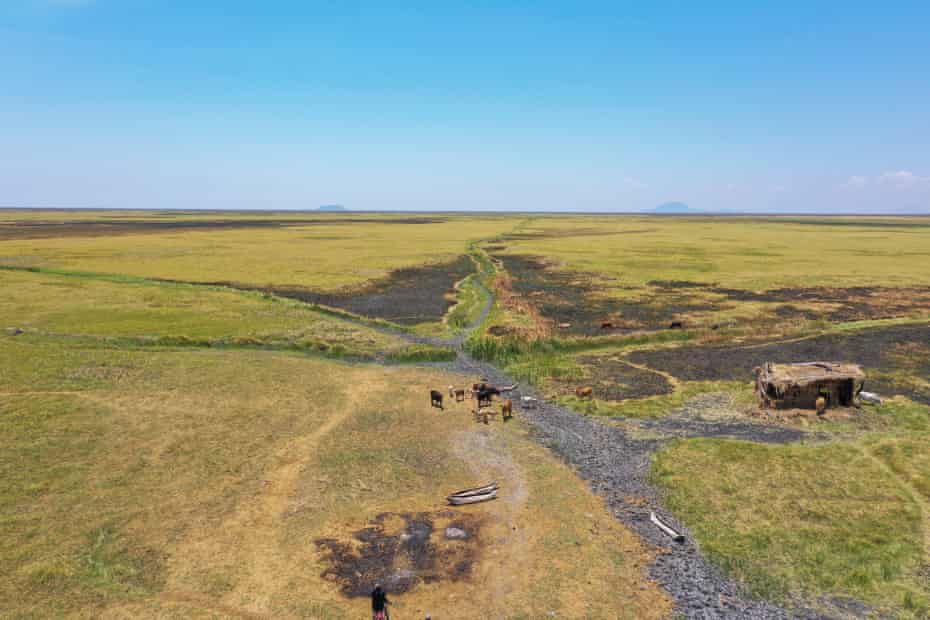 Chiotha, who was involved in the programme, says the projects built resilience among communities and ecosystems by encouraging tree planting and better farming practices, such as shallow wells for irrigation and not planting too close to the shore.

Samuel claims that many farmers still believe moving their crops will affect quality. 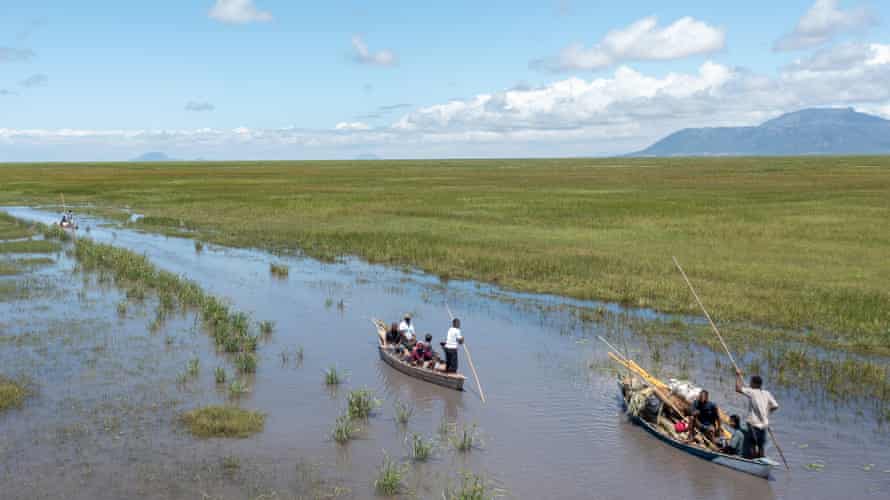 N’kagula of Zomba, a traditional leader, says farmers are getting poorer as declining water levels have left them struggling.

“We live in a society where everything is changing,” he says. “We have to accept that climate change is real and we are equally responsible for what is happening. Let’s just be responsible.” 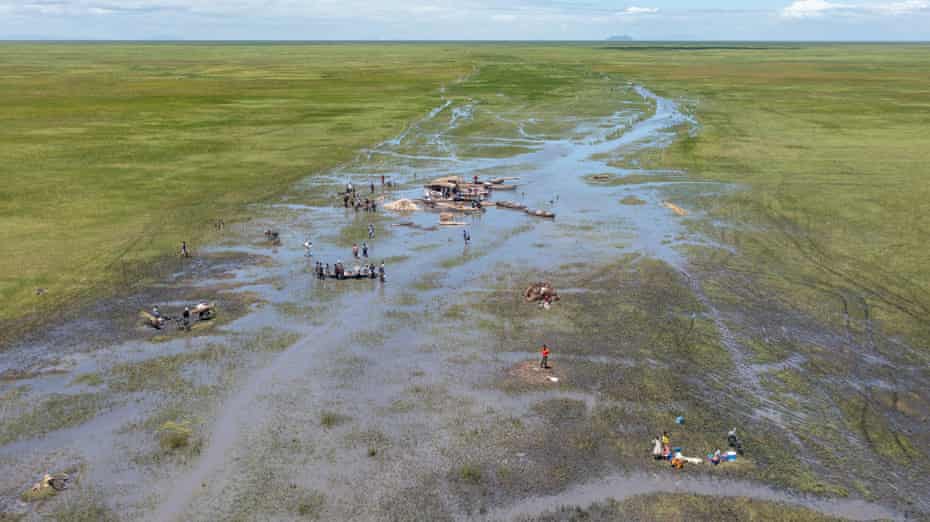 Why are all the electricity suppliers saying ‘no’ to installing a meter? | Consumer affairs