CLOTHES shops are among the high street retailers preparing to open their doors again from Monday – but what about fitting rooms?

Changing rooms have been closed for a year after Covid-secure guidance meant they had to remain shut when stores reopened following the first national lockdown. 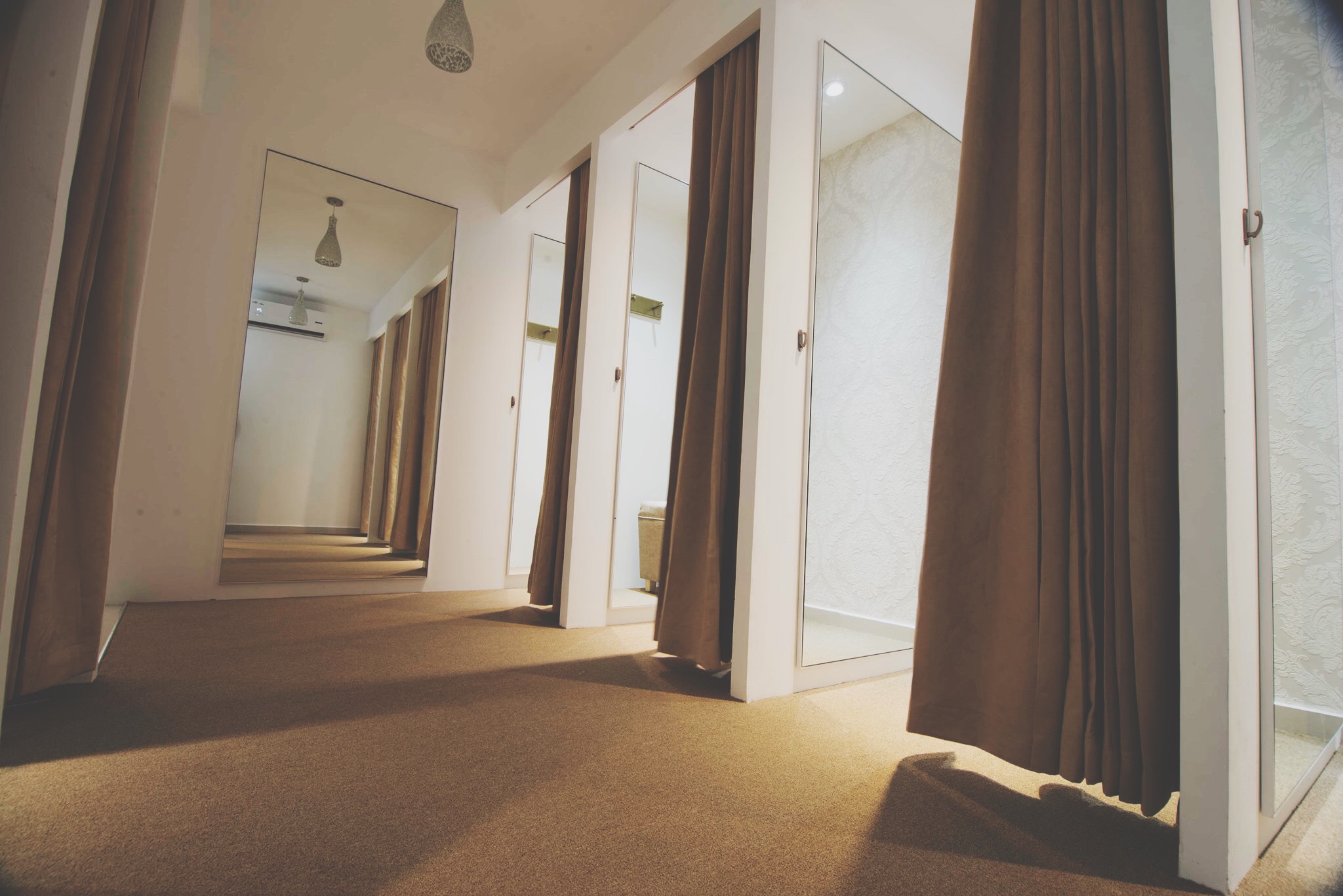 Shops can reopen changing rooms from Monday but not all retailers are planning toCredit: Getty

Now, the Government has given fashion brands the go ahead to open changing rooms when stores reopen, so customers can try before they buy.

But due to the Covid-secure rules, not all retailers will be opening them again, or at least not to start with.

Here’s everything you need to know about fitting rooms when stores reopen on Monday:

Will changing rooms be open on Monday?

Shops are allowed to open fitting rooms when they reopen from April 12 without the need to quarantine clothing afterwards.

Previously shops were ordered to keep their changing rooms shut, after they reopened last summer.

But retailers have been calling for change amid fears people won’t return to high streets and will continue shopping online.

However, retailers don’t have to offer the service again and some are choosing not to.

What rules are there for fitting rooms?

Retailers and customers will have to follow Covid rules when using fitting rooms to try on clothes.

Shop managers will need to leave it “several minutes” between customers and cubicles should be cleaned regularly.

Stores are also advised to deploy a member of staff to control entry to changing areas and allow only one person at a time into a cubicle.

But the rules stop short of saying that clothes should be quarantined before being put back out on the shop floor again, like what was required of them before.

The guidance says: “The enclosed nature of fitting rooms may result in increased risk of transmission of Covid-19. They should therefore be carefully managed to reduce that risk.

“Retail businesses should update their risk assessments for each premises where fitting rooms are being used.”

Which stores will be opening changing rooms on Monday?

John Lewis will open its fitting rooms when stores reopen, along with other in-store services like kids shoe fittings and home design services.

Rules in place to keep customers and staff safe include wearing of face masks (unless exempt) and social distancing.

The retailer will have staff on the door to help customers, manage queues and keep an eye on the number of people in store.

Fashion brand H&M has said it will be reopening some of its fitting rooms when stores open next week.

It is not clear exactly which stores will be affected so it may be best to contact your local store before heading out.

You can find the contact details but typing in your postcode to the store locator tool.

River Island hopes to reopen most of its changing rooms from next Monday so customers can try clothes on before buying them.

Customers will be able to head back to River Island stores in England and Wales next week.

They’ll have to follow Covid-secure measures though, such as wearing a mask, social distancing and hand sanitising regularly.

Some stores have confirmed they will be keeping changing rooms closed for now. These include:

Next is still deciding on whether to reopen fitting rooms to allow customers to try on close before buying them.

The retailer is looking at the practicality of implementing the rules to changing rooms open, such as having an extra staff member on hand to man them.

As it stands, the changing rooms will not be open but this could change before April 12 and we’ll keep you updated.

TK Maxx told The Sun it won’t be opening fitting rooms for customers when store reopen on Monday.

The retailer has 349 stores across the UK, of which 307 stores are located in England and Wales.

On the plus side, the high street fave will also have extended opening hours as nearly all of its locations that are reopening.

The Sun has had a sneak peek at the Oxford Street store ahead of opening to check out what’s in stock.

Plus, we got a first-look at its first-ever maternity range and prices start from £4.

Tesco won’t be reopening any of its F&F clothing changing rooms when they are allowed to open again on Monday.

Currently, there are no plans to get the service back up and running again.

Tesco shoppers have been able to pick up clothes while on their grocery shop as supermarkets have been allowed to stay open throughout lockdown.

M&S has said it will not be opening fitting rooms when shops open again next week.

However, the retailer it starting up its bra-fitting service again.

Customers will be able to book appointments for “no contact” fittings and a member of staff will advise shoppers on how to measure themselves.